The phone balanced high-end quality with a mid-range price tag, offering a top of the range smartphone on the level of a flagship Samsung Galaxy for half the price. When word got out – through social media and tech sites who marvelled at the quality to price ratio – consumer interest spiked.

People wanted a OnePlus One.

But getting hold of one wasn’t as easy as going online or taking a trip to the local phone store and handing over the cash. You couldn’t even stand in line for it. There was no pre-order or exclusive carrier pay monthly deals.

The only way purchase a OnePlus One was by invitation-only –  by winning an online contest or being lucky enough to be chosen from the company’s online forum.

It was a unique way of marketing a phone that sent demand through the roof. People were intrigued. Traffic to the company’s website hit 25.6 million in December 2014, putting the brand well ahead of the competition in the online search stakes.

People like exclusive things. They want to feel like a VIP; to have what others don’t or can’t have. The appeal of exclusivity is how brands such as Gucci and Louis Vuitton can thrive without the kind of mass marketing used by so-called “lesser” brands.

Being able to instil the feeling of exclusivity is a way to build intrigue and interest, and create demand. Make people feel like they're part of a select group experiencing something special, and they’ll become invested in your product, and brand, for life.

This is something we were able to achieve with the launch of Setapp and, with the right approach, something you can do with your own product launch.

Our approach involved a three-stage process whereby growth was accelerated by giving people access to a product that only they, and a select group of other Mac users, could use. This go-to-market strategy can be implemented at the start of your own launch with equally impressive results. Here’s how it’s done

Beta is an essential and natural step in any product launch. It relies on a willing and dedicated group of participants using a product before release to test and provide feedback. This gives a chance for bugs to be fixed, improvements to be made and kinks to be ironed out before a product is released to the public.

It’s a great way to give fans a behind-the-scenes look at your product while allowing you to glean indispensable info on what works and what needs improvement. It’s a win-win.

Typically, Beta is the step immediately prior to public release. And it was in the case of Setapp too. However, first, we opted for a “Beta before Beta” approach, where we’d get to choose the target audience of exclusive users.

This is a key stage in the launch period because it takes a LOT of work. The closed Beta stage involved us defining a target audience, and crafting unique pitches to over 1000 people in the media –  from industry influencers to journalists to bloggers and vloggers.

It would have much easier to take to social media to find willing participants, but that would have removed the exclusivity and potentially watered-down the audience.

At this stage, you want to find people in the know within your industry. Respected people with audiences of their own. Target these people and, providing they’re willing to get on board and are enthused by your product, the marketing takes care of itself.

In order to bring the right people on board, there are some crucial steps that you need to take:

The next stage is what many consider to be the first stage. But by offering a closed Beta, our exclusivity was already paying off.

Done right, after testing the product, your initial target audience should be keen to talk about it. Let them do so. Let them spread the message far and wide. This will build interest and anticipation in your launch and work in your favour when it comes to invite-only Beta.

With growing awareness, pitching to the press and bloggers becomes easier. It also brings people to you.

To capitalize on the growing buzz around Setapp, we introduced a mailing list where people could sign up for early access if they promoted the product via social media, online or in blogs. This brought along tech-enthusiasts and early adopters to complement the industry audience of journalists and influencers, who at this stage were receiving between 50 and 100 invite-only beta accounts to help spread the word further across search engines and social media.

Opening up a mailing list allows you to showcase your product to an audience that will most likely become end users – your target audience for when the product goes live. This makes the user experience part of your launch critical. Make sure that everything from product access to feedback submission is seamless for early adopters. And make an effort to let them know feedback (even if it’s criticism) is valued. After all, these are the people that will shape the product that goes to market.

Don’t rush this stage through, though. Invite-only Beta is the stage before your product goes live. Make sure no stone is left unturned in development, branding and marketing. 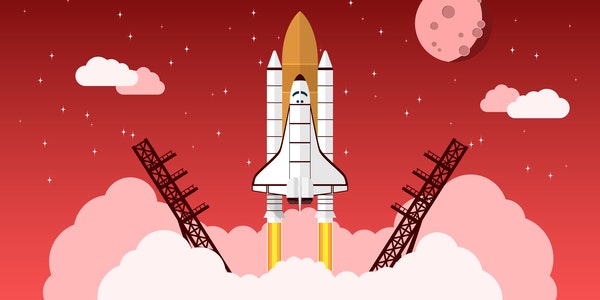 This is where all your hard work during the Beta phases comes to fruition.

Providing everything has gone according to plan, you should have an active community talking up your product online. You will have retained that feeling of exclusivity too.

Now you’re dealing with a paying audience that isn’t already invested in your product. This is where it becomes important to have a product that delivers on expectations and offers value, as well as a customer experience that answers the user’s every need.

At the launch of Setapp, we introduced a free trial.

This is something worth considering for your own launch as it puts the power in the hands of the customer. They get to sign up for free and trial the product in-depth for 30 days. That’s plenty of time for them to decide whether something is to their liking. Signing up also gives that feeling of exclusivity – allowing the customer to get hands-on with a product that website visitors can only read about.

Through planning, marketing, development, and a willingness to adapt, it’s possible to launch a product that achieves both exclusivity and industry-wide appeal. It’s not easy, but we're proof that it can be done, so there’s no reason why you can't make it work too. Good luck!