Welcome to our annual Mac Developer Survey report. This is the sixth time we’ve rolled out this big survey, asking Mac developers questions about the industry, Apple trends, software development and distribution, and more. This year, we focused on Apple Silicon, security updates, and app distribution methods. We also got some surprising insights about the effect Russia-Ukraine war had on the industry, and asked developers about their plans for 2022. 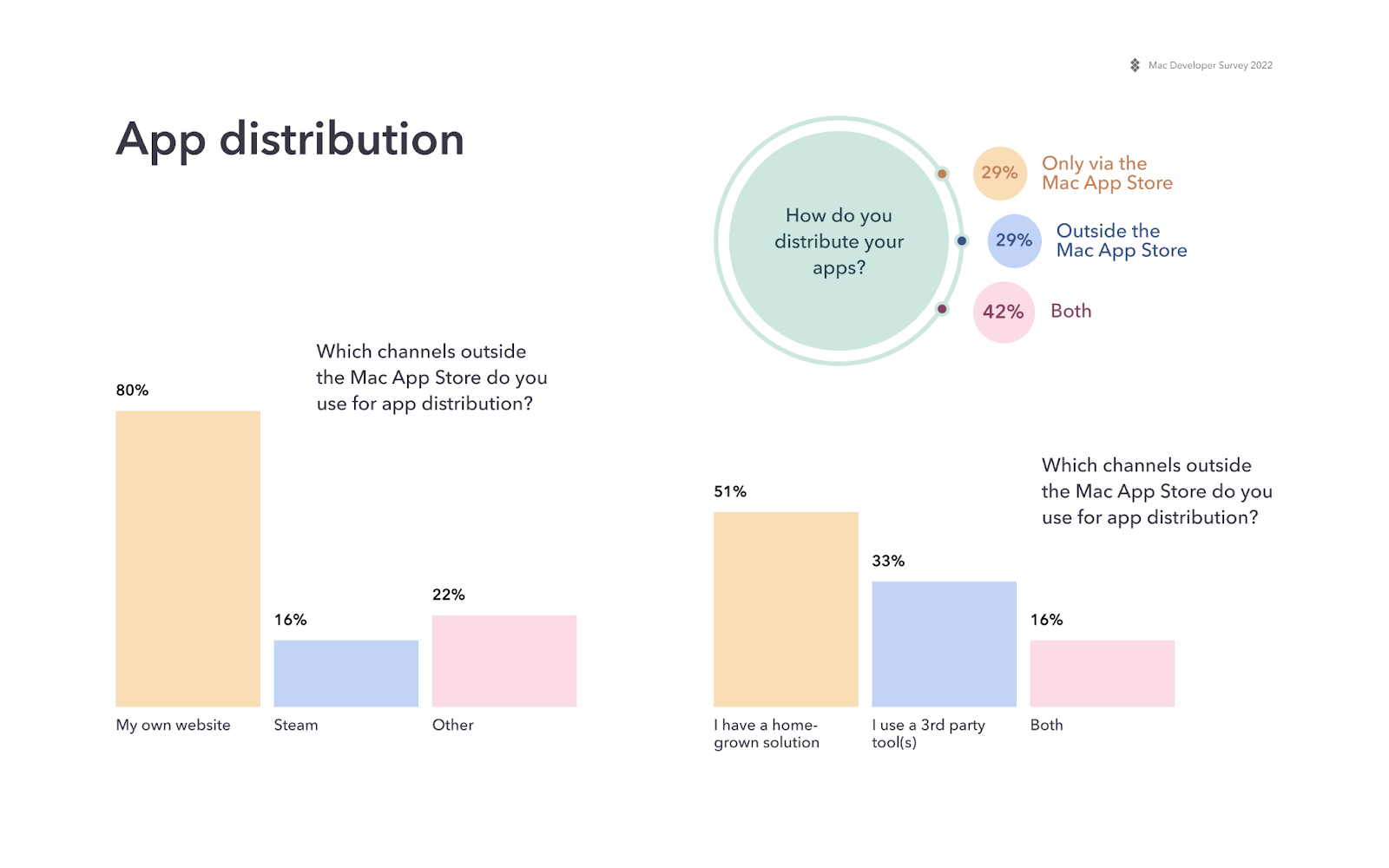 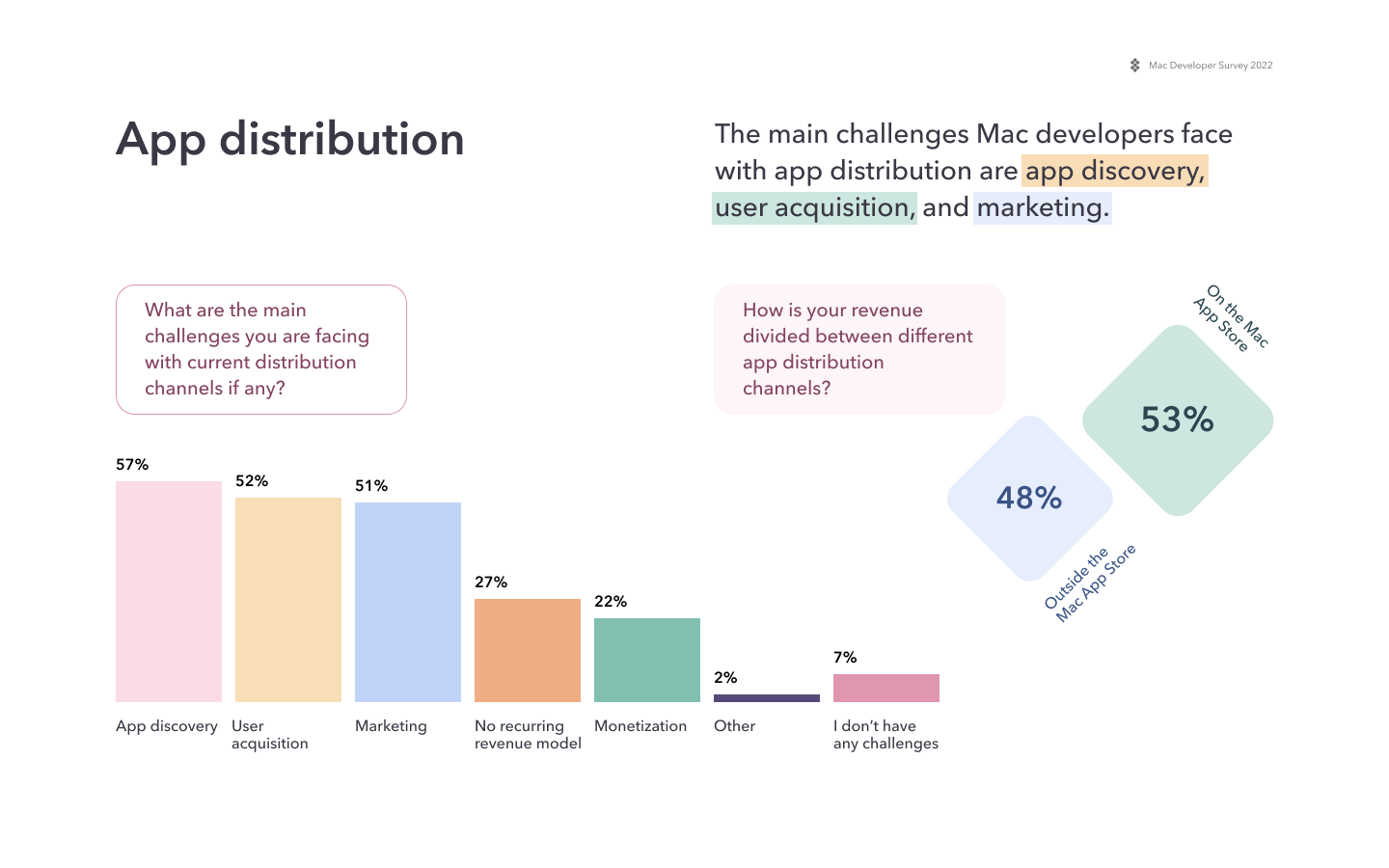 Subscription model is trending up 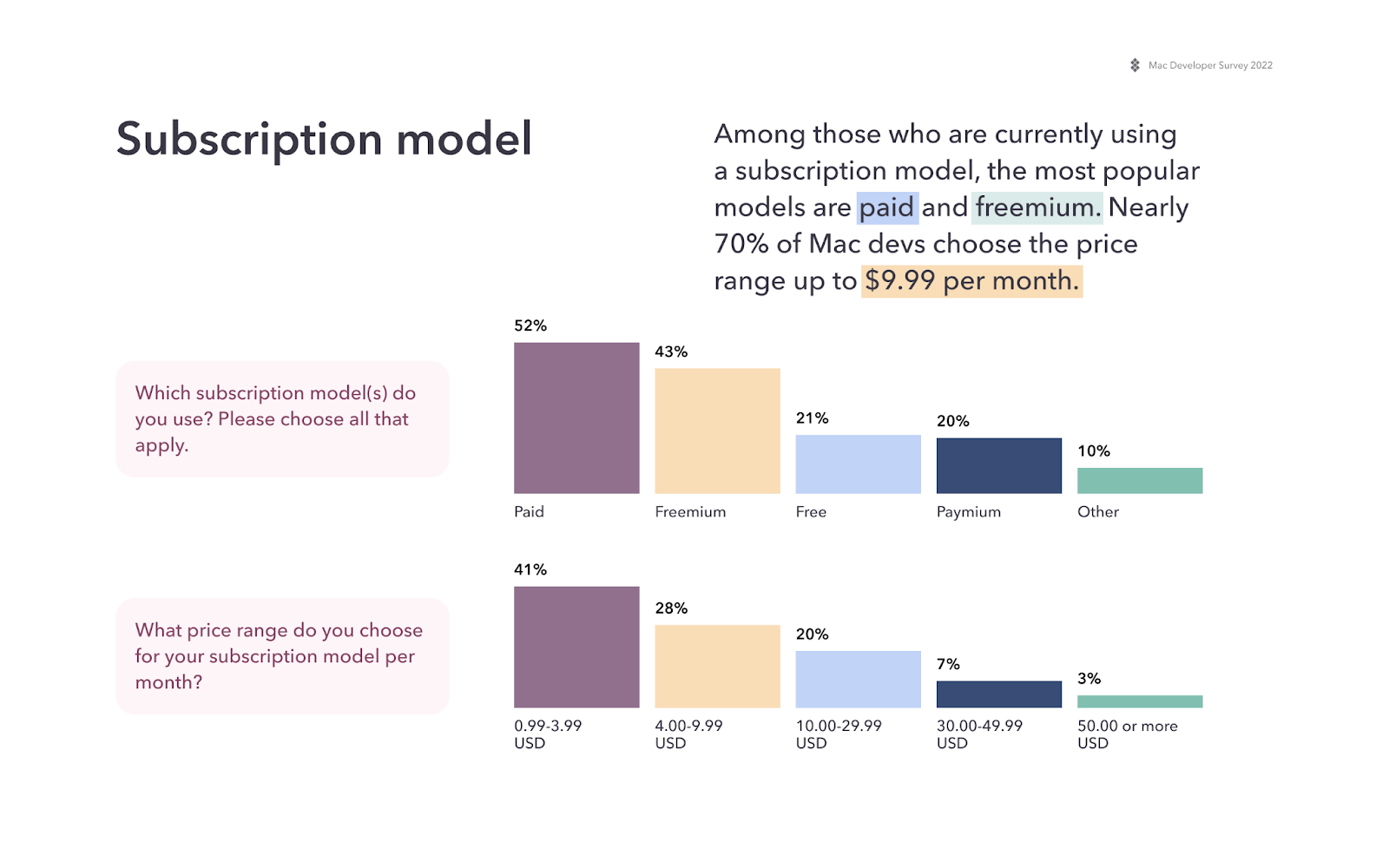 We have 81% of happy-with-Apple-Silicon developers this year. As Apple celebrated the first anniversary of M1 chip release in 2021, 63% of Mac devs had already moved to M1 Macs, and another quarter of respondents are planning to switch soon. Obviously, developers also want to make their software compatible with Apple Silicon: 71% rolled out the updates by now and 18% are working on that. 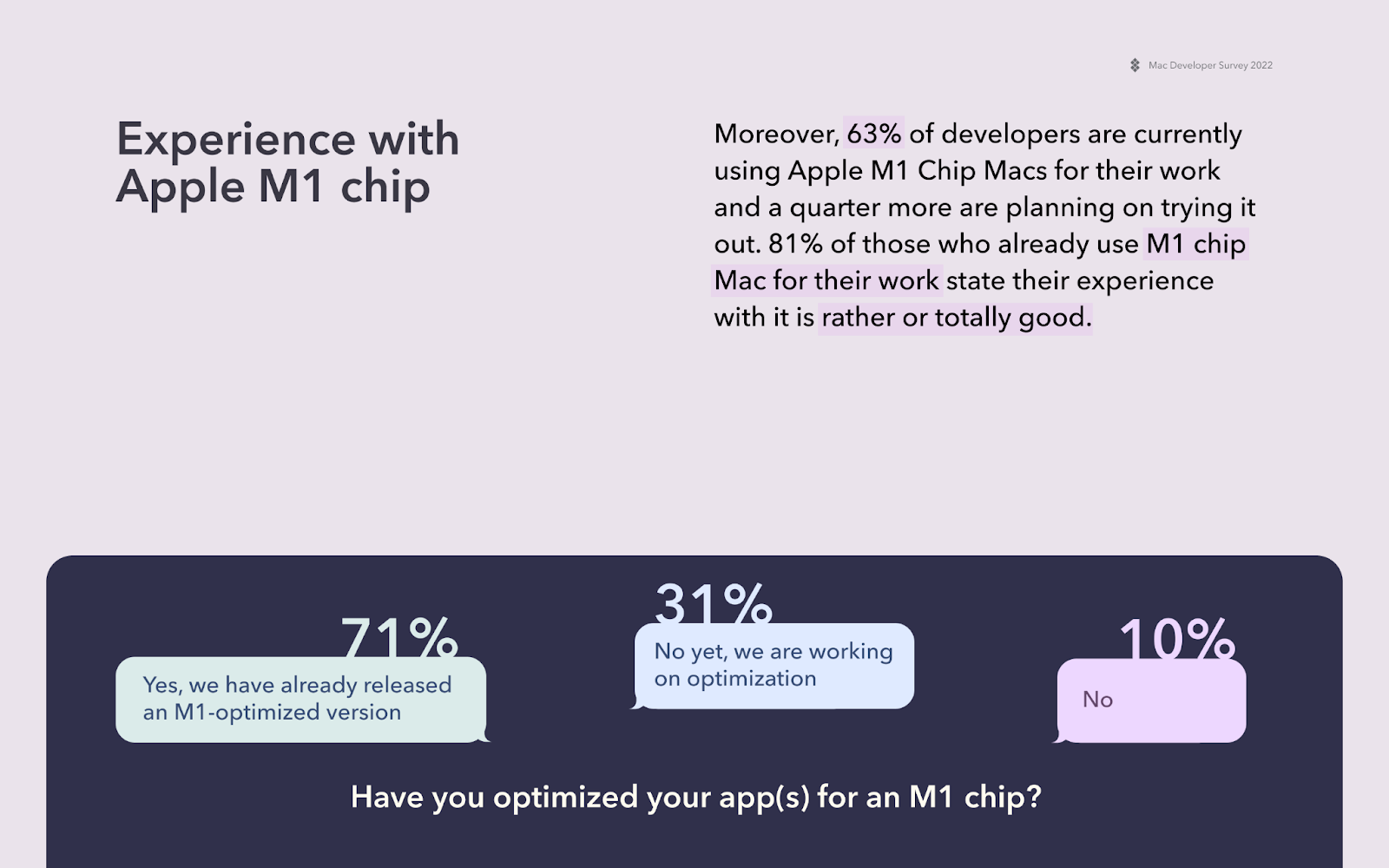 Although M1 Macs come with improved security compared to Intel ones, malware is still a threat. Mac developers are aware, and doing their best to secure their apps — most often, using data encryption and authorized APIs. Around 24% say they rely on cryptography tools and techniques to ensure the highest security. 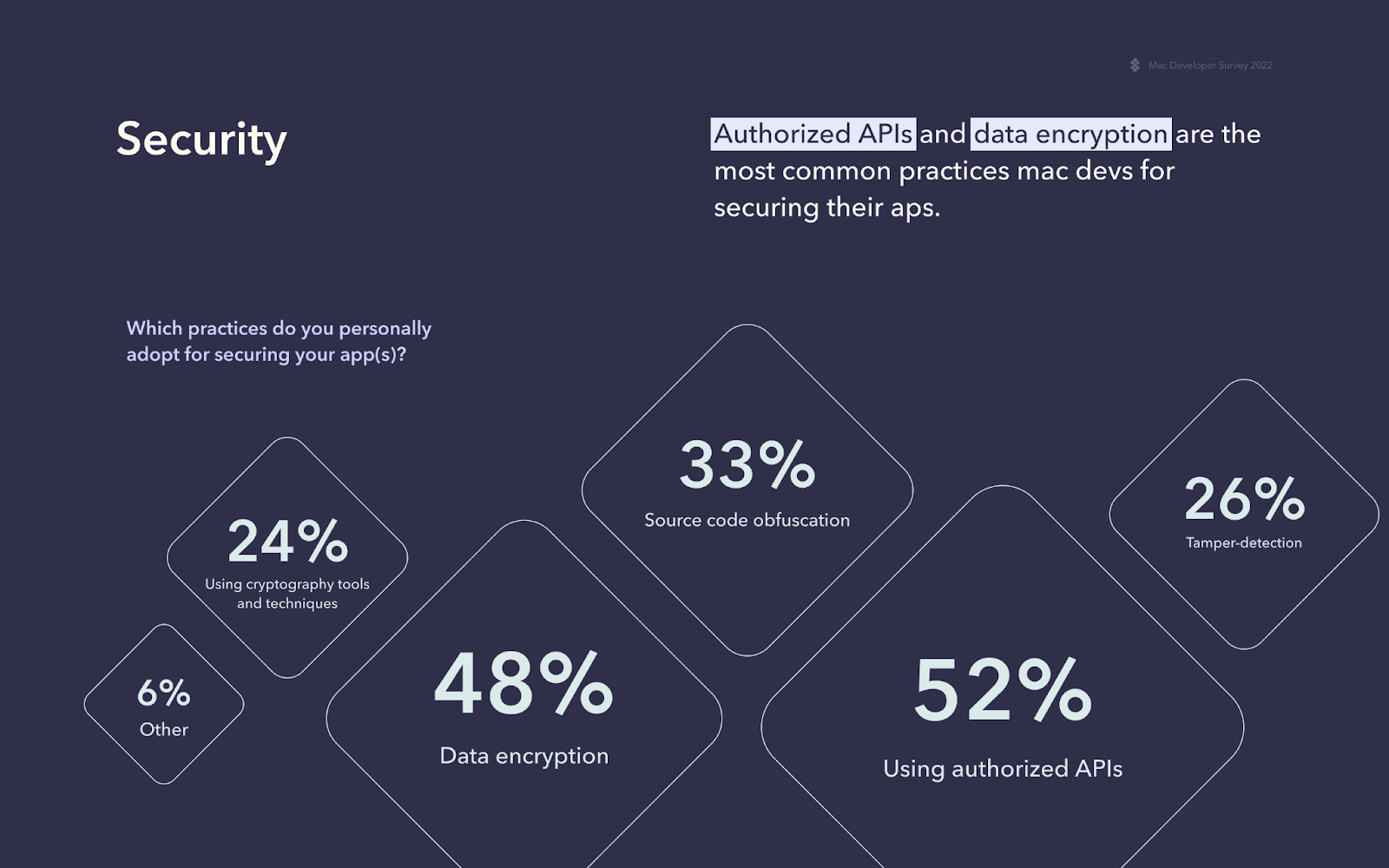 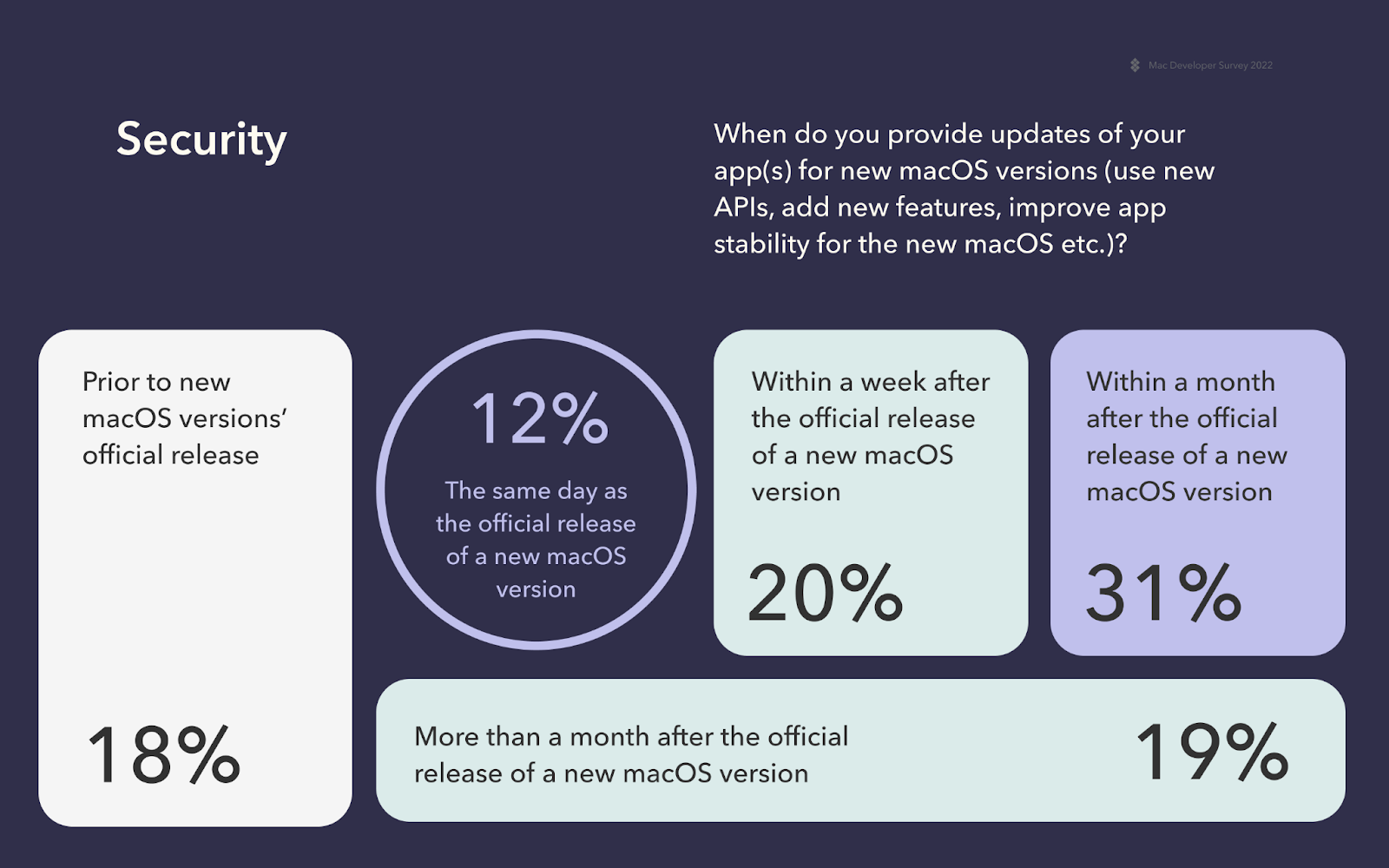 More and more updates. 50% of Mac developers are planning a major app update for 2022, and 45% will be releasing new apps. As for the 2022 trends, developers would like to see improvements in the realm of cloud integrations, as well as hardware and AI advances.

This year, we couldn’t ignore the elephant in the room and asked Mac developers whether they’ve been affected by the Russia-Ukraine war. Although we had no disruptions in the support and development of our products, as a Ukrainian company, we see how this unjustified and brutal invasion ruins lives and affects businesses, so it’s impossible to stand aside.

From the survey, we found out that 70% of Mac developers have been affected by the war. 9% — severely affected. 68% say they totally support the idea of using product features, or even creating new features, to help Ukraine. 53% have stopped using software and frameworks that originated in Russia.

We’re grateful for the overwhelming support and for all the donations Setapp app vendors make in support of Ukraine. If you’d like to contribute, here’s a link. 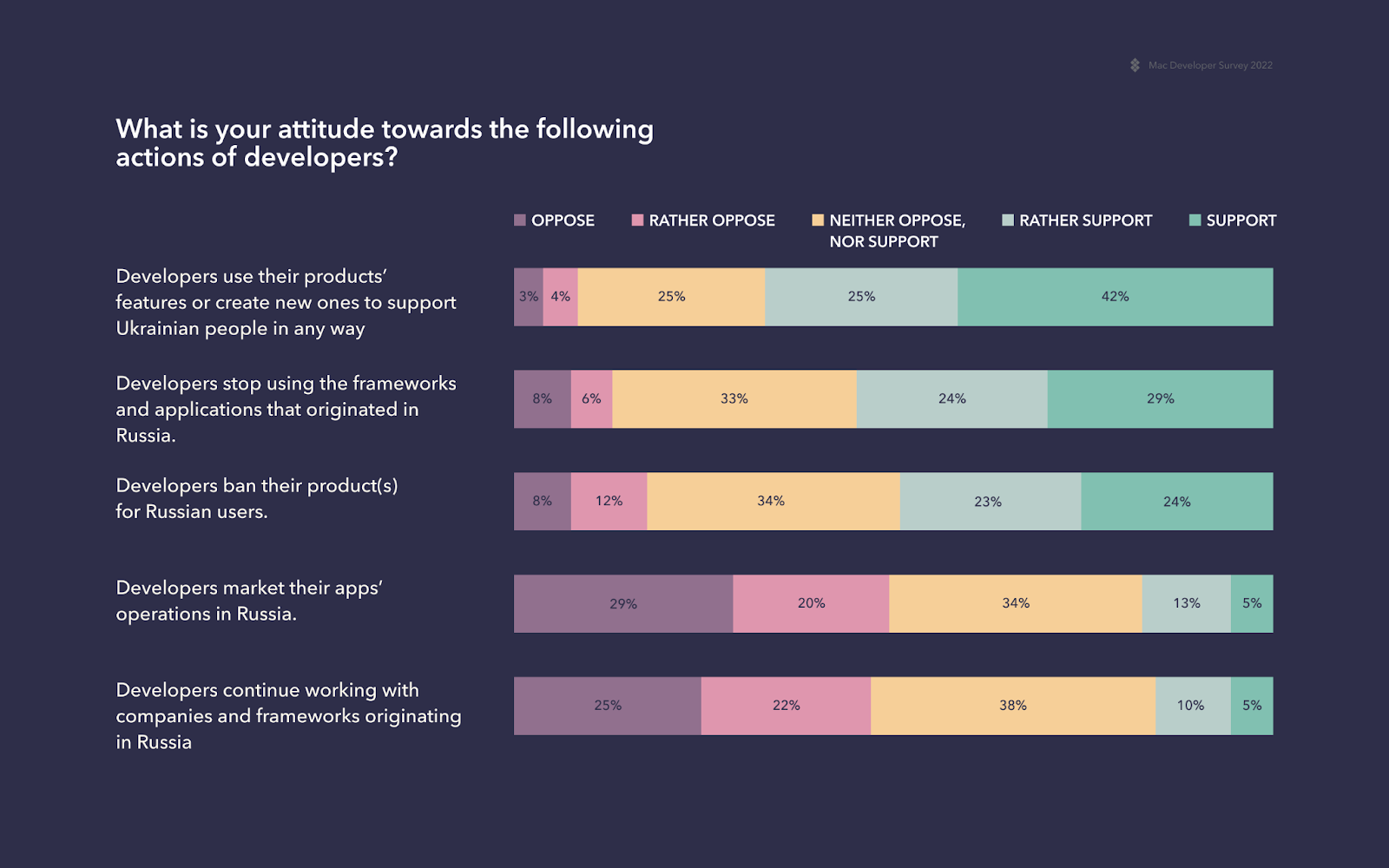 Want to see a detailed breakdown of questions and answers? Download a digital PDF copy of our Mac Developer Survey 2022.