Whether it’s on the news or in the abundance of emails you’ve received from retailers updating their privacy policies, you’ve probably heard of GDPR. Implemented on the 25th of May 2018, it promises to shape software for the foreseeable future by giving consumers more control over how their personal data is used.

As consequence, multiple organisations have had to adapt their policies to comply with the new law, including Apple.

At their Worldwide Developers Conference, they announced the next wave of software called ‘MacOS 10.14 Mojave’ for Macs and ‘iOS 13’ for iPhones and iPads – a new update with ramped up security that’s due to hit our gadgets this fall.

So, what’s new in Safari for Mojave?

Apple privacy rules have always been pretty tight, but they are getting even tougher with this year’s instalment.

Like all Apple software updates, transition is never easy.

Mojave makes massive changes to its internet browser Safari, helping to crack down on nosy websites and deter intrusive data mining – two things at the forefront of GDPR’s premise.

It’s nice to feel protected, so here are some of the most notable advancements providing you with some handy usage tips.

Many websites have used tools such as likes or comments as a pathway to tracking users without their permission, ironically going ‘under the radar’. “This year, we’re shutting that down”, said Craig Federighi, Apple’s vice president of software engineering.

Cracking down on cookies, Federighi showed how Safari will present a pop-up alert saying, in one example, “Do you want to allow Facebook.com to use cookies and website data?”.

This restricts the amount of data companies can collect, with permission being required for access to information that was once readily available.

There is also changes to system configuration data, with the web browser presenting a simplified process when users access the web. Safari will reduce the amount of information it shares with websites, for instance, any installed fonts or plugins.

This eradicates more tools websites traditionally use to fingerprint users and makes it increasingly harder for data trackers to follow the combination of parameters used for tracking purposes.

In a world where patience is a virtue, so too is data. As busy people who want things done at the click of a mouse, we’d all love to have the same password for everything. But really, that’s not the best way to stay safe, as security experts never tire of explaining.

That’s why Mojave and iOS 12 are gaining support for automatic strong passwords, with the new system enabling Safari to automatically create, autofill, and store passwords.

In addition, passwords on macOS Mojave will be flagged if they've been reused, making it easier for users to create unique passwords for each login and more difficult for hackers to gain access.

At first, it will feel like a monotonous irritancy, but once users grasp and embrace the new software, your information will be kept as hidden as Victoria’s Secret.

But, perhaps ourselves at Setapp were one step ahead. The app Secrets has been available since last year – storing important information such as passwords, credit cards and bank details.

By automatically filling in logins on Safari or Chrome, you can forget about copying and pasting, or scratching your head trying to recall which password you used for which website.

Use Touch ID for All Passwords

With the release of macOS 10.14.4, Safari makes it easier to access password-protected sites. Now it takes only one touch.

With your finger, add Autofills in Safari when signing in for the first time. Simply choose the option from the drop-down menu and put your finger on the Touch ID power button. 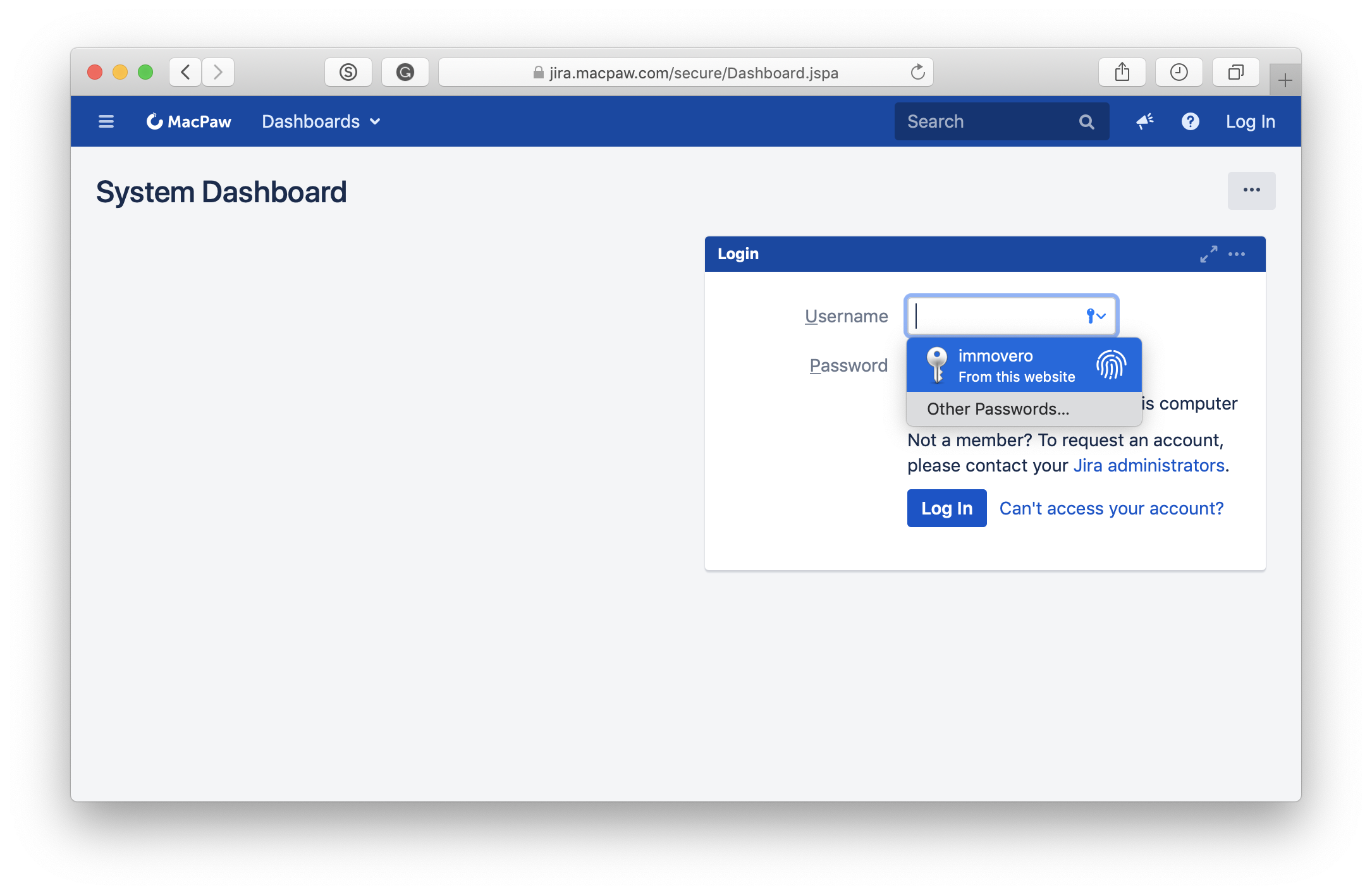 To activate Touch ID for your passwords, open System Preferences > Touch ID > Safari AutoFill. The option of Safari Touch ID will now appear once you click on any password-protected field. Unbreakable shield for your sensitive information.

There’s no forgetting the webcam scandal of last year, with FBI’s Director James Comey advising the public to cover their laptop cameras amid suggestion of mass-hacking. But, if you feel like a slice of gorilla tape or a measly band-aid won’t suffice as a shield of privacy, Apple has your back.

Mojave is extending privacy protections to the camera, microphone and other sensitive user data, preventing apps or websites from being able to use your camera or microphone without permission.

When an app or website first tries to access these features, you’ll be presented with a dialogue box that says “[app name] would like to access the [microphone or camera]”, prompting you to allow or deny.

Apple also announced that other categories of data, such as your mail database and message history, will be protected in a similar manner to Mojave’s camera/microphone permissions.

With the new software, apps will need to obtain user consent for all API and direct access to these resources, with users able to access their security preferences in the Security section of System Preferences.

There’s no doubting that Mac is front-running the web privacy push, but it’s not alone. Other search engines are adapting their policies, with Mozilla Firefox integrating a tracking protection widget into its main toolbar, and Brave Software taking new measures to ensure your information is kept your own.

Once overlooked, user privacy is now a growing priority for many companies, and in light of recent data mining scandals, it’s for good reason.