Included in that data is spending through popular and established marketplaces, such as eBay, alongside newcomers, such as Etsy. However, at the same time, spending on subscription services, including Uber, Lyft already exceeds $36 billion in America - according to 2015 figures.

Other subscription platforms, from Airbnb to TaskRabbit are proving equally popular, with a more diverse group of customers spending with them, proving they are succeeding breaking out of the urban, time poor, financially comfortable Millennial (age 18-34) market. The Harvard Business Review confirms that “30% are between 35 and 54, and 22% are age 55 or older”, which is a positive sign of trust for subscription business models and brands. 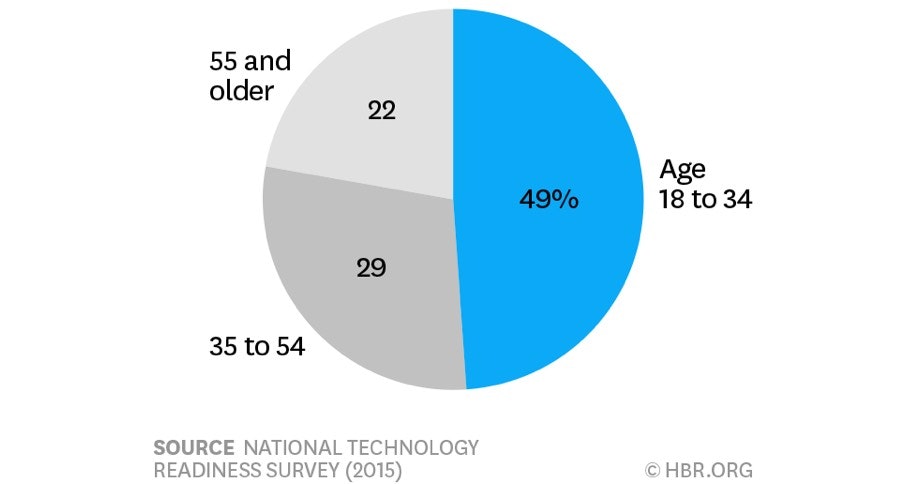 Uber and Airbnb are still the market leaders, operating in most markets, with massive revenues, brand awareness and the amount they’ve raised - over $12 billion and $4.4bn, respectively. The model for both is relatively simple: Independent operators, contractors and freelancers sell services/skills/time (e.g. room rental, car sharing, freelance services, etc.) to customers through the platforms, they, in turn, earn revenue from facilitating the service exchange. 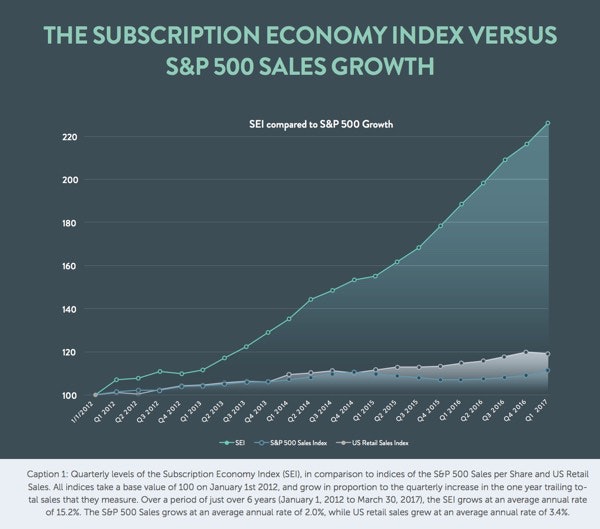 Subscription services are also growing 4x quicker than US retail brands. Based on the most recent Zuora® Subscription Economy Index™, for companies between $1 million and $100m+ revenues, annual average growth goes from 14% to 28%.

Hence an explosion of “Uber for” services in almost every sector we can imagine. An article in The Guardian rightly points out that: “[If you can] think of a service, and if someone hasn’t invented an Uber for it, they’re probably working on it.”

In the UK, nine out of ten Brits subscribe instead of making one-off purchases. Not only does this show an 11% increase since 2016, but the amount people are spending on these products and services has tripled in one year, from £18.49 to an average £56 per month on subscription services. We are living in a subscription economy.

SUBSCRIPTION SPEND TRIPLES IN THE UK AS NINE OUT OF TEN CONSUMERS BECOME SUBSCRIBERS.

It turns out, he was right, and it took less than one year for the first car subscription to go live. We aren't talking leases, credit agreements, car finance, or using an Uber or Lyft. Now people can take out a subscription that includes taxes, cleaning and other costs associated with buying or leasing a car, with none of the stress.

Earlier this year, Cadillac and then Porsche announced monthly subscription services. As you can imagine, they aren't cheap. Book by Cadillac costs $1,500 per month and can be paused at any time, with subscribers able to change vehicles up to 18 times in one month. Car swaps can be booked using an app, and if booked before 3pm, will be delivered the next day using a white glove concierge service. Cadillac launched in the New York region, with further rollouts expected in 2018. 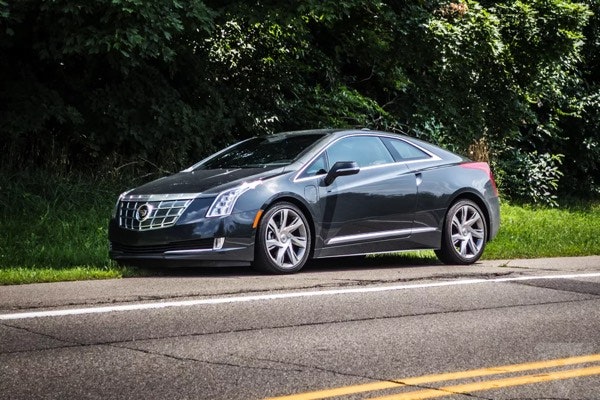 Porsche Passport launched in Atlanta, Georgia, with two price points - $2,000 (Launch) and $3,000 (Accelerate). Similar to Book, subscribers have a wide range of cars, no extra monthly costs, can control the subscription through an app and have the option to change cars whenever they want.

Why Are Subscriptions So Popular?

Understanding the subscription economy means thinking back to the recession, which started in 2007-08. The economy collapsed. Millions lost jobs. Businesses went under. Europe, America and other regions struggled to maintain growth and consumers stopped spending.

Buying ‘things’, from DVDs to property and cars was difficult for middle age consumers, but for Millennials (those born between 1984 - 2000) fresh out of education and straight into the worst employment market in a generation, it was almost impossible. At the same time, the digital economy struggled, but with the support of far-sighted investors, kept growing.

Subscription services emerged, making it possible to switch from buying to renting or subscribing. Subscribing to a product or service means consumers get to experience the same - if not more - freedom, quality and choice as those who buy, without the expensive commitments and need to own something.

Now subscription services are everywhere, with growth coming from wealthier generations who want the same convenience, quality and freedom. Subscribing creates a wider range of choices, which is why customers everywhere are embracing these companies and happily spending more with them as they grow comfortable with new services and brands.