Terminal is a Mac application most don't use, and it's understandable why you may open it up and close it quickly. It doesn't look like any other app on your Mac; users who aren’t sure what Terminal does will be befuddled by its plain interface and lack of buttons.

However, Terminal is actually the most powerful app on your Mac – by a wide margin. It's not always easy to figure out, but knowing how to take full advantage of Terminal can yield huge results.

Terminal is an app on your Mac that allows you to gain root-level access to your system. Think of it as the 'employee entrance' to your Mac; it lets you get backstage to change things as you see fit in what’s known as the command line. With its help, you can modify settings, launch any application, view hidden files and folders, etc.

All that power should come with a heavy warning, though. Terminal is fussy, and very literal. Unless you type in the right commands, it won’t do anything. Changes you make are not easily reversed, either. One fell keystroke can lead to disaster.

Some things can only be accomplished through Terminal, though, so it’s important to at least have a grasp on the basics.

How to open Terminal on Mac

Terminal is an app, but your Mac tucks it behind a folder called ‘Utilities’ along with other critical apps. Here’s how to discover Terminal on your Mac using Finder:

Follow these steps, and you’ll open up Terminal and the command prompt Mac interface. 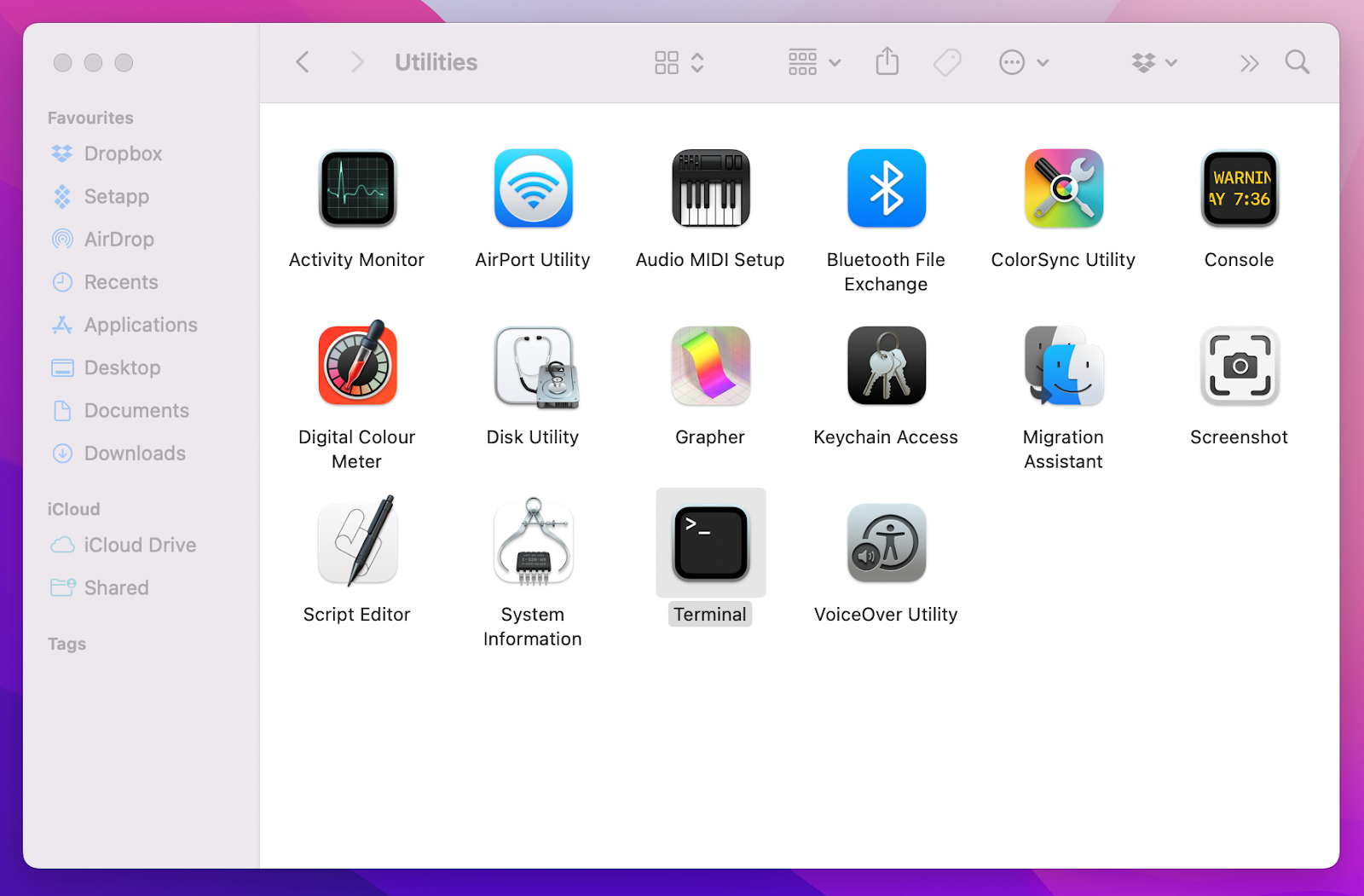 As mentioned, Spotlight is the easiest way to open Terminal. Here’s how:

You can also discover Terminal using your Mac’s app drawer, which is always accessible with a trackpad gesture. Here’s how to do it: 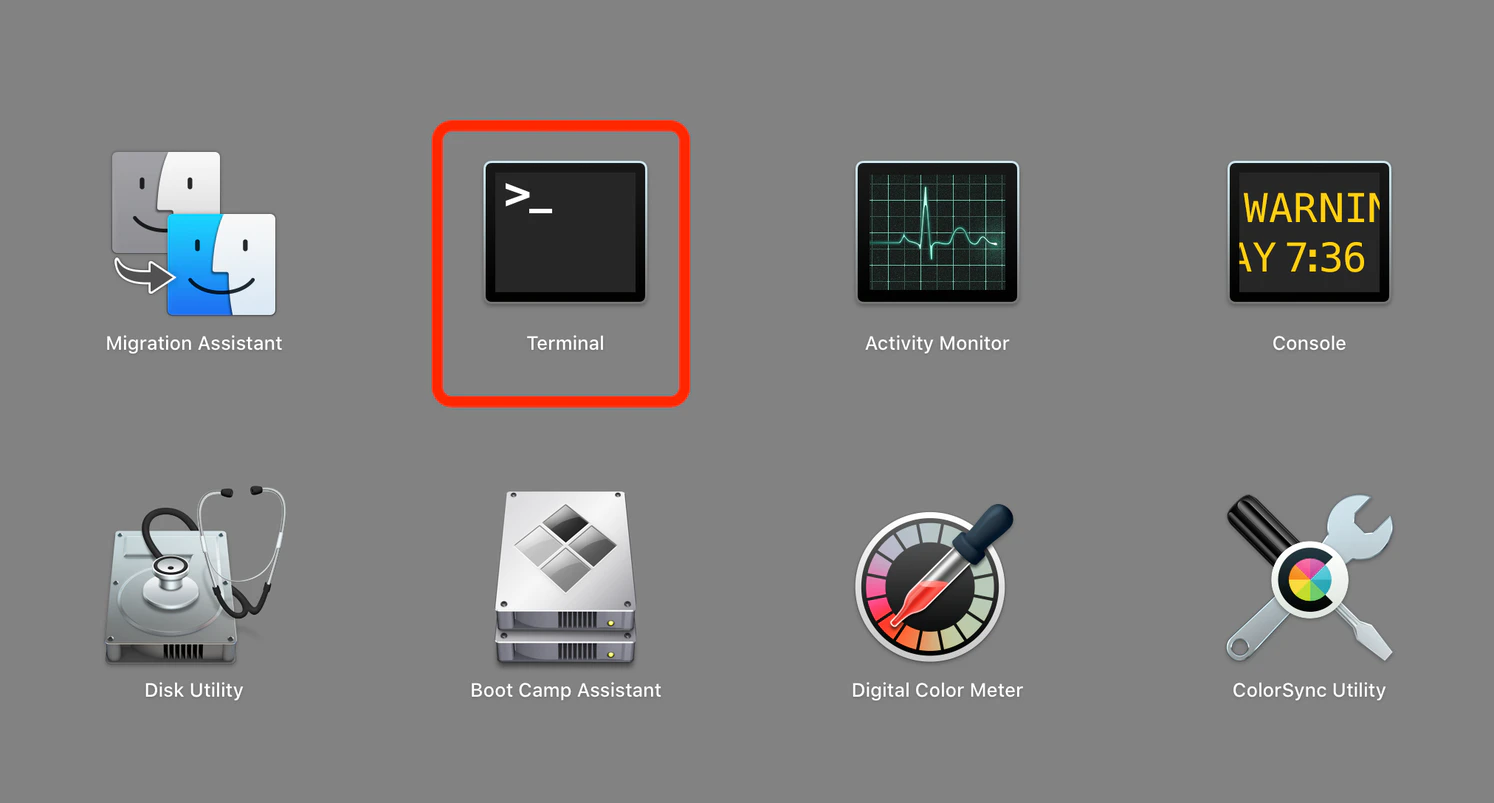 It was easy so far, right? Here is another common method for starting Terminal. And it isn’t more complicated. Do the following:

Do you know that you can use Siri to open apps, including Terminal, on your Mac in the same way that you would on an iPhone? To open Terminal with Siri, do the following: 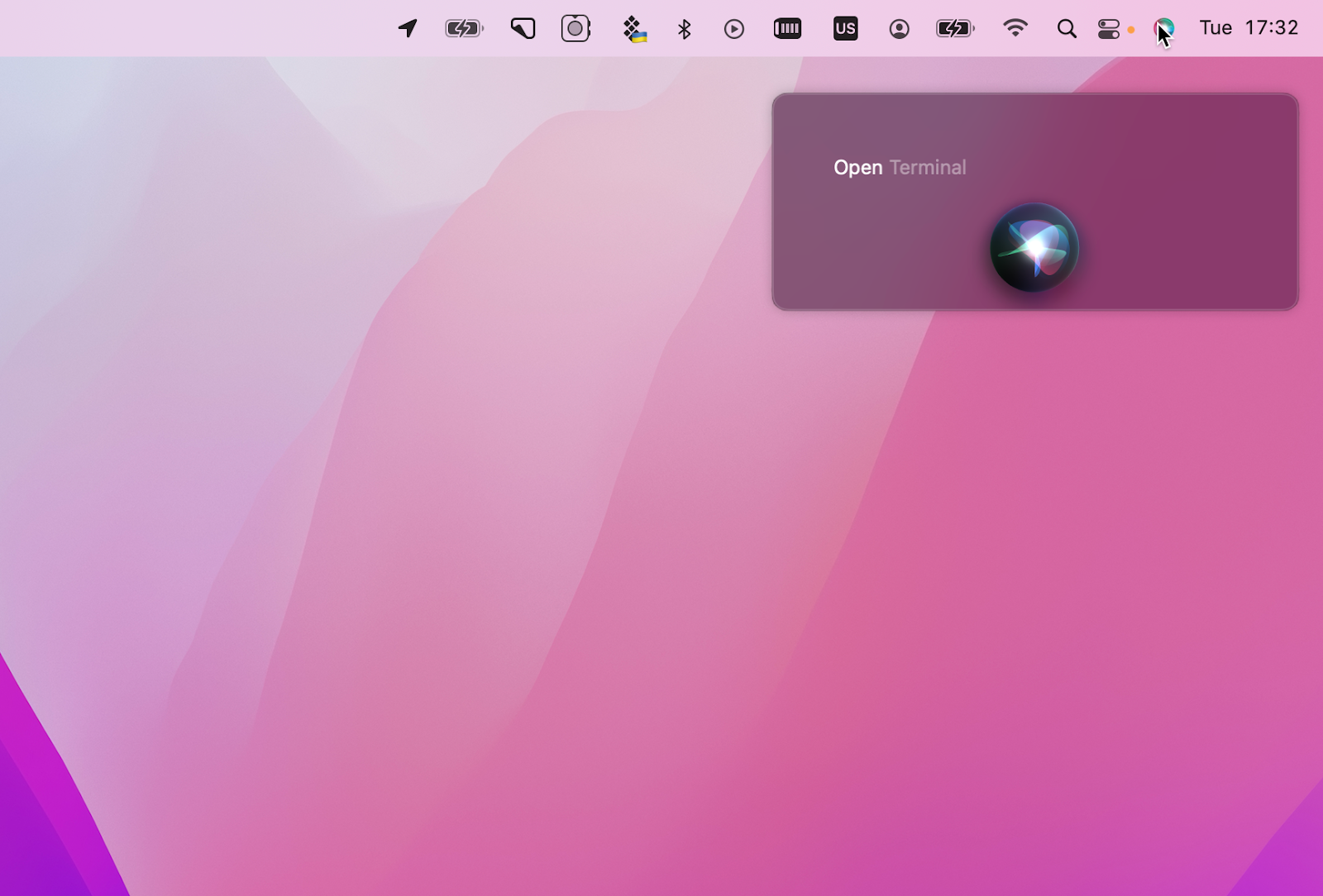 Tip: Making a shortcut for Terminal is useful if you decide to start using it more frequently. With Keysmith, you can create your own key combinations to speed things up. The app allows you to record your mouse and keyboard movements and create custom shortcuts for your Mac. 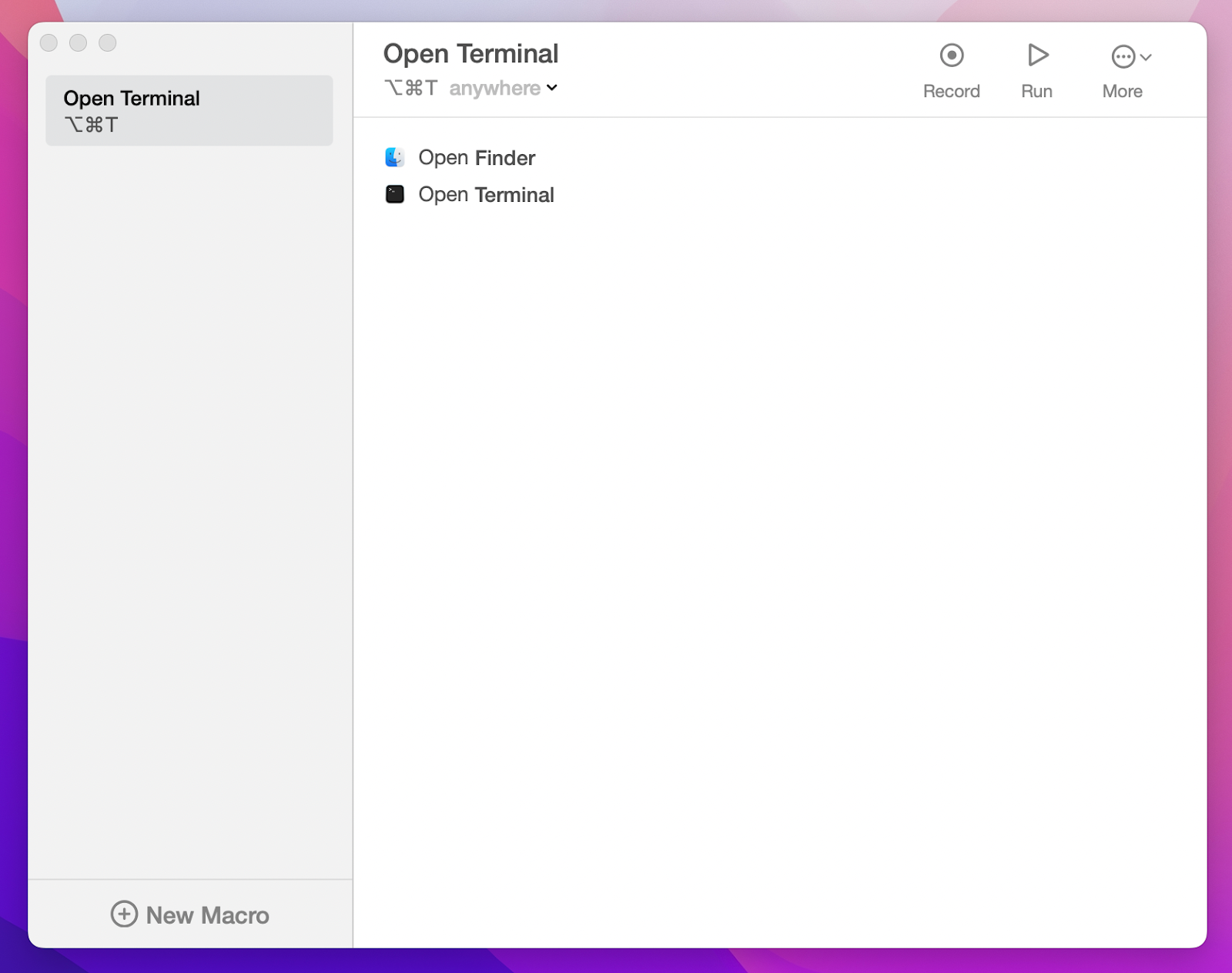 Although the Terminal app that comes with your macOS responds quickly and can handle almost any command line task, it isn't as cool-looking or as customizable as many options on the market. So here’s our list of the top macOS alternatives to the built-in Terminal app.

It’s a fussy process made far less complex by Core Shell, a feature-rich app for your Mac. Core Shell allows you to operate several SSH environments at one time, all of which can be uniquely color-coded for ease of use. Core Shell also supports drag and drop of files or folders for syncing to other Macs, and has a really handy download and upload monitor in the app so you can always monitor the progress of your file transfers.

As you familiarize yourself with Core Shell and begin using it for all your SSH needs, it learns your connections and offers a one-click way to log into a device remotely from within the app, and has automatic reconnection for lost connections.

Perhaps best of all, each connection can be customized to your liking with advanced options and settings.

If you use Terminal to determine directories, view files by directories, etc., you need Path Finder. This powerful file manager is the best when it comes to viewing, deleting, and syncing all types of files.

Its best feature is a modular system — the ability to integrate custom commands into your flow. For instance, you can set the app to show permissions, file info, hidden files, and more. Just go to Window > Modules and pick what works for you. 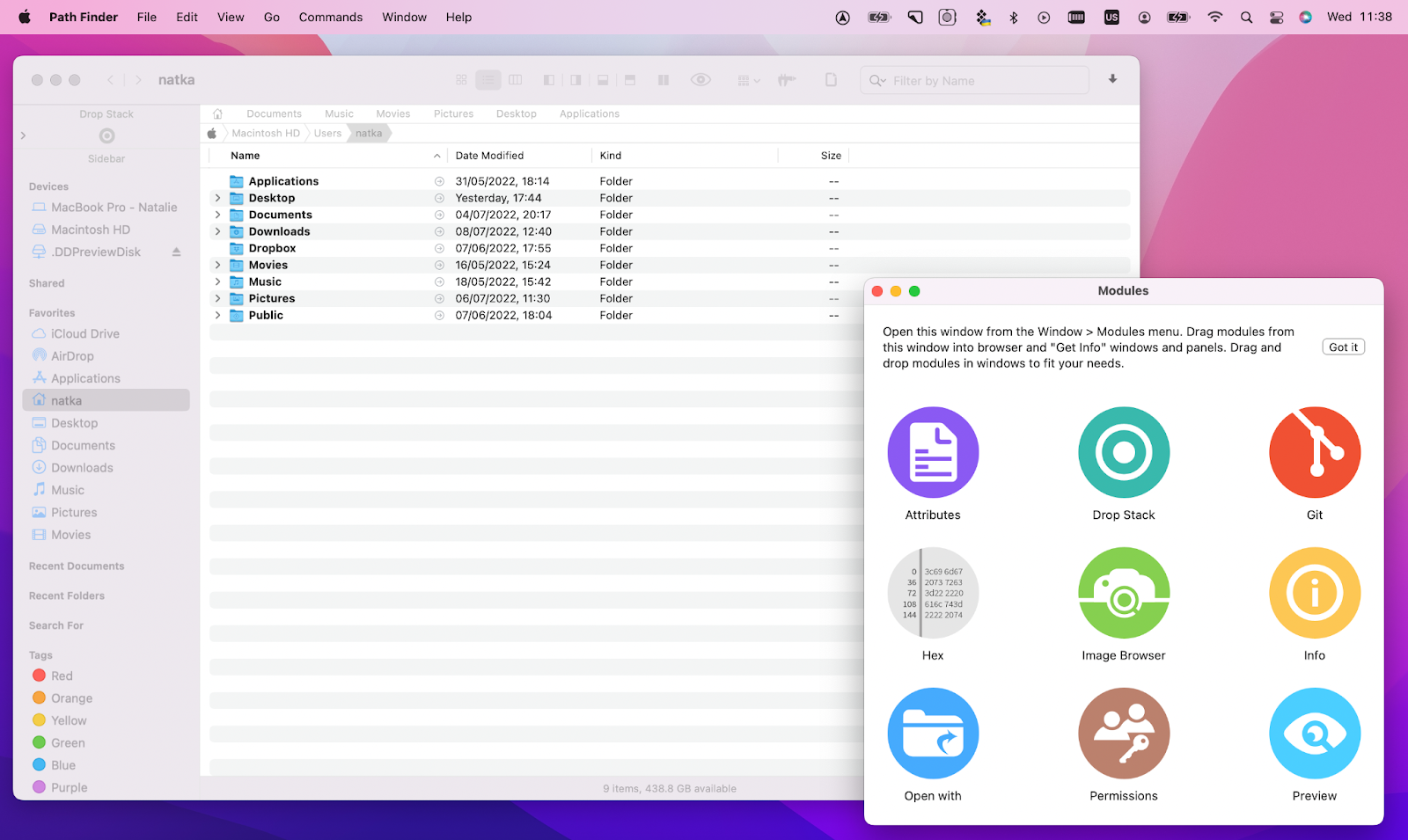 Control your Mac with ease

Terminal is sensational for controlling your Mac’s settings and buried features, but what about those times you just want more control over your Mac without toggling features and settings or opening up a specific app to perform tasks?

Your Mac’s Dock is a great way to see apps you’ve pinned to it, but it’s still pretty basic. An app named uBar is now available to make your Dock far less simple by replacing it with something uniquely better.

uBar swaps your Dock for a more iOS-like interface, though it’s still decidedly Mac. You’ll see apps represented as small icons that are a bit more like widgets, with display bars for things like download progress, and smart notifications for how many emails or messages you’ve received.

You can still pin apps to uBar, but the interface for which apps are pinned and which are running is drastically different from the Mac Dock. Where the standard Mac Dock reserves most of its space for apps you have pinned, uBar keeps most of its space available for apps that are running, giving them the lion’s share of the space in your Dock to display rich icons.

uBar also has a handy calendar feature on the bottom right corner, and supports multiple monitor setups. In a perfect Mac world, uBar is the perfect complement to your menu bar. 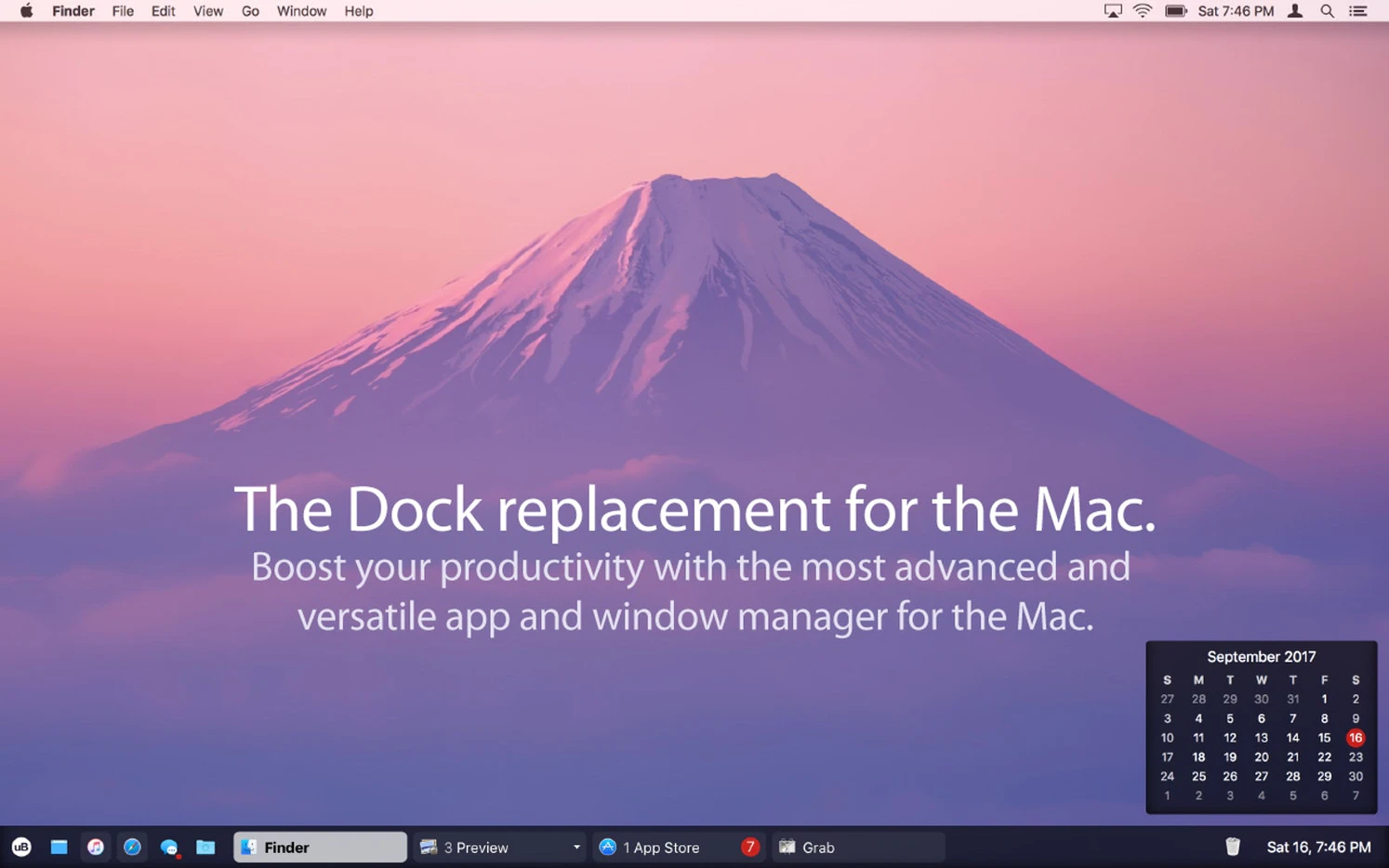 Another perfect app to have in your menu bar is iStat Menus. It keeps a watchful eye on everything your Mac is doing, and surfaces data to you at a glance. You can get detailed information about storage or RAM, and discover why your network connection may be lagging. It even tells you which apps are dragging your system down.

If you want, iStat Menus will alert you via desktop notifications for just about anything you like. If your CPU load is higher than you like to see, or the battery is at a level you need to find a place to plug in, iStat Menus can notify you. Each alert is totally customizable, too; if you work remotely, you may want to know when your battery is at 20 or 30 percent. Without iStat Menus, your Mac generally alerts you at under 10%. 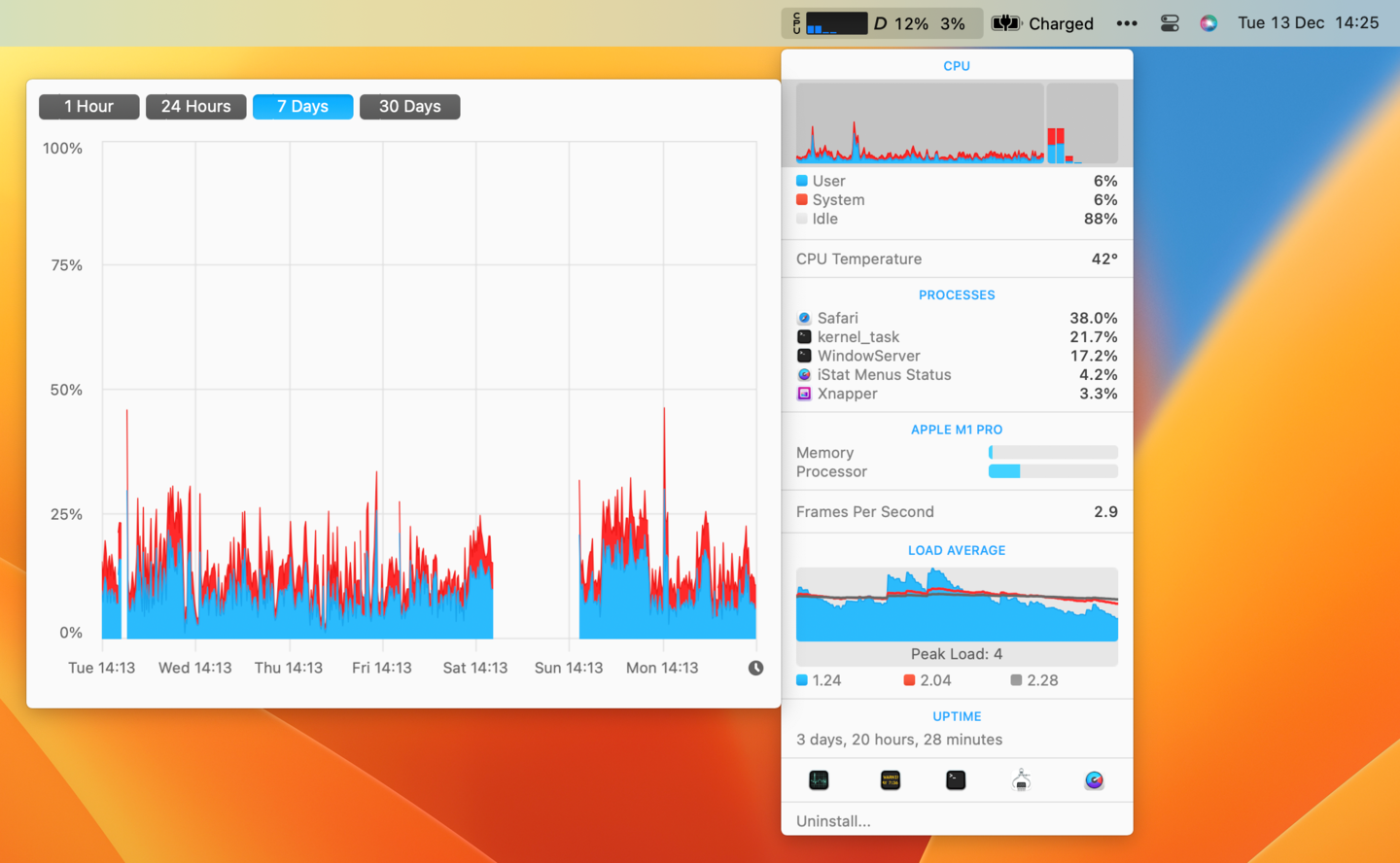 iStat Menus doesn’t need to be accessed to monitor your Mac, either. It lives in the background, and keeps tabs on everything without you having to worry about it. When you need details, iStat Menus has drop-down menus in the menu bar itself, and each section has its own submenus that provide an endless amount of well-timed and impactful data.

Do you really need to use Mac Terminal?

Terminal is a powerful service allowing you access to the deepest points of your Mac, but chances are you don’t really need Terminal all the time. Most of the reasons people use Terminal can be solved with apps that provide the same access points with much less work.

This is why iStat Menus, uBar, Path Finder, Keysmith, and Core Shell are so useful. Each has a unique use case, but they all make monitoring and accessing the deeper level features in Terminal much simpler and far more enjoyable.

Best of all, each app is available for free during a seven-day trial of Setapp, a large collection of powerful Mac and iPhone apps. Alongside these five apps, you’ll have immediate and unlimited access to nearly 240 other incredible apps within the Setapp catalog. No matter what you’re looking for, Setapp likely has an incredible tool you’ll love.

When your trial period ends, retaining full access to Setapp is only $9.99 per month. It’s an incredible deal, so don’t wait any longer to give Setapp a try!