Apple’s iPad feels like the only tablet available these days. Other platforms had their moment, but the iPad now reigns supreme. While there used to be one iPad for all, there are now several Apple iPad generations in the marketplace and you can purchase older models at a discount when new models are released. You can also find the iPad in more stores than ever.

When purchasing accessories or downloading apps, it’s important to know the different iPad versions and what iPad model numbers mean.

This is your guide for understanding iPad versions, models, and how to discover which one you have.

How to know which iPad do I have

You may have asked yourself “what iPad do I have?” when shopping for accessories. When iPadOS is updated, many users also wonder “what generation is my iPad, and can I get the latest update?”

Here’s how to find out which iPad version you have: 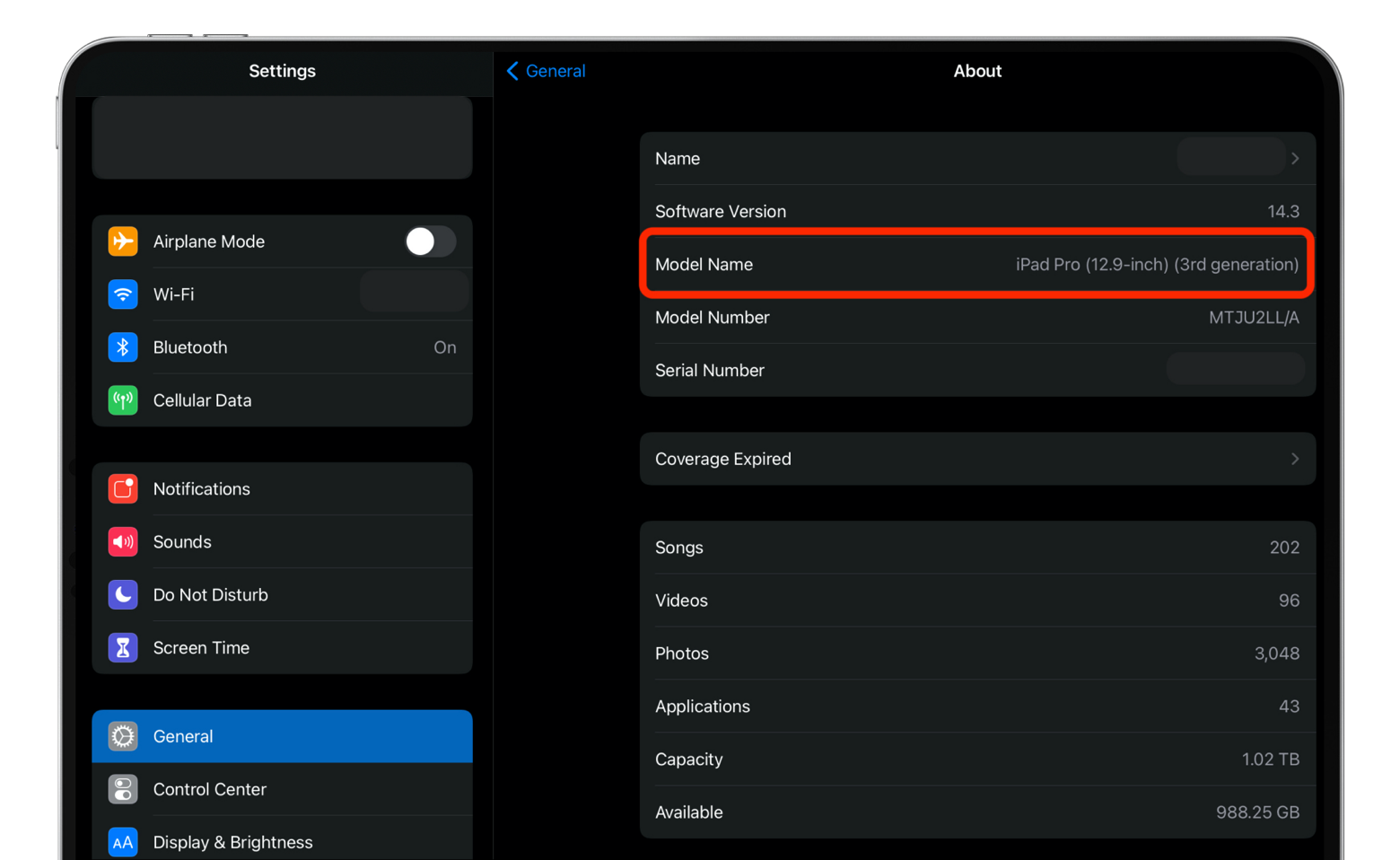 This is how to tell what iPad I have on any iPad. Apple may release several new iPads every year, but this process has always been reliable. Finding the model name and model number of your iPad will always be in Settings.

When shopping for accessories, knowing the model name is critical. Often, peripheral devices and accessories will show a “compatibility” for various iPads, which reference model names. Without knowing how to find this, you may make the wrong purchase.

And not all iPad accessories work with any iPad; even the generation is critical. Apple makes subtle changes to its iPad lineup every year, so covers and other items for previous generations may not fit properly.

You can also tap the “Model Number” section to surface the iPad’s order number. In the screenshot above, the “order number” is shown; when we tap the screen, the model number “A2014” is displayed. The “order number” is also shown on the iPad’s box, sometimes referenced as a “part number”. Apple does this so customer service specialists can have users reference all the info they may need if they’ve thrown the box away.

You can also see the model number printed on the rear of the iPad in very small print directly under the “iPad” designation.

But what if you only have a model number? Maybe you’re buying a gift, or your iPad is turned off and you don’t have time to wait for it to power on and get into Settings to check the model number, so you see the model number on the rear of the iPad.

Not a problem – check out our iPad generations chart below if you’re asking “how do I know which iPad I have?”

Now that we’ve answered your question “what kind of iPad do I have?” – let’s discuss how to check its storage. 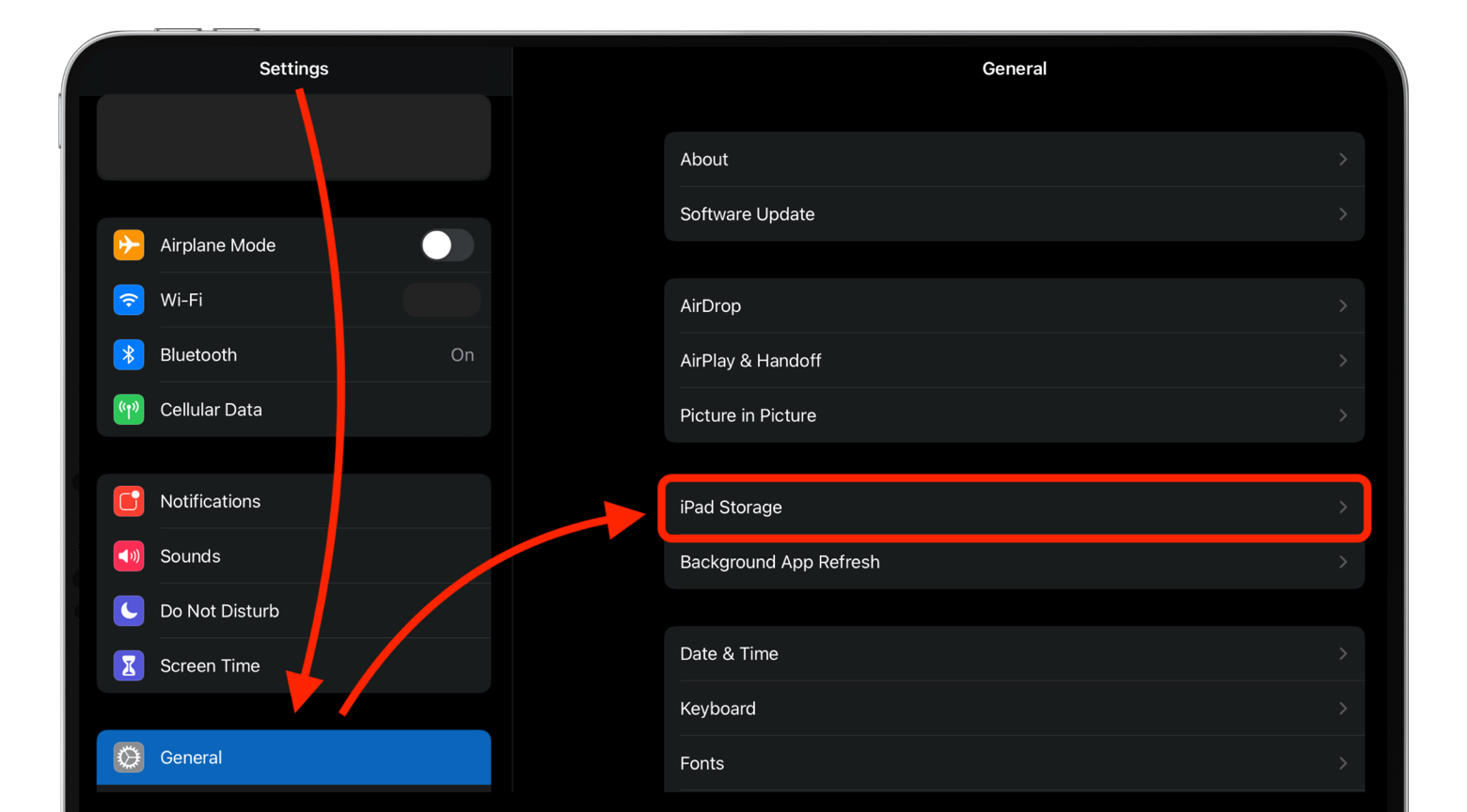 The next screen you see shows you a detailed list of what’s taking up room on your iPad. For most users, “Media” will occupy a bulk of the storage on an iPad. To quickly and easily manage the photos and videos that make up the ‘media’ section of your iPad storage container, download Gemini.

Gemini for iOS and iPadOS scans your Photos app for all the pics and video you take, then segments them into categories to help you manage them with ease. Someone who takes a lot of screenshots may find it useful to delete them routinely. Gemini can help.

Simply tap on the blue ‘count’ icon of any section in Gemini and tap the blue “delete” banner at the bottom to remove all of the pics. If there are a few you’d like to keep, tap the image to deselect it, and the rest will be deleted.

The beauty of Gemini is its bulk delete functionality, which helps you quickly and easily discard unwanted images and free up precious space on your iPad. 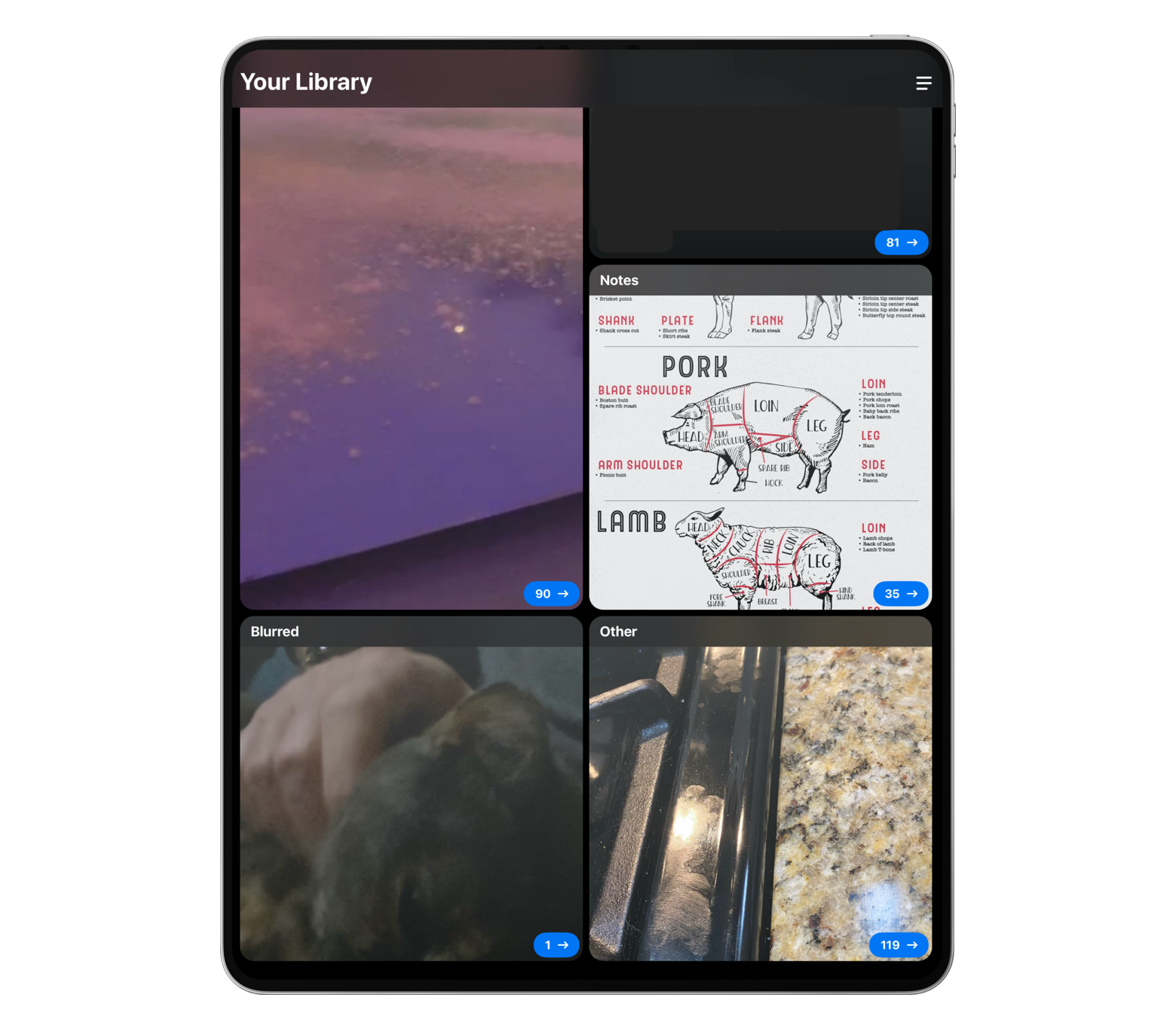 Before deleting images, we suggest making a backup of your iPad. For that, AnyTrans is exactly what you need.

AnyTrans for Mac lets you attach any iPhone or iPad to your Mac via Lightning or USB-C cable to backup and manage those devices. Backing a device up is incredibly simple, and you can choose to store your backup on your Mac or any external disk. Here’s how:

Understanding your iPad’s model number and generation are more important than you think. Accessories, peripheral devices, service, support, and upgrades all reference model numbers and iPad generational markers. While you don’t need to memorize which iPad you have, it’s a good idea to know how to access that information.

Many don’t bother to think about which iPad they have, and think their “old” iPad is slowing down, so it’s time to upgrade. But with apps like Gemini and AnyTrans, your iPad can run smoother for longer. On top of backups, AnyTrans allows you the ability to manage messages and apps on your device, providing a central hub on your Mac for managing an iPad.

AnyTrans and Gemini work in tandem to keep the storage space on your Mac free and clear so it can operate without any issues.

Both apps – and over 200 others – are available for free via a seven day trial of Setapp, an incredible suite of productivity apps for your Mac. In your first week, you’ll be able to test all of the apps available in the Setapp catalog for free. There are no boundaries; use the pps as you normally would. When your week-long trial ends, Setapp is only $9.99 per month for continued access.

It’s a sensational deal for so many amazing apps, so why wait? Give Setapp a try now!