The term API is tossed around casually. If you’ve perused Twitter, Hacker News, GitHub, or other forums, it’s almost guaranteed you’ve heard that term before. But what are APIs? What does API stand for?

Developers create and use APIs to help apps and platforms talk to one another. Whether you realize it or not, you’re almost definitely using APIs every single day, likely dozens of times! Even simple tasks like viewing and storing files in the cloud may mean you’re using an API in one of your favorite apps.

Here we’ll discuss what APIs are, how developers use them, the deeper API meaning for both developers and users, and some tools used to create and manage APIs.

What is an API?

Ever asked “what does API mean?” API is acronymous for “application programming interface.” It’s the underlying link between apps that allows them to work together.

The API lets one application use the services offered by another app or platform without seeing its codebase. This allows developers to offer their services up to a broader audience without divulging their secrets!

A good example is Google Drive; it has APIs that allow other apps and platforms to access Drive storage accounts. By creating an API, Google allows anyone to use Drive via any app or service they like to read, writer, and sync files. A developer who wants to create a unified platform for managing cloud storage containers would almost definitely want to tap into the Drive API!

Dropshare for Mac and iOS is a perfect example of APIs at work. It lets users link to Drive, Box, Dropbox, and other cloud storage solutions from a single app interface!

Now that you know the API definition and how we use APIs, let’s discuss the different types of APIs available:

Open APIs. An open API allows any developer to use it in their app, and every user of that app can access the linked service for free. The aforementioned Google Drive API is a good example; developers don’t have to pay to use it. Though there may be other restrictions (users may need to pay for cloud storage, or a developer may need to register with the API provider’s developer services), the API itself is open to all.

Partner APIs. A partner API is one that the API provider makes available exclusively to those with a license to use it. If a financial services company created a service to discover stocks with the potential to start earning a lot of money, that company may create an API for that service. It would license the API to other firms, and likely charge them to access the API. Charges are typically related to how many times the app accesses (“calls” in API terms) the service.

Internal APIs. The internal API – or “private API” – is often one large companies create so their unique branches can access services without the respective teams divulging their work, or running the risk of someone else inadvertently breaking things. The same financial services firm with the ‘burgeoning stocks’ API may limit its use to its own stock brokerage service. Before they were provided to a wider developer audience, artificial intelligence services like Siri and Cortana were internal APIs for Apple and Microsoft, respectfully.

Composite APIs. These types of APIs use what’s called a REST protocol to batch requests. A good example is the purchase and checkout procedure; users will select the item(s), input their email, address, payment information, and any other necessary data. Hitting the ‘checkout’ button sends a RESTful API call with all the included data. Without a composite API, each time you entered information the app would use an API call, creating a half dozen or more calls for one transaction!

What are APIs Used For?

Knowing the types of APIs is critical, but you may also wonder what is API useful for if you’re a developer.

Unless you’re writing an app that doesn’t need to access any other services, APIs matter. Even apps we consider basic – like weather apps – access APIs from weather services! (Go ahead, open up the default Weather app on your iPhone. There’s an icon on the bottom left for The Weather Channel. Even Apple uses APIs!)

APIs let developers access work other developers or companies have already done to make their own services unique and valuable to users. Dropshare isn’t the only app that accesses several cloud storage APIs, but users love its ability to quickly upload files and photos to any service.

Benefits of using APIs for Developers

Developers tend to want to build everything themselves, but that’s often not wise. Here are some reasons developers should choose to utilize APIs in their apps using a simple idea for an app as our example:

It’s faster. Let’s say you wanted to build an app with an interface which allowed people to quickly tap an icon and get directions to one of their favorite spots. An API for a mapping app like Google Maps is perfect: users can choose their favorite locations on a map, and the developer can use the Maps interface in their own app. Without that API, the developer would have to build a global mapping service from scratch. No thanks!

Development time is cut down. In the example above, development of that app distills to a few key points: designing the interface, linking to the Maps API, and debugging the app’s flow. How much time do you think would be spent on building out a unique mapping platform just to get people directions to five locations?

It’s easier to maintain an app. With the bulk of the work being handled by Google Maps, you are left to tinker and perfect the interface and app flow. Because Maps handles things like location data and tracking users on the map itself, you can spend your time making sure the rest of the app is fast and performant.

It’s cheaper. We can imagine how much time it would take to build a mapping platform – Google spent a decade or better to get it off the ground – but imagine the cost! Even paid API licenses may be cheaper than building a competing service yourself.

It’s nearly risk-free. Okay, so you build your cool app for getting directions to five locations – but almost nobody downloaded it. Ouch. That’s a blow to the ego, but all you really built was a snappy interface! The Maps API handled a lot of the work, so just stop using it and shut your app down if you like.

You can add other unique features. But let’s say your app did catch on with users. Now what? Maybe phase two is a widget for iPhone, or shortcuts for the app icon. You could even build a watchOS interface! Perhaps you need to make money, so you add in an API for advertisements.

How to Start Using an API

Now that you know how great APIs are, what do you need to do to start using them? The process for most developers is simple:

Register with the platform. Let’s stick with our Google Maps theme. Before you can access any Google API, you need to register with its cloud platform as a developer, and agree to its terms of service. This is a process just about all API providers have, even if it’s just a disclaimer on GitHub to use the API responsibly.

Get an API key. Once you’ve registered with the platform as a developer, you can get a unique API key for your app. This allows the provider to track how you’re using the API and bill you accurately if it’s a paid API.

Install an SDK (optional). Some APIs (like Maps) have what are called SDKs, or “software development kits.” This installs a package of tools into your app unique to the service your API is calling. Here, the Maps API will allow you to view the Google Maps interface in your own app, and discover locations just as if you were using Google Maps proper!

Build your app. With the API key allowing you access to the Maps service and the SDK giving you access to unique services within Maps you can use in your own app, it’s time to build the app of your dreams! Start building, keep iterating, and don’t get frustrated if you fail; it’s all part of the process!

There is a lot of API software available for the Mac. Here are three of our favorite apps:

When you’re ready to build your own APIs, Paw is the perfect environment for creating, testing, and debugging APIs.

Its clean, familiar interface has everything you need in one simple window, including your code and a live look at the API request status. Developed exclusively for macOS, Paw is completely sandboxed so you can create and debug apps in a secure environment.

Paw lets developers build unique API requests with formatting and dynamic values, view request data in real-time while editing (formatted or raw), and has a JSON outline viewer and editor so you see exactly what the end user will see. You can build a simple API with Paw, or build the service of your dreams with deep complexity and tons of microservices. 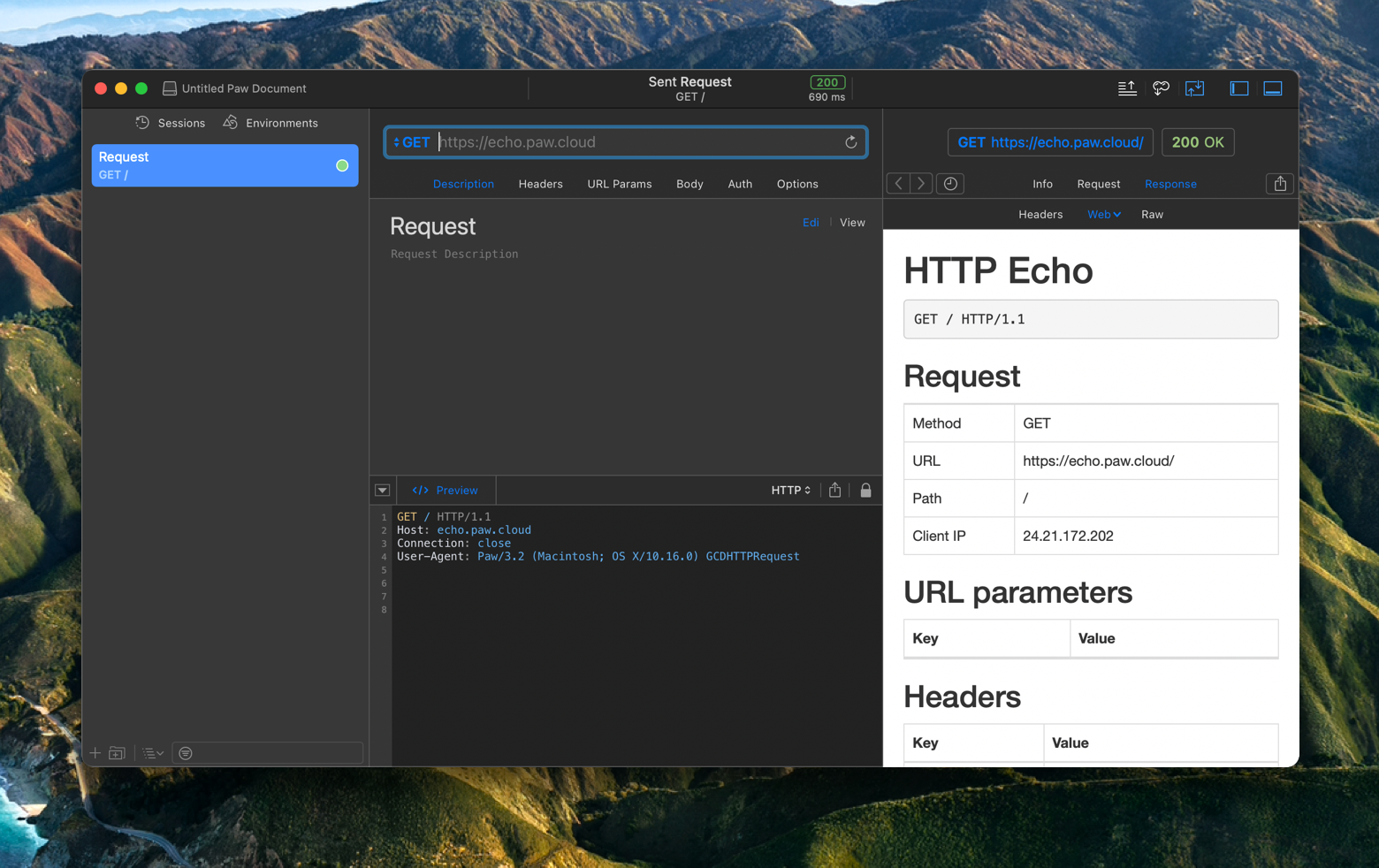 A marketplace first and foremost, RapidAPI has over one million developers using it, and over 10,000 APIs. It provides functional API testing for complex APIs, giving developers an end-to-end environment to perfect their APIs with testing and deployment options.

RapidAPI is free to use for 100,000 calls or fewer, and has built-in testing cases. It provides continuous testing and CI/CD integrations with GitHub, Jenkins, GitLab, Travis, and other platforms. Developers can also opt-in for real-time alerts via text or email with paid tiers.

It’s imperfect, though. RapidAPI is web-based, and naturally weaves into the company’s other services. For deployment and testing, it’s a good option. 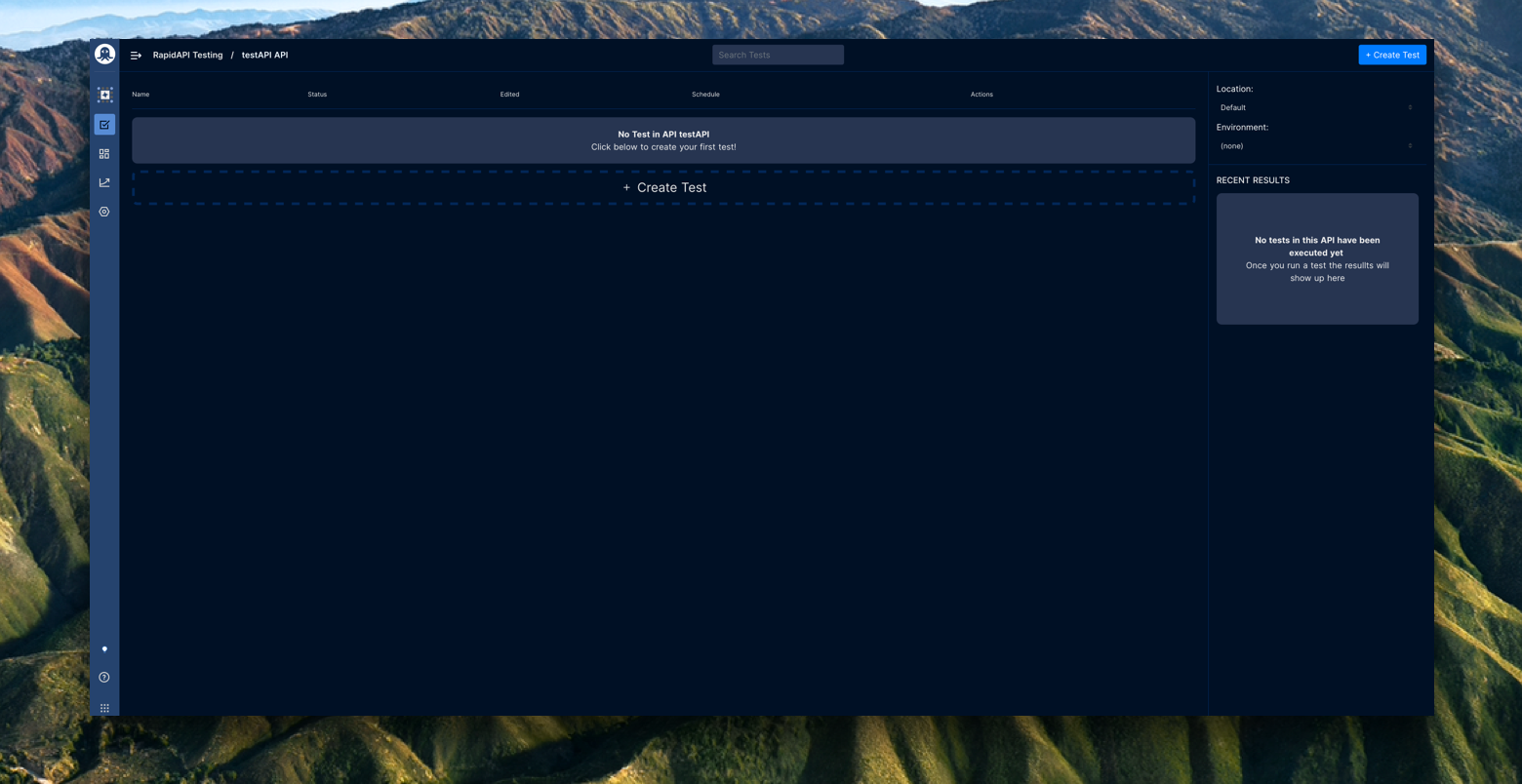 Documentation is critical for any developer but bouncing between websites to find information is cumbersome. Dash for macOS cobbles API documentation from over 200 sources into one unified app!

With all the information you’ll ever need to create and manage APIs at your fingertips, Dash helps you stay performant and distraction-free. Those creating their own APIs will love Dash’s ‘create your own’ functionality, which lets developers create their own documentation sets for any language or technology.

Dash is particularly great when testing and debugging. If you weave an API and SDK into your app, chances are you’ll use a component wrong. Rather than ducking through dozens of webpages to find the answer you’re looking for, Dash keeps documentation front and center! 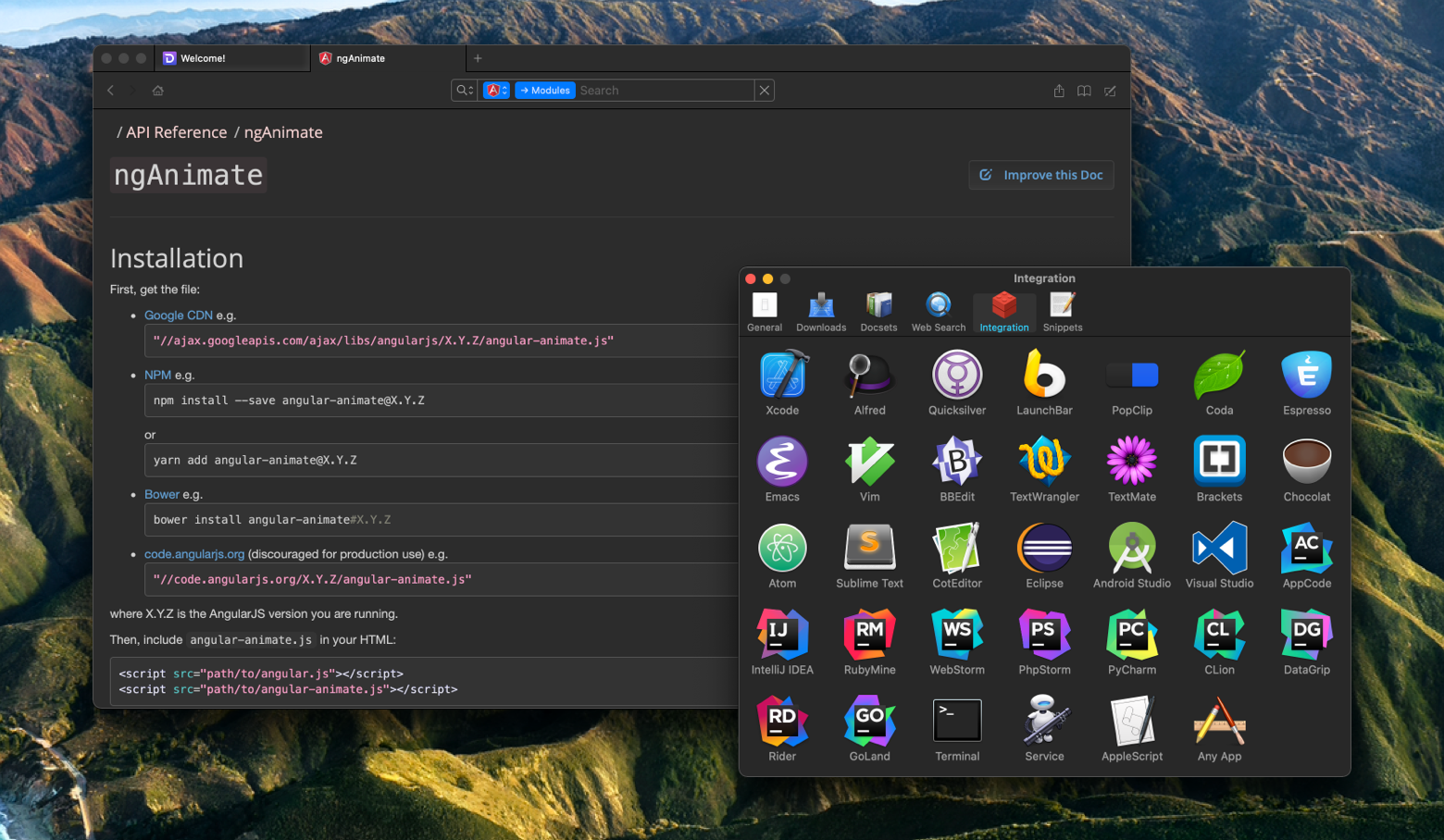 APIs really do make the world go ‘round. Day to day, we’re all using APIs to do things like order food, get directions, and send files to the cloud.

Every day, developers are creating new APIs, and they should have the apps and services they need. It’s hard to imagine anything better than the tandem of Paw and Dash for creating, testing, and managing APIs!

Both apps are also available free during a seven-day trial of Setapp for Mac. During the week-long trial period, you will also have free reign of the entire Setapp catalog of over 200 incredible apps, all native to macOS.

When the trial period ends, continued access to all the apps in Setapp is only $9.99 per month. It’s an incredible deal, so head on over to Setapp and get your trial started now!