Every spring, Mac users get hyped up about WWDC, Apple’s annual event where new operating systems are presented for the first time. In 2022, the flagship Apple conference is scheduled to take place on June 6. What’s coming to Mac? Let’s take a look at the new macOS 13 and how it can help ramp up our productivity.

Although there have been rumors about macOS 13 being named Mammoth, Apple surprised us all and went with “Ventura.” The new macOS Ventura was launched on October 24, 2022 and is now available for free. You can learn how to install macOS Ventura here.

As Apple finalizes the transition to Silicon and announces the powerful M2 chip, expect less and less support for old Mac models. The rumor has it Apple might even drop all Intel Macs in 2023. In fact, Apple demonstrated its intent to move away from older Mac models by dropping support for many Macs with the release of macOS Ventura.

It might seem like Apple has been too quick to dump all pre-2017 Macs, and we get it if you’re mad. On the other side, they demonstrate amazing results with the new Silicon technology — the M2 chip has 18% faster CPU, 35% faster GPU, and 50% more memory bandwidth; and MacBook Air powered by the M2 chip delivers up to 18 hours of battery life. So one way or another, switching to Silicon might be a smart thing to do to boost your user experience.

Center stage has been taken by Stage Manager, macOS brand-new feature that makes it simpler to collaborate across apps and files. For years, we struggled to juggle active windows on Mac, and things like Mission Control and tiling weren’t of much help. Stage Manager could finally be a decent solution.

Essentially, Stage Manager lets you put any active window at the center of the screen, while the other windows are neatly grouped and placed in a vertical row off to the side. You can swap windows by clicking their thumbnails, as well as create a grouping of multiple active windows on your screen. What’s more, you can drop a file onto an app thumbnail to open the file in that app. 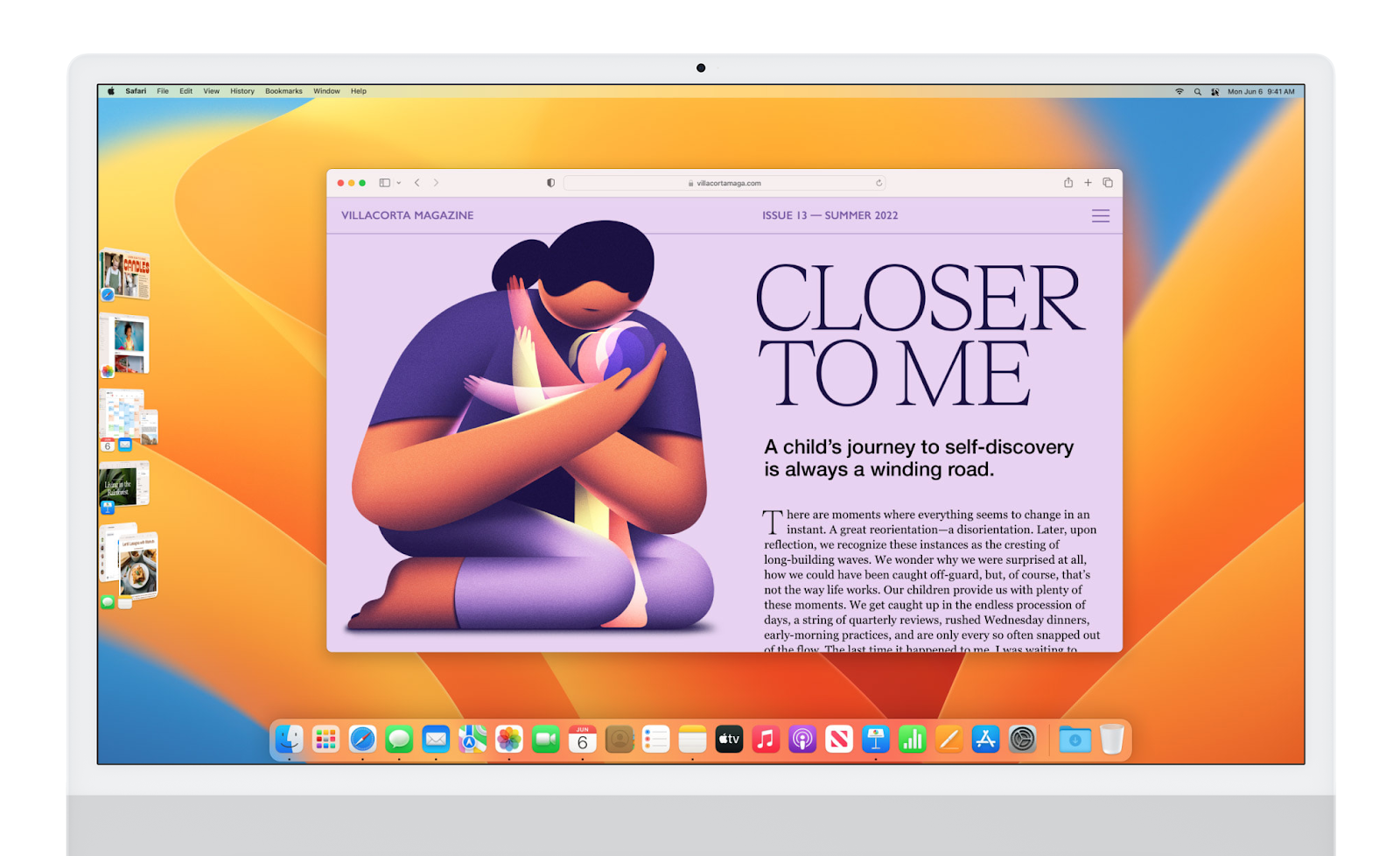 Before WWDC, we expected something similar to App Library to arrive on Mac — a tool for grouping apps together, which is now available on iOS. But we must say, Stage Manager is a smarter and more suitable solution for multitasking on a Mac.

The other macOS 13 new features you should check out are the following: 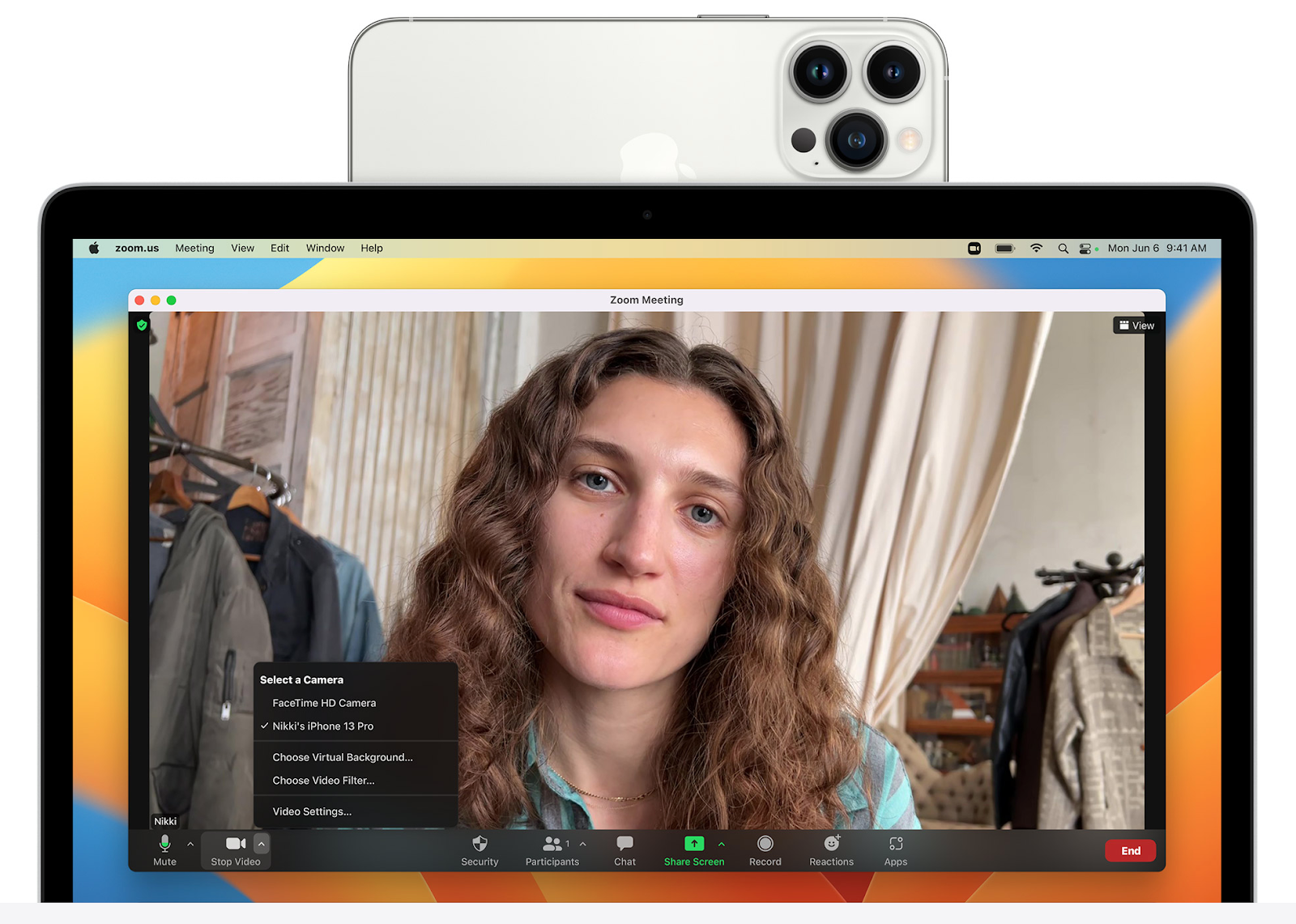 What we wanted from macOS 13 and didn’t get

Spoiler: you can still get it.

Let’s talk about the macOS 13 wishlist. Unfortunately, every WWDC comes with a pinch of frustration. Whether you’re a newbie or a long-time macOS user, you probably have some expectations Apple won’t meet. And macOS 13 Ventura wasn’t an exception.

We thought about how we could sweeten things up for you, and decided we’d get you acquainted with some of the tools that might make up for the long-awaited functionality on macOS. The tools we mention are part of Setapp, so you don’t have to buy them. Let’s go.

We loved that Apple had allowed removing system icons from the menu bar last year. But what about third-party app icons? We really need to have control over those, too.

Bartender can hide all your menu bar icons, create a secondary menu bar if one is not enough for you, and show critical menu bar items based on triggers — for example, when your battery is discharging or some app update is installing.

Right now, Mac widgets are pretty much tucked away — you have to do some clicking to access them. This is unproductive and could be improved with Apple adding desktop widgets to Mac. Always there, easy to show and hide.

Actually, there’s an app for that. WidgetWall lets you create widgets to quickly access apps, check important Mac health indicators, or just stare at the photos of your cute pet.

Time Machine creates incremental backups, which can be awfully huge. This is why we’d love some solution for storing those heavy backups on Mac, such as backing up to iCloud, for example.

If Apple won’t make cloud backups, don’t hesitate to switch from Time Machine to Get Backup Pro. It’s an advanced backup manager that can create bootable backups, with only essential files in them. In other words, you choose what you want to back up and can store your backups externally. 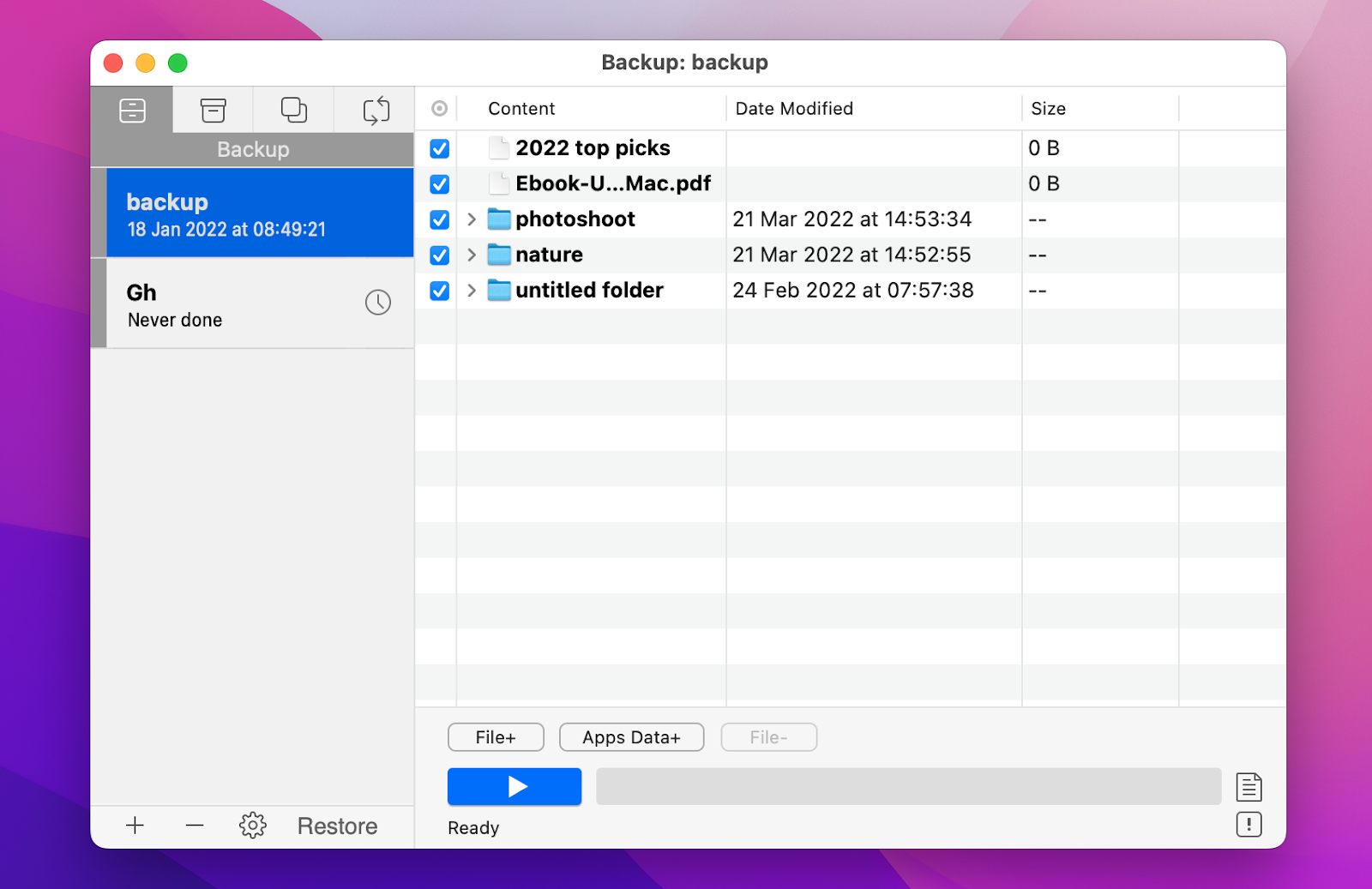 Our take on macOS 13

macOS 13 will help us work across active windows without using swear words. It also brings some amazing upgrades to the quality of your remote work with Continuity Camera. So if your Mac is on the macOS compatibility list, don’t hesitate to upgrade when you have a chance.

If macOS 13 is not what you’ve expected, you can always upgrade your macOS with Setapp, an app subscription for Mac and iPhone, covering apps like Bartender, Get Backup Pro, WidgetWall, Workspaces, and many more. If you’ve been wondering why Apple hasn’t added this or that feature to macOS yet, check out Setapp — the chances are it will have your needs covered. And it’s free for 7 days!