In Mac language, 2022 means Ventura. The new macOS 13 announced in June and officially released in October, debuts the exciting multitasking feature called Stage Manager, and everyone is tempted to try it out as soon as possible.

Inevitably, users encounter some Ventura issues, including Ventura installation failed, Ventura won’t boot, and more. But don’t quit just yet! We looked into all Ventura problems users have reported so far and haven’t found anything that couldn’t be fixed. It seems like macOS 13 doesn’t cause any critical performance issues. So read on to learn how to safely install macOS Ventura on Mac and fix the known issues. 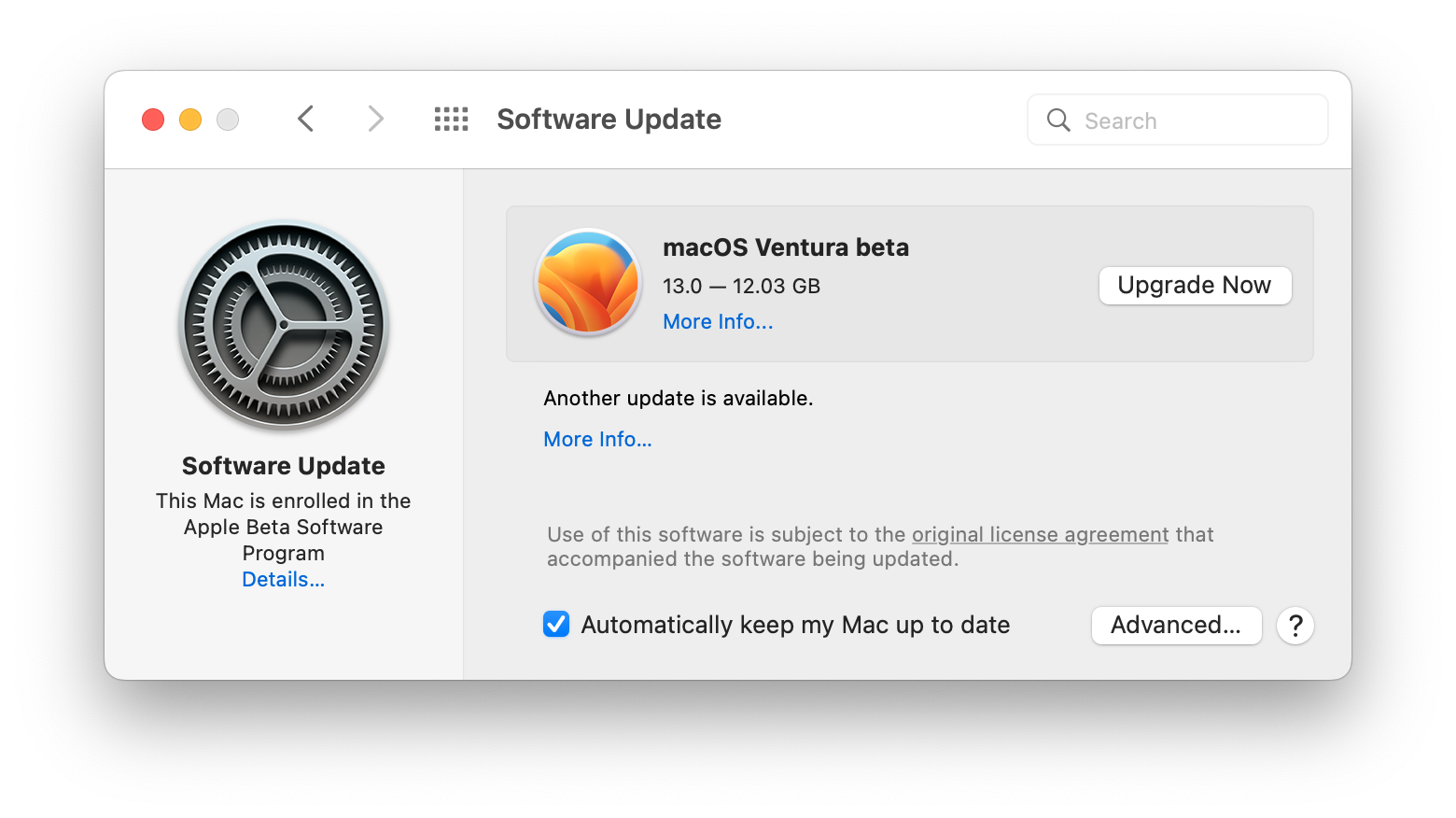 How to fix macOS Ventura problems: Top 10 issues and solutions

It’s frustrating when users fail to get past the first step — installing the macOS on Mac. Ventura update issues are among the top obstacles, and there are good reasons for that. Most often, your Mac is just not ready for the update. So let’s get it ready!

First, back up your Mac

You have nothing to worry about if your Mac data is safely backed up. Even if something goes wrong in the process of macOS update (although it shouldn’t), you’ll easily roll back to your previous system, with all the files and app data in place. 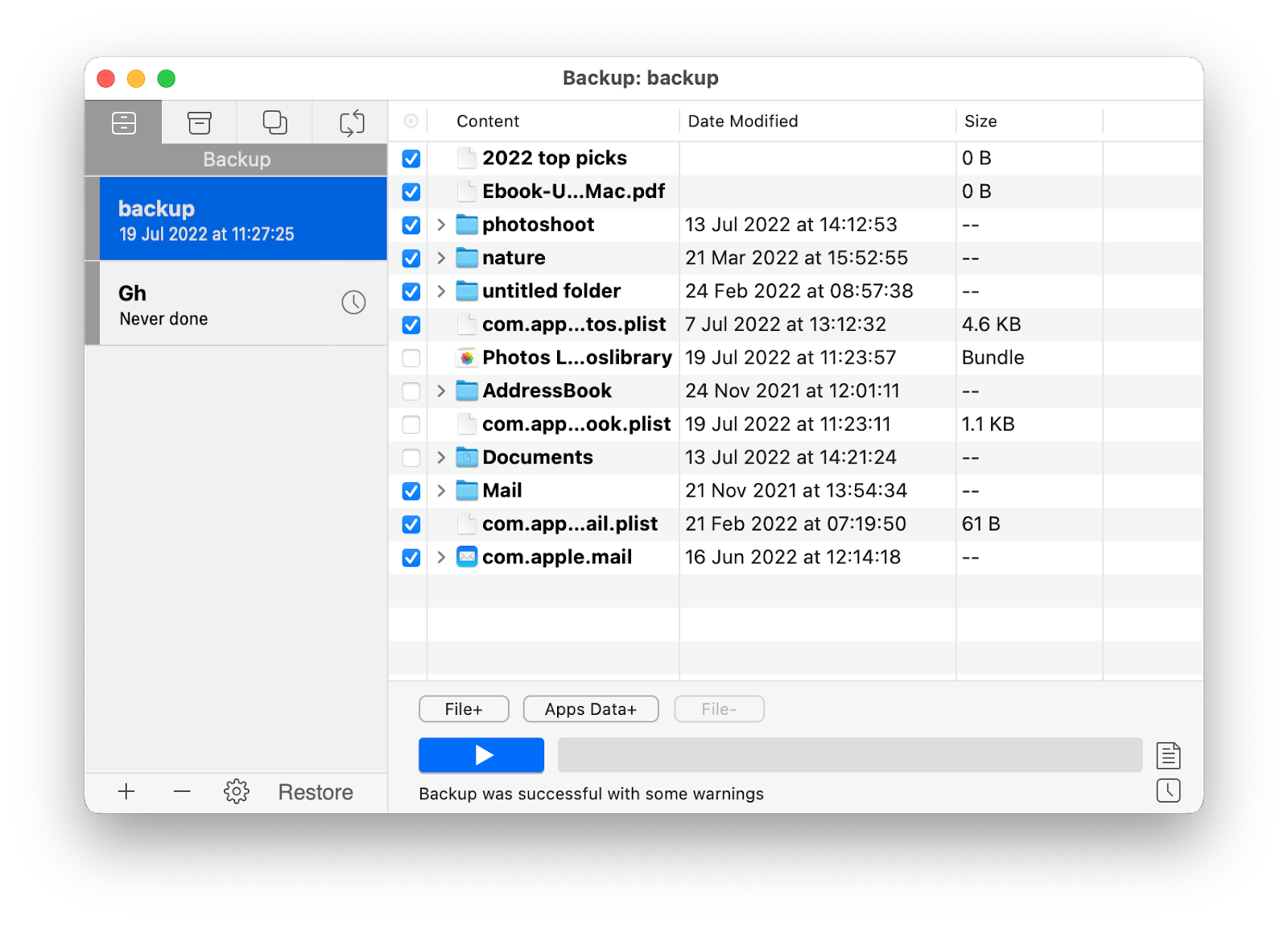 Why not just use Time Machine for backups?

Clearly, any backup is better than no backup, so please use any available tool. We suggest Get Backup Pro because it offers stunning compression (60% better than Time Machine), it’s great for bootable backups, and you can choose which data and when you want to back up.

Before you can install macOS Ventura on your Mac, you have to download it. This is the first stage where things might go wrong. Some people will experience Ventura update stuck with no error messages, others will be warned that “macOS Ventura download has failed” or “network connection was lost.” There are three things you can do to fix this.

Downloading a macOS update takes a while, and even the shortest network outage can hamper the process. Using WiFi Explorer to analyze your network stability is a good idea.

Check the Apple System Status page for server issues. Do you see the green dot next to “macOS Software Update?” All good then. Any other color will indicate an issue, which means it’s better to try downloading the update later.

Free up some space

macOS Ventura installer weighs a bit over 12 GB, but it’s best to have at least twice as much free space. Run a quick system junk cleanup with CleanMyMac X to free up some gigabytes. 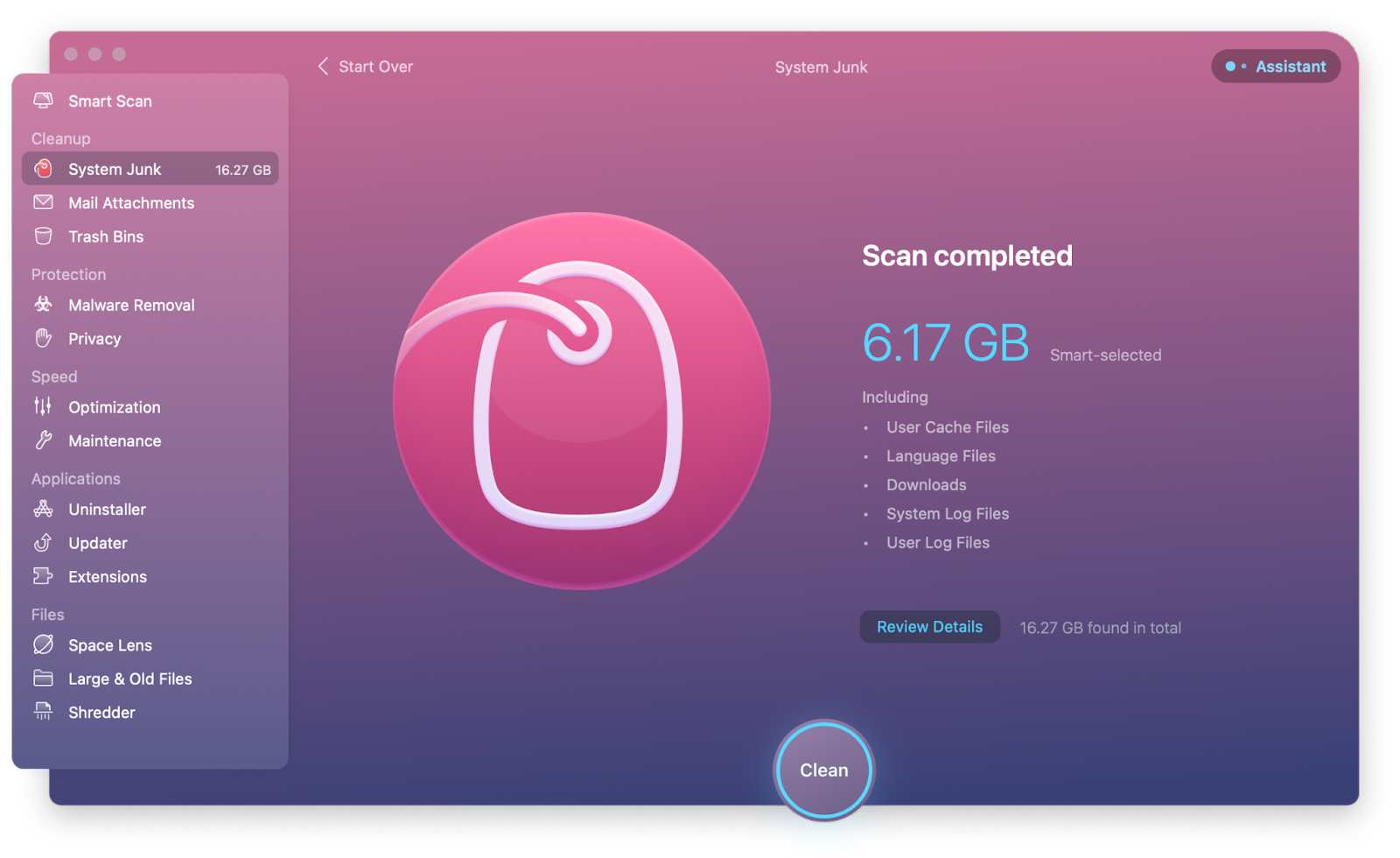 Download went well? Great! Now it’s time to install macOS 13 on your Mac. If your Mac won’t update to Ventura at this stage because installation fails, here’s your troubleshooting plan.

macOS Ventura doesn’t work on many older Macs (even those you might not consider old), so make sure you check the compatibility list. Here are the Macs that can run Ventura:

This might help fix the common “gateway timed out” error that causes Ventura update issues.

Here’s how to reboot in safe mode on an Apple Silicon Mac:

Here’s how to reboot in safe mode on an Intel-based Mac:

After rebooting your Mac in safe mode, try installing macOS Ventura once again.

Reset the NVRAM on an Intel Mac

Ventura won’t install, still? In this case, there’s another fix the owners of Intel-based Macs can try — resetting the NVRAM:

Note: Although Apple Silicon Macs have NVRAM, it’s resetting automatically and there’s no command you can use to reset it manually.

If you can’t update to Ventura after you’ve successfully downloaded and installed it on your Mac, it either has to do with Ventura booting issues or Mac stuck on setup. We recommend that you follow these steps if your Mac is stuck on “setting up your Mac:”

Your Mac not booting after the macOS Ventura update might be caused by anything, from a trivial display issue to more serious problems such as device bricking. Below we list some simple troubleshooting methods that might help boot up your Mac. If they don’t work, we encourage you to schedule a Genius Bar appointment and let the experts deal with it.

If you’re using more than one display, there might be an issue with your display not giving you any signs of the booting process (although your Mac is actually turning on). In this case, try the following:

If you have a multi-monitor setup, try DisplayBuddy. It’s a great tool to unify your settings across multiple displays and save time setting up your workspace.

Check if your Mac is getting the power

You don’t want to be stuck because of such a trivial issue as power supply. So let’s weed it out right away. Here’s what you need to check:

Sometimes, login items and launch agents can interfere with your booting process. Since they are tied to a specific user account, you can fix this problem by logging into a different user account. Of course, it only works if your Mac boots as far as the login screen.

There are some Ventura booting issues that can’t be solved that easily. There are users reporting “You shut down your computer because of a problem” error popping up on Ventura all the time, which probably has something to do with some files or preferences being written on shutdown. We don’t recommend fixing this manually unless you have solid tech expertise.

And we definitely don’t recommend trying to revive your Mac manually if it got bricked — let Apple professionals fix it for you.

It’s hard to say how much time it should take to install Ventura on your Mac because it largely depends on things like your network connection and current macOS. However, it’s safe to say that download and installation should be normally finished in less than 90 minutes. 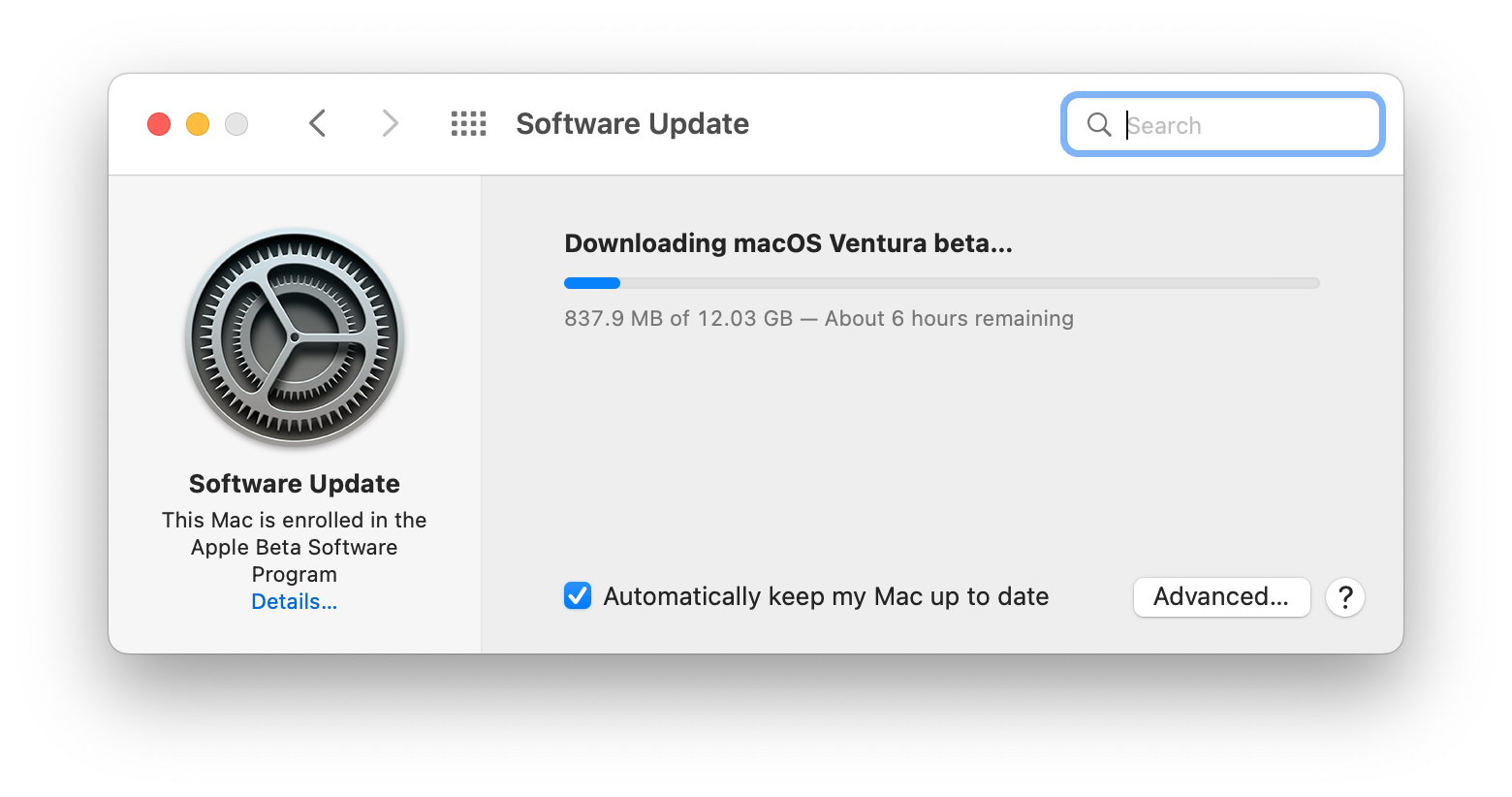 Here are a couple of things to keep in mind:

While macOS Ventura not installing is one of the core issues most users encounter, problems don’t end there. After you upgrade, you might need to tackle some performance issues such as Ventura battery drain. But don’t worry, we have a plan.

Some apps and processes will inevitably be sipping resources out of your Mac — like crazy. If you quit them, you’ll make your battery last longer. The easiest tool to quit top CPU hogs, including the background processes that are usually hard to track, is QuitAll. 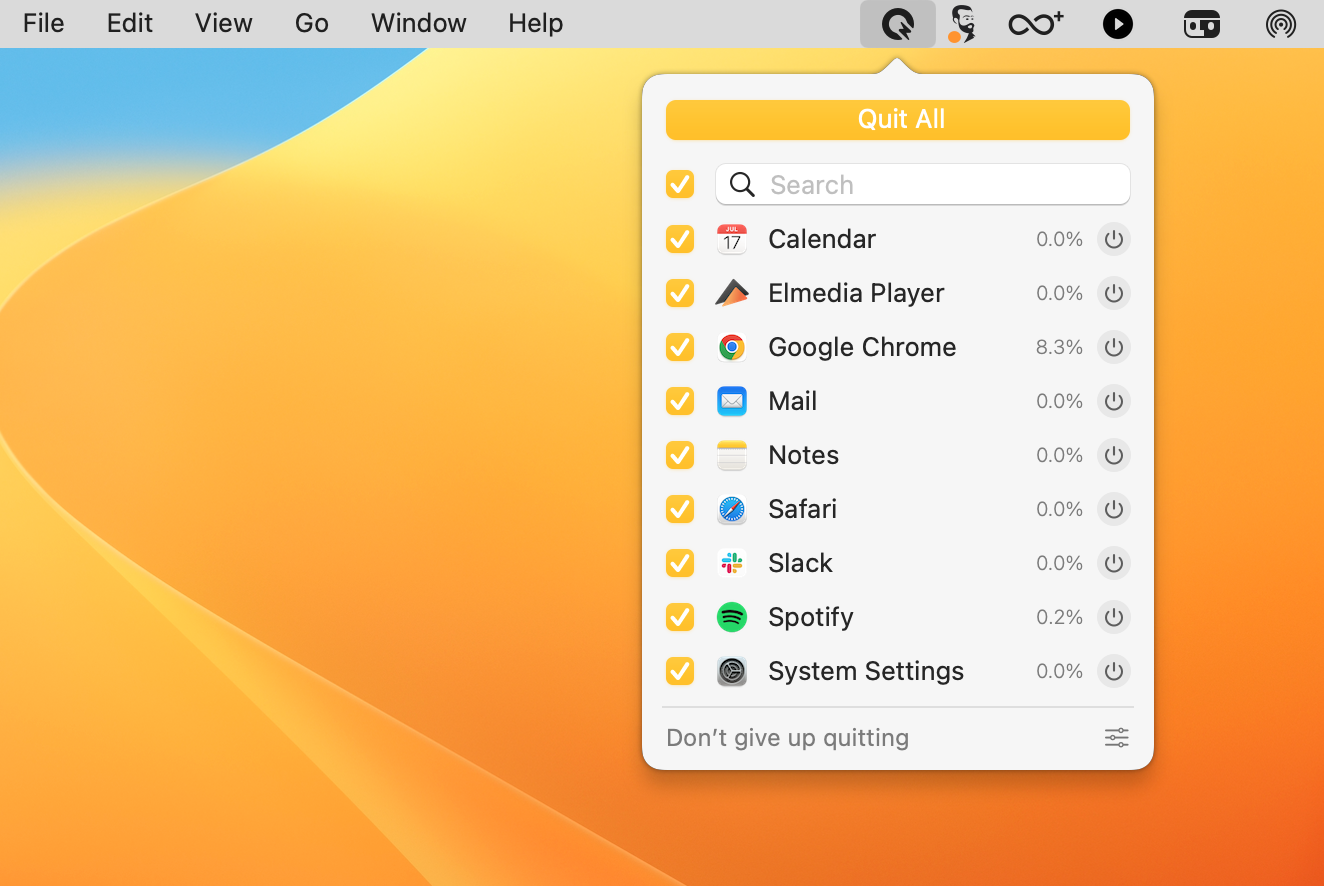 If you want to dig deeper into why certain processes affect your battery life, we recommend iStat Menus. It offers real-time tracking of your Mac’s performance and detailed stats on CPU, battery, and bandwidth hogs.

Browsers are often listed among the apps using significant energy on Mac. Some users say that Safari is less likely to drain your battery on the new macOS than Chrome, so you might want to try switching browsers.

Get a battery life extender

Endurance is a must-have tool if your Mac tends to discharge too fast. Install it on your Mac and let it work its magic in the background. The app automatically picks energy-saving modes that fit your current workflow and can help you save up to 20% of battery life.

Noticed your Mac slowing down on the new macOS? Don’t panic, it needs time to adapt. You can help your Mac out if you update apps and do some maintenance.

Many developers have already updated their apps for macOS Ventura. This means you need to install those updates. You can update your apps via the App Store (if you’ve downloaded them from the App Store), or use CleanMyMac X Updater feature to update all outdated apps at once.

CleanMyMac X has a dedicated maintenance module, so you don’t have to wonder which tasks need to be done. Just go to Maintenance, select recommended tasks, and click Run. 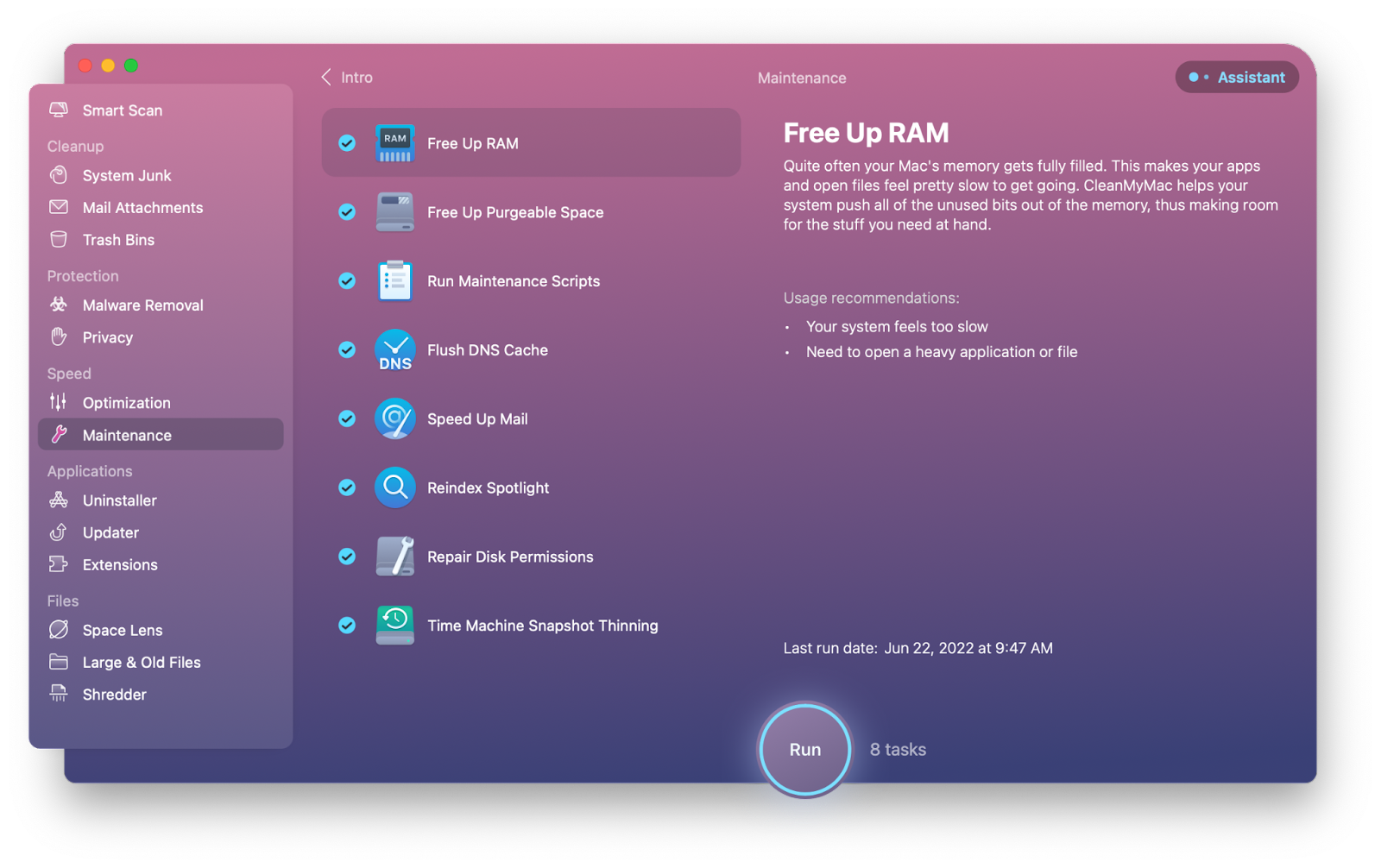 It might take a while for Spotlight to reindex after the update (you’ll know it’s indexing if you see the progress bar after clicking the Spotlight icon in the menu bar). Wait until it finishes reindexing — your Mac will likely speed up after that.

Stable performance is crucial for you to complete your tasks, without worrying your Mac might crash at any moment. Most often, crashing and freezing are caused by apps and programs that are outdated or incompatible with macOS Ventura. 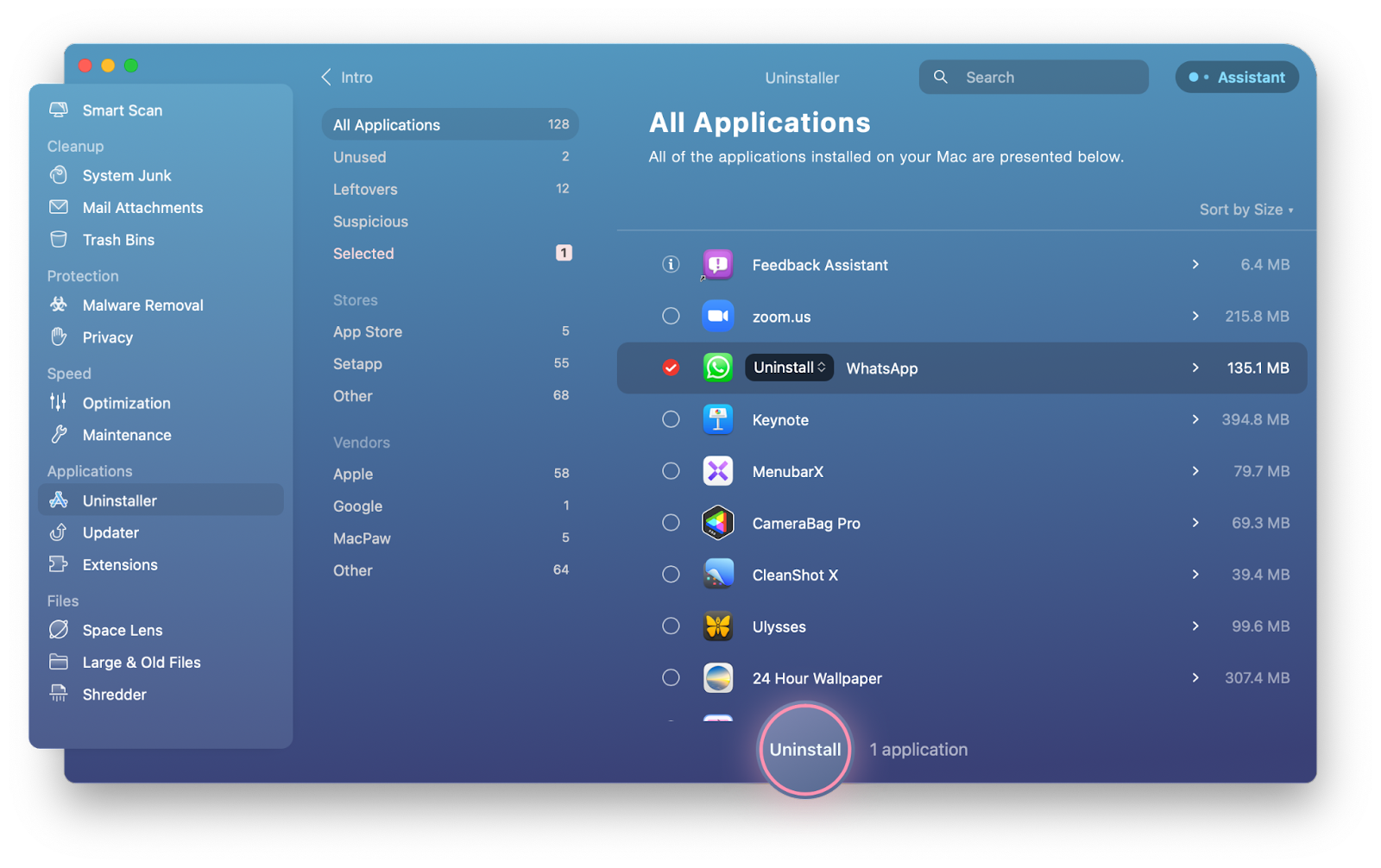 Issue 9. Wi-Fi or Bluetooth not working

If you’re having Wi-Fi issues after installing Ventura, the first thing to try is to uninstall VPN and any apps that might interfere with your network connection. Many Ventura beta users reported they had fixed the problem by uninstalling Little Snitch. Another tip is to scan your particular network with WiFi Explorer to check signal strength and see if there are any network issues. 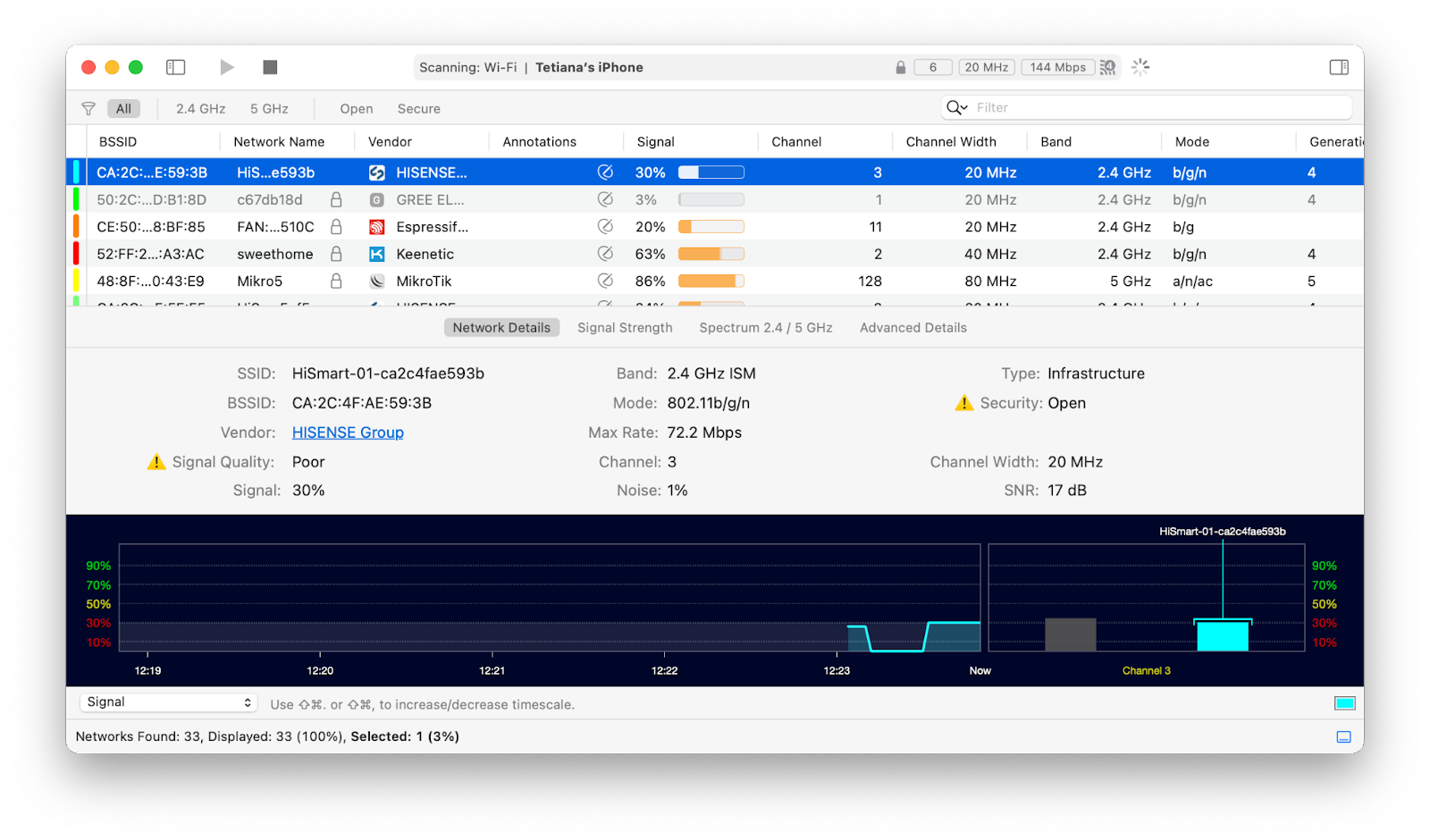 Bluetooth issues are very common as well. Try turning Bluetooth on and off or reconnecting your Bluetooth devices to fix this.

Switch to an alternative Bluetooth connection tool. AirBuddy is the best, it lets you connect all your Bluetooth devices from a dedicated screen, just like you do on iPhone. Not only is it handier than Bluetooth utility, it might also help fix Bluetooth issues on new macOS!

The biggest frustration of the previous macOS Monterey update was the delay of its major feature, Universal Control. Unfortunately, missing features are very common for new macOS releases. So if you don’t find the updates you’ve been waiting for on Ventura, just wait a little longer, Apple will certainly add them — we just don’t know when.

Before you rush into installing Ventura, install Setapp. Fixing a failed upgrade to Ventura is not always an easy feat, but if you have your data securely backed up, you have nothing to worry about. Setapp gives you access to Get Backup Pro, the best backup app we’ve seen so far. Plus, you get CleanMyMac X, Quit All, Endurance, iStat Menus, WiFi Explorer, and other apps we’ve mentioned in this article. Free for 7 days, Setapp saves you time and effort installing a new macOS update and helps fix tons of known Ventura issues.