Critical thinking is a hugely valuable skill to develop. No matter where you are on life’s journey, the ability to reason and apply logic is essential. In fact, in an age beset by fake news and bots spreading propaganda, it’s more important than ever to be able to separate logic from nonsense.

Critical thinking has been defined in many different ways in the thousands of years since Plato and Socrates practiced it. Essentially, it's the ability to think rationally and clearly and apply reason. And to understand the connections between ideas. A critical thinker reads something and asks themselves where the information came from, who benefits from its publication, and whether the ideas contained in it make sense.

Someone with critical thinking skills can:

Critical thinking is an important skill to develop and practice. How to become a critical thinker?

To developing critical thinking skills, it’s important to make notes, particularly if you’re listening to a lecture or watching a presentation. However, rather than just writing everything down in a linear fashion, as you might normally do, there are a couple of techniques that can help develop and improve critical thinking skills.

The skills that we need to be able to think critically are analysis, reflection, evaluation, observation,  interpretation, explanation, problem-solving, inference, and decision making.

What is critical thinking in simple words? To think critically we need to be able to:

Making an outline to identify the situation

So, the first step is to identify the situation or problem as well as the factors that may influence it.

Tools that help to identify the connection: bullet-pointing, highlighting, bookmarking, and researching. There’s Cloud Outliner, Marked, and TaskPaper as other great examples.

By using an outlining app like Cloud Outliner, you can note down key points and then hierarchically add supporting ideas. Cloud Outliner allows you to create, edit, and store visual outlines. You can drag rows up and down as you need to, and set indentation levels that make it easy to see how ideas and evidence fit together. Create templates and re-use them, once you’ve found a system that works for you. When you’re ready too share your work, you can export to PDF, HTML, and OPML as well as share by email or on social media. 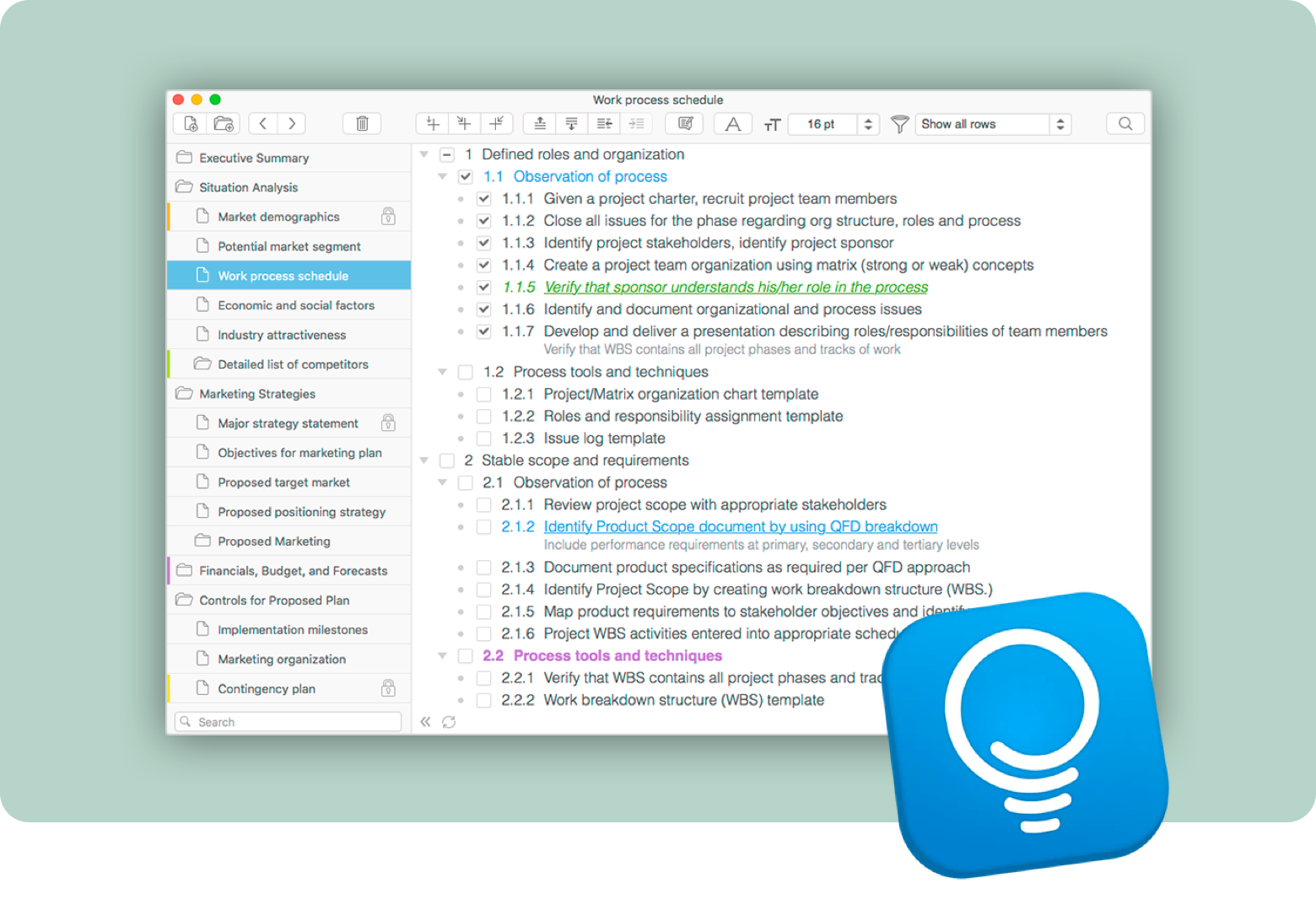 Mind mapping is fundamental to critical thinking. It exploits the fact that our brains process information visually much more effectively than they do when it’s presented in a written document.

The idea behind mind mapping is that you start with a central theme or idea, typically drawn in a box in the middle of the page, and then from that you create branches, which lead to other ideas, or to supporting evidence or ancillary information.

The strength of connections within a mind map are often illustrated by the thickness of branches between elements. And additional information can be added by labelling the branches, either with words or with images. With mind maps, you can reorganize your ideas really easily if you decide something belongs to something else.

It’s important that the visual elements are clear but also that they grab attention. Bold images are much more memorable than small insignificant ones, for example.

Both iThoughtsX allows you to create mind maps on your Mac, and import from other tools like Concept Draw, MindManager, and MindNode, as well as from OPML and CSV formats. And it has an iOS version that supports Handoff, so you can start off working on your Mac and switch to iPad, or vice versa. 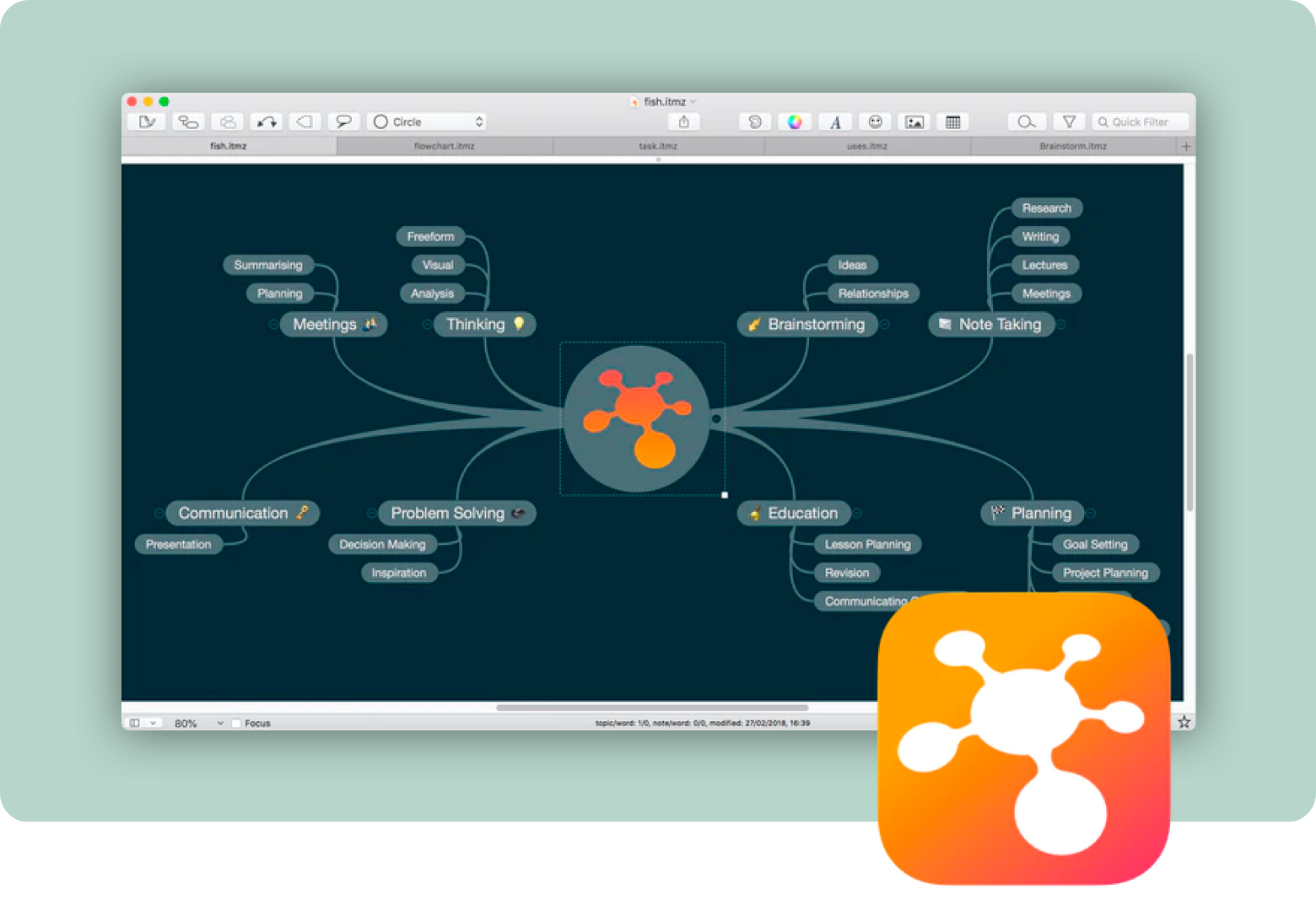 As we said earlier, traditional linear note-taking, where you write down words either in sentences or in lists, doesn’t encourage the development of critical thinking skills.

However, there are specialist note-taking apps that allow you to take notes in ways that allow you to link ideas. Studies, for example, allows you to make notes on cards and include information in the form of images and videos, allowing you to gather supporting evidence onto same card as the main idea.

Ulysses is primarily a tool for writing but you can use it to take notes and by gathering separate notes together in a project you can build an argument. Notes can be linked together, and you can add links to reference material too. 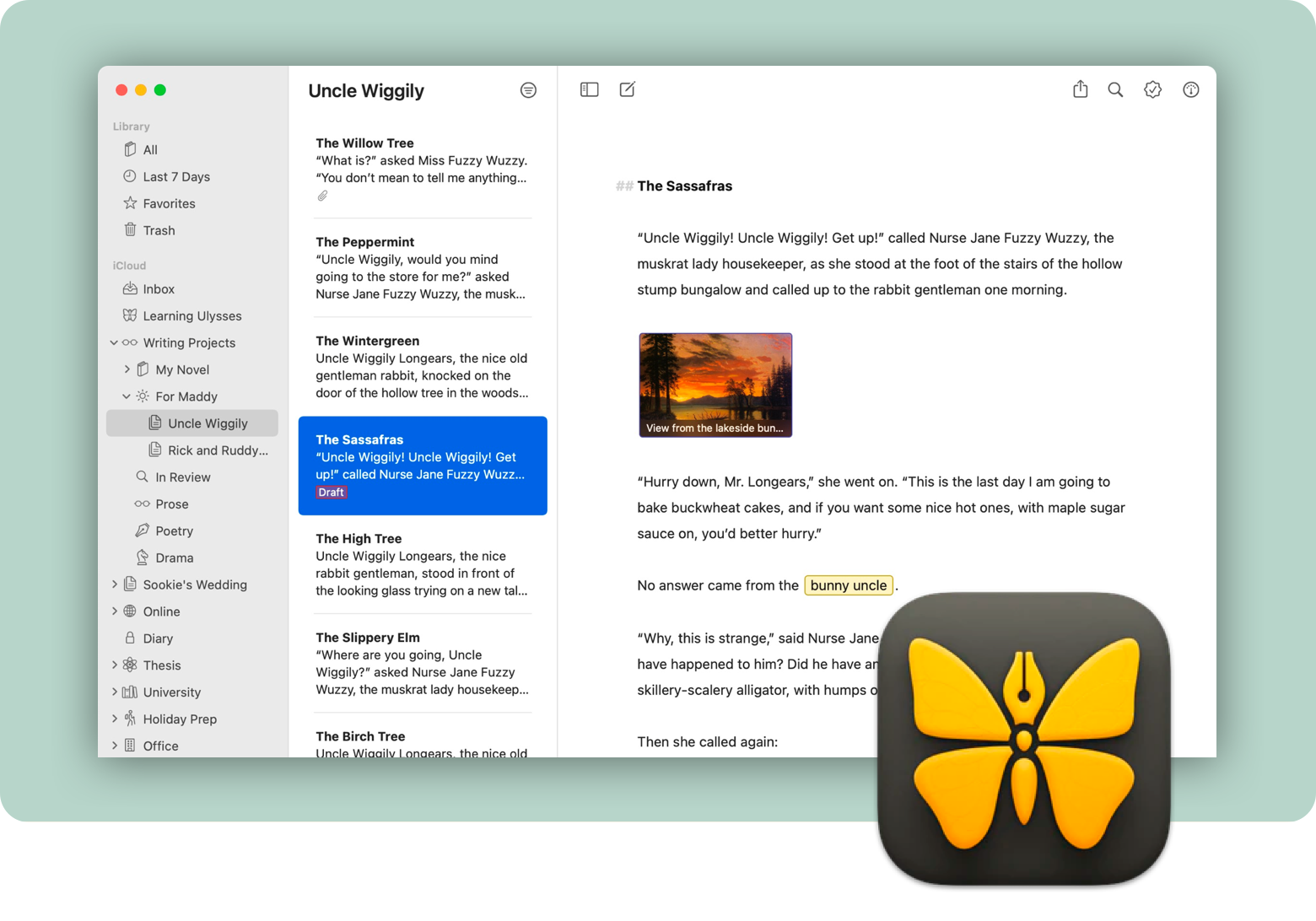 If you’re the kind of person who likes to make notes in snippets of text files and often finds themselves with a Desktop covered in them, Unclutter will help keep everything together. You can use it as a place to put images and links, as well as text, meaning you can get on with researching a subject and allow Unclutter to organize your notes.

NotePlan is a note-taking app that allows you to format notes with Markdown, and to create checklists or to-do lists. You can tag notes and filter them so that you see all the notes associated with a topic or idea together. And you can use colour-coding to help organize them.

If you prefer to work with images and graphical notes rather than text — and remember critical thinking is all about making connections between ideas, which is much easier for our brains to do when we’re working with images.

Turn your image collections into a timelapse with GlueMotion to condense your visuals into a unified experience, create a logical progression, and stir up new ideas.

When you’re ready to develop your ideas and arguments and share them, Aeon Timeline can help structure them. Primarily designed as a tool for visualizing creative writing projects, or for business planning, it’s also useful for developing ideas. Use it to map out your thought process, then add notes and images to each stage. It’s particularly useful if your argument relies on a chronological series of events, for example in a legal case or as an analysis of a historical event. 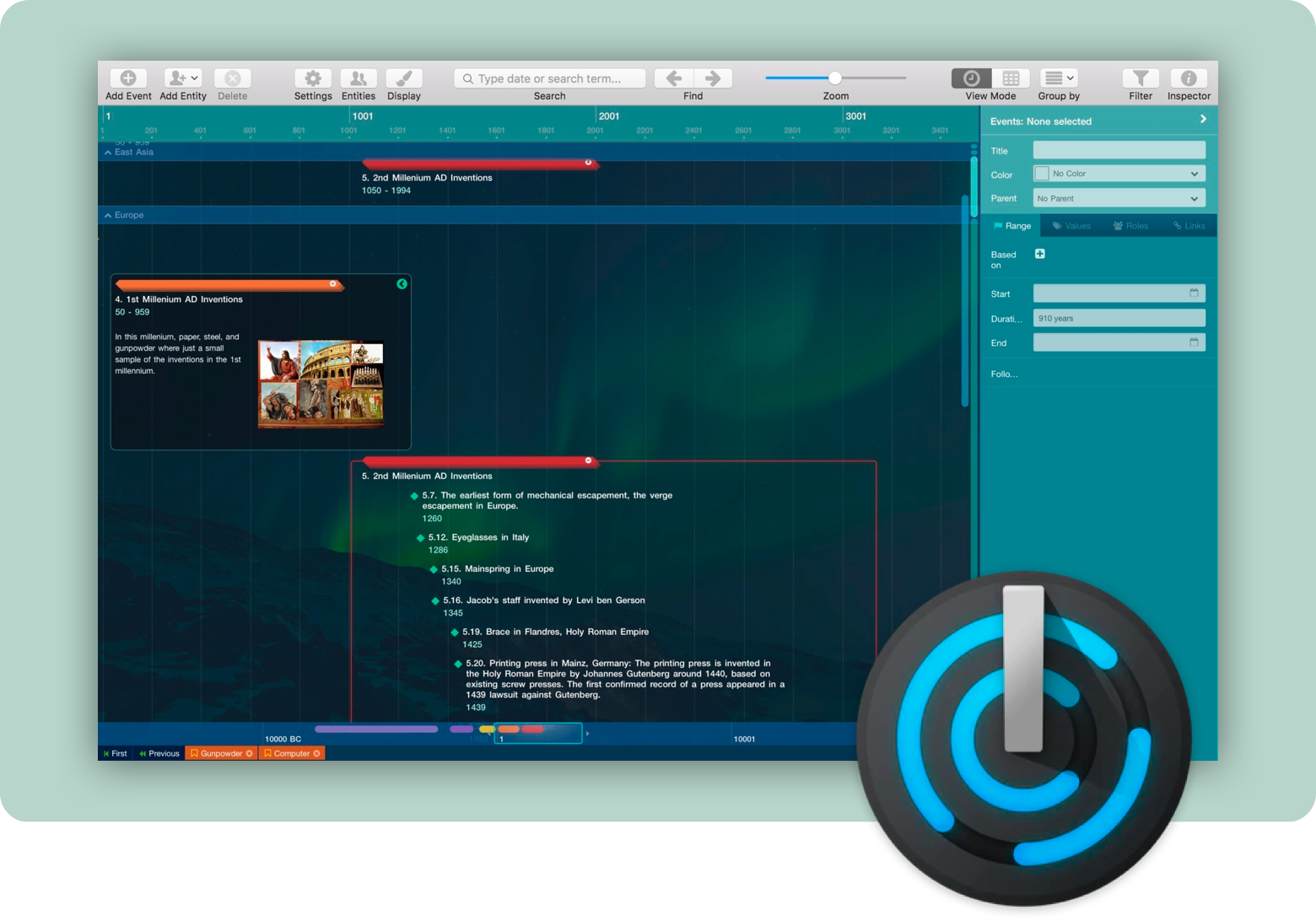 Once you understand the theory of critical thinking, improving your critical thinking skills takes persistence and practice. And, as you can see above, there are plenty of software tools for the Mac that can help. As with any skill, the key is to keep practicing and developing it. When it comes to choosing which tools to use to help, consider downloading and trying out Setapp for send days, free of charge. You’ll then be able to test all the tools mentioned here and discover which ones work best for you.