Steam is the world’s most popular digital PC games store — an online platform for downloading games straight to your computer instead of shopping at traditional retail outlets. The platform was launched to great success in 2003 thanks to the parent company, Valve, releasing it alongside one of the most highly anticipated PC games of all time: Half-Life 2. The company strategically ensured that Half-Life 2 couldn’t be played without downloading or registering the game on Steam, which was a controversial move but also the world’s first push into digital distribution. Since then, Steam continued to grow rapidly as dated formats like CD and DVD became obsolete.

Today, lots of Mac users are still wondering: does Steam work on Mac? Truth is, for many years, Mac users had very little access to the most recent games. Although Steam was originally Windows exclusive, it eventually began to support Macs too — with a catch.

Set up your Mac for gaming

Unveil the best gaming gems among Setapp’s 180+ Mac apps. Best of all, you can get them all in one package.

How Does Steam Work On Mac?

The main reason for Steam not initially supporting Macs was them containing proprietary hardware that game developers struggled to cater for. Macs generally didn’t have the same gaming-oriented hardware that Windows PC users enjoyed, such as high-performance CPU chips and video cards. Additionally, Windows made it easier for game developers to interface with their hardware using widely supported API tools such as DirectX.

The lack of games on Mac wasn’t only due to hardware and software, but also the business model as a whole. In the early 2000s, Apple was more concerned with their suite of creative applications and music software rather than games. As gaming became more popular, the company struggled to enter the market through their own App Store, as competing products had already captured market share.

Thankfully, Macs shifted away from their own hardware to common X86 platforms used by Windows PCs, which included Intel chips and leading video card brands like AMD and Nvidia. Suddenly, gaming on Macs became viable — in an effort to reinvent the industry Apple is releasing Arcade this fall, its gaming subscription service for all the Apple devices. But while we are yet to see what is Apple hiding up its sleeve, Steam has already jumped on the opportunity to make it work.

To register an account with Steam, go to https://store.steampowered.com/join, enter your email, select the country of residence, confirm you are at least 13 years old and not a robot, verify your email, then choose your Steam account name and password.

How to install Steam on Mac

Now is a better time than ever for gamers on Mac, thanks to greater Steam support and more powerful hardware parts. So if you’re wondering how to download Steam for Mac, you’re in the right place. Follow the instructions below and you’ll be ready to get your Mac games download going in no time: 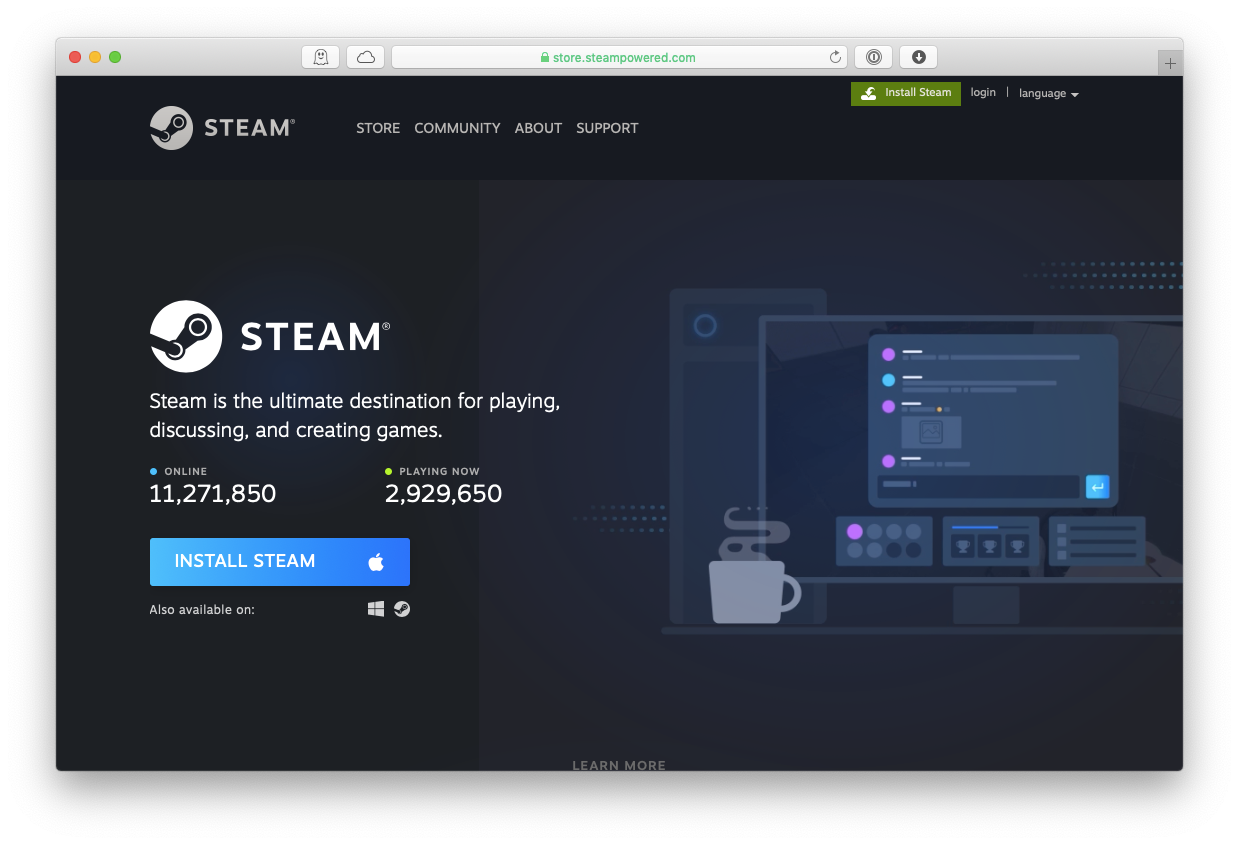 There are a few considerations to keep in mind if you’re thinking about installing Steam on Mac. First, you’ll want to ensure you meet the minimum requirements. Second, most of the popular games use a traditional two-button mouse configuration, whereas many of Apple’s mice only have one by default. You can usually update the settings of your mouse, including the Apple Magic Mouse, to use a two-button style in your System Preferences. Finally, you’ll want to ensure your Mac is optimized for the best gaming performance.

Despite Macs now having a more viable hardware platform for game developers, you’ll find that not all best Steam games for Mac are the same as Windows. Game developers still have to make accommodations for their games to run properly, most often quality assurance testing and specific Mac updates. In such an environment, here’s how you can find the best Mac games on Steam: 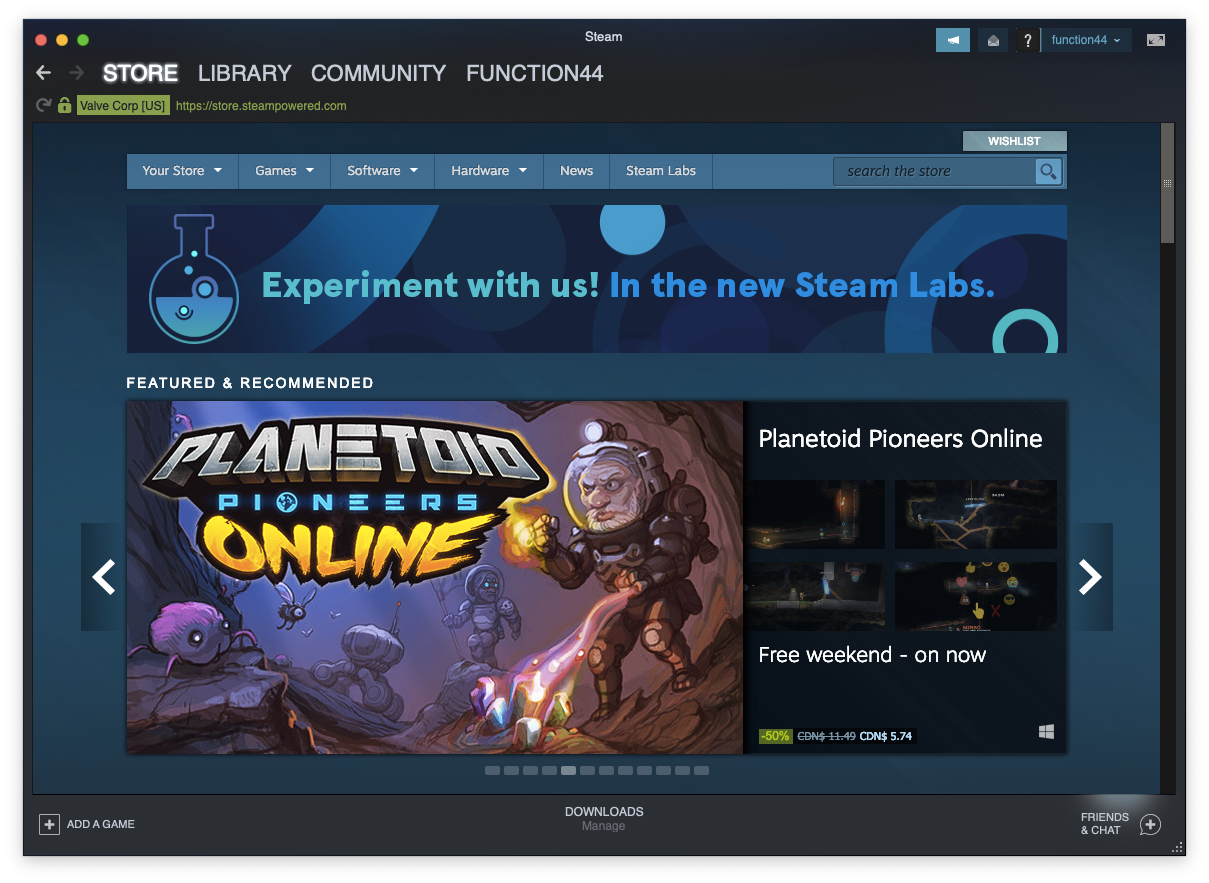 A helpful trick for first-time users is to take advantage of the Wishlist function, which adds games to a watchlist and notifies you when they are on sale. You can find the Wishlist button on the game page, near the “Add to Cart” button.

Additionally, you might want to begin your gaming journey with some free games for Mac. In Steam, navigate to the Store tab, then Games, and then Free-to-Play. You can download any of these following the same instructions as purchasing games.

If you find certain games are running slow, especially online, you may want to troubleshoot your internet connection. Mac users have a fantastic option for identifying internet issues in an application called WiFi Explorer.

WiFi Explorer automatically scans your network for coverage conflicts and then suggests tips for resolving them. In just a few seconds, you can see how well your WiFi network is performing, the strength of the signal when you move around your place, and your signal-to-noise ratio — so you can go back to gaming ASAP. 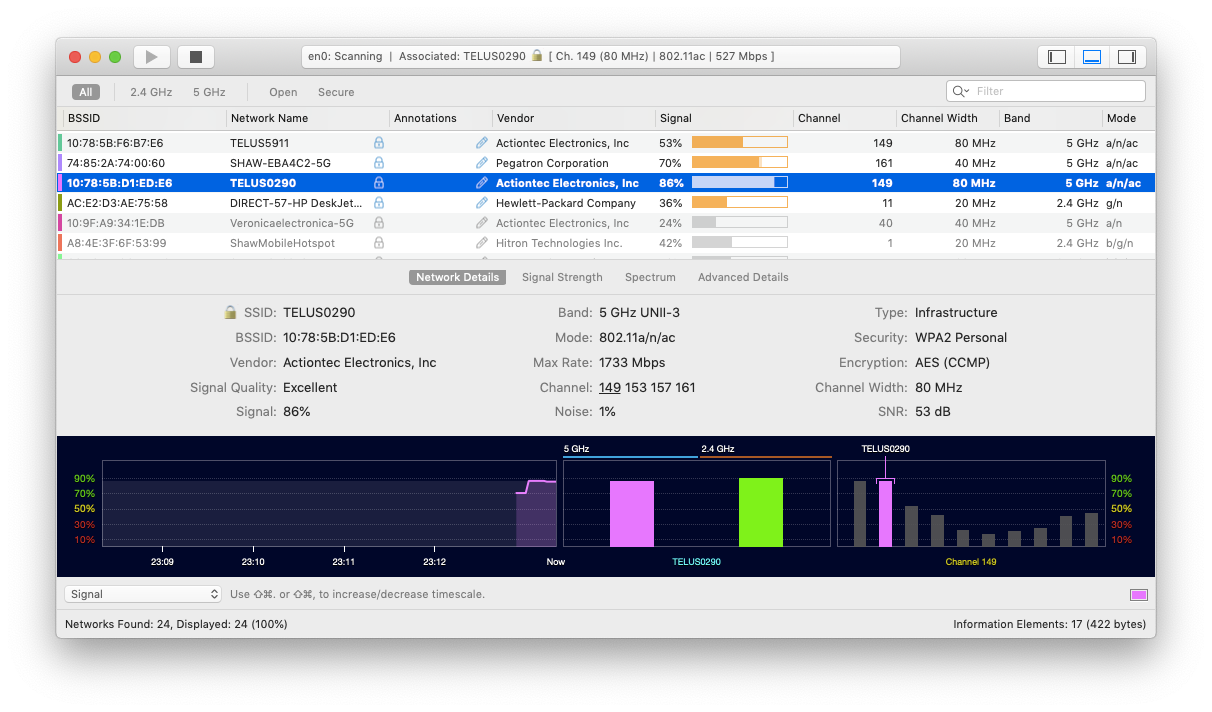 What is the Library in Steam for Mac

Library is a tab in your Steam that houses the games you’ve played. It has the Home page, as well as Collections and Downloads.

You can view your recently played games there or sort your games for easy exploring — alphabetically, by release date, last played, hours played, metacritic score, Steam review, size on disk (handy for when you want to free up disk space by deleting some of your downloaded games), and even by friends playing.

You can browse games on Steam both on the service’s website and in your Steam desktop app.

Go to the Store tab in your Steam app or on the Steam website to view available games. You can search for specific games or select to view select games by applying a respective filter: Top Sellers, New & Trending, Current Specials, Recently Updated, Popular Upcoming.

You can also browse games by category or go to Your Store tab for Recommendations, Followed Games, and more.

How to uninstall steam on Mac

If you’ve finished a game, or you’re trying to free up space on your drive, you may want to uninstall a Steam game on Mac. But you might be wondering: where does Steam install games? The answer is relatively complex, as Mac structures its application files in such a way that accessing them in the Library can be difficult when compared to the Windows File Explorer. Thankfully, uninstalling games on Steam is easy with its built-in file wizard for Mac. Here’s how to uninstall Steam games on Mac:

If you’re looking to uninstall the Steam application itself entirely from your Mac, it’s best to uninstall your games first to ensure nothing gets left behind. After that, simply dragging Steam into the Trash wouldn’t be ideal. If you want the most reliable way possible to uninstall Steam on your Mac, you may want to consider using an application designed to do this thoroughly.

Free up space for new games

Get CleanMyMac X, a powerful app uninstaller and Mac cleaner. Win more space for the most interesting Steam games.

CleanMyMac X is a popular tool for Mac users that lets you uninstall applications and wipe their footprint completely from your drive (simply go to the Uninstaller tab, scan your Mac, and remove). Plus it grants you access to one-click optimization and other handy features such as browser privacy configuration. 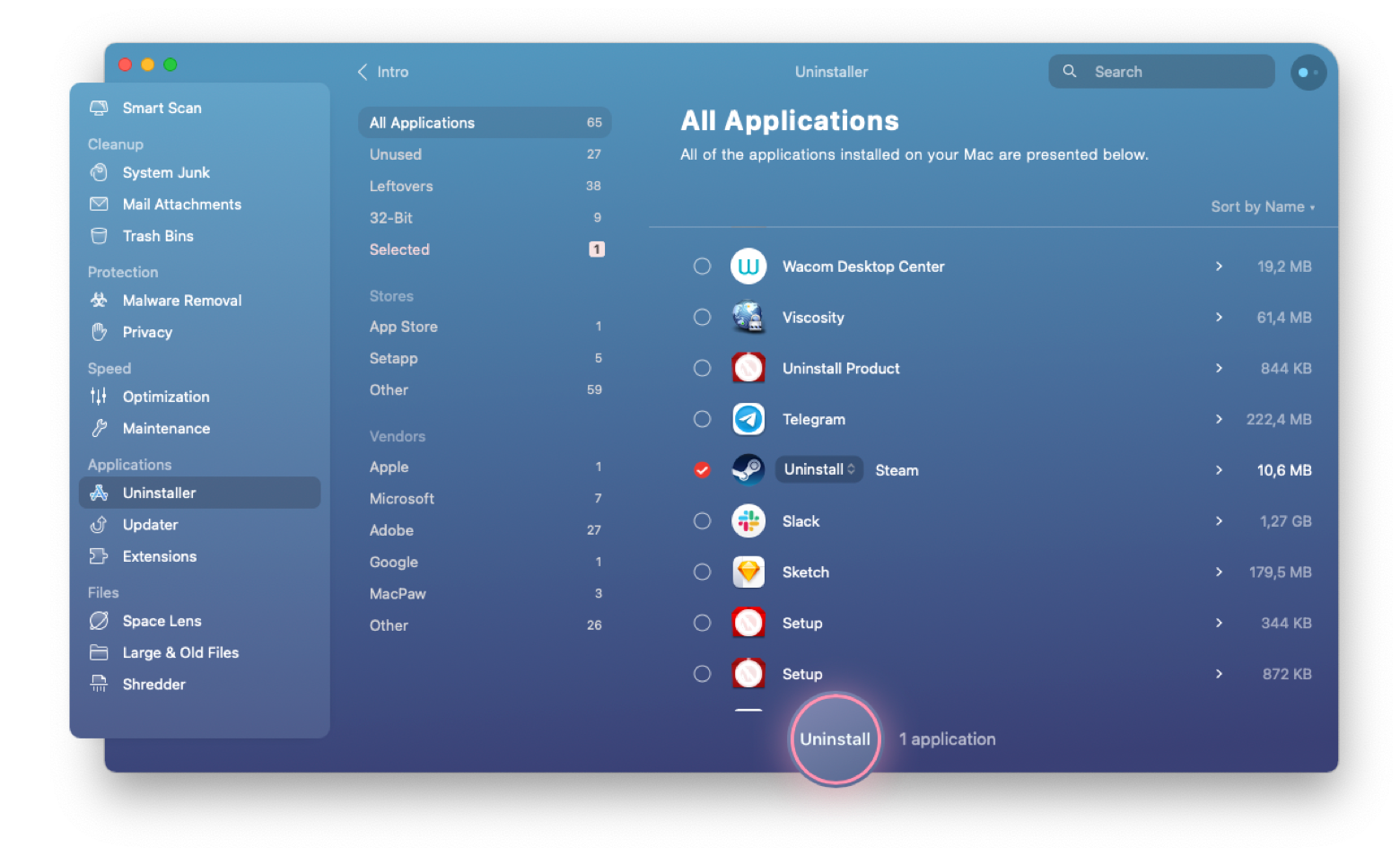 Now that you know how Steam works, and how to install and uninstall games for Mac, you’re ready for gaming with confidence.

Best of all, WiFi Explorer and CleanMyMac X, which can help you craft the best gaming experience possible, are available for free via 7-day trial with Setapp, a software suite with more than 150 Mac apps to solve tech issues, increase your productivity, and express your creative side as well. Now let’s play!