Like any piece of hardware, your iPhone or iPad can run into seemingly random issues from time to time. For most, simply force-quitting an app or restarting the device solves things. In other cases, toggling into and out of Airplane Mode may help.

For more pressing issues, you may need to put iPhone in DFU mode – but what is the iPhone DFU mode? And is there an iPad DFU mode?

DFU mode is a setting each iPhone and iPad has that helps diagnose and solve some issues but is most commonly used for those who participated in jailbreaking their devices. Still, it’s something we can all use for restoring devices when the issues we’re experiencing are just too severe.

We’ll tell you how to enter DFU mode on iPhone and iPad, when it’s appropriate to do so, and which devices can be placed in DFU mode. 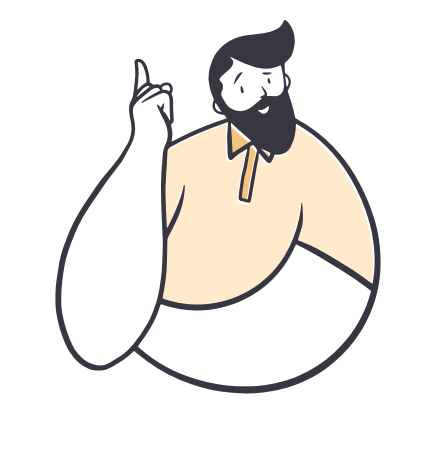 DFU is acronymous for “device firmware update,” and places your device into a recovery mode that makes low-level changes to the firmware on that device.

If you’re thinking “but there’s already a recovery mode on iPhones and iPads,” you’re correct! DFU mode differs from recovery mode because it’s a bit more comprehensive and helps solve far more difficult problems with iPhones and iPads. In DFU mode, the device is held in a state of limbo: it will be powered on, but not yet booted into iOS. This allows you to make changes to the operating system before it begins running.

The main reason for entering DFU mode is it allows your device to link to iTunes for restoration so you can return the device to a working state. In DFU mode, a device linked to iTunes won’t trip the bootloader on iOS – but know it takes some careful timing to get right. If you fail, don’t worry, just keep trying!

Here are some of the main reasons to enter DFU mode:

How To Put an iPhone X and Older Into DFU Mode

The iPhone X DFU mode is the same as other devices but entering DFU mode on newer iPhones is a bit different due to the presence of Face ID. And more often than not, older devices are the ones with issues, or are prime candidates for jailbreaking. Know that in DFU mode iPhone 6 and older may take a bit longer for the process to complete as those are older devices with slower processors.

Here’s how to enter DFU mode on an iPhone X (or newer):

If the screen stays black – but is clearly illuminated – you’re in DFU mode.

Release the side button – but continue holding the volume down button for five seconds (Note: If you see a “Plug into iTunes” screen on your phone, you’ve failed, and will need to try again. If the screen stays black – but is clearly illuminated – you’re in DFU mode.)

Before taking any of these steps, save important documents and photos on your phone to the cloud with Dropshare for iOS. Dropshare works with all popular cloud hosting services including Google Drive, Dropbox, Box, OneDrive, and others!

Dropshare lets you share form any device to the cloud, so you don’t lose anything during the DFU boot procedure. Your iPhone or iPad may not have synced properly if it was having issues, so eliminate the risk of losing your digital documents and use Dropshare.

In DFU mode iPhone 7 and older models may be a bit sluggish, so it might take a few tries. As you can see from the steps above, timing is critical. These models also lack Face ID, so powering them down is a bit less cumbersome.

Here’s how to enter DFU mode on iPhone 7 and older models:

If the screen stays black – but is clearly illuminated – you’re in DFU mode.

Many users with older iPhones enter DFU mode in an attempt to remedy a slowed iPhone, but there could be a simpler fix. Instead of taking unnecessary steps with DFU mode, give ClearVPN for iOS a try. It’s an efficient VPN for iOS, helping you browse the web safely, and likely much faster. It can help keep you safe from phishing, tracking, and other fraudulent activity, too.

How To Put an iPad in DFU Mode

Entering DFU mode on an iPad is very similar to the process for iPhone but has a slightly different workflow. Here’s how it’s done:

How To Exit DFU Mode

Exiting DFU mode is fairly simple, but a bit tricky. Remember to have the device powered off completely before taking the steps below.

For iPhones with Face ID:

For iPhones with a Home button, you just need to power the device down then back on again. Just hold the Home/power button until the device turns off, then hold the power button to turn it back on.

Dropshare and AnyTrans are great apps to use before, during, and after these processes, and both are available for free during a seven-day trial of Setapp. In addition to these great apps, you’ll have unlimited access to over 220 other amazing apps for Mac, many of which have iOS counterparts you can try as well!

When your trial ends, continued access to Setapp is only $9.99 per month. It’s an amazing deal, so why wait any longer? Give Setapp a try today!