We value Apple devices because they work so seamlessly together. It’s great to be able to tap into the same ecosystem and share settings and features, such as iCloud, messages, and system preferences, across devices.

Arguably the best cross-device functionality introduced over the past few years has been Universal Control, which works great across iPads as well as multiple Macs.

Find out how to troubleshoot common Mac problems and improve your productivity at the same time with 240+ apps on Setapp.

Why is Universal Control not working?

The Universal Control feature was released with macOS Monterey. It lets the user control multiple Macs and iPads with the same keyboard and trackpad (or mouse). In addition, users can seamlessly drop off files and interact with apps on iPadOS and macOS. For example, it’s possible to drag and drop an image from Procreate on iPad to Keynote on Mac.

Universal Control requires macOS Monterey 12.4 or later and iPadOS 15.4 or later. All devices must be signed in with the same Apple ID, have two-factor authentication enabled, be within 30 feet, and have Bluetooth, WiFi, and Handoff turned on.

So why might you see Universal Control not connecting? Here are a few common reasons:

Some other rare problems are possible as well. So if you can’t get Universal Control to work, make sure to try the following solutions.

How to fix Universal Control problems

In general, Universal Control is a stable feature that works seamlessly across multiple devices. But if you see the Universal Control feature Mac iPad delayed, you can usually get it fixed quickly by following one of the following troubleshooting solutions.

Connect Mac and iPad to the same WiFi

If you can’t find Universal Access on Mac, more likely than not, it’s because your Mac and iPad aren’t connected to the same WiFi network.

To resolve the issue, go to System Settings ➙ WiFi and check that the name of the network matches. In case your WiFi is buggy or there are other connection problems, use WiFi Explorer to fix them. 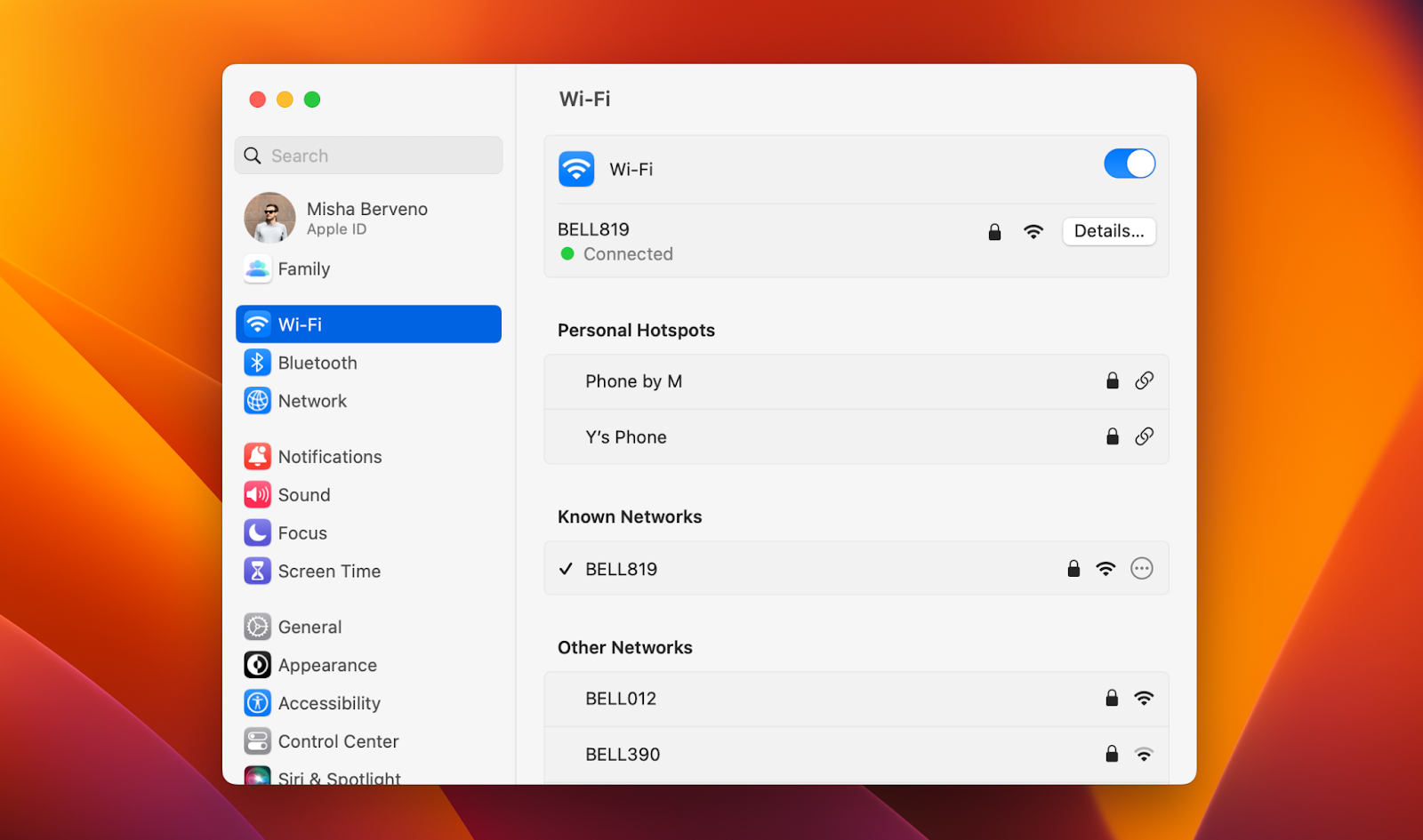 WiFi Explorer is the only app you need to get the most out of your internet connection. Using a single real-time dashboard, you can track your WiFi signal strength, channel width, band, security, generation, and more. Once you see an issue, WiFi Explorer offers a comprehensive troubleshooting guide with step-by-step walkthroughs — no professional help required. 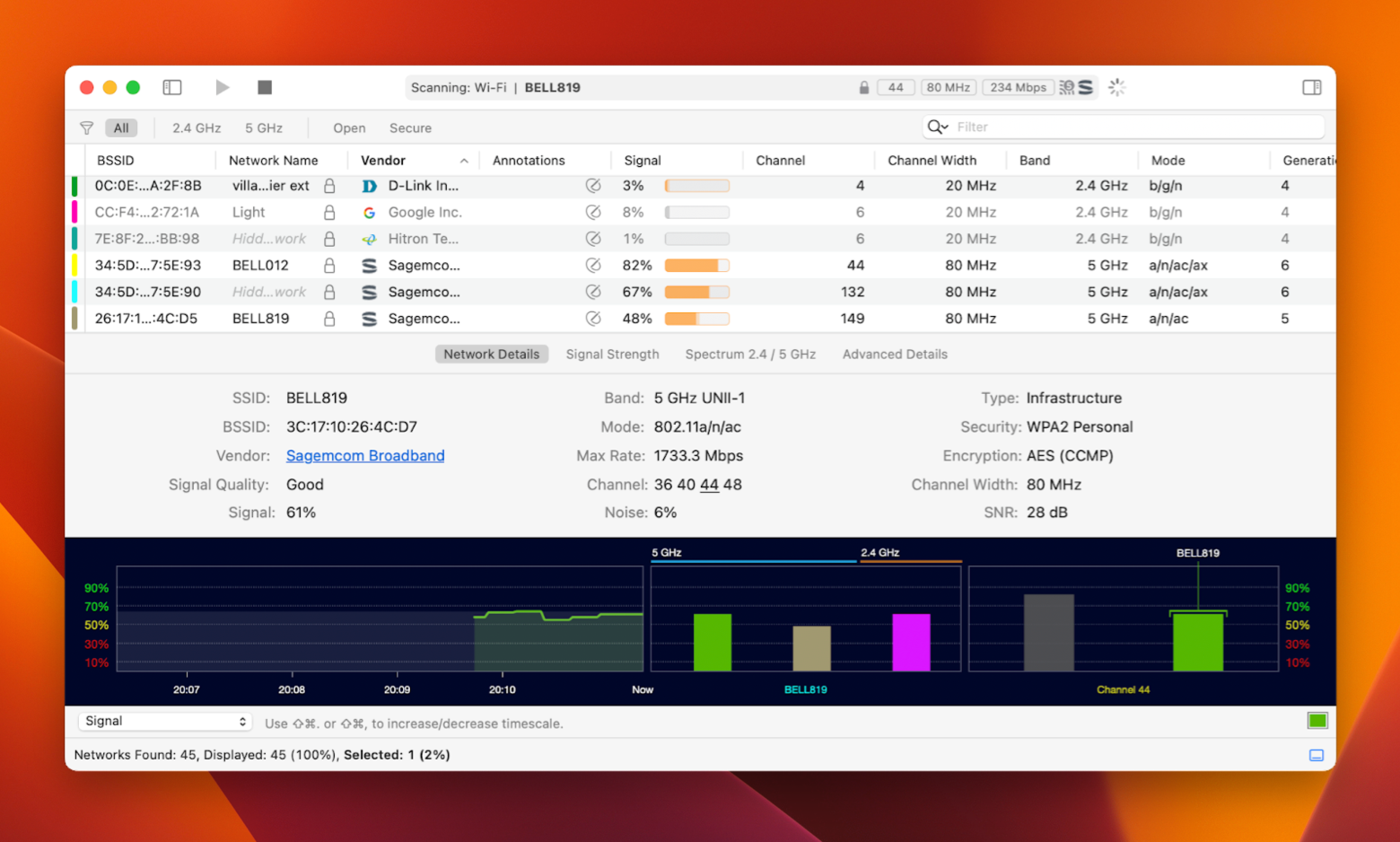 At the same time, you should check that your Bluetooth is turned on as well. You can do so in System Settings ➙ Bluetooth. Switch the toggle on, if needed.

If managing all the Bluetooth-enabled devices is becoming a chore, you can take back control by using ToothFairy.

ToothFairy is a menu-bar-based Bluetooth manager that lets you connect with any Bluetooth-enabled device in a single click or a shortcut. At the same time, you can easily switch between similar devices, such as speakers or headphones. If something is not working, it’s also possible to troubleshoot the problem right on the spot, without searching online or digging through the menus. 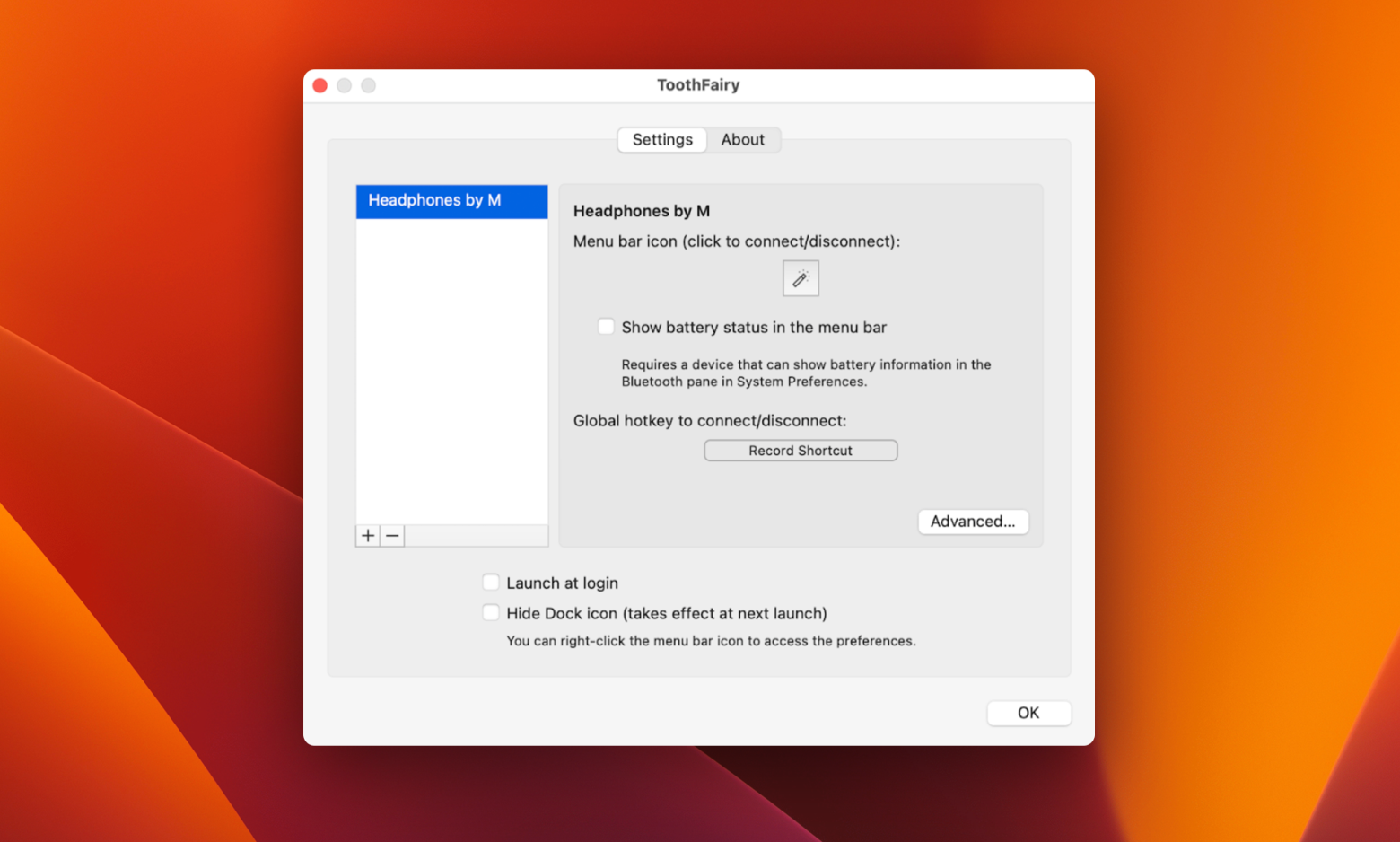 Turn on Handoff on Mac and iPad

A common reason for the iPad not showing up on Mac is having the Handoff feature turned off.

To turn Handoff back on, go to System Settings ➙ General ➙ AirDrop & Handoff and toggle on “Allow Handoff between this Mac and your iCloud devices.” 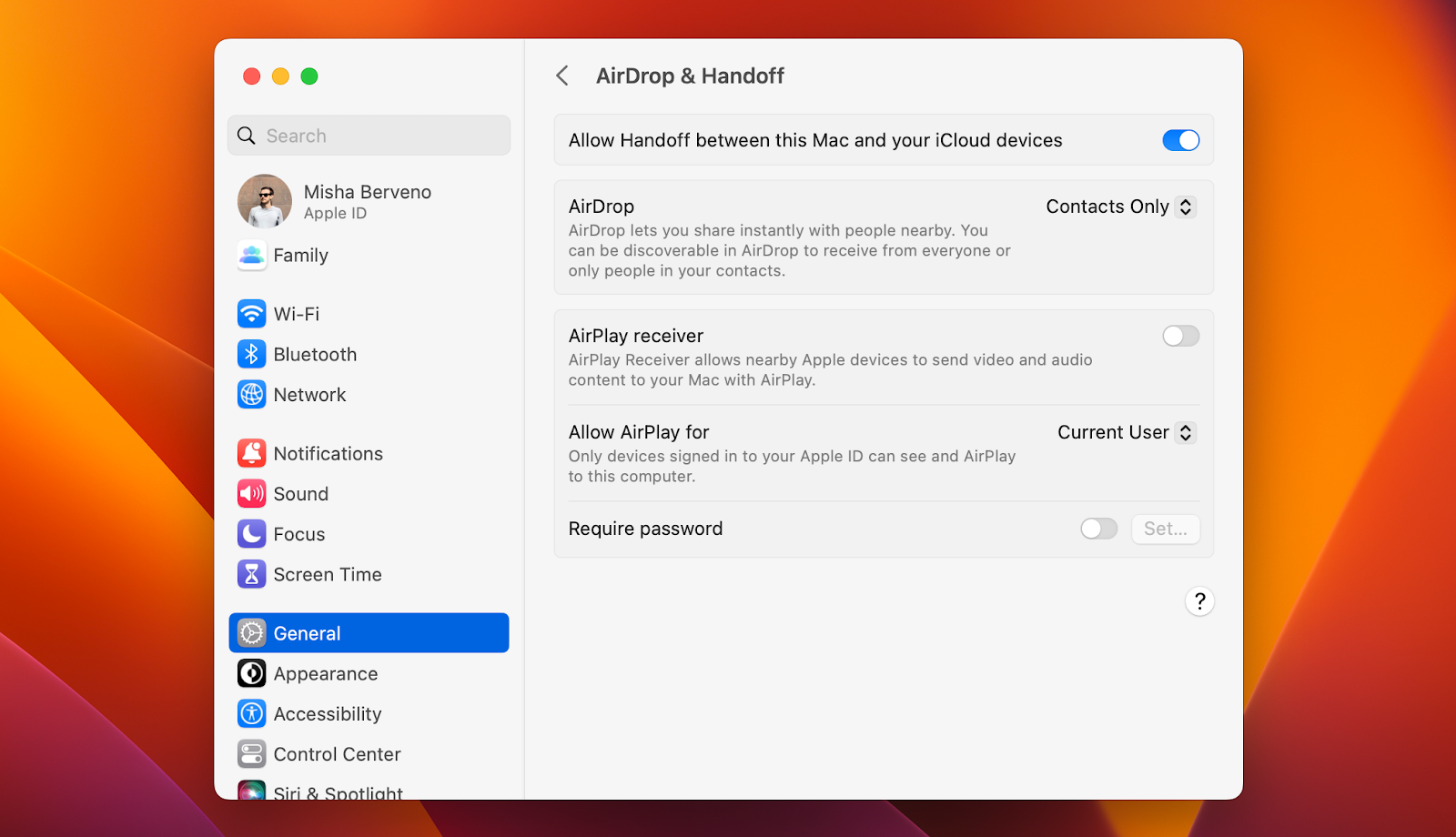 Another similar reason to see a Universal Control device timed out often has something to do with firewall settings. Firewall blocks unauthorized incoming connections (which is great) and, in some cases, might also block the iPad to Mac Universal Control.

You can check whether your firewall is turned on by going to System Settings ➙ Network ➙ Firewall. 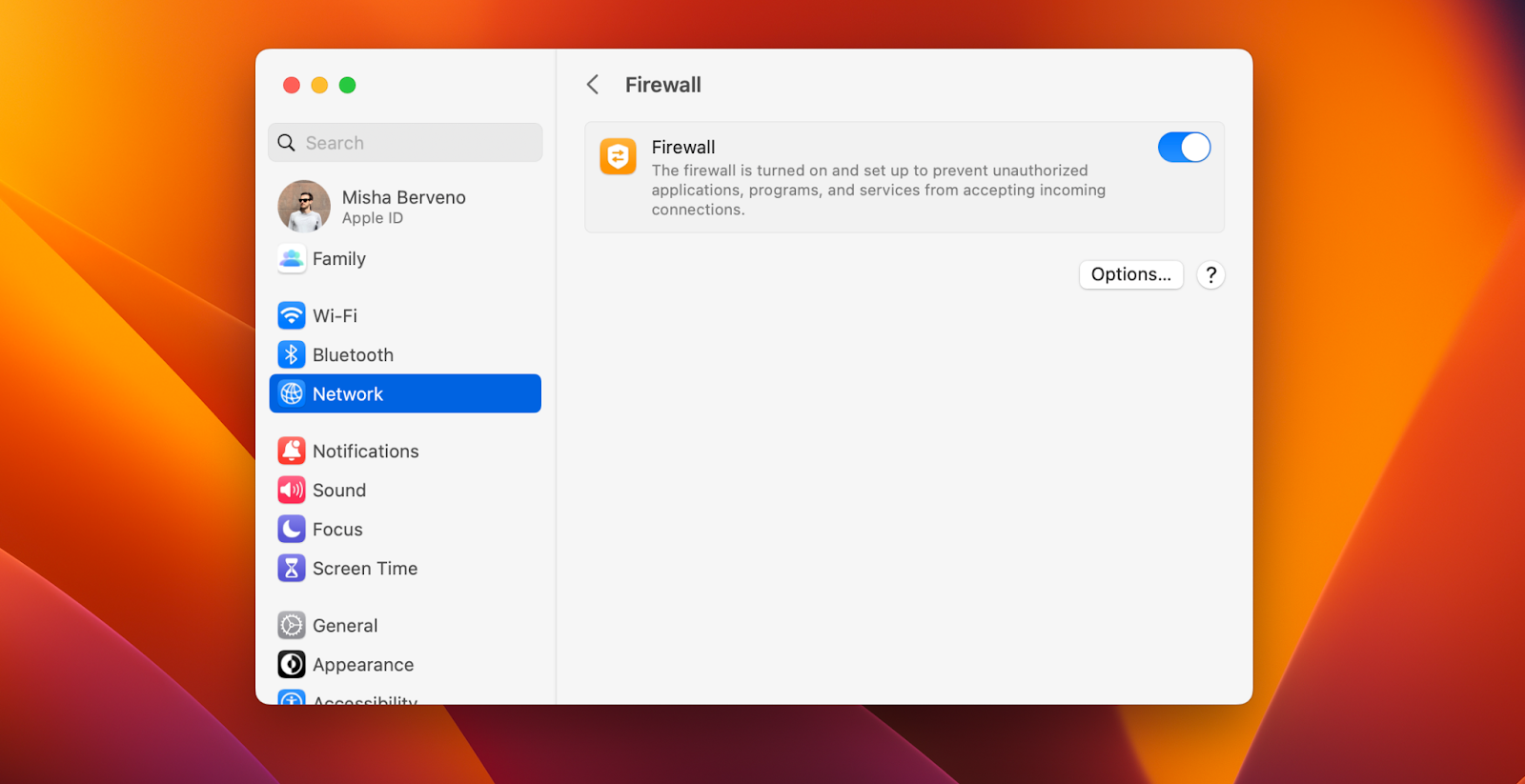 In general, a firewall is a reliable security feature that should be turned on unless it creates problems with the apps or features you use (e.g. Universal Control). For more security features that you should use, refer to Pareto Security.

Pareto Security is a menu bar utility that automatically checks all the best practices for how to improve your Mac’s security, from software updates to system integrity and beyond. Plus, the app features detailed guides showing you how to properly secure your Mac.

When your Mac falls asleep, turns on a screen saver, or locks itself, the Universal Control connection might be lost.

To prevent that from happening, you can extend or cancel screen saver or automatic display turnoff. You can find these options in System Settings ➙ Lock Screen. 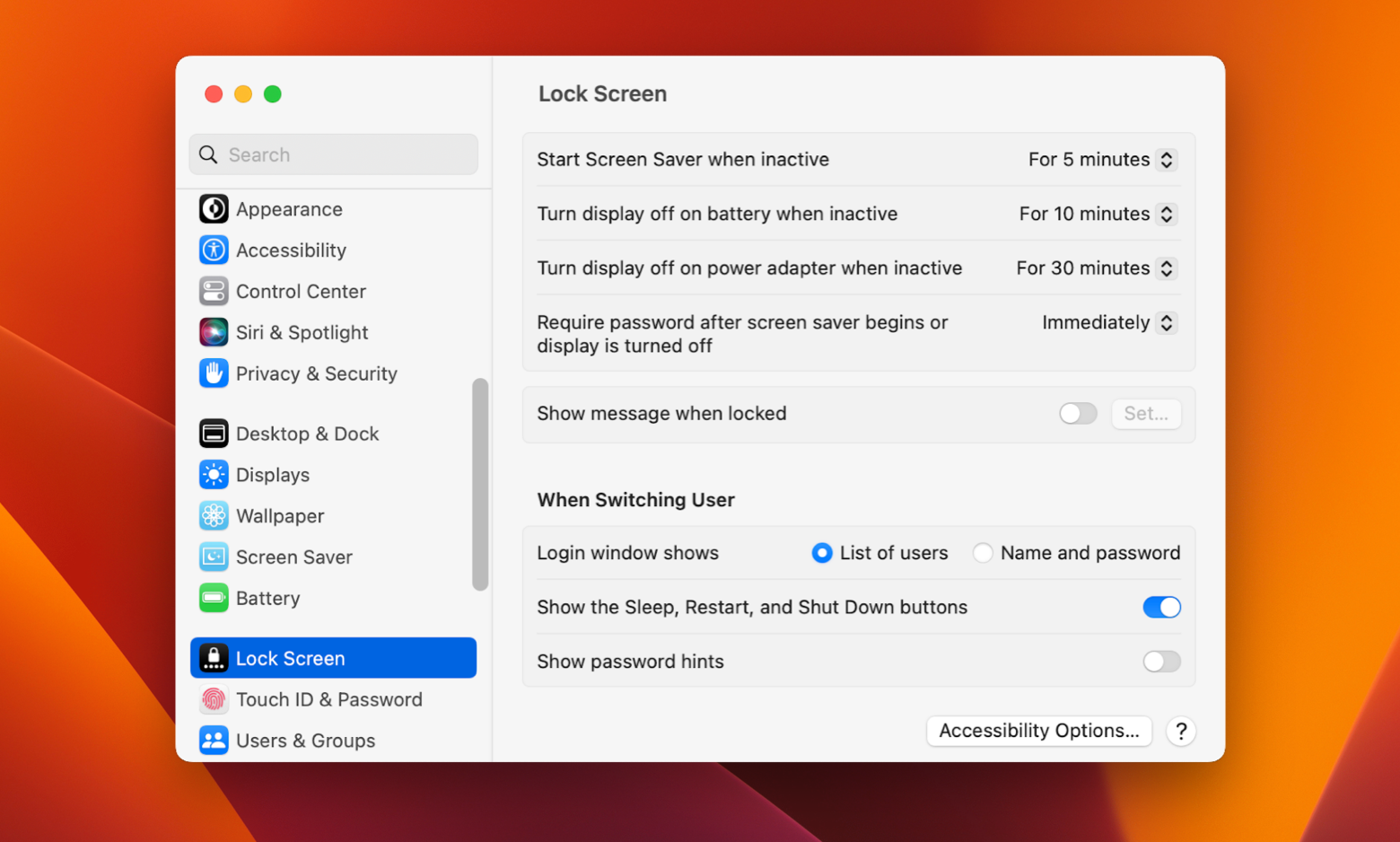 If you use Universal Control frequently, it might not be convenient to jump into System Settings every time. Instead, you can use an accessible menu bar app like Lungo.

Lungo is like a cup of coffee for your Mac. Just click its menu bar icon and select for how long you’d like to keep your Mac awake (and not dimmed), from 10 minutes to indefinitely. Then use Universal Control exactly the way you want. When done, just switch off Lungo. That’s it! 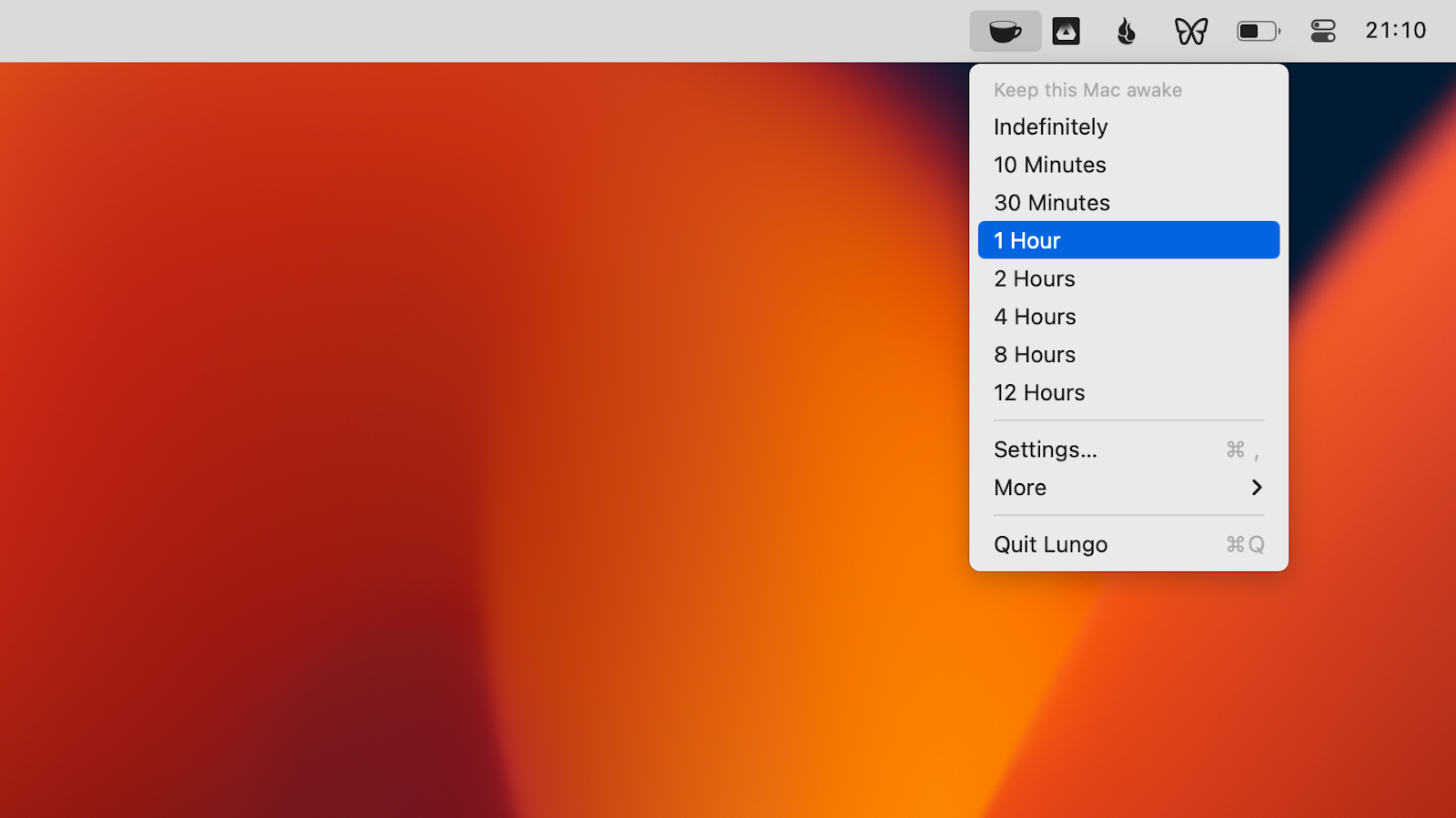 If you’d like similar functionality to Lungo but with more options, give One Switch a try.

One Switch also lives in your menu bar but replaces multiple settings at once. You can use it to hide Desktop icons, turn on Dark Mode, keep your Mac awake, enable the screen saver, connect Bluetooth devices, and much more — all without breaking your workflow. 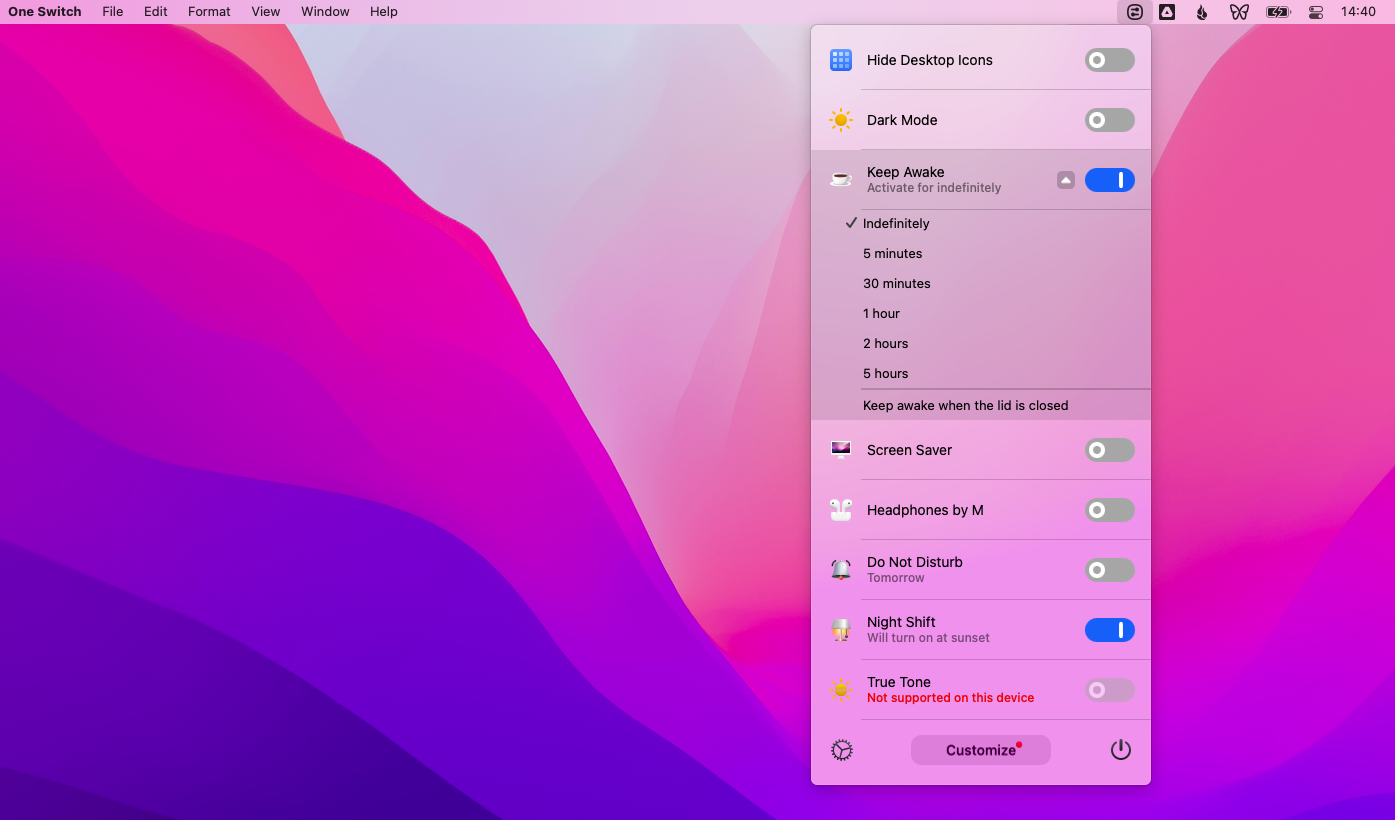 What if you find Universal Control not working since update to Ventura?

With the latest update to macOS Ventura, some users might experience certain issues, such as not seeing the extra display or having iOS messages Universal Control not showing.

To show the missing display, click the plus icon in the Display settings window and then select your device.

Also, make sure your Mac and iPad are compatible with Universal Control. You need a Mac that supports macOS Monterey 12.4 or later, and an iPad that works with iPadOS 15.4 or later.

Finally, sometimes the Sidecar functionality might interfere with Universal Control. So if you see Sidecar not working (or vice versa) or your device timed out Sidecar, simply turn it off completely when you want to use Universal Control.

Following the instructions above, you should have your Universal Control up and running in no time. The key is to have the right toolkit at hand, such as WiFi Explorer for checking your internet connection, ToothFairy for managing Bluetooth devices, Pareto Security for keeping your Mac safe, Lungo for letting your Mac stay awake, and One Switch for having the most frequently used functionality just a click away.

In fact, try them all for free! WiFi Explorer, ToothFairy, Pareto Security, Lungo, and One Switch are available to you absolutely free for seven days through the trial of Setapp, a platform with more than 240 top apps for Mac and iOS. Download as many apps as you want and keep your new favorites for later!