The issue of how to track flights used to be, even just a few years ago, quite problematic. Before the internet, live flight tracking was virtually unheard of: with no simple way to track a flight prior to arriving at the airport, it was a case of crossing your fingers and hoping that there were no unforeseen delays.

Things have changed a lot since then, with Apple’s Messages app offering a simple and effective way of tracking flight progress without the need to navigate a complex flight tracking map that shows numerous paths criss-crossing all over the country.

With the ability to track Frontier flight paths, as well as those of countless other airlines, baked into macOS and iOS, you don’t ever again need to show up hours early for a flight only to find out it’s delayed.

How To Use Your Built-In Mac Flight Tracker

The basics of how to track a flight using Messages on your Mac or accessing the built-in iPhone flight tracker are fairly straightforward and look very similar regardless of the device you’re using:

Depending on the operating system you’re using, you may need to click Preview Flight in the popup before you can check out the flightview tracker.

You’ll also find information that appears in a different order, or is abbreviated in some other way (e.g. Frontier, Frontier Airlines, and FFT to track Frontier flight info), might still work when you’re experimenting and testing out how to track flights for yourself. Airline Name Flight Number is still, however, the recommended format. 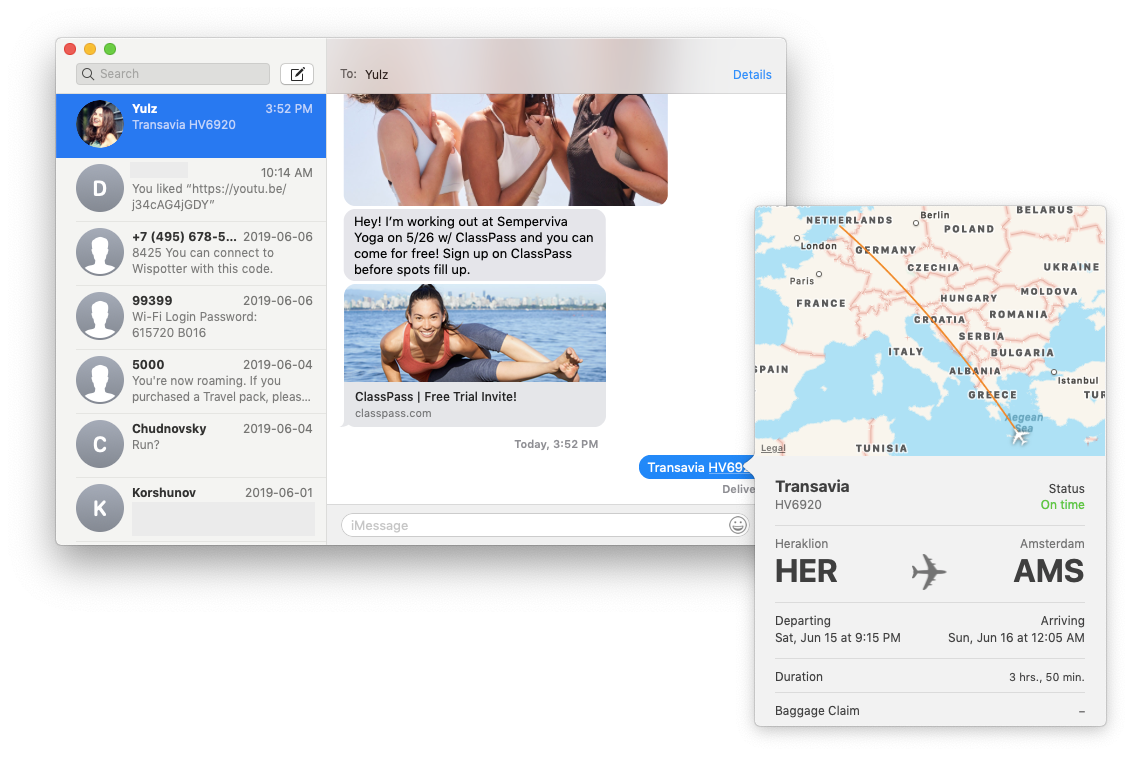 As of summer 2019, a dedicated Siri flight tracker still isn’t (to the amazement of many Mac users) available. If you try to use Siri to track flight info, it’ll return a web search instead of the details you can view by accessing the iPhone or Mac flight tracker through Messages.

Support for Siri flight status updates will probably appear at some point, especially given that a Siri flight tracker is something that Apple has already dabbled with in the form of its “Ask Wolfram what flights are overhead” prompt.

This doesn’t mean, however, that Messages is the only way to get live flight tracking on your Mac or iPhone. Entering your airline and flight number, or even vague details about the trip you’re taking (see below), into Google allows you to track your flight in real time.

Scroll down past that and you’ll get all of the usual results that you’d expect from any good search engine, such as details about the route and a list of timetables from the airline itself.

You’ll also find plenty of websites that allow you to track your flight, such as the FlightView tracker, on your iPhone or Mac. Flight tracking map data from countless different airlines is available on this site, along with extra information like local weather and gate details.

Optimize your preflight and postflight experience with apps

Although most iPhone users already have a bunch of apps installed to make life easier while they are travelling — Uber, Airbnb, Skyscanner, TripAdvisor — downloading apps for your Mac to complement the travel experience isn’t necessarily so common.

That’s a real shame, because there are some fantastic apps out there that can change the way you travel for the better. Let’s start with those “oops, did I wake you? I forgot what time it was over there!” calls. An app like World Clock Pro, which transforms your desktop into an elegant world clock screensaver, can put an end to those for good by highlighting the current time in all of the locations that matter to you. 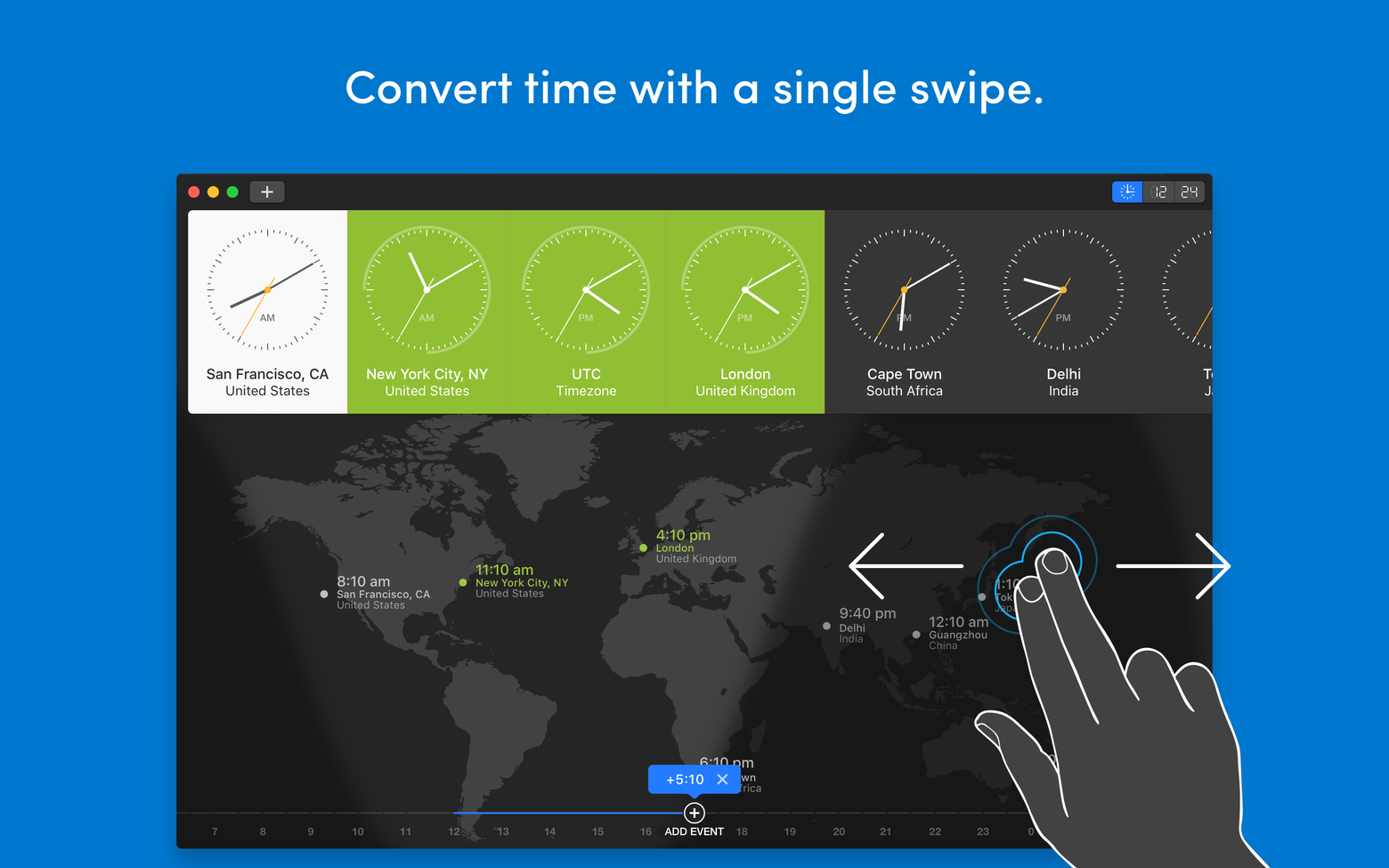 You can also swipe, or click and scroll, to see how the time varies at a certain hour of the day, as well as schedule meetings at times convenient for multiple time zones then share those times via email. Of course, the app is also useful for converting live flight tracking info that references different time zones!

Another common problem you might have encountered while travelling is running out of data when using your iPhone as a personal hotspot, usually at the worst possible moment — when you were just about to find flight number information, perhaps — or exceeding the amount of data you’ve been granted by a hotel or train service.

Using an app called TripMode is a great way to avoid this as it prevents apps from automatically updating, backing up, or syncing and devouring all of your data in the process.

You can use the app to allow only certain programs to access the internet, closing a virtual door on other ones that might be trying to get online in the background, as well as to track how much data you’ve used in a single session. 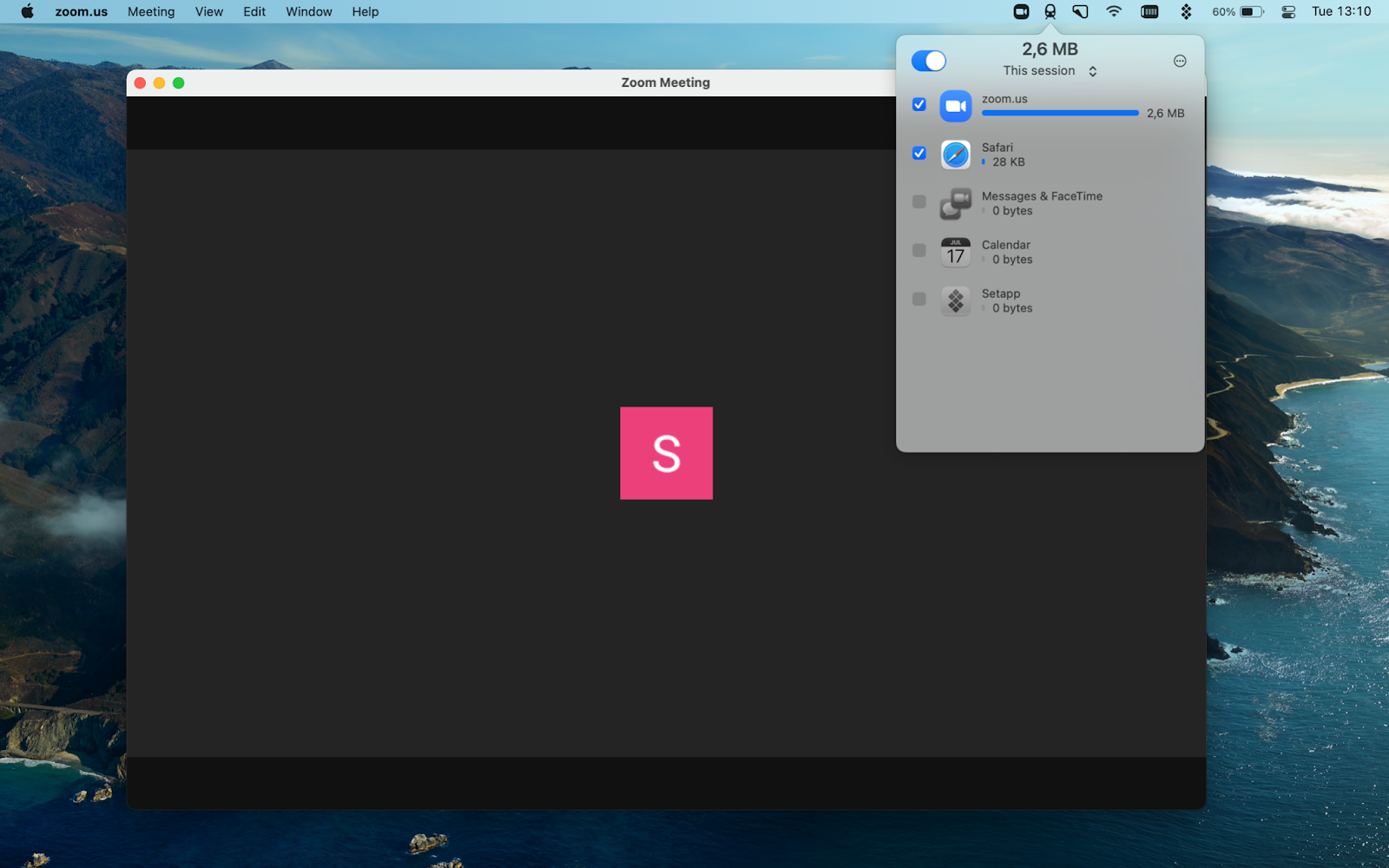 To allow all of your other apps back online, just flick the switch to off and everything will return to normal.

If you have a hard limit in mind, whether because of the data you have available on your iPhone or restrictions placed on you by a hotel, or hostel, or airline, then you can set TripMode to shut off internet access when the limit is reached. No more unexpected data charges because Photoshop decided that it just had to update to the latest version while you were on vacation in Bali!

Further, instead of firing up Google Translate every time you need to translate a piece of text, consider using an app like Mate Translate (which sits in your menu bar) to translate highlighted text on macOS by double clicking in Safari, or by copying and pasting it into the relevant window. 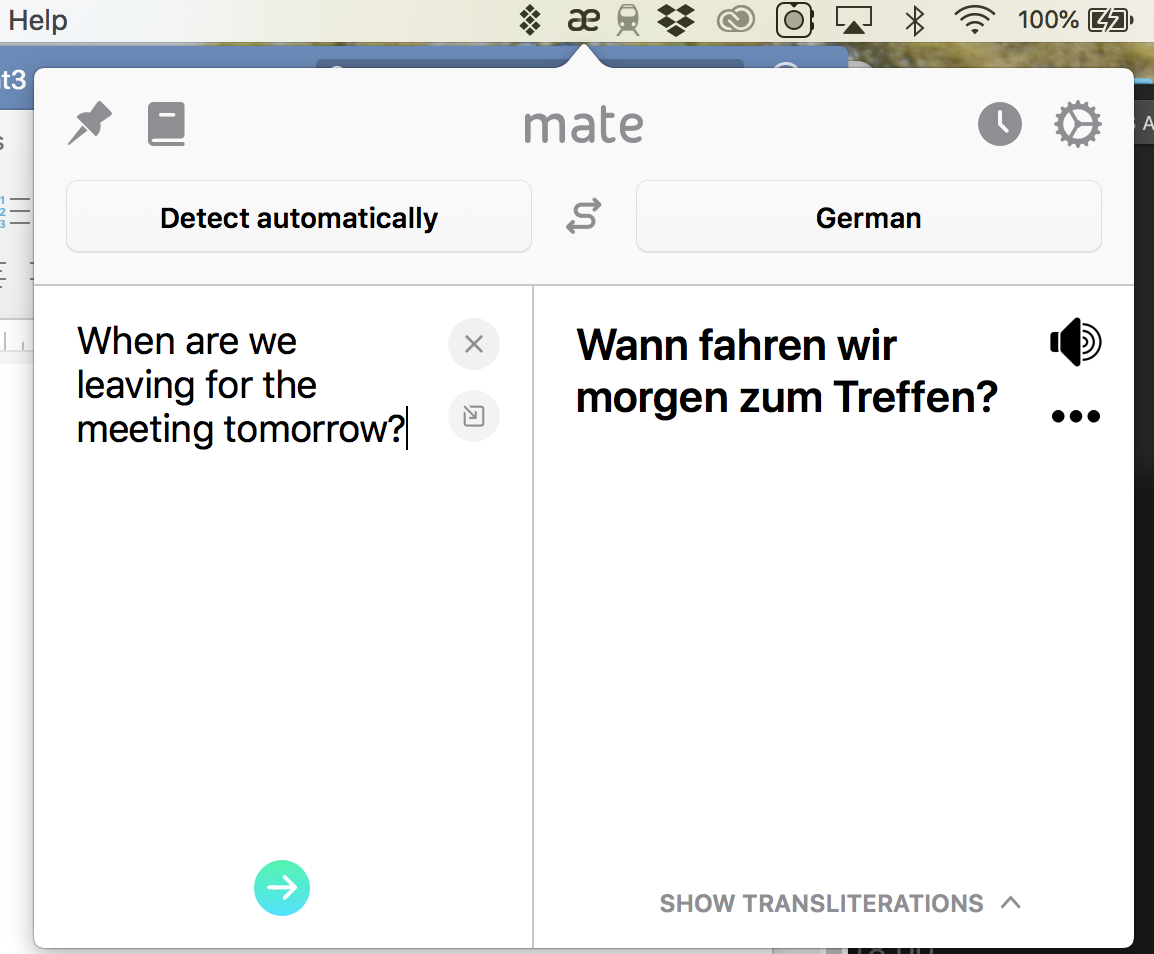 With support for 103 languages, offline history of all your translations, and text-to-speech translation, there’s no doubt that it’s a useful app to have at your fingertips wherever in the world you might be.

Things to be cautious of when tracking flight paths

Using something like an iPhone flight tracker is easy, and incredibly convenient, but it may not always be the perfect solution. For example, while it will show you when a flight is late, it may not reflect any very last minute gate adjustments.

In other words, if you forsake the airport’s official CRT screens and stay glued to your iPhone, you may be in for a frantic sprint through the airport. Data is typically updated in real time, or very close to that, but there’s still no guarantee that you’ll get every single piece of information you need via Apple’s Mac or iPhone flight path trackers.

If you’re looking to track flight paths more than 24 hours in the future, you may also be out of luck. Mac flight tracking was designed with only the next day or so in mind, while some other websites try to predict information for flights in the future based on previous trends and paths.

With all of that said, being able to track your flight using your Mac or iPhone is something that travellers in years gone by could have only dreamed of. As long as you can find flight number information for your trip, there’s a very good chance you’ll be able to count down the minutes until you’re airborne using an iPhone or Mac flight tracker.

With the exception of Messages, which is already baked into iOS and macOS, all of the apps mentioned here are available with a Setapp subscription. You can take them all for a spin completely free with a 7-day trial of this unique app platform, which grants you immediate access to more than 150 helpful apps for your Mac.