Even though the number of English-speakers worldwide is rapidly growing, there are literally thousands of other thriving languages out there, which we are reminded of every time we step off the airplane.

Traveling is amazing, and being able to communicate — even a little bit — with other people in their native language allows us to take our experience so much deeper. Besides, it’s often a very polite thing to do, and you’ll definitely get extra points even for trying.

But where do you start? Not that many people have enough free time to devote to going to language school. Today, it’s more likely that you’ll go through a quick language lesson on an app while commuting or waiting for something.

At the end, regardless of your language skills, you’ll still benefit from having a translator app on your phone or Mac. It’s great to be able to look up a few unknown words or even translate whole phrases when you feel stuck. So let’s explore the best translator apps available today so you can go on your next trip with confidence.

Do a quick Google search and you’ll find that there are hundreds of free translation online offers and translation app free ads available online. But how do you separate the wheat from the chaff?

When it comes to travelling, our long-time pick has been Mate Translate.

Mate Translate is the most natural way to speak a foreign language abroad. You can instantly translate words, phrases, and sentences in over 100 languages — all from the comfort of your menu bar. The app can even pronounce the text back to you, so that you know how to say words written in non-latin scripts, for example.

In addition, Mate Translate is available natively on Safari — just double-click on a word for it to work. It also offers full webpage translation for you to figure out directions or tourist suggestions. 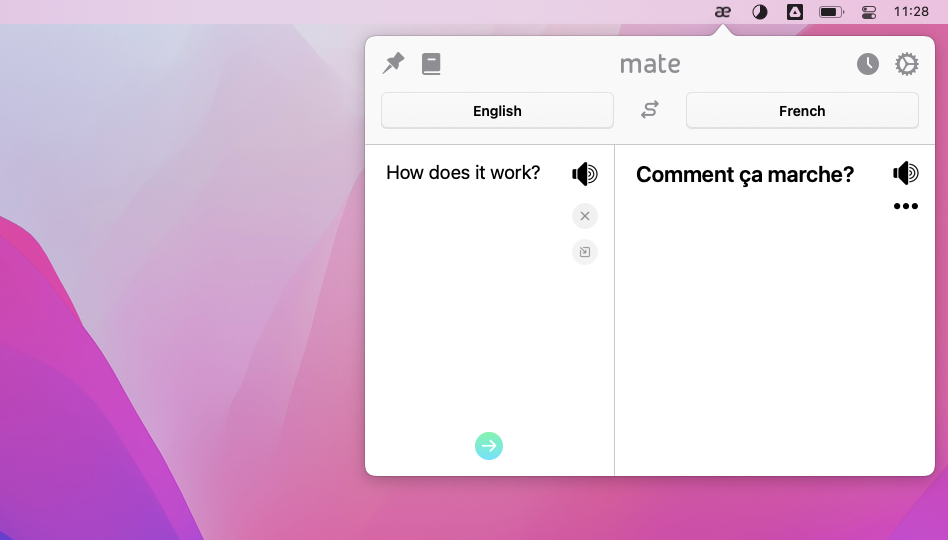 Translation is not the only worry, however, when you travel. If you find yourself relying on your phone for data tethering to your Mac, your desktop apps and processes can consume an unbelievable amount of resources in minutes, which can be quite expensive.

TripMode is a tiny but mighty utility that lives in your menu bar and blocks any unwanted attempts to connect to the internet from any of your Mac’s apps or processes. For example, while looking up a place to go, you can let the traffic from Safari through, but block the Google Driver syncing in the meantime. Not only will you save on roaming fees and enjoy faster connections, you’ll also increase your Mac’s network security by making sure that no one you don’t know gets access. 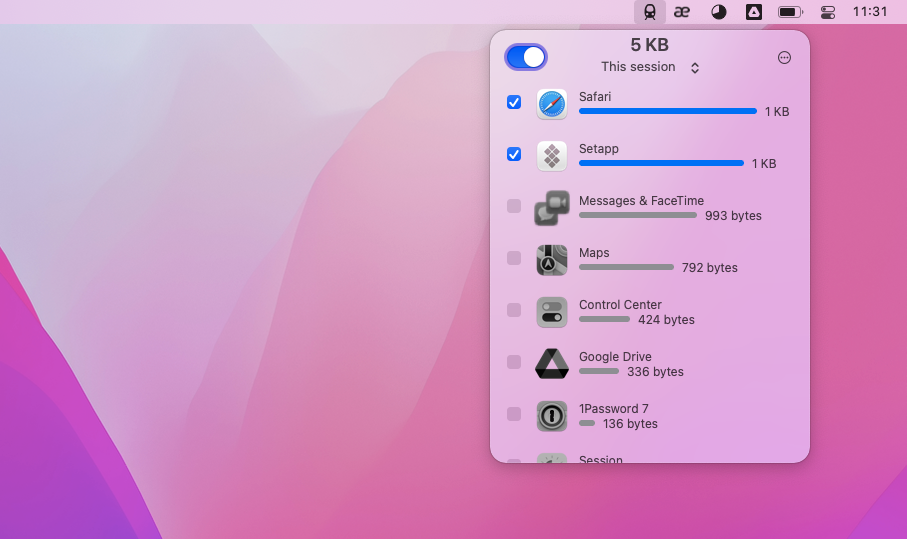 Finally, one of the most frustrating things when travelling around is the inability to access certain websites either at your destination or back home. Facebook, for example, is blocked in certain countries. Alternatively, the content in your Netflix account also differs depending on where you are. To avoid such unpleasant surprises, you need a robust VPN solution like ClearVPN.

ClearVPN is one of the most intuitive VPN services out there. Unlike more technical apps that burden you with settings and network configurations, ClearVPN works seamlessly with just a single toggle. If you want something more specific, there are dozens of presets available, from loading up Netflix to gaming to ad blockers. With this app, you can really access any content wherever you are.

Now that you have the best translation app (Mate Translate), the most efficient network scanner (TripMode), and the effortless VPN (ClearVPN), let’s look at some other translator apps you can consider for your next work or travel trip.

Try more than 220 carefully selected Mac and iOS apps free for one week with Setapp and subscribe to the whole collection.

Ask around and you’ll find that the most well-known translation app around is Google Translate — and for good reason.

Google Translate (created by Google) can do a lot and has been rapidly improving ever since its first release back in 2006. The app currently supports over 100 languages, around 60 of which can be translated offline. To do so, just download the language in your Google Translate mobile app settings.

With the mobile app, you can also translate signs and menus from the real world just by using your camera. Even better, Google Translate is completely free to use and constantly improves the quality of its translations with the help of the community and machine learning algorithms. 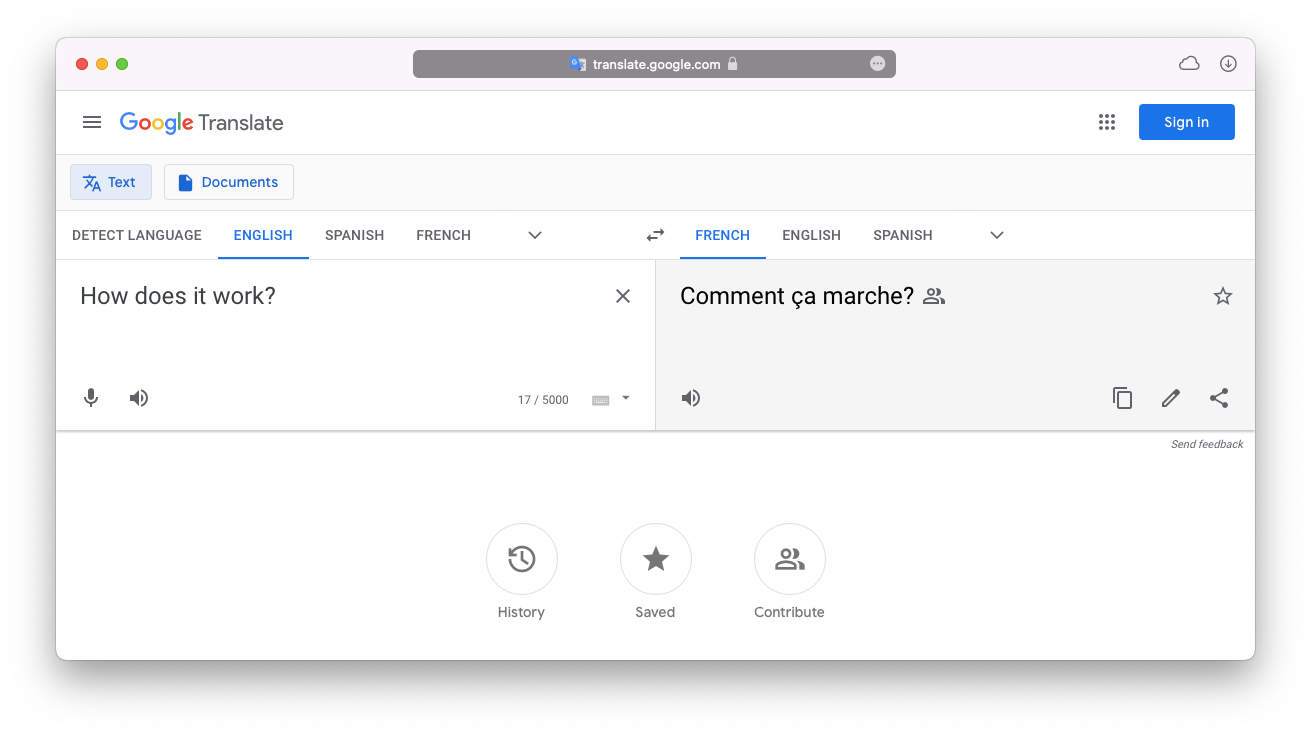 A suite of translate apps: iTranslate

When you step beyond Google Translate into the world of translation apps, you immediately find iTranslate — a suite of apps covering various translation issues, from word translations to conversations to memory cards to writing assistance. There are apps not only for iOS but also for web and macOS as well.

iTranslate is very well received, with more than 300,000 positive ratings on various app stores. It supports more than 100 languages and is even available on Apple Watch. Even though iTranslate isn’t free, the cost is reasonable and what you get in return is definitely worth it. 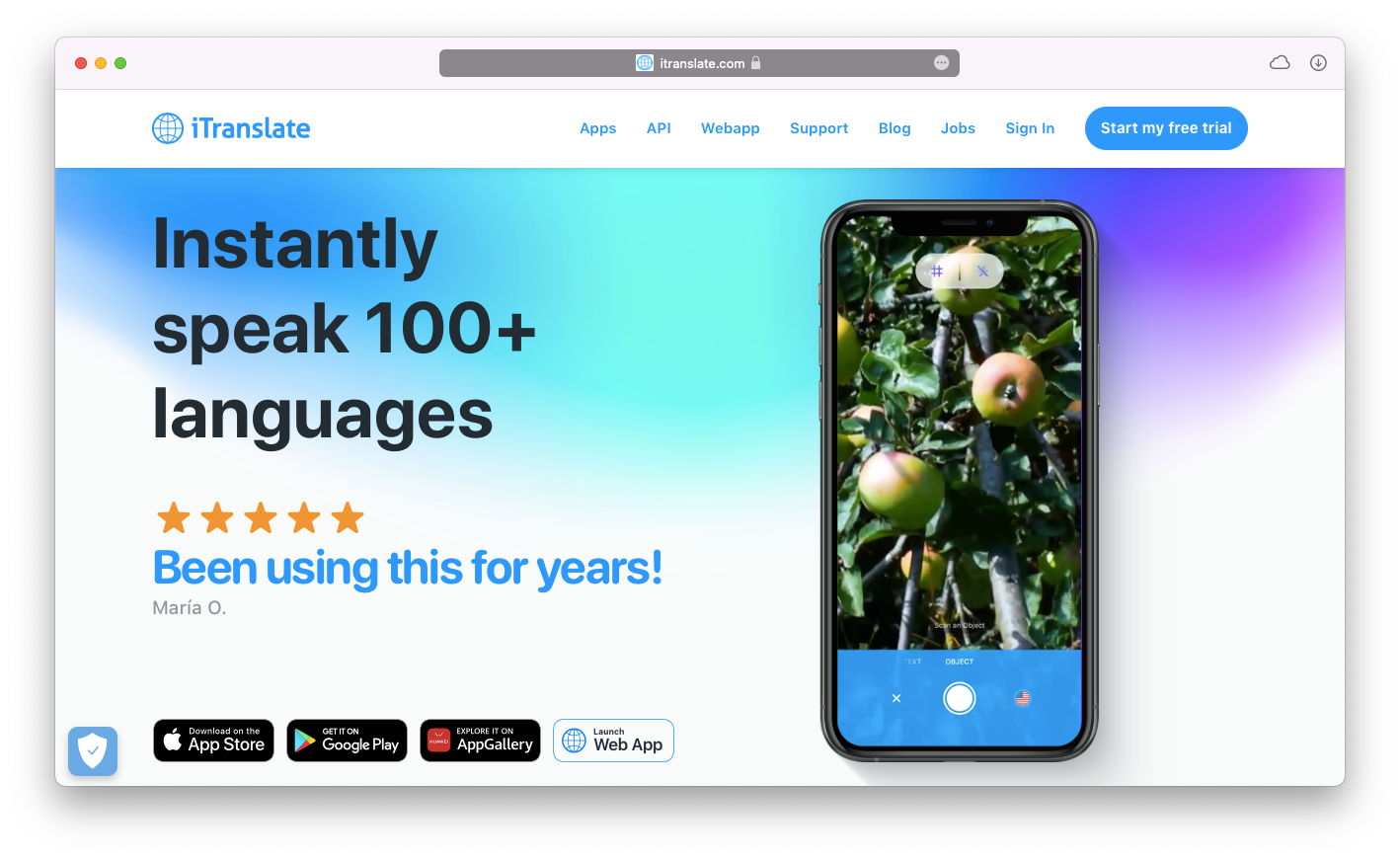 Have you ever dreamed of effortless and fluent conversations in multiple languages? Well, with SayHi, this dream is now a reality. This Amazon-owned app lets you record your voice and then translate it in over 90 languages via voice or text. You can also just type in your translation if the environment around you is too loud.

Overall, SayHi is a powerful app — the only downside is that it needs a pretty good internet connection to work and is unavailable offline. 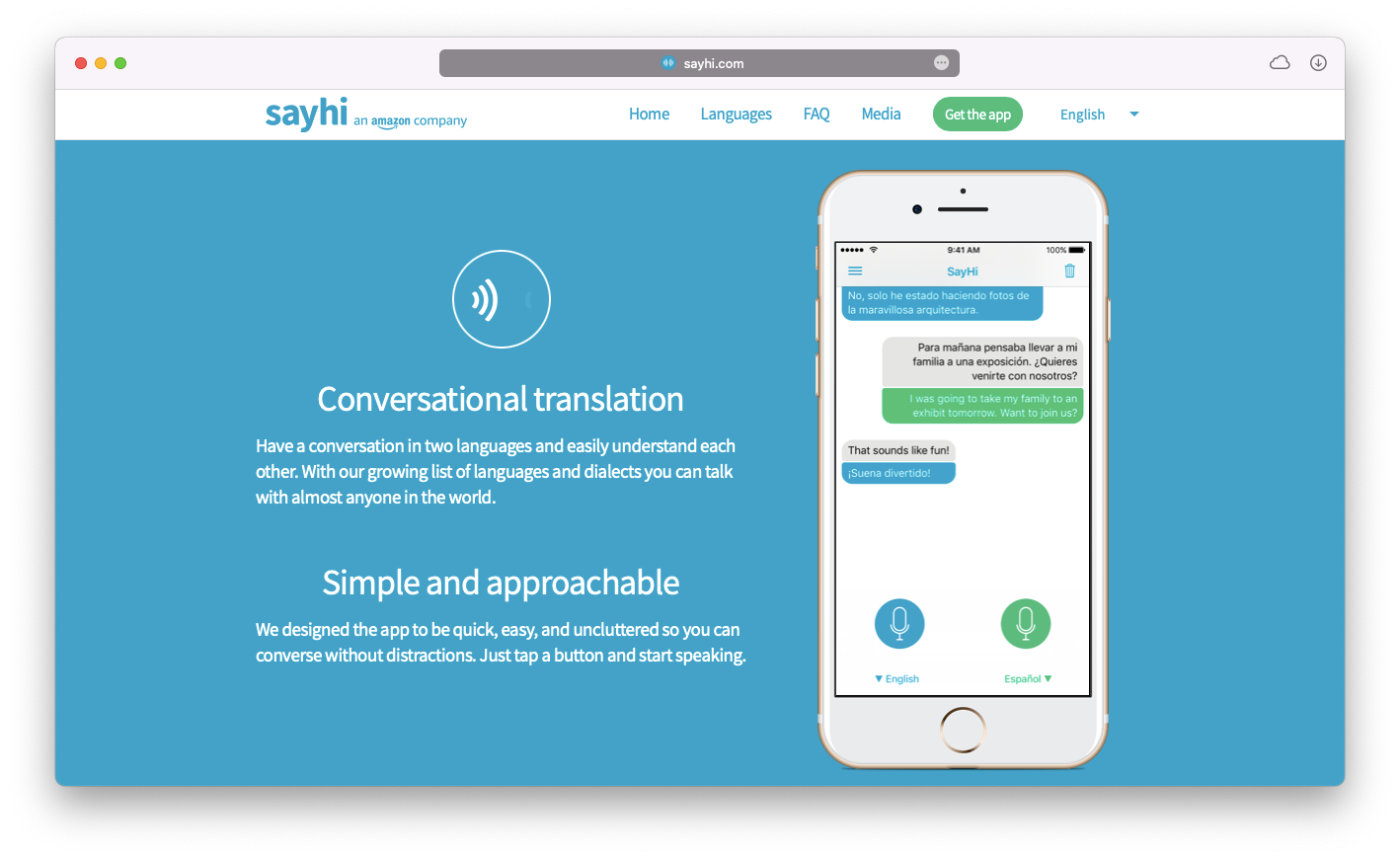 Perhaps the most direct competitor to Google Translate, Microsoft Translate does it all — text, camera, and voice translations in over 60 languages.

Even though Microsoft Translator supports fewer languages, it has other interesting features, such as being able to translate in multiple languages simultaneously, which is super useful at conferences. The app seems to be predominantly targeted at business travelers. 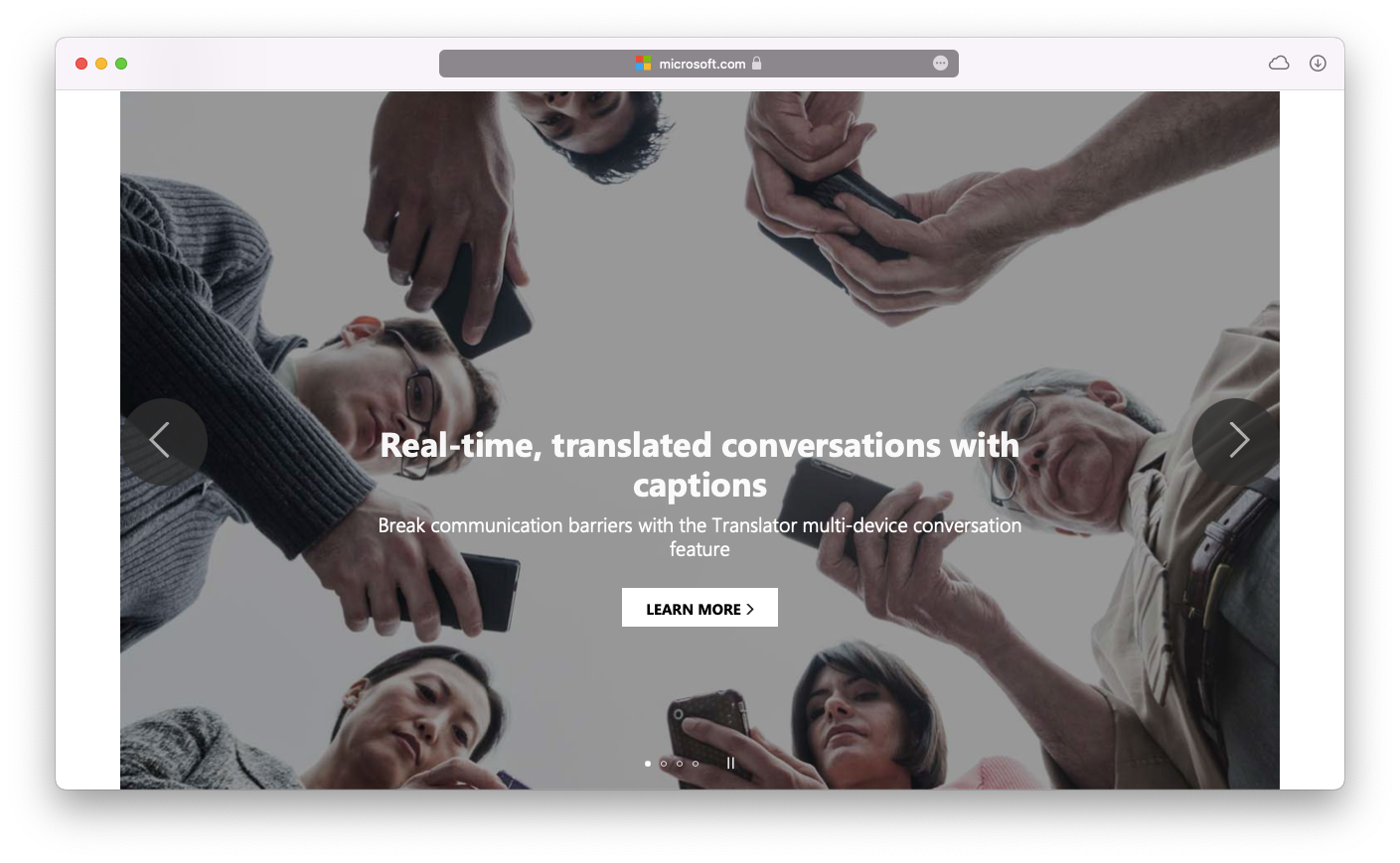 Once you travel for a while, you’ll find out that some languages are much more difficult for English-speakers than others. In particular, Chinese, Japanese, and Korean are ruthless when it comes to making even the smallest mistakes — words can take completely different meanings!

Waygo comes to the rescue. Even when you have no internet connection, Waygo can precisely translate whatever you point at with your phone camera (e.g. signs or menus). You get 10 translations every day for free, but can upgrade to an unlimited version for just $6.99 per language (or $11.99 for all three). 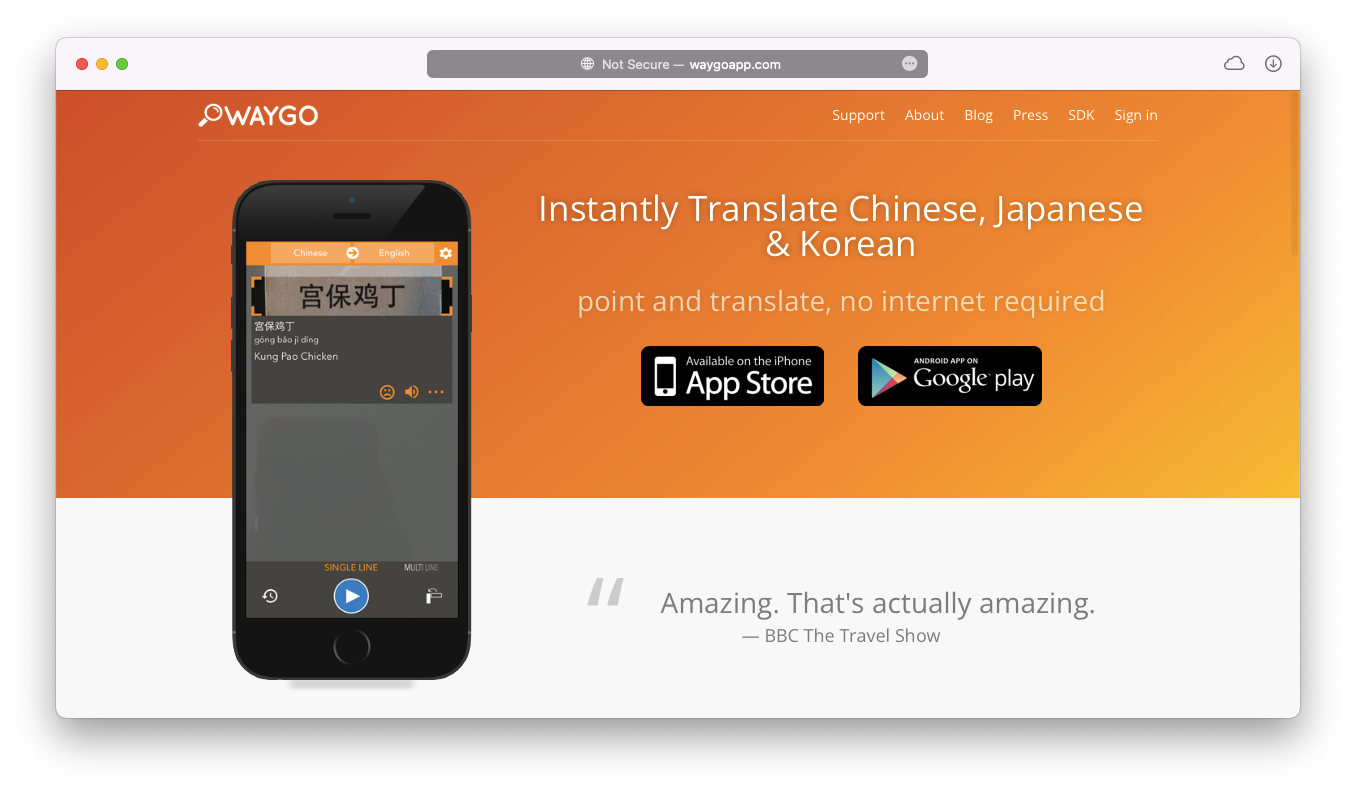 Just like most of the other best translator apps, TripLingo does text, image, and voice translations in more than 40 languages. Unlike other apps, TripLingo translates slang and casual speech really well.

The app also makes business travelers happy by providing convenient translations of receipts and the ability to save them as PDFs. You can download translation packs offline and even make calls from abroad.

In addition, TripLingo actually features a whole section on tips, cultural norms, and safety, so you can easily integrate in a new environment. TripLingo is not cheap, but it’s worth taking a look at if you do actually travel a lot.

As you can see, there’s nothing that stands between you and world exploration when any language barrier can be negated with some of the best translation apps, such as Mate Translate. For extra points, make sure to keep an eye on your internet consumption abroad with TripMode and change your internet location effortlessly with ClearVPN.

Best of all, Mate Translate, TripMode, and ClearVPN are available to you at no cost for seven days through the trial of Setapp, a platform with over 220 top-notch Mac and iOS apps for any scenario, whether you’re travelling, working in teams, trying to improve your own productivity, or organizing any other parts of your life. Try every Setapp app today for free and see how your life can change as a result.