In the modern age where streaming is taking over traditional television, the debate on Hulu vs Netflix – or is it Netflix vs Hulu? – is always viable. It's not an easy argument for either side, but there are some clear and distinct reasons you'll want to use one over the other.

It's also worth debating because you deserve to know where your money is best spent. 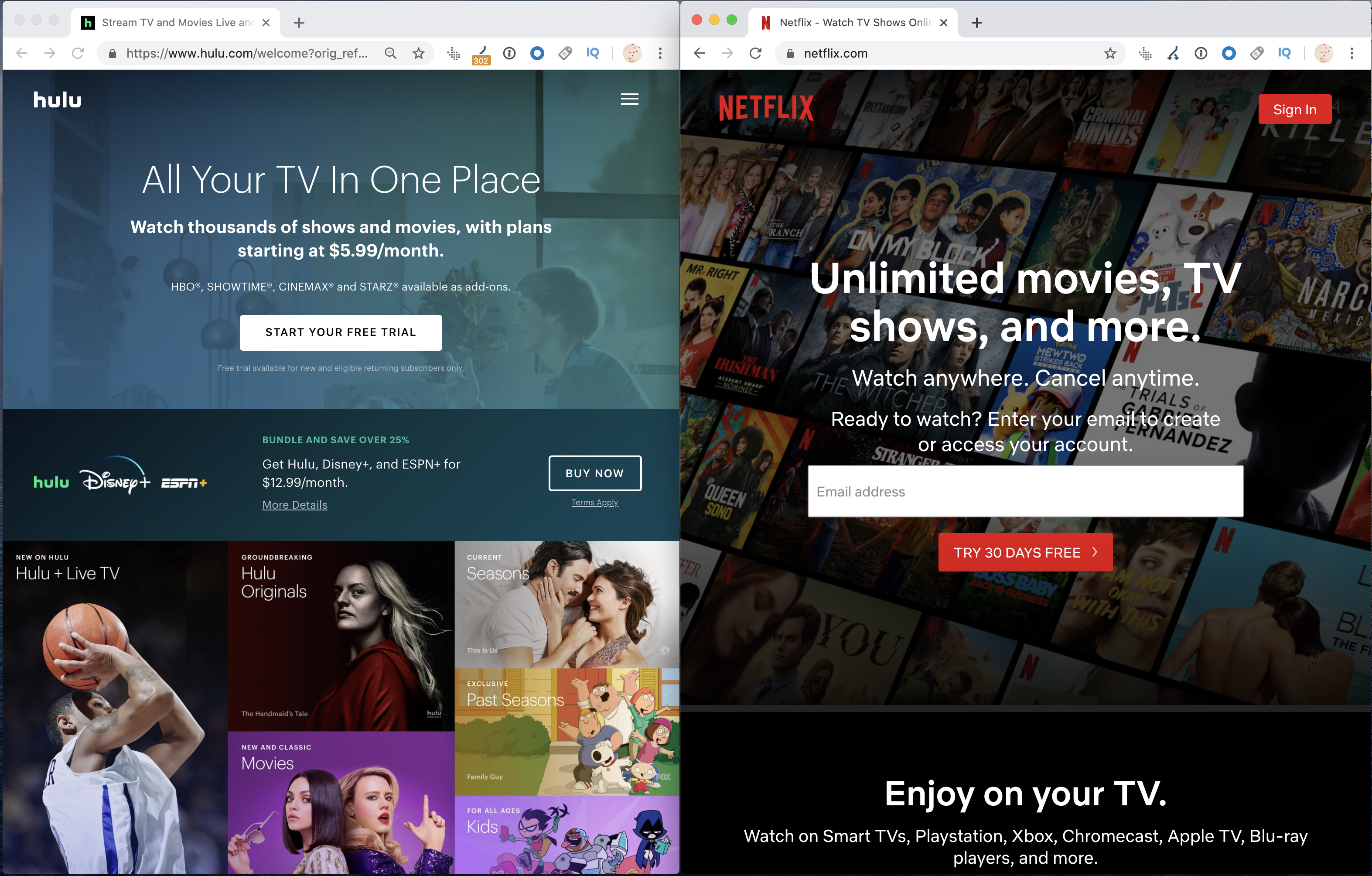 Netflix has a much larger audience, but Hulu is gaining ground. Early last year, reports surfaced Hulu gained over twice as many subscribers as Netflix, a sign the long-suffering bridesmaid might soon be getting its chance to take center stage. Hulu is also owned by Disney, now, and has a very intriguing bundle option.

But which is better: Hulu, or Netflix? Let's dive in!

There are some very direct ways to compare the two streaming services, and quite a few areas where they simply can't compete with one another. The choice won't be easy.

Is it worth it to have Netflix and Hulu?

Hulu beats Netflix on price. It's basic service is $6 per month, while Netflix can be had for $9 per month. 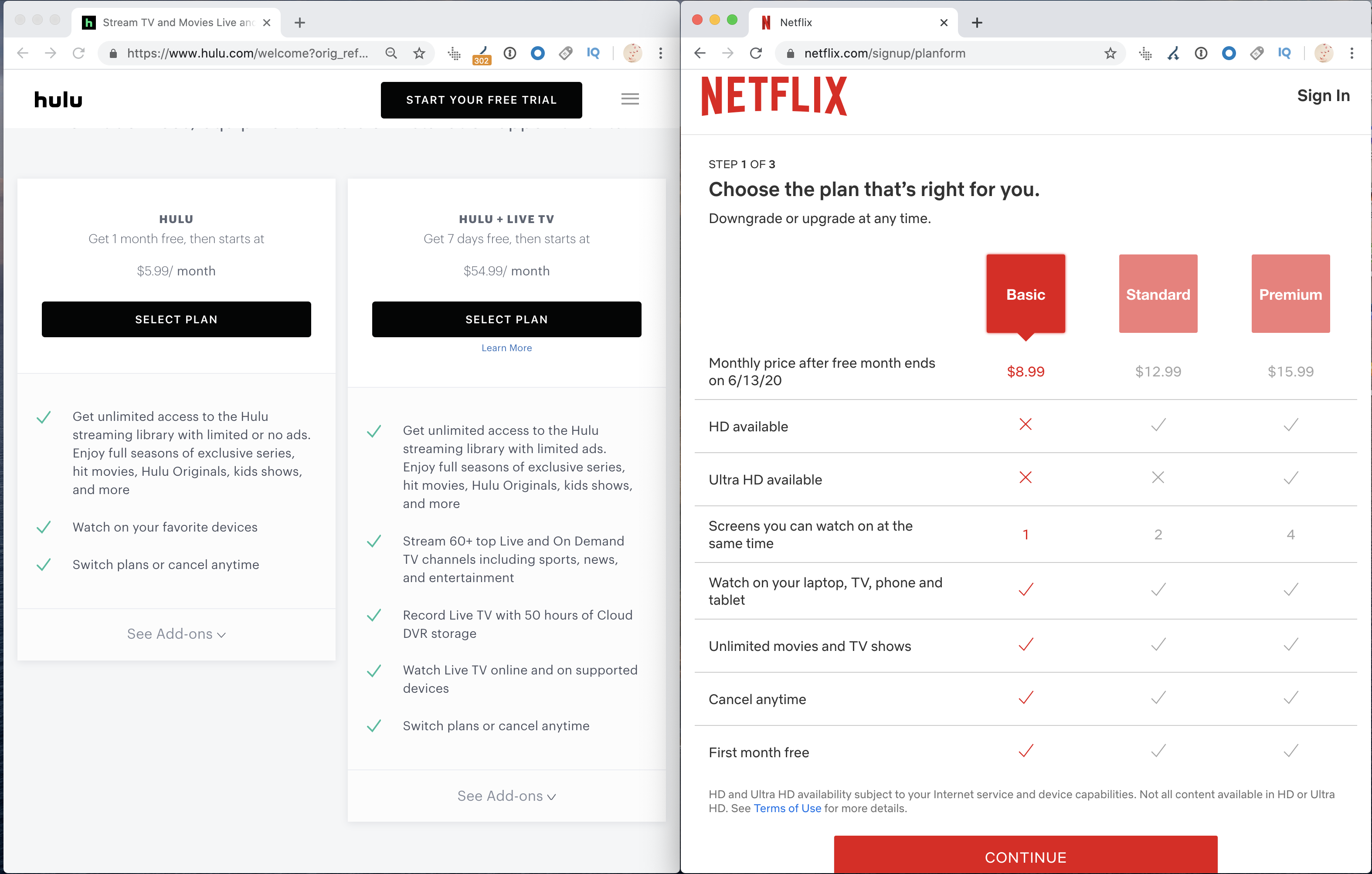 That said, if you were to go basic for both services, it's only $15 per month. Not bad if you can afford it!

You can also download shows and movies on each service, which match how many screens you can view on: with the basic package, you can download to one device, standard two devices, and premium four devices.

Hulu's upgraded pricing is $9 per month, and eliminates commercials while retaining its high-definition streaming quality. A third upgrade, Hulu + Live TV, skyrockets the price to $40 or more per month. This is great for those who don't already have TV service but want to subscribe without going through a cable company.

All told, Hulu is the better option if you're on a budget, but that's not the whole story.

Control your payments with MoneyWiz

Avoid overpaying for subscriptions. Get one easy app that will help you track expenses and make smarter payment decisions.

What does Hulu offer that Netflix doesn't?

Is Hulu better than Netflix? In one very distinct way, yes.

Hulu has a deep catalog of TV shows from a wide variety of networks. It's where many networks choose to house their back catalogs, including ABC, Food Network, Cartoon Network, and Fox.

It also has a lot of original shows, which is how all streaming services are differentiating themselves. So its shows are unique to its platform; if there's one that catches your eye, know it won't be headed to Netflix at any point. 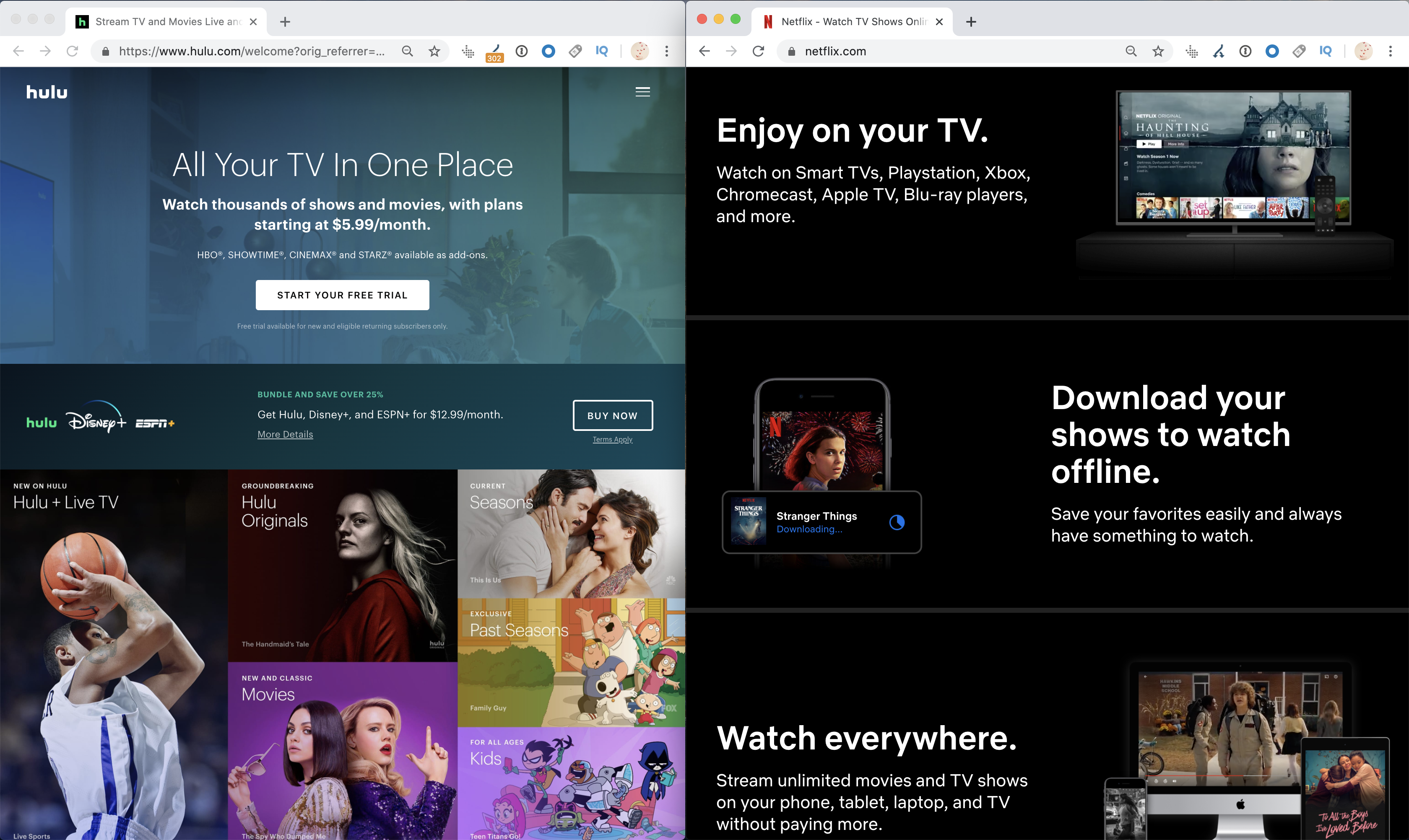 So, which service is better? Netflix or Hulu?

It’s really for you to decide, but we can help you improve your experience with both. Here are three apps to add to your streaming toolkit.

Do keep one thing in mind when streaming: your WiFi quality. Throughout your home, there will be dead spots and areas where your signal just isn't as strong. That's why we really like NetSpot, a Mac app that analyzes your home WiFi to tell you exactly where your signal is strongest. 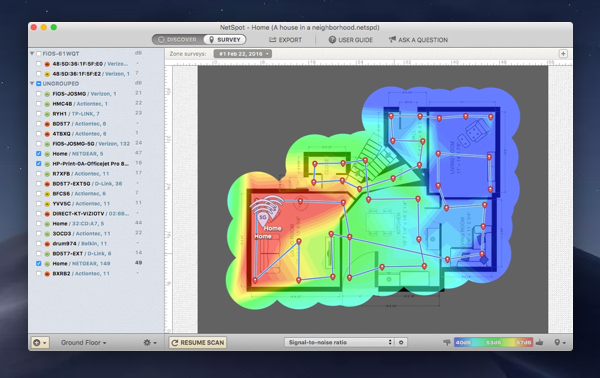 NetSpot also shows you a heatmap of your home, so you know the best spots to stream, which can even help you decide where to put your TV for the best living room streaming experience.

If you want to save a Netflix or Hulu video on Mac, there’s no way to do it, but you can try Capto as a workaround. It is a really simple and effective screen recorder for Mac. It offers high quality screen recording so you never lose picture quality when recording content. 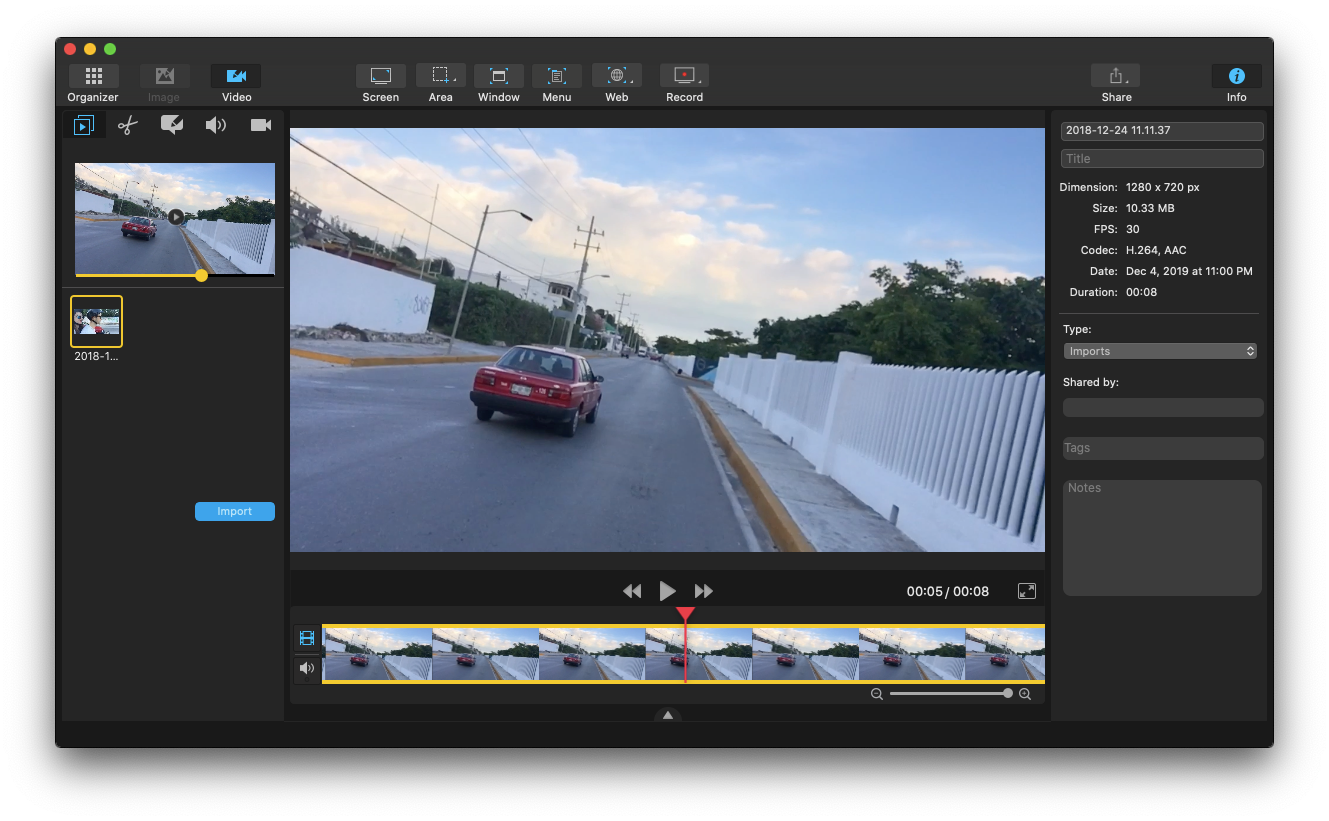 Finally, to watch your favorite shows on a big screen, use Elmedia Player. It’s the best media player for Mac that works with DLNA, AirPlay, and Chromecast. Apart from streaming features, it offers picture-in-picture, advanced playback control, subtitles support, and more. 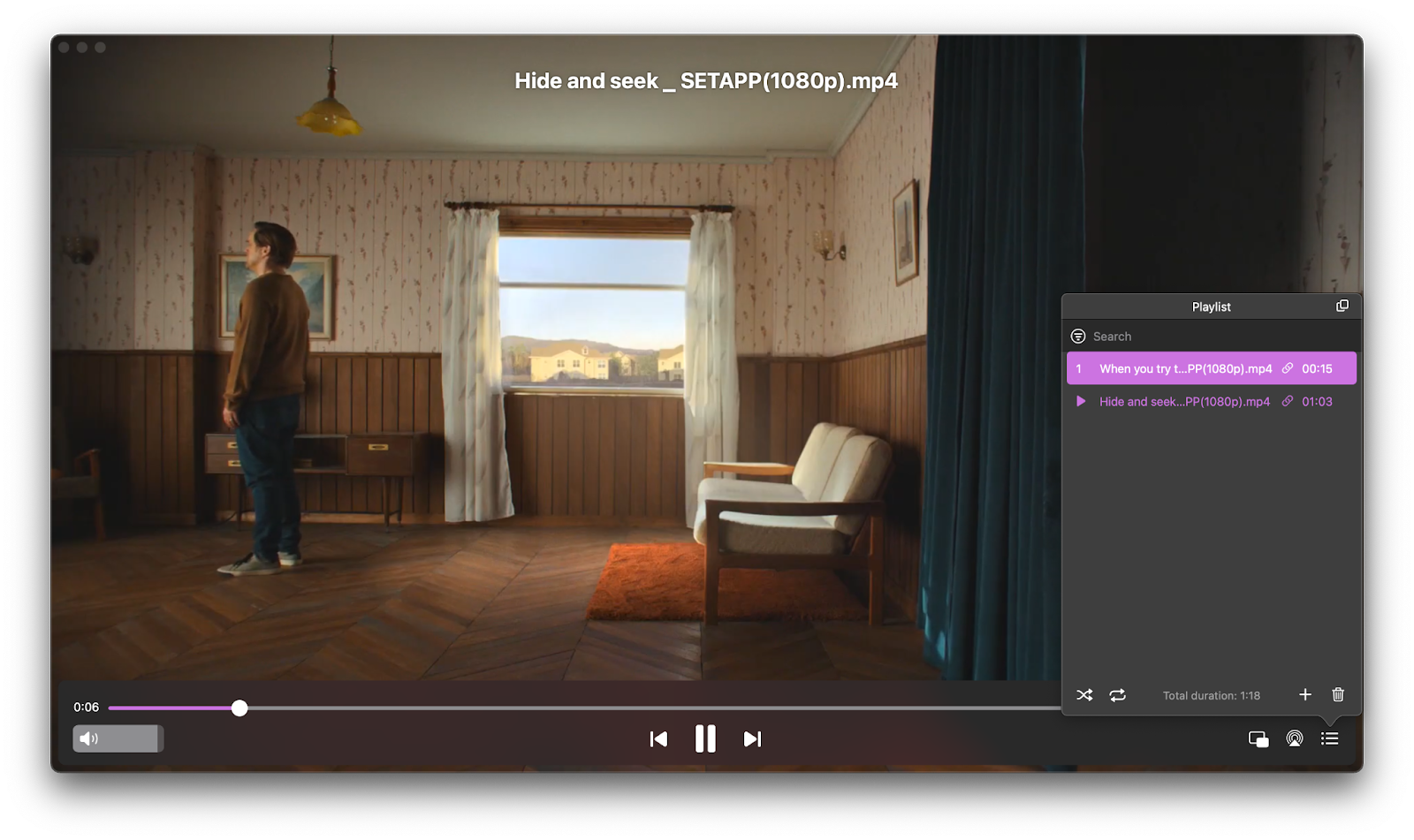 If we have to go with one – Hulu or Netflix – it just might be Hulu. Netflix makes massive investments in original content, but there is a lot of noise to wade through before you get signals that delight you. It also has a habit of discontinuing shows before they've reached a conclusion if they're not popular.

Hulu has a huge catalog, and its originals seem limited to the best content it wants to produce. Its catalog of TV shows is unbeatable, too.

Keep in mind Hulu is also available in the Disney+ bundle, which gets you access to ESPN and the Disney+ streaming service. That's $12.99 per month.

While we prefer Hulu, we don't like the experience 100%. The apps mentioned in this article for recording and streaming content — and finding your best WiFi signal – are all free for seven days as part of a subscription to Setapp. After the free trial, Setapp is only $9.99 per month, and provides unlimited access to dozens of other great Mac apps.