Are you looking to unleash your inner singer? Apple Music Sing can help you make this happen with ease.

Update to iOS 16.2. Prior to this, back up your iPhone with AnyTrans to keep your data safe.

What is Apple Music Sing?

Apple Music Sing is a new Apple Music feature available with iOS 16.2 to all Apple Music subscribers worldwide (only those who own compatible Apple devices). Find more compatibility info later in this article.

If you haven’t tried Apple Music Sing yet, here’s what you get:

Apple hasn’t specified what songs will have the feature except to say “tens of millions of tracks.”

For now, you can play a song and tap the lyrics button to check (additional details on this below). Or you can also go to the Browse section in Apple Music and locate the Apple Music Sing section.

How to turn on singing on Apple Music

Are you eager to start singing? Here’s how you sing along with Apple Music on iPhone and iPad: 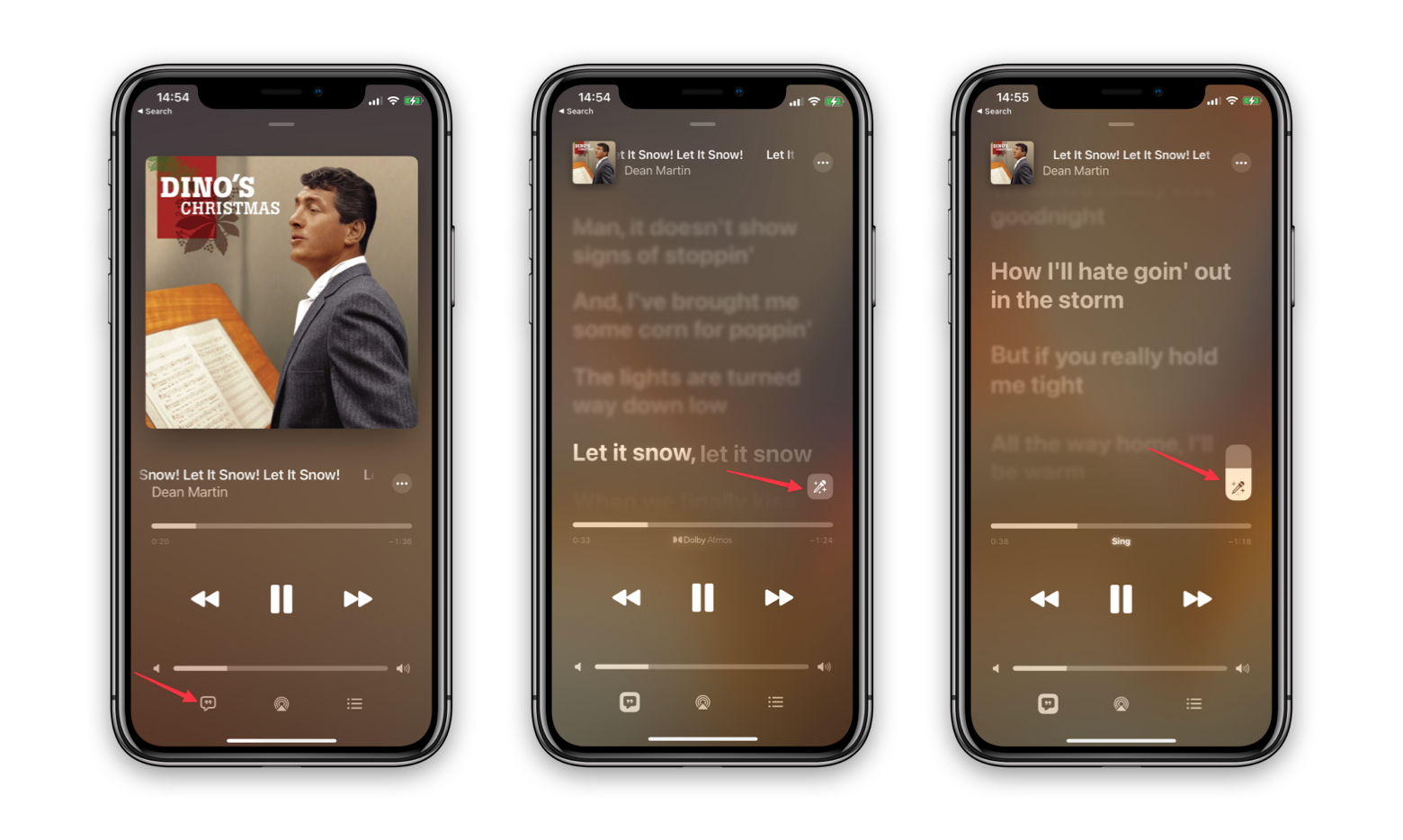 How to use Apple Music Sing on Apple TV 4K

If you want to use Apple Music Sing on Apple TV, the process is pretty much the same as described above, but you’ll use the Apple Remote to choose and change the volume.

How to fix Apple Music Sing not working

Since it’s a new feature, many users have reported some issues with it. Read further to find out how to get Apple Music Sing to work on your iPhone, iPad, and Apple TV.

Make sure your device is compatible with Apple Music Sing

If you want to fix Apple Music Sing on your iPhone or other Apple device, the first thing you need to do is make sure it’s compatible with your device. Check out the list below to see if your device is on it.

Check if your device is up to date

Even if you own a device that is compatible with Apple Music Sing, you might not see the karaoke feature. Wonder why? Make sure you’re running the latest version of the following OS:

Tip: Your iPhone contains so much valuable information, from contacts to videos and photos, that it’s always a good practice to have a backup of your data in case you lose or damage your device. Fortunately, there’s a tool called AnyTrans that can help you get a complete backup of your iOS device. 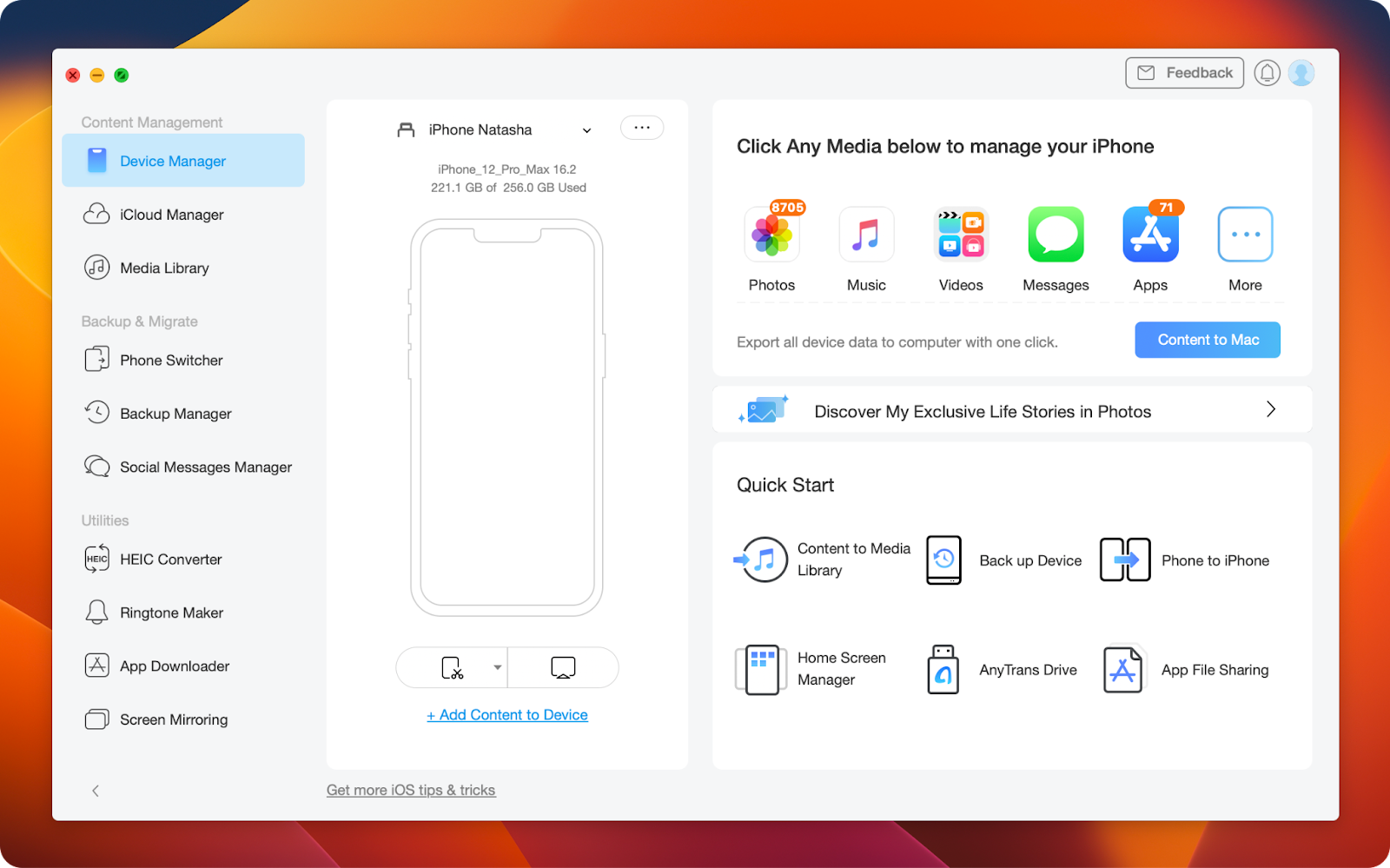 Here’s how to back up your iPhone with AnyTrans:

Check if the song is on the Apple Music Sing playlist

Not all songs have the Apple Music Sing feature. So it’s possible that your favorite song isn’t on the list. Refer to the “How to turn on singing on Apple Music” section in this article to find out how to check if the song has a singing feature.

If you have Low Power Mode turned on, it’s possible that the Apple Music Sing feature won’t work on your device. Here’s how to disable it:

Since this feature is still relatively new, there may be a few bugs that are causing some issues. To resolve this, try uninstalling and reinstalling the app. Then see if you can access the singing feature now.

Now that you know how to use Apple Music Sing, it’s time to start exploring and having fun. So what are you waiting for? Get singing now! If you can’t get it to work immediately, don’t worry. First, check if you own a compatible device and are running iOS 16.2, iPadOS 16.2, or tvOS 16.2.

Before you install the update, be sure to back up your device with AnyTrans to keep your data safe! The app is available via Setapp, which is an amazing subscription service that gives you access to more than 240 apps, making it a great way to get the tools you need for any task. All apps are free for 7 days with no limitations. If you enjoy Setapp, you pay $9.99 monthly. Sounds good? Try it now!