When you’re about to get a new Mac, you might see that even within a specific model (say, MacBook Air), there are at least two or three options to choose from, and then the possibility to upgrade your Mac even further during checkout. While most of those features and add-ons make intuitive sense — more RAM, more storage, faster SSDs vs. HDDs — processors often confuse many.

What’s the difference between i5 and i7? Should you choose dual core vs quad core? What is a good processor speed in terms of GHz? All these and other questions are answered in the article below.

Strengthen your Mac with Setapp

Get a suite of quick fixes for all Mac problems. With Setapp, you can clean up storage, run backups, and boost system performance in no time.

What Are The Different MacBook Pro Processors?

As mentioned above, processors vary not only between Mac models but also within the same model too. Moreover, with new technological breakthroughs happening every year, a MacBook Air processor from 2021 is a completely different beast to the one made in 2016.

Here’s a brief overview of all the variable parts that comprise a processor:

To give you a real-life example, currently you can buy a 16-inch MacBook Pro with 2.4 GHz 8‑core 9th‑generation Intel Core i9 processor and Turbo Boost up to 5.0 GHz. Let’s dive in each of those aspects in more detail and see how they compare to your current MacBook setup. 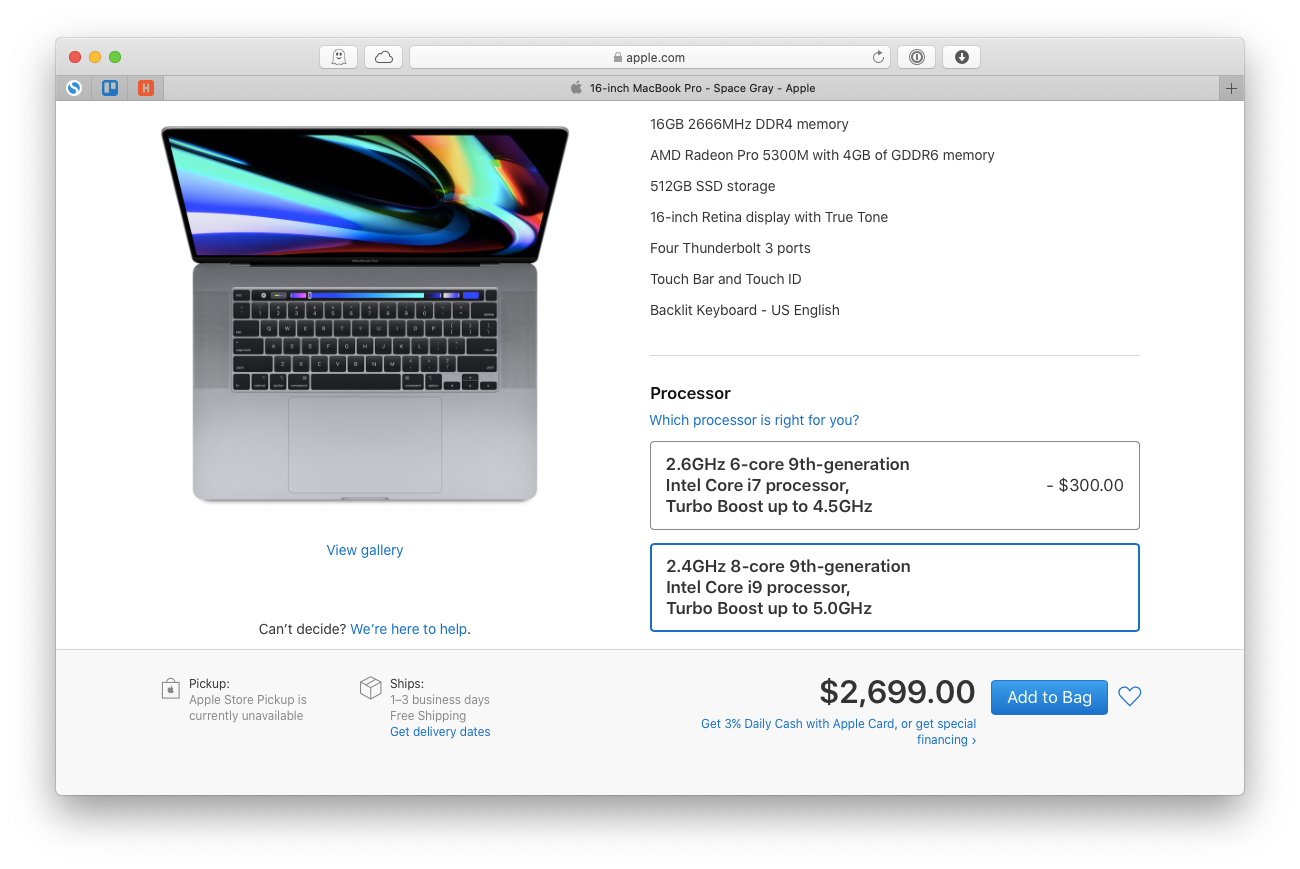 Which processor is in your Mac right now?

Depending on how old your Mac is, its processor could have a completely different performance compared to what’s available in the Apple Store today. You might be even wondering, “What processor do I have?”

Here’s how to find out your Mac’s processor specs: 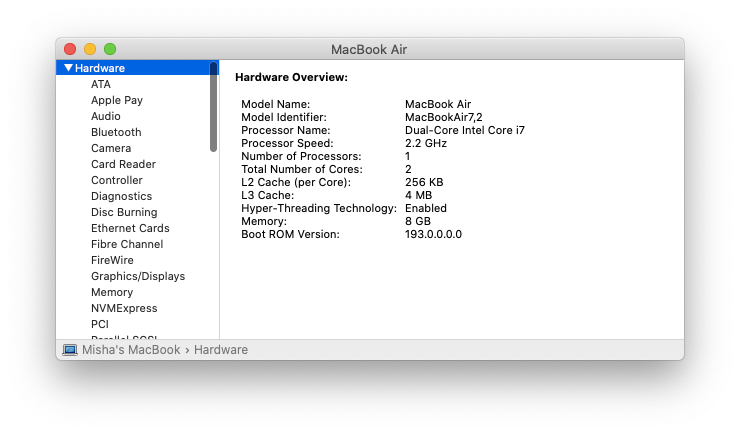 Now you can see that your MacBook could be running on a dual-core 2.7 GHz Intel Core i5, for example. You might also notice that the generation of your processor is not specified. There’s a special trick you need to know to find it: 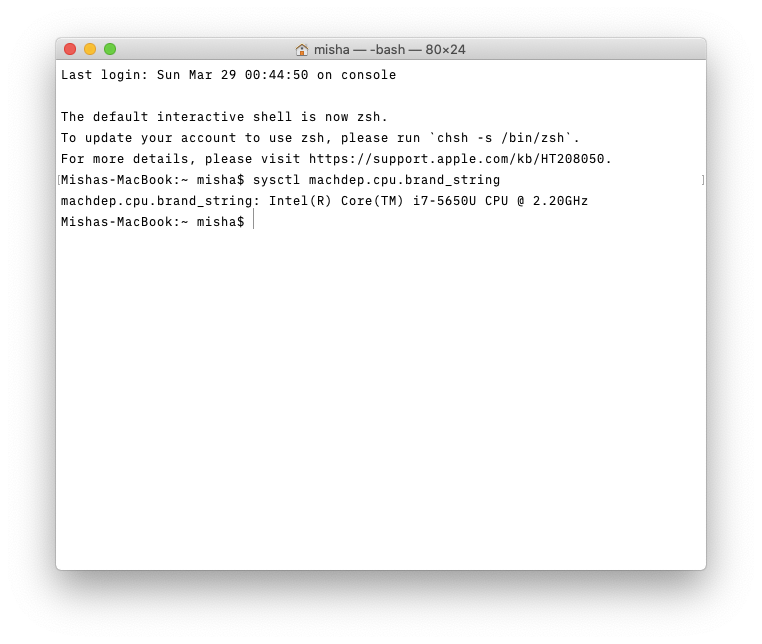 After you’ve finally found out the exact specs of your Mac’s CPU, let’s break it down into specific details to be able to conduct a proper processor speed comparison.

In general, hertz (Hz) is a measurement of frequency or, as often defined, cycles (of something) per second. All the contemporary CPUs are so fast that they are measured in gigahertz (GHz), or billions of cycles per second. Naturally, the higher the number the more operations your Mac can complete.

So why not always get the highest number possible? Well, first, it’s the cost: in general, you pay more for a processor with more GHz. Second, putting the max GHz processor in your Mac would be more taxing on your battery and in some cases could even lead to overheating. Third, if you often don’t do tasks where billions of processes per second matter (e.g. video games, compositing, virtual reality) then you don’t get any substantial benefit from having them at all.

How many cores should your Mac have?

Once you’ve understood the GHz meaning in CPUs, you might think of yourself as a master in processor speed comparison. But not so fast. For example, which do you think performs better: a 1.5 GHz dual-core Mac or 1.7 GHz single-core one? You’ll be wrong to go for the highest GHz number here — you also need to consider the number of cores.

Cores are essentially independent processors within your CPU. Since each of them has the same capability in terms of GHz, the number of cores in your Mac is basically a multiplier for your processing power. So, in the example above, instead of having a single 1.7 GHz processor, it’s much better to have two 1.5 GHz ones because they can share the load between them and perform tasks faster as a result.

Today, you’re not likely to find any single-core Macs still on the market. Even the most basic MacBook Air now starts with a 1.1 GHz dual-core CPU. So, for most people, the choice is between dual core vs quad core, even though an iMac Pro can take on up to 18 cores and Mac Pro up to 28.

Which processor model to choose?

The next thing you usually see on any Mac after the number of GHz and cores is the type of the CPU chip itself. Throughout the years, Apple has used M, i3, i5, i7, i9, and Xeon. Each of those models is also constantly being updated, with new releases being faster and more efficient, and flagged as generations.

In today’s Mac lineup, Apple is using Intel chips anywhere from the seventh (really old) to M1 (the latest as of 2020) generation. The breakdown for chip models is currently as follows:

Here, you might wonder what’s the best Intel processor? And it’s hard to say — the high end of the spectrum (e.g. i9) definitely excels at performance but is harder on the battery, whereas the lower end (e.g. i3) would allow you to spend all day typing without charge, but might get stuck on more powerful tasks. That’s why people usually find that Intel i5 vs i7 MacBook Pro is a good middle ground. In that case, i7 comes with a benefit of hyper-threading, which effectively doubles the core count for short periods of time.

To solve the problem of powerful processing chips burning through your battery life, Intel came up with an ingenious solution. Since most of the time your Mac is busy with mundane tasks — sorting mail, browsing the web — that don’t require lots of GHz, it makes sense to keep the GHz low and create a way for your CPU to spike only when it needs to process large chunks of data. Apple called this feature Turbo Boost.

Turbo Boost helps your Mac cope with large amounts of occasional information, so this indicator should definitely go into your processor speed comparison. If you mostly busy yourself with lightweight tasks but occasionally need to edit a short video, there’s no need to go for the top-shelf Mac model — just make sure that Turbo Boost covers your needs.

Why bother with CPU cache?

Just like cache in your web browser is there to save frequently used data (e.g. remember that you’re logged into a web app), cache in your processor serves to make operations more efficient by storing some bits of data used in repetitive processing.

The amount of CPU cache in your Mac processor is usually just a few megabytes — so low that the mention of it is quite hard to come by. Generally, if you pick one of the latest generation CPUs, it would have enough cache for its needs, so you don’t need to worry about it that much at all.

How important is hyper-threading?

As mentioned above, one of the main differences between Intel i5 vs i7 MacBook Pro is the inclusion of hyper-threading in the chip of the latter model. Hyper-threading distinguishes best Intel processors and allows the CPU to perform twice as many computations in relation to the number of cores. So a dual-core laptop can behave like a quad-core one for a brief period of time. You could think of it as an additional Turbo Boost, albeit much more powerful.

Which MacBook processor do you need?

With so much choice when it comes to MacBook Pro or MacBook Air processors, how do you make sure you invest in the right one?

Of course, everyone is in a unique situation, but here are some general recommendations:

While most of the advice in this article is based on general assumptions, nothing can substitute you knowing the exact use patterns when it comes to your Mac. Monitoring your usage and the way your Mac is able to handle it should be your top priority to achieve maximum productivity.

iStat Menus is the most advanced Mac monitoring solution you can find. This handy utility lives in your menu bar and offers unbelievable details on every aspect of your Mac, lots of which are next to impossible to dig up any other way. Easily see the state of your CPU, RAM, GPU, disks, network, sensors, and more at a glance. 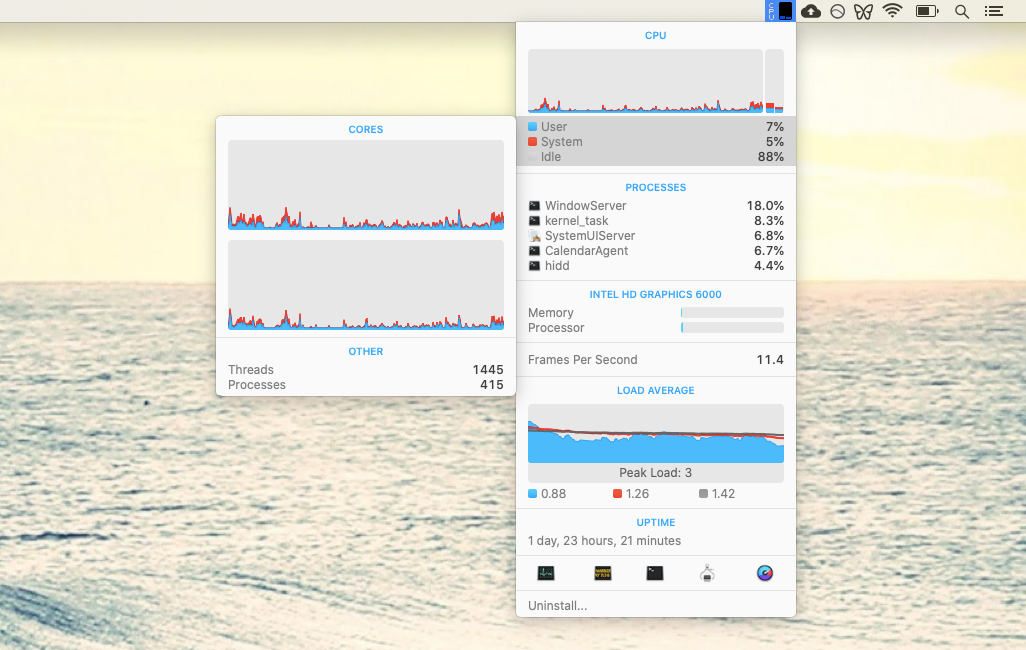 How to quickly speed up your Mac?

At some point, you’ll feel that your Mac has become slow. And you’ll probably be right. As you use your Mac more and more, you tend to accumulate lots of old files, your cache files grow, user logs take more time to process, etc. What’s important to remember here is that this problem is not with your physical processor slowing down but rather with what’s inside of your macOS, which means it can be cleaned.

CleanMyMac X is the world’s leading optimization software that could effortlessly delete a good dozens of gigabytes of useless data from your hard drive while considerably speeding up your Mac in the process. You can easily free up RAM, flush DNS cache, reindex Spotlight, quit hung apps, and much more, all at the click of a button.

To speed up Mac: 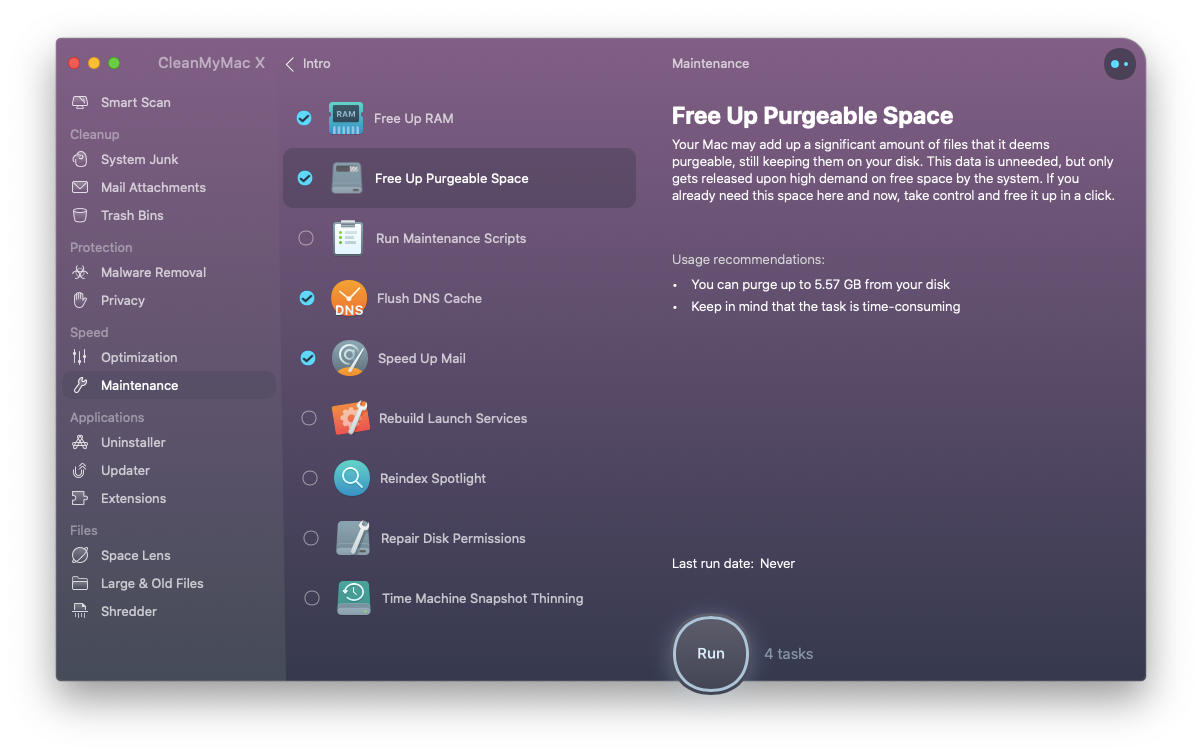 In the end, observing the facts beats theory every time. So if you’ve been thinking of an upgrade but are still not sure which MacBook processor to pick, monitor your usage with iStat Menus to get more clarity. Maybe you’ll find that all you need to do to have a brand new Mac is just optimize the old one using CleanMyMac X.

Best of all, iStat Menus and CleanMyMac X are both available to you at no cost for seven days through a trial of Setapp, a platform with more than 170 best-in-class Mac apps, from photo retouching (CameraBag Pro) to unlimited clipboard (Paste). Try free for a week and see how much easier your Mac life can be.