Walk around any startup today and the first thing you’ll notice is that nearly every single developer is using a Mac. There are lots of reasons why Macs are considered the best computers for programming. They run on a UNIX-based system, which makes it much easier to set up a development environment. They are stable. They don’t frequently succumb to malware. Besides, their native apps have a good integration with the macOS itself.

Macs are also broken into a few separate product lines: MacBook Air, MacBook Pro, iMac, Mac mini, and Mac Pro. So if you’re a developer and looking for a new Mac right now, what’s the best Mac for programming you can buy?

Any Mac can be optimized for development. With TeaCode, you’ll learn to work faster using a collection of code templates.

Let’s take at all the aspects that make the perfect iMac or MacBook for developers.

What Makes The Best Computer For Programming?

Unlike many PCs, contemporary Macs are virtually impossible to upgrade, due to their unibody designs, which means that if you need a new Mac laptop you should buy the best developer laptop right away. But what makes it so?

CPU: Programming apps like Xcode for Mac, Docker, and even Chrome require significant processing power to run quickly. Hence, you should look for a processor that’s at least dual-core or more. The entry-level i3 is also not recommended — i5 is fine, but also consider i7 to take full advantage of hyper-threading.

GPU: Unless you develop games, your graphics card should be less of a worry. General Apple app development should function perfectly on whatever the default GPU option for your new Mac is.

RAM: When it comes to picking the best laptop for developers, you should definitely focus on having enough memory capacity to accommodate all the simultaneous processes that would be taking place. Even simply running Xcode for Mac on its own takes a lot of RAM. So don’t even consider anything with less than 8 GB, and the more the better.

Screen: It’s always nice to have a lot of screen real estate at your disposal. In app development too, lots of things are happening at once and you’ll have multiple app windows open at any given moment. Having a big enough screen will let you do that comfortably. Retina displays also come with the advantage of scaled resolutions, so you can cram even more code into your view. Overall, you should strive for something larger than 13 inches.

Battery: Obviously, the issue of battery only comes up when choosing the best laptop for programming and doesn’t apply to desktops. The truth is if you pick a Mac from the latest lineup, all of them have decently sized batteries, so running out of power mid-day shouldn’t be an issue.

Ports: While it’s nice to have more ports for all your external hard drives, screens, input devices, and so on — even Macs with just two USB-Cs are doing fine here, thanks to the proliferation of USB-C hubs that can turn one port into eight in no time.

Storage: For your hard drive options, you should get an SSD without a question. Solid-state drives are faster and much more dependable. Since storage solutions are seemingly getting cheaper every day, don’t max out your internal one: 256 GB is more than enough, although you shouldn’t go lower than 128 GB.

In general, if you’re truly after the best laptop for coding, it’s strongly advised to get a new Mac, or maybe the one from last year or two, and not earlier than that. New Macs will have the longest macOS and Xcode for Mac compatibility, so your investment will pay off in the years to come.

If money is not unlimited, you can still build a formidable MacBook Air for programming at a reasonable cost, using its newest discounted model. 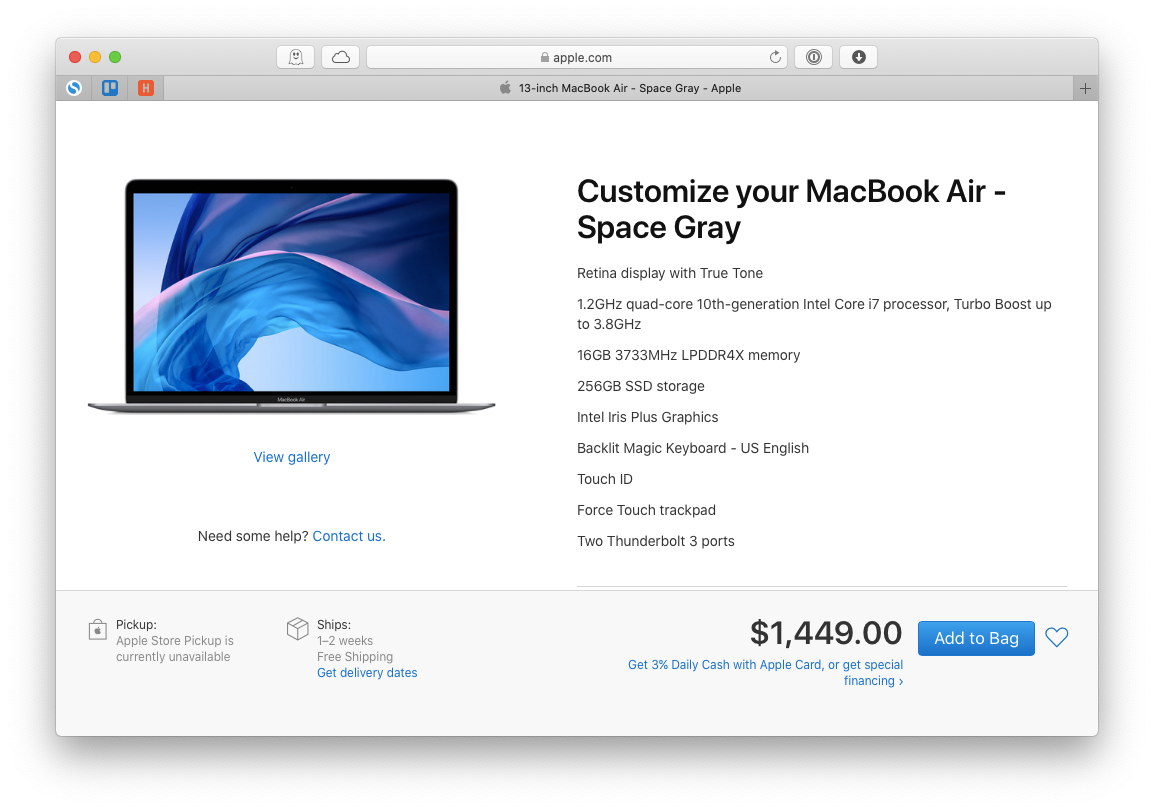 For those who want a MacBook Pro, there’s little reason to get the 13-inch model (which is served better by the MacBook Air), unless you really want it.

So a recommendation here would be to go for the 16-inch model with 512 GB of storage. There have been some reports of this laptop being prone to overheating on an 8-core processor, so the 6-core one should be perfectly fine. The only potential upgrade here could be to 32 or 64 GB of RAM if your budget allows for it. In the end, you can get a true MacBook beast for around $2,799. 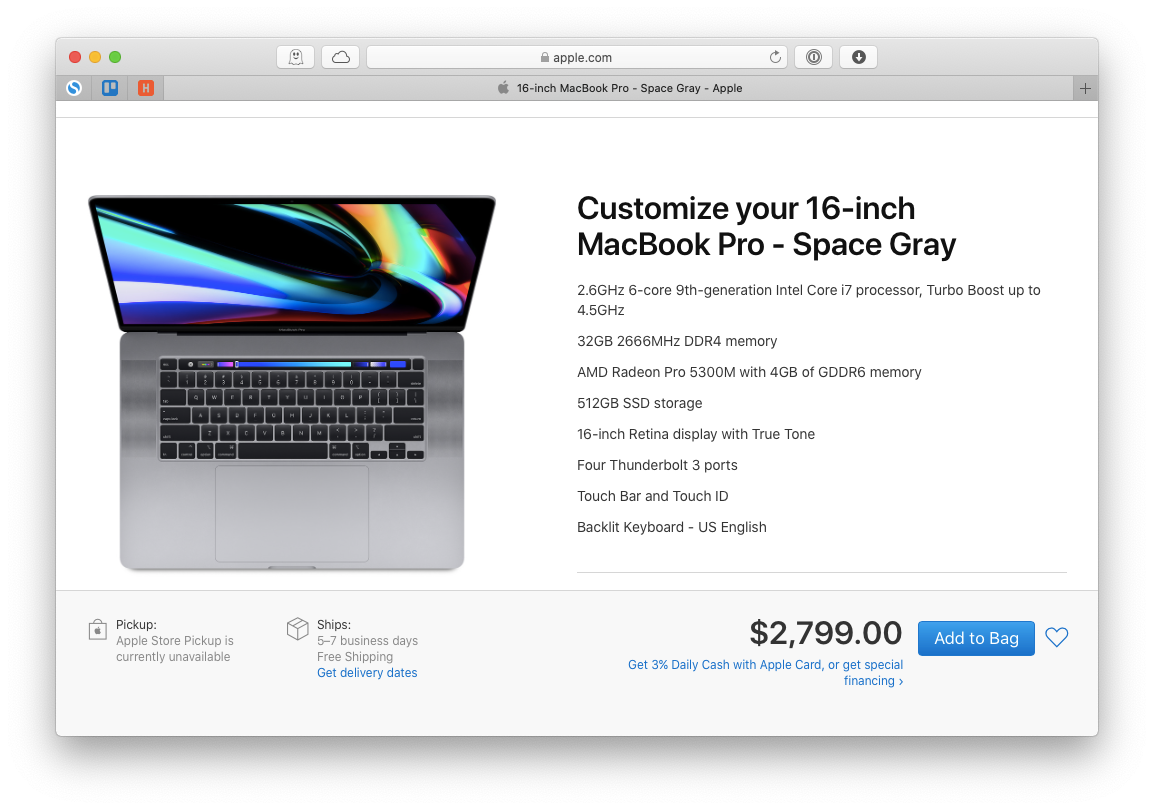 Not everyone enjoys bringing their laptop with them wherever they go. Oftentimes working at a well-defined space, such as your desk, lets you focus and get more done. That’s when getting an iMac desktop computer makes a lot of sense.

While Apple still lets you choose between a 21.5 and 27-inch iMac, go for the larger screen to reap the maximum benefits out of your new best Mac for programming. As a bonus, all the latest 27-inch Macs come with a 5K Retina display.

Out of the three options for iMacs presented, go for the mid-tier 3.1 GHz 6-core processor and then optionally upgrade to the 3.6 GHz i9. Definitely get at least 16 GB of RAM or more and upgrade to at least 256 GB of SSD. That’s how you can build a future-proof and powerful iMac for just $2,799. 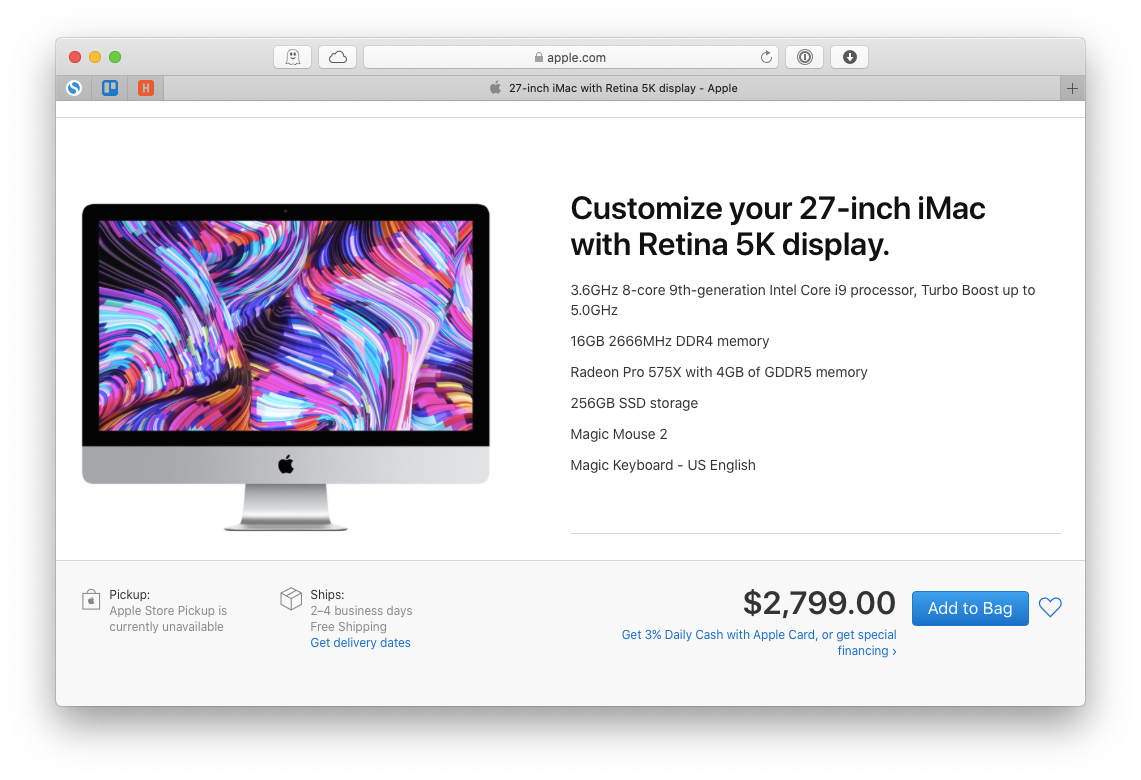 What about iMac Pro and Mac Pro? While both of them are extraordinary machines, they are likely to be an overkill (as they start at $5,000) when it comes to Apple app development, unless you work in power-taxing fields like gaming or VR.

Even though it’s frequently overlooked, Mac mini can be compact and swift, and certainly fight for the best Mac for app development title. It’s resistant to coffee spills and broken screens, and can be quite portable too. Mac mini also supports one 5K display or two 4K ones. 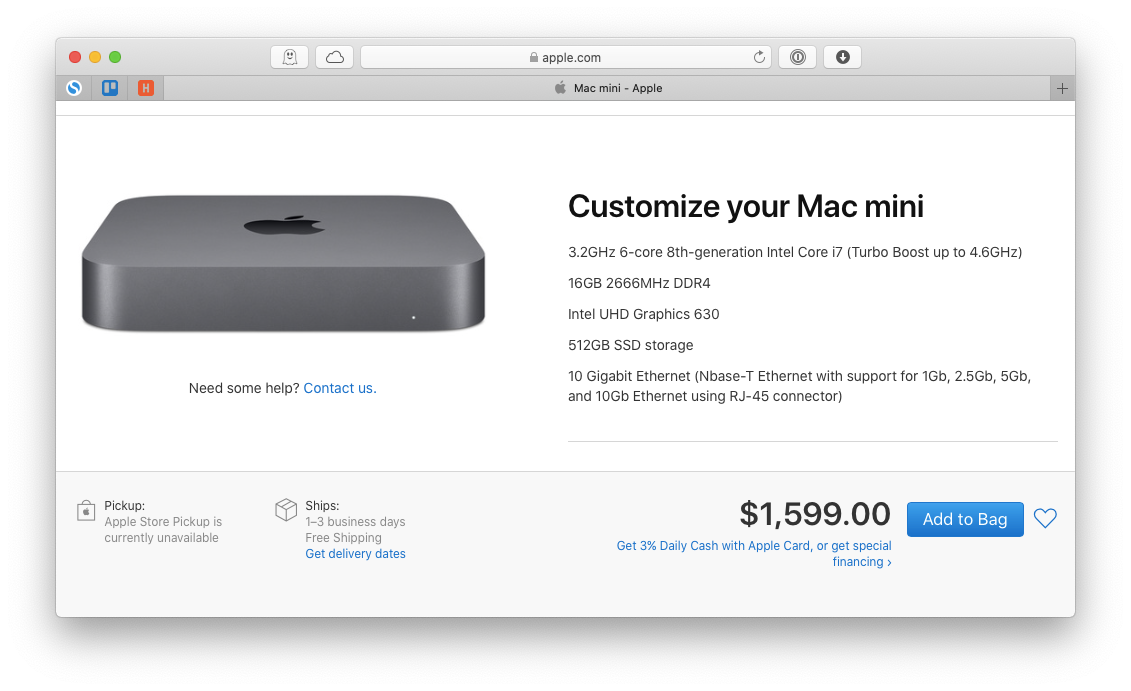 After you get set up with the best computer for programming, it’s time to get the best coding software. Whether you’re working in web or app development these days, you’ll definitely come across Sketch a lot, which is a very popular design tool. The problem is the tedious process of moving every detail of the design into Xcode for Mac.

Sketch Export for Xcode drastically speeds up any app development by automatically crawling all the colors in the design and giving you easy options to transfer them right into your coding environment in clean Swift, thus eliminating any guesswork. Even color names will be filled out for you. 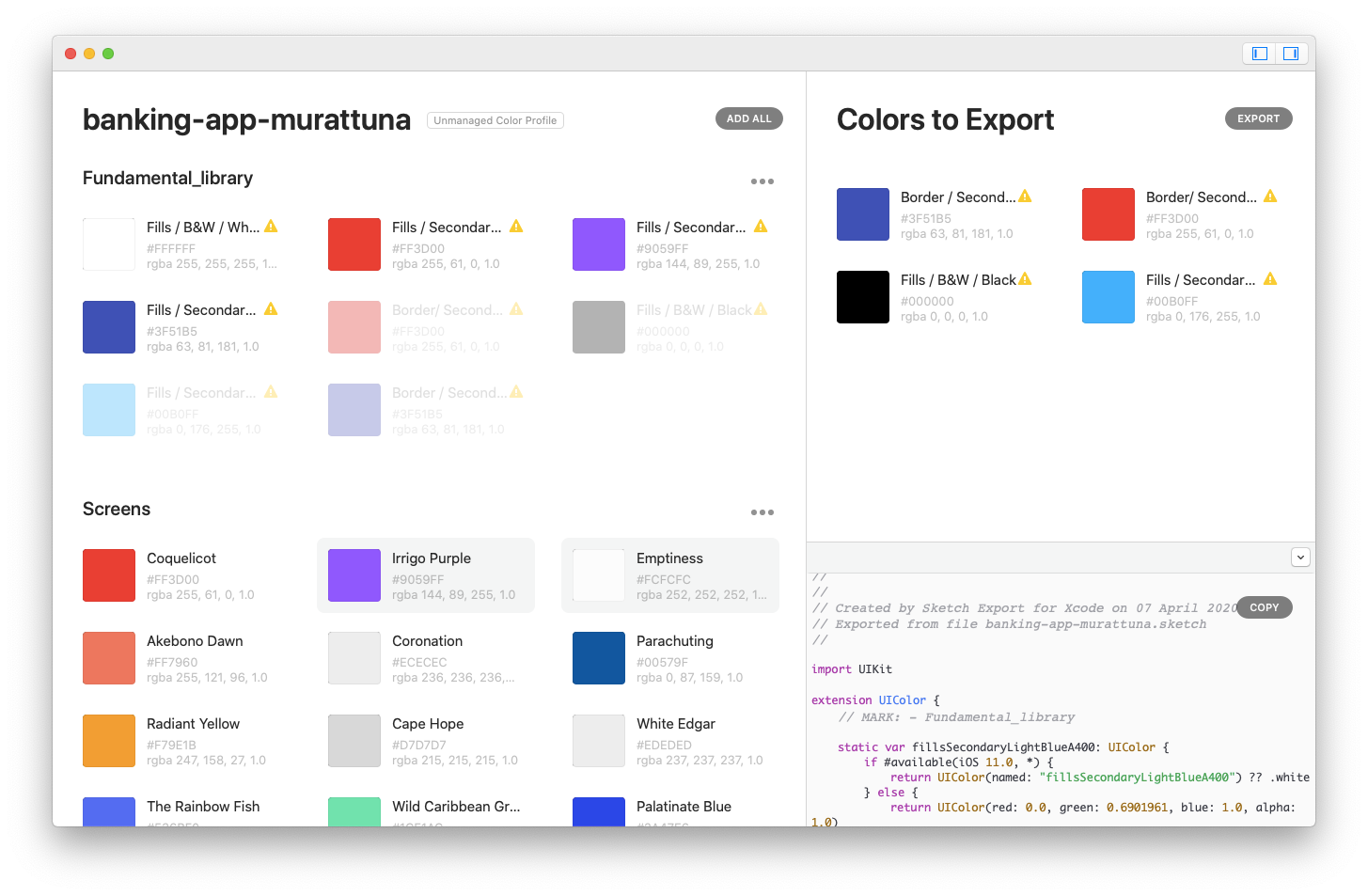 How to easily create progressive apps

Everyone knows that native apps are generally better performing than their progressive counterparts. However, crafting a web app followed by separate apps for macOS, Windows, iOS, and Android takes a lot of resources that not many businesses can afford.

Unite is an amazing app development tool, since it allows you to instantly transform any website into a macOS app, no coding required. Further you can customize the app and, for example, get rid of web-based features (such as ads) that you don’t need to arrive at a clean and user-friendly experience. Since Unite apps are still using a browser shell, your new app will be compatible with most of the web plugins out there too. 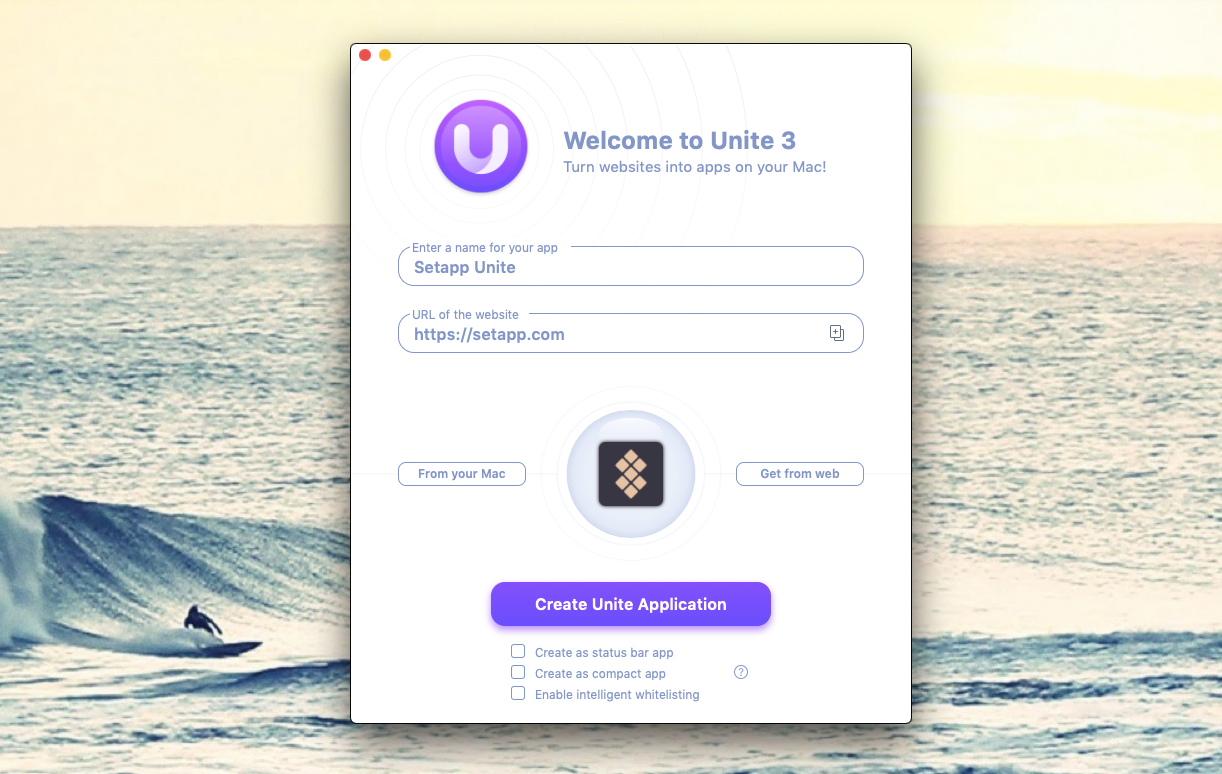 How to code faster right now

When you start dabbling in Apple app development and using Xcode for Mac, you quickly find out how repetitive much of the code is. If only there was an autofill for all that syntax and functions!

TeaCode is a complete library of coding templates you can access with a simple shortcut in whatever text editor you prefer. This app also covers a wide range of languages, from Swift to PHP to Objective C — and you can create new shortcuts yourself to avoid ever wasting time on repeating common snippets of code. 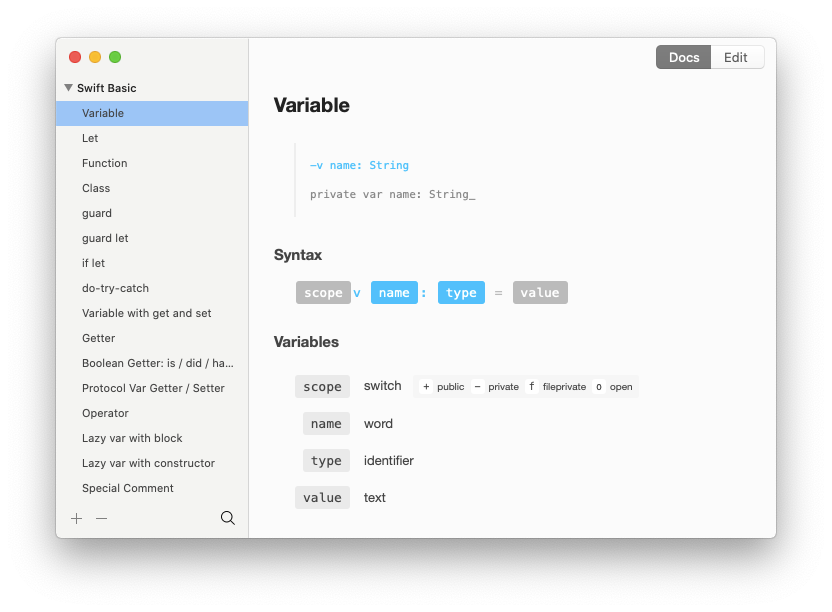 So now you should not only be equipped with one of the best computers for programming but also have some of the best coding software installed on it: Sketch Export for Xcode, Unite, and TeaCode.

Best of all, every app mentioned above is available to you absolutely free for seven days via Setapp, a platform with more than 200 top-rated Mac apps for any task at hand, from mind-mapping (MindNode) to writing notes (Ulysses). Sign up and try them all at no cost today!