Try CodeRunner: Write, run, and debug from one app.

If you are looking to try out Notepad++ but your work machine is a Mac, you might run into a problem, which is — this app was developed for Windows and is only available on that platform. Does this mean you now have no options to use it? Is there a way to try and run it anyway? And what are the best alternatives?

We are addressing all of the above questions in detail below, so let’s get started!

Notepad++ is a text and source code editor. It’s designed for use with the Windows operating system and allows you to edit code for your projects. Conveniently, you can have several tabs with various files open to switch as you work, just like browser tabs.

Notepad++ is distributed for free and is available in 90 languages.

The app is packed with features and allows syntax highlighting, code folding, as well as some limited autocompletion.

Install Setapp and find a perfect replacement for Notepad++ in seconds.

Is there a Notepad++ for Mac?

While Notepad++ is an extremely handy and loved app, there’s no Notepad++ for Mac, unfortunately. The good news is, you have a few options when it comes to editing your source code. First, you might not even need a Notepad++ equivalent for m1 Mac as you can in fact run the app on a Mac using an emulator or a virtual machine. Secondly, the market has quite a few amazing apps that can serve as an excellent Notepad alternative for Mac.

We will cover both solutions in the article below, so keep on reading.

How to run Notepad++ on a Mac

If you are set on running Notepad++ on Mac, you will have to resort to virtual machines and emulators. If you are already using one for another task, you can easily install and use Notepad++ on your Mac. If not, let’s see how you can do that.

And by the way, while dedicated gamers play classics from the 80s using older PC environment emulators, you might not be as passionate about running Notepad++ on your Mac using an emulator or a virtual machine. So here’s a closer look at these options for you to decide if it’s worth the effort.

If simply reading the guides above already felt tedious, you might wonder if you can just find a Notepad++ alternative for Mac that you can install and use without any additional effort. In fact, you can. Below, we talk about Notepad++ alternative apps like CodeRunner, Espresso, Brackets, Sublime Text, Atom, and TeaCode, their features, and uses.

CodeRunner is a code editor and an IDE. It’s fast and easy to use. You can write in Python, Ruby, PHP, Perl, Swift, C++, HTML, Java, JavaScript, CSS, and more. 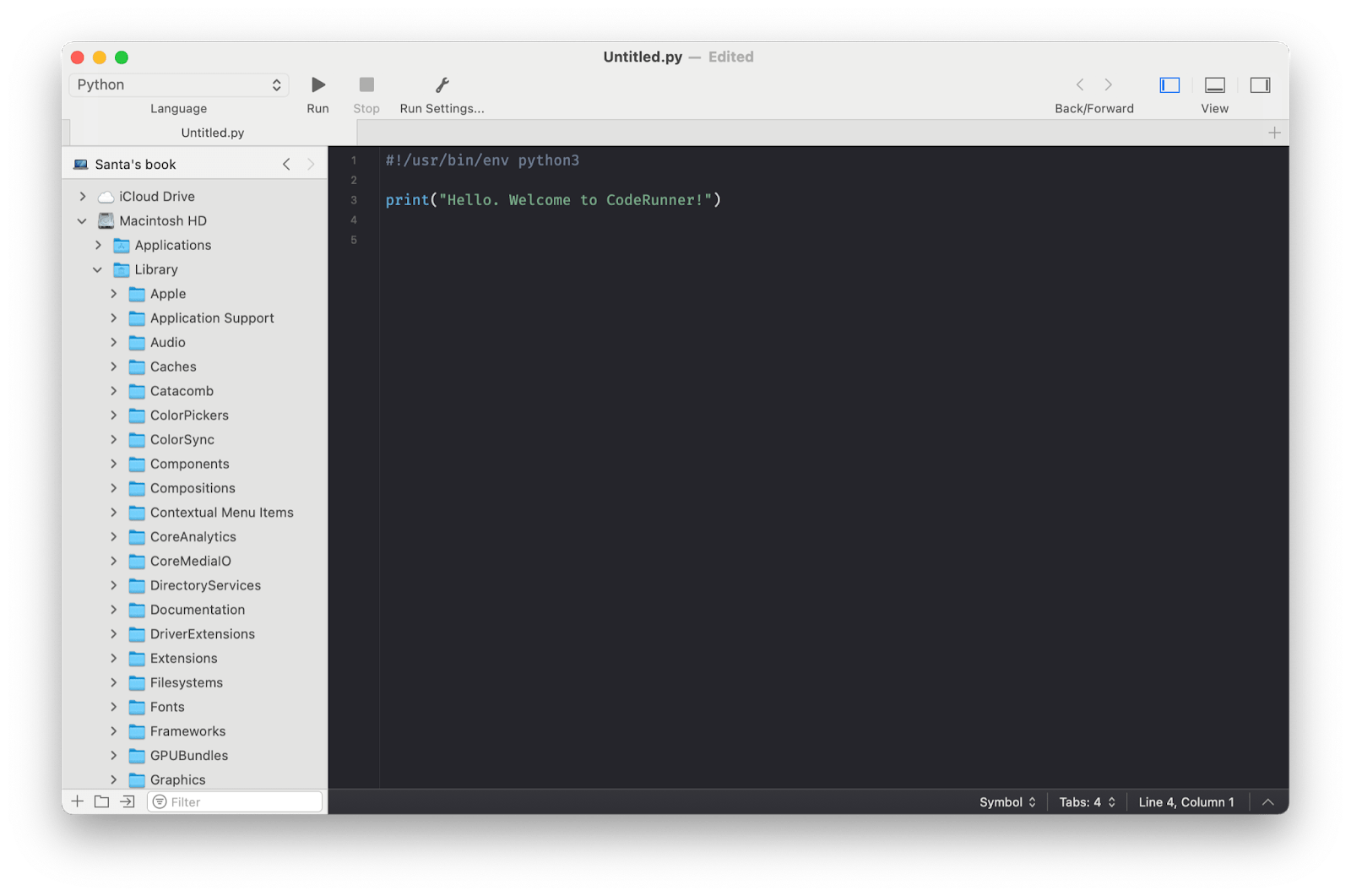 The app has everything you need for work — more than 230 syntax highlighters, smart autofill, auto-indenting, out of the box support for over 25 languages. Debug, browse online documentation, and build in this handy developer app.

If you want a dedicated web editor, Espresso is your go-to. This lightweight app for Mac m1 is small and punchy just like its namesake. It handles coding, designing, building, and publishing with a smile on its interface: 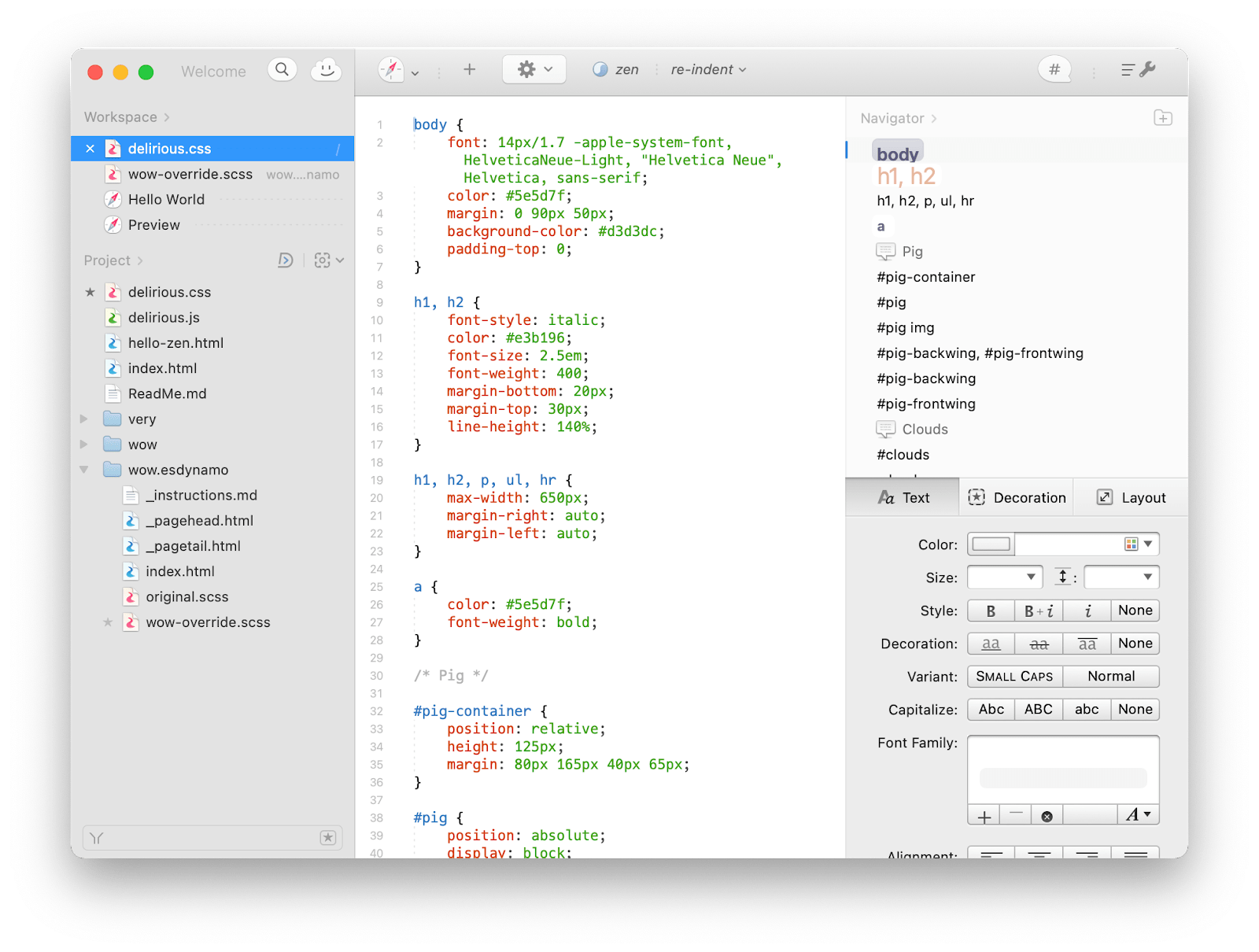 Brackets is an open source code editor created by Adobe Systems. As announced on the app website, Adobe ends support for the app on September 1, 2021.

If you prefer to use an app that hasn’t been discontinued, Adobe now recommends using Visual Studio Code as an alternative. This free source code editor by Microsoft allows you to install Brackets extensions and work in the way you know and love.

The app has a vast ecosystem of many coding languages, comprehensive syntax highlighting and autocomplete, debugging, built-in Git commands, and much more. 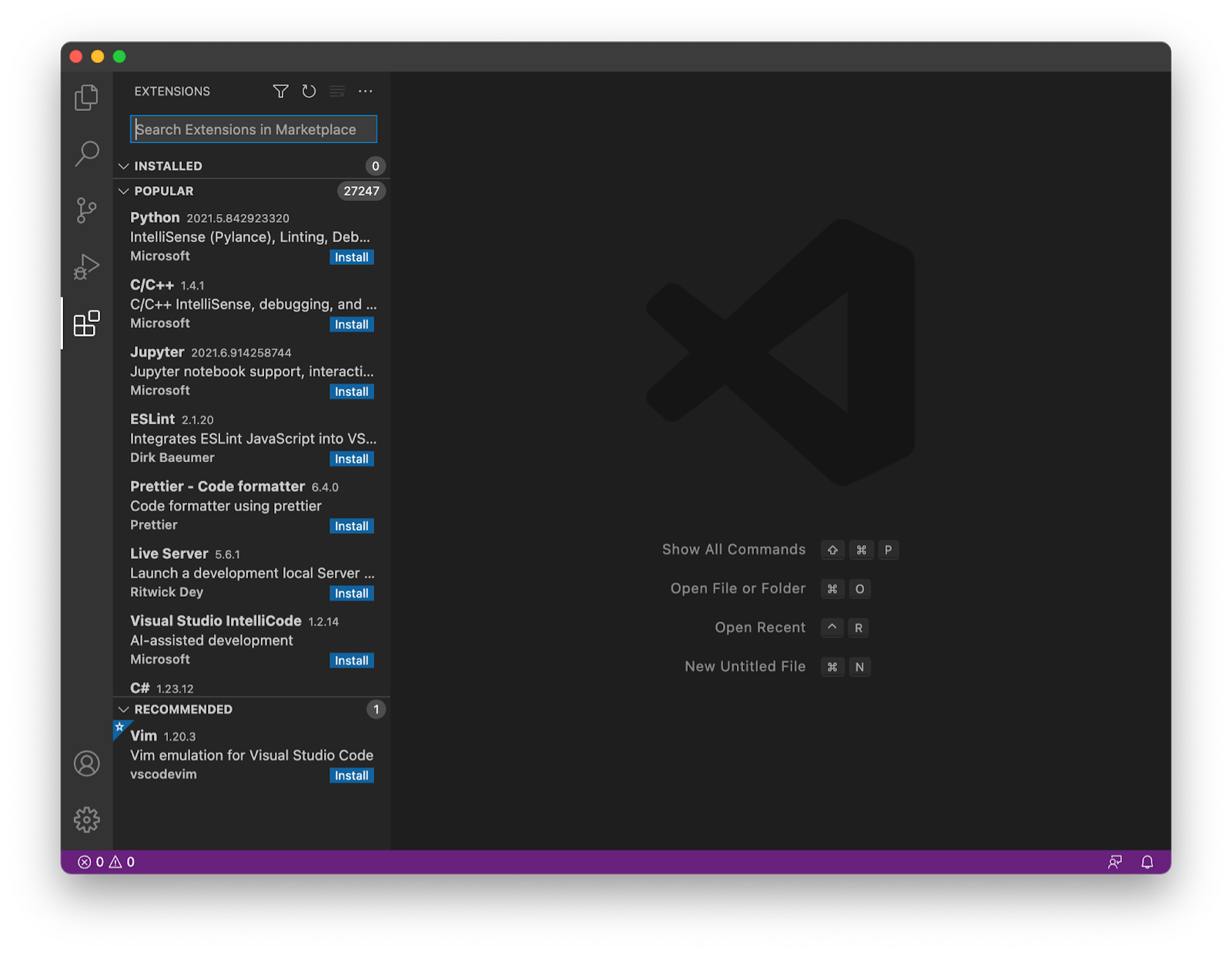 Another option for you is Sublime Text. This app is a source code editor and debugger. It has the fan-favorite feature command palette, as well as simultaneous editing, quick navigation, autosave, plus its latest version has just been released at the end of May 2021.

This minimalist-looking app is rich with features and can help you effectively edit your source code with the help of its advanced features, including GPU rendering, tab multi-select, context-aware auto complete, powerful syntax highlighting, and much more. 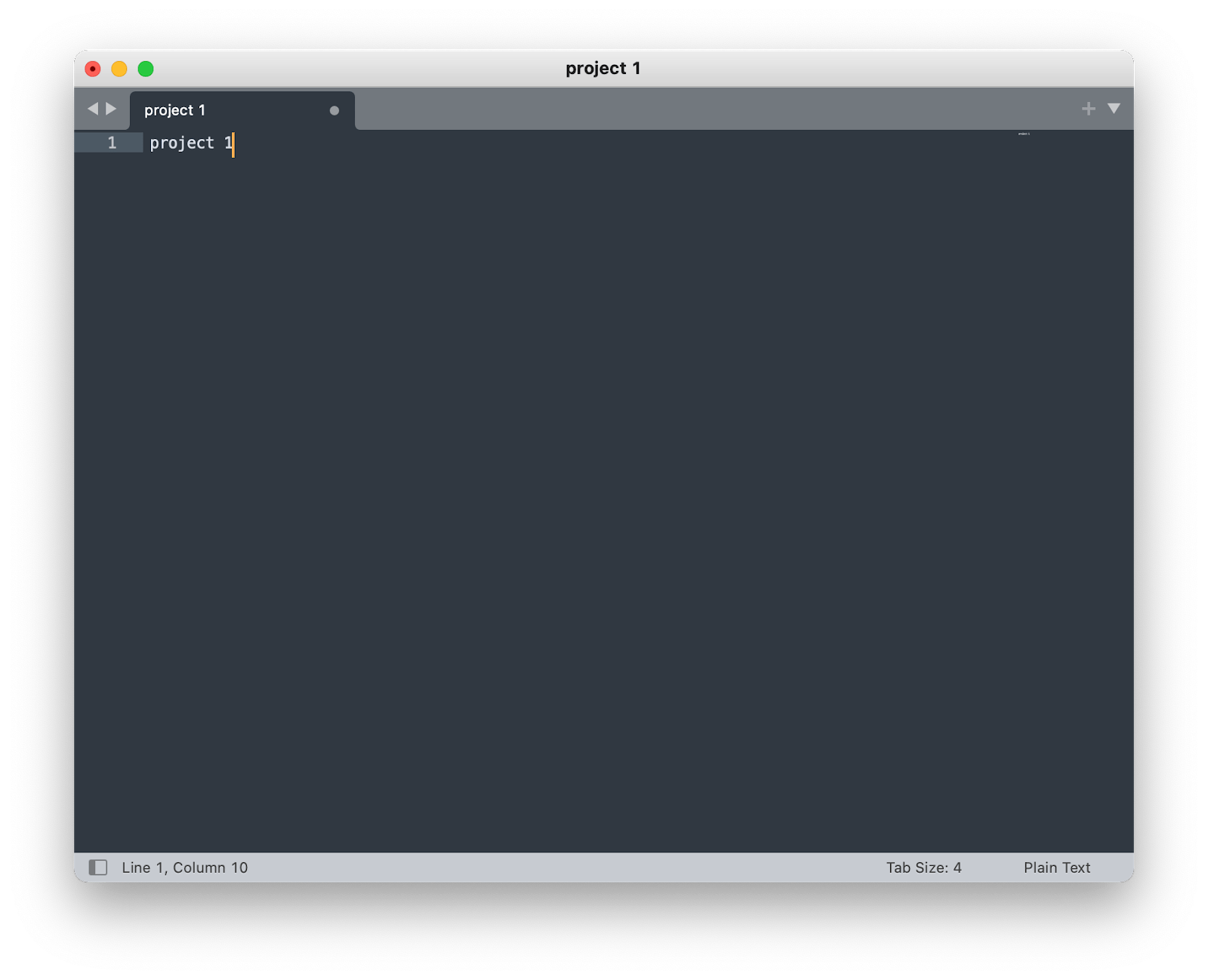 Atom is a free open source text editor developed by GitHub. One of the most exciting characteristics of this app is that it is highly customizable.

Marketed as a “hackable text editor for the 21st Century” due to its advanced customization possibilities, this tool allows for cross-platform editing, has a built-in package manager, provides smart autocompletion, offers convenient find and replace, plus can be used for collaboration with its Teletype functionality.

Naturally, Atom is closely integrated with GitHub, so you can log in to your profile and work with Git and GitHub directly from Atom. 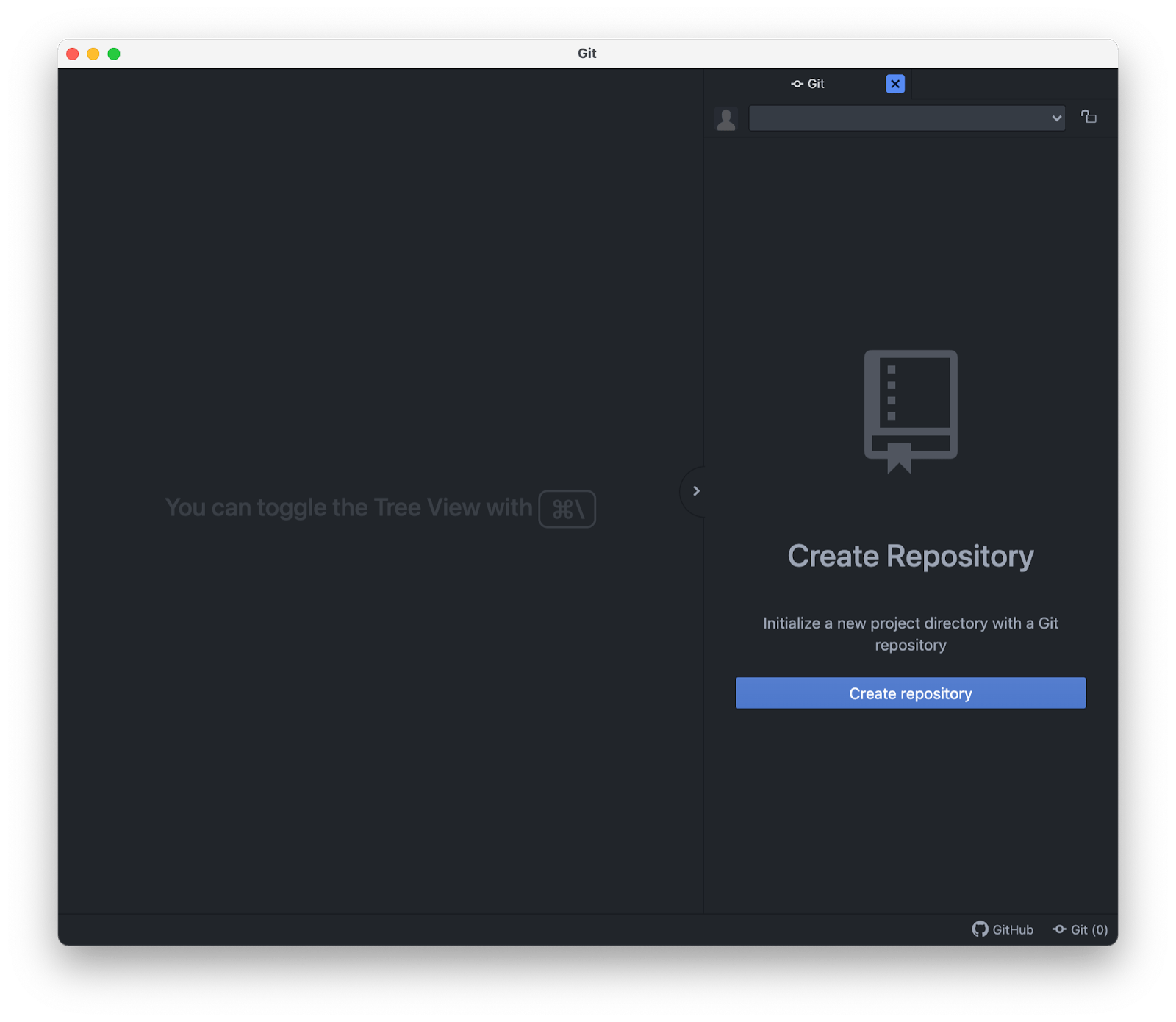 Run NotePad for Mac with an emulator

To combat the lack of Notepad for Mac, you can use Wine, a free and open source compatibility layer that helps software developed for Windows to run on your Mac. Technically, no code emulation happens in Wine, and the name of the software itself is the acronym for “Wine is Not an Emulator”.

Here are the steps we’ve managed to find that should help you run Notepad++ on Mac:

Use Notepad for Mac with a virtual machine

Your next option is to use a virtual machine, which is exactly what it sounds like — a virtualization of a guest operating system, including Windows needed for Notepad.

To use Notepad++ this way, start by installing Windows on your Mac with the help of VMware Fusion, a software virtualizer for Macs. Here’s a guide we’ve discovered for each step of the process:

Now simply download Notepad++ and start using it just like on any Windows machine — and that is how you get Notepad++ for Mac.

How to write code faster with expanders

Sometimes all that’s stopping you from quicker work pace is the routine — you are forced to type out the same things over and over and get bored before you get to the exciting part. Well, no more!

TeaCode is a code expander that provides you with dozens of expanders for Swift, PHP, Objective-C, and HTML. Plus, creating new expanders in the app is simpler than simple. 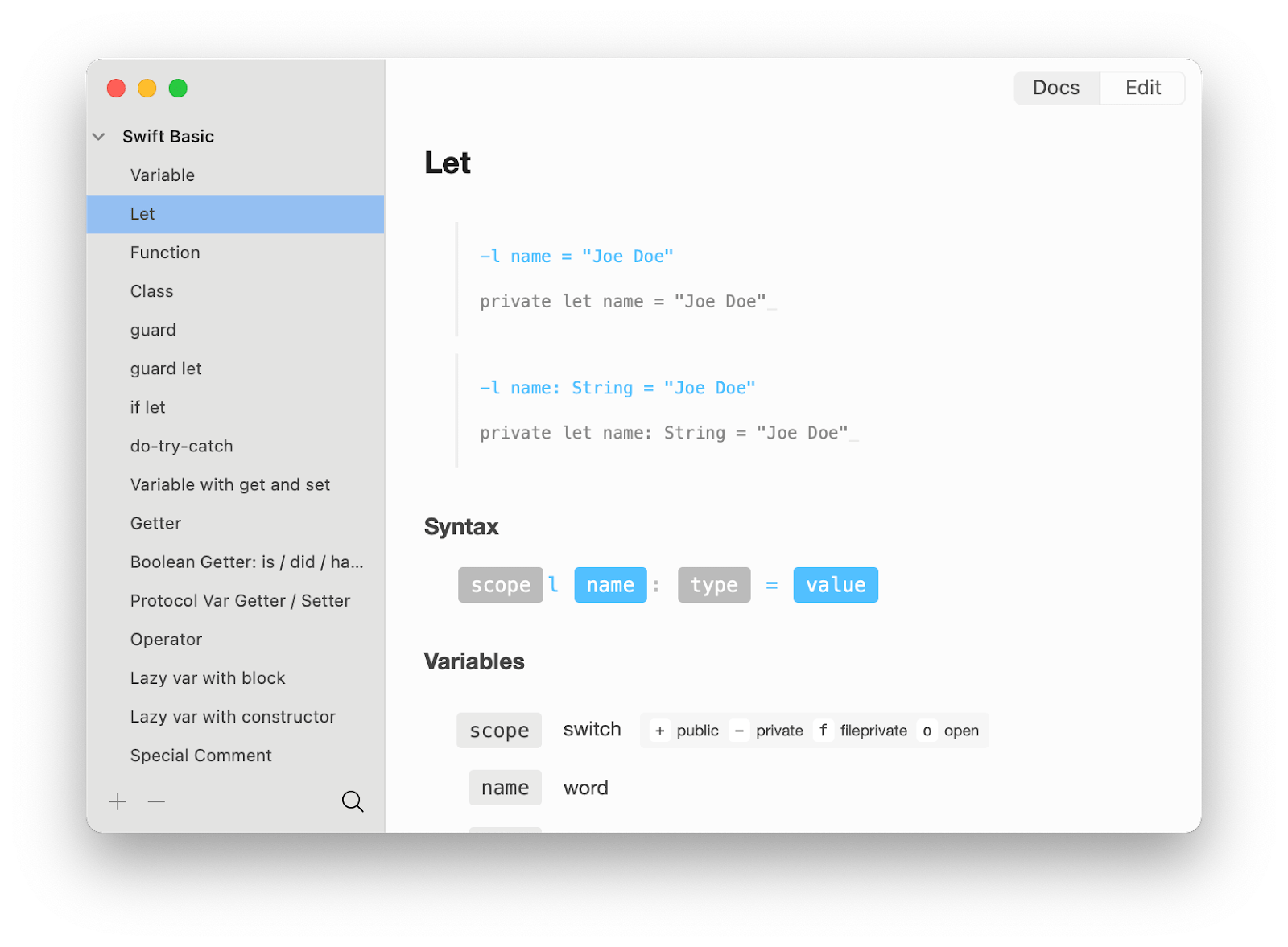 As you can see from the solutions outlined above, the answer to the question, “Does Notepad++ work on Mac m1?” is both yes and no. You can run emulators and virtual machines to create an environment in which the app will work on your Mac — as we’ve described Wine and VMware Fusion look like viable options for this approach. So it’s kind of a yes, but you are basically creating a bridge into a different operating system and aren’t running the app on macOS but on your Mac.

And if you are not as much attached to the idea of working in Notepad++ no matter what, you can explore all the source code editing alternatives we’ve listed in this article, or even go beyond that. It’s easy to just install an app that solves your task and be done with it, isn’t it?

Popular Notepad++ replacements include CodeRunner, Espresso, Brackets (discontinued), Visual Studio Code, Sublime Text, and Atom. And we’ve discussed them in the paragraphs above.

If you are a Setapp subscriber, you can get CodeRunner and Espresso in Setapp, try them out, and pick the one that fits your workflow best — or just use both for different tasks! And while you are browsing for new Setapp discoveries, TeaCode is a handy little app that is compatible with numerous text editors and saves you a ton of time through code expanders.

Even if you are not subscribed to Setapp yet, you can get a free 7-day trial to try out the mentioned apps and many more as Setapp provides a curated selection of apps that are the solutions to numerous daily tasks and challenges, making your day more effective and packed with results instead of frustration:)