Let us begin with reassurance: even if some apps crash after you’ve upgraded your Mac to the latest operating system, there is still a chance it’s a temporary problem. We can’t advise you to wait it out though, because there’s also a chance something went very wrong.

That’s why in this article we’ll go over a bunch of reasons and solutions for your app crashing problem. We’ll review general app compatibility for Mac apps on macOS, because the good people of this world have already created a list of all the apps that work on this system and that don’t. If you find your problematic app on the list, you’ll know why it fails.

We’ll see what could be the reasons apps don’t work and how to find out if they will.

One of the reasons your app crashes could be that it’s incompatible with the new macOS. What it means is that app developers haven’t updated it to run with the new system requirements. For instance, in macOS Catalina, Apple gave up the support of 32-bit apps — requiring developers to switch to the 64-bit infrastructure. If they don’t meet the requirement, 32-bit Mac apps won’t launch in Catalina and Big Sur.

If you don’t feel like looking through a nearly endless list of apps and just want to know if the majority of apps are ready for the new macOS, then yes, they are. Most popular apps are fully-functional on the new system. In case you have doubts, try looking into the About section and see when your app was last updated and to which version. That’s an instant answer to the question “Why do my apps keep crashing?”

What if I really need the incompatible apps?

The easiest advice is — find a compatible alternative. For instance, you can have a huge collection of quality, High-Sierra-compatible apps for all kinds of Mac tasks on Setapp. It’s a subscription service that gives you 150+ Mac apps for a single monthly fee. If you don’t like being nervous after every upgrade and enjoy running updated, compatible software, that’s your best choice. Setapp takes care of the compatibility so that apps crashing stops being the problem.

An app crashes or doesn't open, what can I do?

Not every app is on Setapp, just yet. So you need a solution on how to fix app crashes manually.

The first thing you need to do if you have apps crashing and refusing to work properly, is to make sure they are compatible. If your app is compatible but still crashes, there must be something else at work.

If the app crashes on launch

In this case, when you can’t click on About to see if it’s up to date, check the developer’s website to see if you’re running the latest version. Sometimes apps quit unexpectedly and that is also a crash-like issue which you shouldn’t ignore, even if it's occasional.

In macOS Catalina and macOS Big Sur, you’ll see a message saying something like “app not optimized for your Mac.” This will (most likely) mean you’re trying to open a 32-bit app. Not gonna work, sorry.

That’s about it concerning your options. We know having your favorite software unresponsive is frustrating but there’s really plenty of fish in the sea. If the app you loved is no longer supported on the new system — like outdated software in macOS Catalina and later — maybe it’s time to find a new, better one for the job.

If the app crashes during work

Maybe your Mac doesn’t have enough processing power/memory to run it at full capacity. You can try checking how your Mac is doing in real-time while the app works with iStat Menus. Download the app and use it to monitor hardware indicators, CPU load and RAM usage. Check which apps take up the most resources and decide if you can quit/uninstall them. 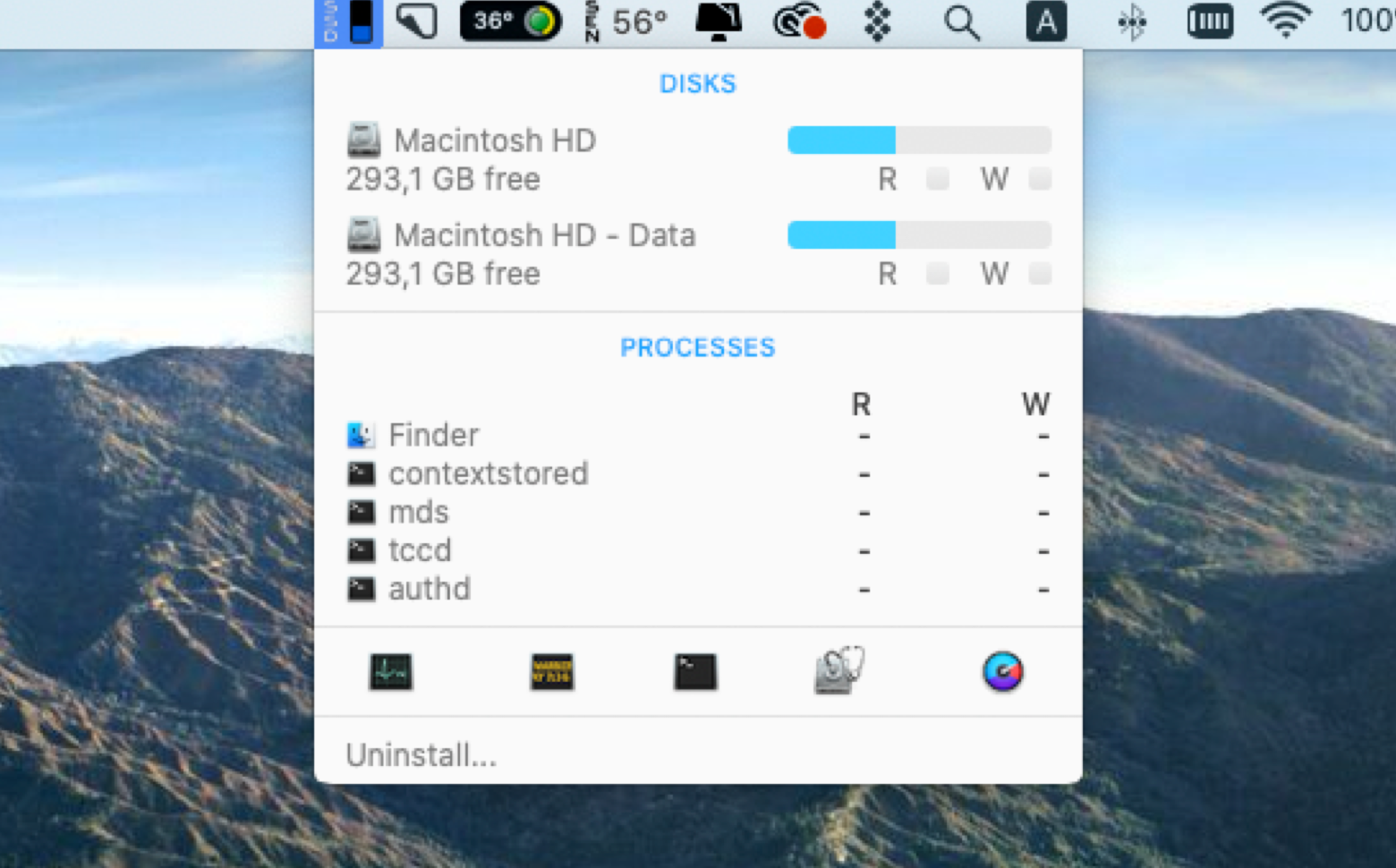 If the app prevents your Mac from launching

This app is probably featured among your startup items — apps that start together with your Mac when you turn it on. If your Mac freezes or the app prevents another app from launching, try removing it from login items. To do it, open System Preferences > Users and Groups. Select your name and click “Login items” and remove the app in question.

Your Mac can be home to any apps if you treat them well. Use Setapp as a solution to troubleshoot software issues.

Your apps might be affected by the APFS system

Another reason why Mac apps keep closing may be APFS. The operating systems after High Sierra use Apple File System. If you’ve just switched, all your files on drives were moved from the old HFS+ to the new one, including apps that weren’t in your Applications folder.

In case the apps that crash are stored elsewhere on your Mac, like on your Desktop instead of the Applications folder and are installed there, they have been transformed into the new file system. And application files don’t do well with it, so if you’re launching your apps from the desktop folder or any other Finder folder (apart from applications) it’s entirely expectable for it to crash.

If you have the latest version and your app is compatible, there are a few things you can still do to try and fix the crashing.

That’s about it concerning your options. We know having your favorite software unresponsive is frustrating but there’s really plenty of fish in the sea. If the app you loved is no longer supported on the new system — like outdated software in macOS Catalina — maybe it’s time to find a new, better one for the job.

We hope this guide has been of help, we’re trying to keep it up to date, so if you noticed inconsistencies, please make sure to tell us about them so we could fix it. Thanks and take care.