Years ago, instant translation was akin to science fiction. You would watch shows like Star Trek and marvel at the idea of making yourself understood across cultures without having to spend months learning and becoming fluent in a language.

Who would have guessed that by the early 21st century that dream would become a reality! Google Translate is a powerful tool that lets you communicate with people in different languages almost instantaneously. It’s not quite as easy to use as Star Trek’s “universal translators,” but until that day comes here are some Google Translate tips to make the most out of it.

How To Use Offline Google Translation

Likely the most important Google Translator trick is knowing how to use it offline. After all, when you’re travelling you might not always have access to the internet, and that’s when you need to be able to communicate the most.

Using Google Translate offline is easy, but does require some preparation when you’re online. All you have to do is download a Google Language pack. 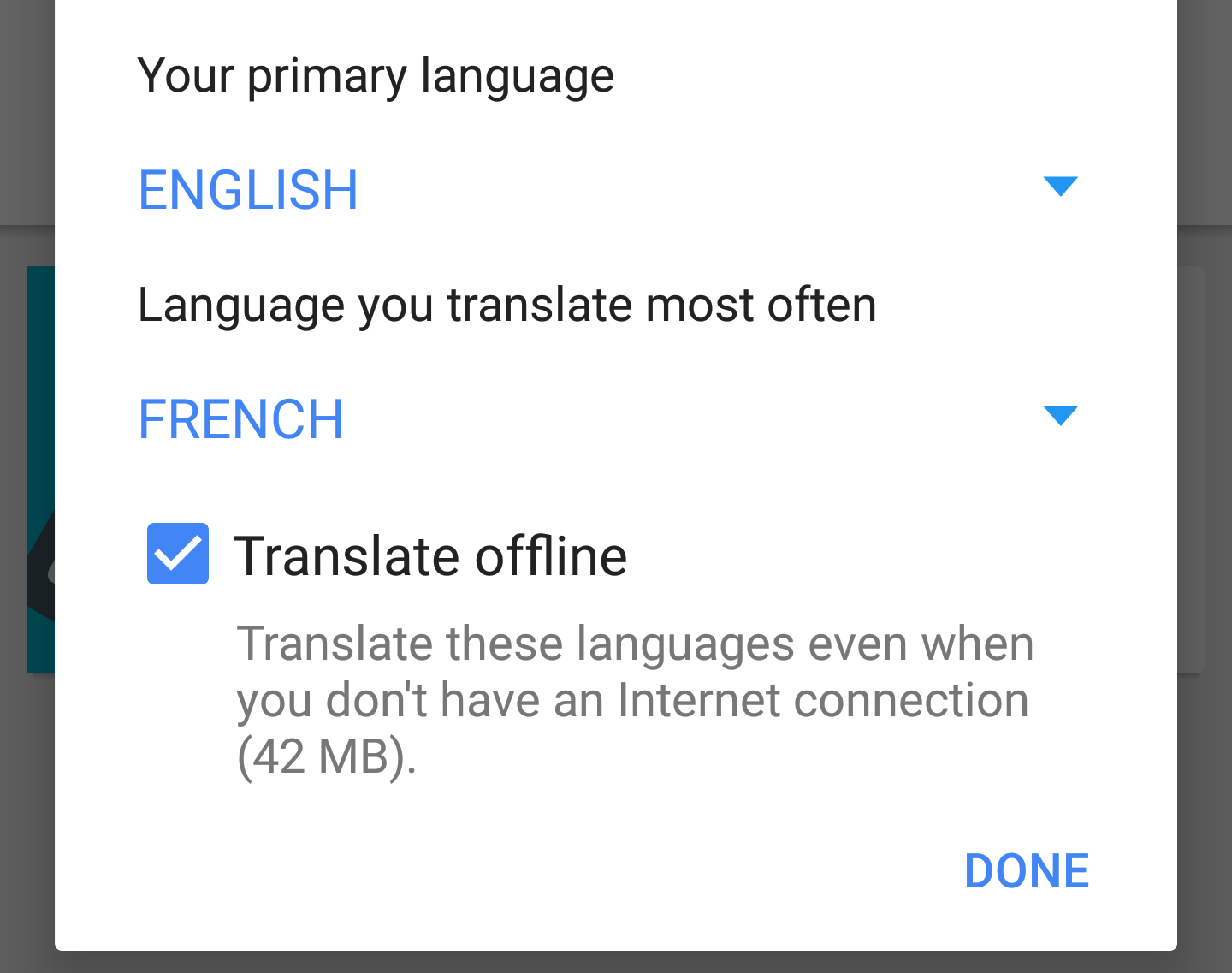 You’ll be given the option of downloading the language pack you use most often when you open the Google Translate app for the first time — just check the box by Translate Offline when setting up the app. However, if you want to add any additional languages, it’s easy too: 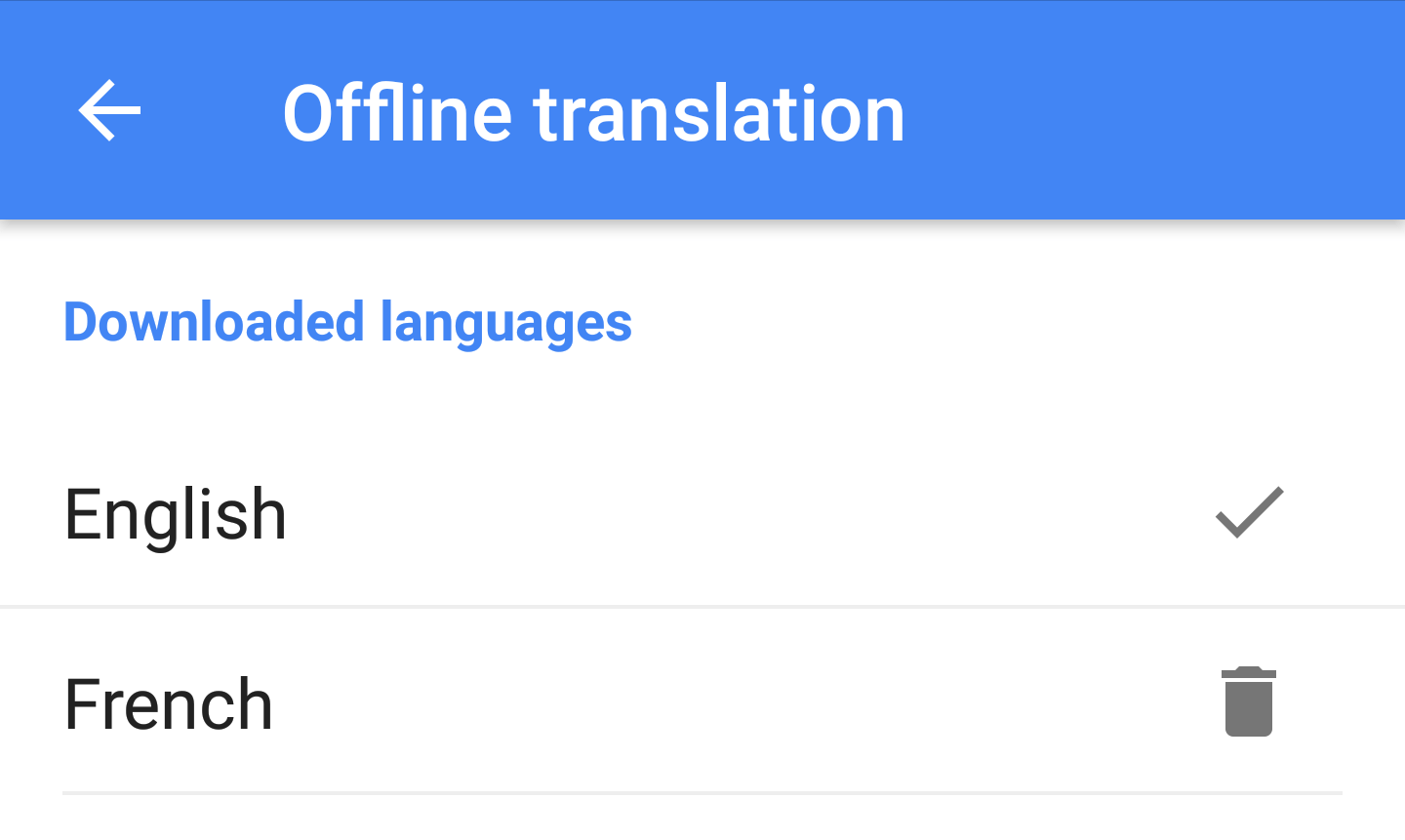 How to translate highlighted text from image

One of the coolest Google Translate tricks is the ability to translate text from a photo, which is especially useful if you’re travelling and trying to read signs in another language.

To use this fantastic feature: 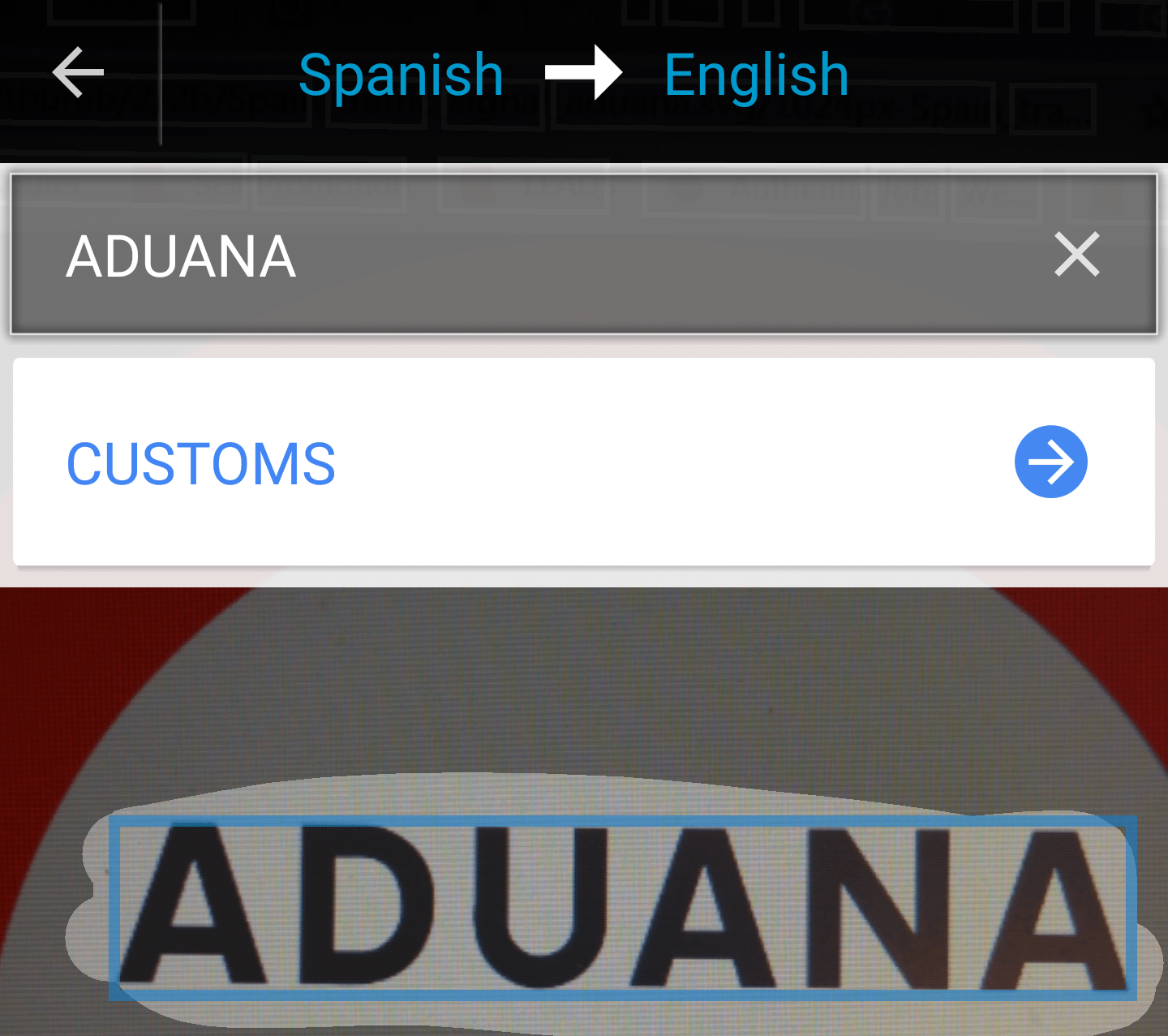 How to use Google Translate’s conversation mode

Another great feature of the Google Translate app is Google Translate Voice Mode, which is especially useful when travelling. You can speak into the microphone of your phone and Google Translate will listen, translate, and then say exactly that in your chosen language. In so many ways, this is the final goal of Google translation and what we’re trying to achieve in interpersonal communication as a society.

Another innovation of the Google Translate app is Conversation Mode. Normally when you translate your voice, it’s set to translating from one language to the other. However, if you activate Conversation Mode, your device will translate both languages as in a dialog:

Use the Google Translate app as a dictionary

If you enter a single word into the Google translation app, it will also provide a dictionary definition. So you can always rely on Google Translate to be your dictionary app as well. From now on, if you’re ever confused by what a word means, just fire up Google Translate.

Google Translate is extremely easy to use with Google Chrome, where a pop-up will ask if you want to translate the site into your default language. All you need to do is click Yes and Chrome will do the rest.

However, if you’re not using Chrome, you can still effortlessly translate websites using Google Translate. Just navigate to its web version and type or paste the URL of the site you want translated into the left-hand side. Google Translate will give you a link to a translated version of that site on the right. Even better, any links you follow in the translated site will also be translated.

How to save translations to a phrasebook

When you’re travelling, you’ll find that you tend to use the same phrases over and over. That’s why the Google Translate app lets you save common phrases to your phrasebook.

When you translate a phrase, the result will have a star in the upper-right corner. Tap that and it will turn yellow, which means you’ve added the translation to your phrasebook. 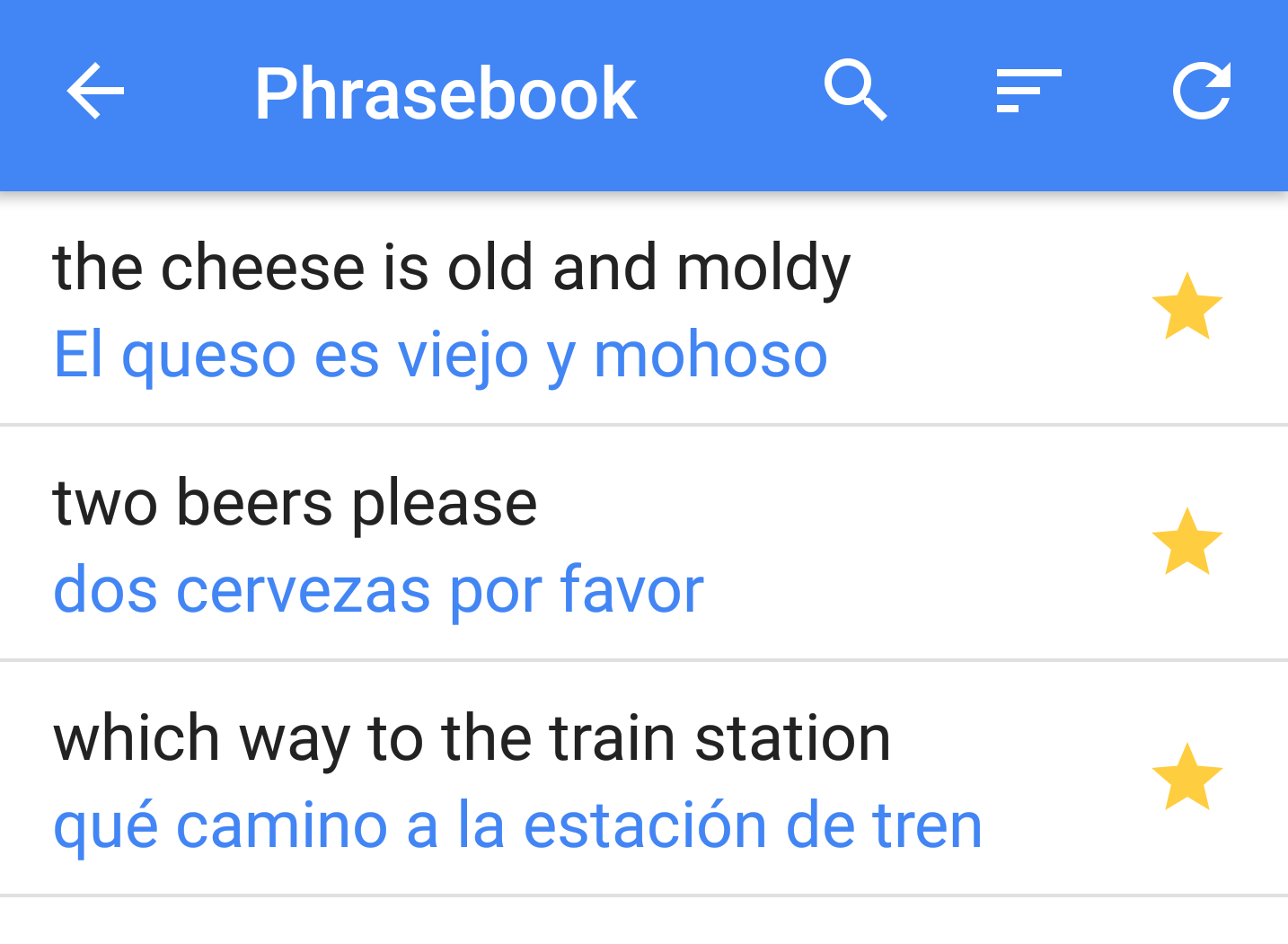 To access your phrasebook, tap the hamburger menu (the three parallel lines) in the upper-left corner of the Google Translate app and choose Phrasebook. It will display whatever Google Translations you’ve added already.

Even when you’ve learned the Google Translator tricks, you still might not be satisfied. Google Translate is an incredible tool that seems like something out of science fiction, but it’s not perfect — if you are a Mac user and want an alternative that can give you the functionality of Google Translate for Mac and more, check out Mate Translate. 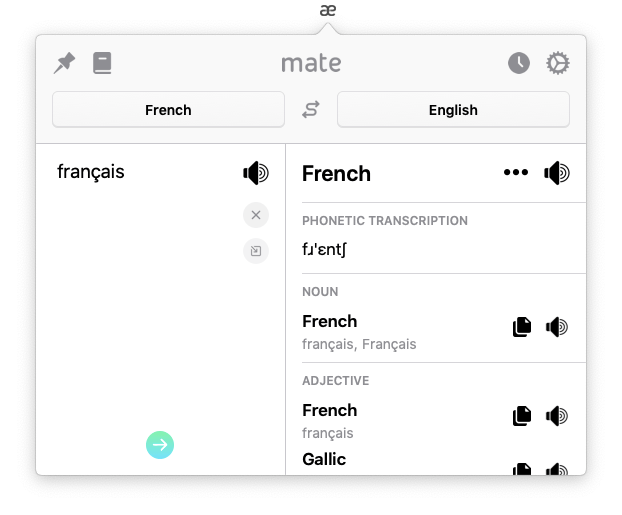 In terms of alternatives to Google Translate for Mac, Mate Translate is one of the best and most straightforward tools. One of Mate Translate’s most useful features is integrating with your Mac’s menu bar, meaning that you can translate from anywhere on your Mac. Just highlight any text and you’ll have the option of translating it into any language at the click of your mouse.

Integrated text to speech in the app also helps you practice your pronunciation, and with a full history of your translations stored on your Mac you can refresh your memory at any time, even when translating offline.

Mate Translate can identify and translate over 100 different languages and has a complete set of international characters, making it a great addition to macOS. If you’re travelling with your work laptop, this app is a must-download.

Although translation is great, there’s no beating the personal connection of talking to someone in their native tongue. If you want to learn a new language, you need Wokabulary. 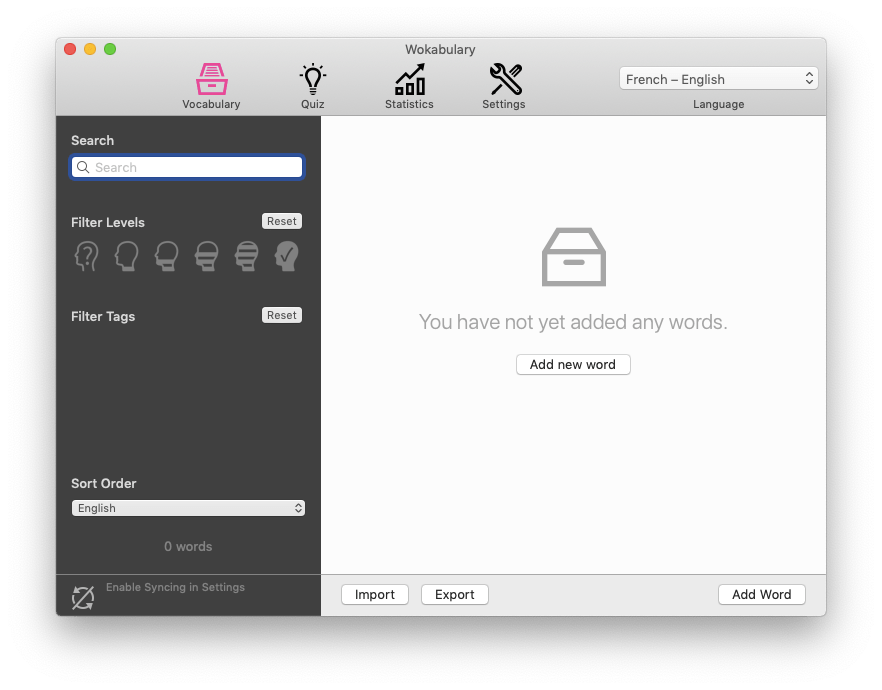 Flashcards are a traditional and effective way to learn vocabulary, where you write a word in one language on one side and its translation on the other, and quiz yourself until you know them all. It’s a proven strategy for learning languages, but making and keeping those cards is clunky and annoying.

Enter Wokabulary, a digital flashcard app that’s easy to use and flexible. Wokabulary comes with sets of quizzes that help you learn any language, and even lets you make your own tests and drills. Moreover, Wokabulary will track your stats to show you your progress and let you focus on weak spots in your vocab.

So many ways to communicate!

Google Translate is a powerful tool indeed, and following the above Google Translator tricks help you communicate with the world much more easily.

But there’s no substitution for being fluent — and planning a trip with both Mate Translate and Wokabulary under your arm guarantees you to have a fantastic experience.

Best of all, both these apps are available to you on a free trial from Setapp, an app subscription service with more than 150 useful tools that allow you to learn new skills every day. Where does the plane take you next?