VR is a big trend, again. Recent advances in VR development prove that mass-market VR is near. Experts say 2020 might actually be the time of virtual reality's breakout. Also, it seems like self-isolation has something to do with it.

In spring 2020, the COVID-19 quarantine forced the whole world into a lockdown. Like a dip in ice-cold water, it hurt. But it also helped us rethink the routine of work and the tools we use to connect with each other. The new reality of social distancing caused a huge spike in video conferencing, content streaming, gaming, and…VR? If you think about it, VR might be a great way to think outside the Zoom box. Instead of seeing your friends' or colleagues' faces in small squares on a screen, you could actually get everyone into one room.

Get rid of all the clutter and optimize your Mac’s performance. This will give you a VR experience you’ll enjoy. Give it a try!

Apparently, VR manufacturers and tech companies got the gist. On September 16, at their annual Connect event, Facebook announced the long-anticipated Oculus Quest 2. It’s a flagship VR headset uniting all of the Oculus VR hardware owned by Facebook. Rumor has it Apple is working on something in the domain of virtual reality, too.

In fact, lots of cool VR tech has been available for some time now. Whether you’re an avid VR believer or simply enjoy gaming, let's make sure you use the best tools available. In this article, we'll explore VR on Mac — from choosing the best VR headset to making your computer VR-ready.

How to set up VR on Mac

Up until the release of macOS High Sierra, virtual reality has been, well, a non-existent reality for Mac users. Apple computers have not been technologically equipped to support VR, just as any advanced video editing programs. But times have changed, and there's been huge progress VR-wise over the last three years. 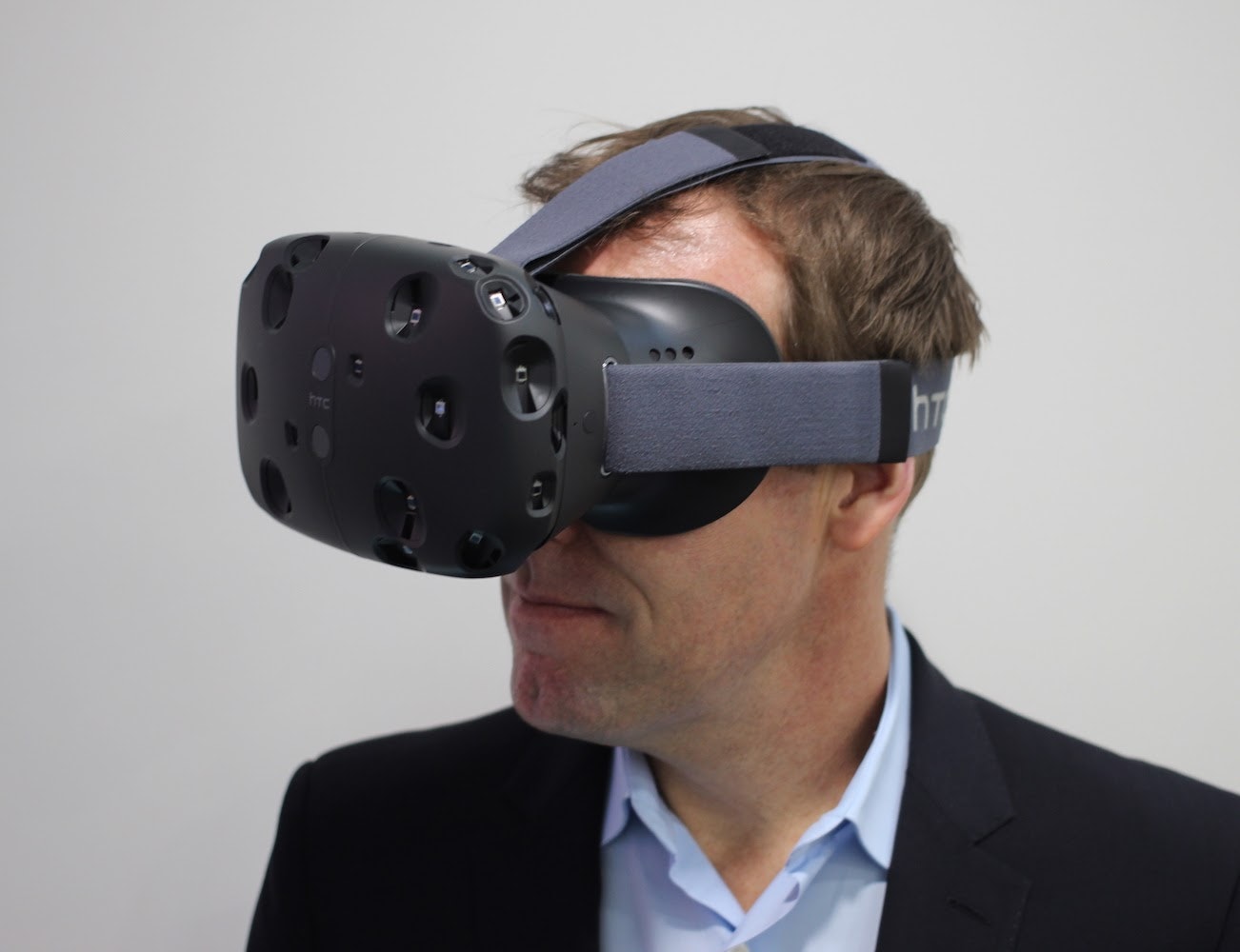 So what does it take to create the best VR setup for Mac? Apart from a good VR headset, three things:

Bottom line: If your Mac isn't older than 2015 + you get a good external graphics card and an eGPU enclosure, you're good to go.

Last piece of the puzzle, VR headset that's compatible with Mac. I would love to give you a huge list of options — but the truth is you can really use only one. HTC Vive is the only VR headset officially working on Mac. Poor tech specifications in macOS are the main reason why large VR manufacturers are primarily focused on PCs. This makes HTC Vive VR the only sustainable option. It's also the best VR headset for Steam, according to PCMag review, which is awesome news for gamers. Well, it WAS awesome news. 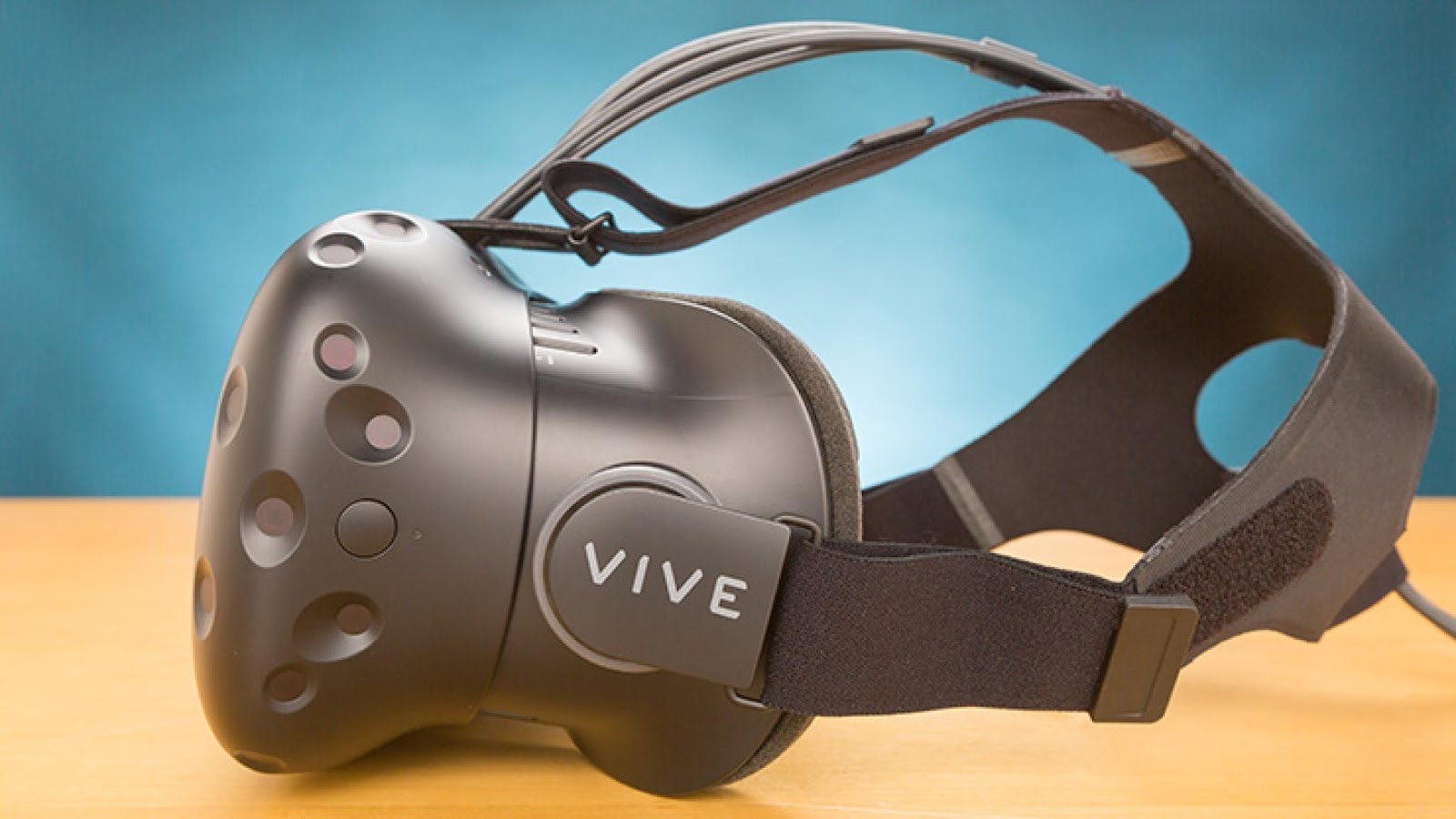 Until recently, SteamVR has been the only VR system Mac users could use for gaming, along with HTC Vive headset — but it seems like they are dropping support for macOS soon. So the future of HTC Vive games is pretty fuzzy.

If you consider getting a headset for Mac, there are two HTC Vive models you choose from — the basic one and Pro. The improved version was released in 2018 as an upgrade to the original HTC Vive. But is it really worth it? Let’s point out the main enhancements you’ll find in HTC Vive Pro:

Clearly, the newer version has some top-notch design and resolution perks — but note that it’s also considerably more expensive. The HTC Vive price is $719 on Amazon. It covers the full VR system, including the headset, controllers, base stations, and cables. The pro version will cost you $1199 for the full kit or $599 if you want to buy the headset only.

Are there HTC Vive alternatives for Mac?

Not really. Some users say you can make Oculus Rift work with Mac, which is another top-rated VR system. Technically, some recent MacBook Pro and iMac models seem to have the right specs, but the GPU performance is still no good for VR. Plus, Facebook recently announced they are retiring Rift S next year. This leaves you with HTC Vive VR headset for Mac, and a bit of hope Apple will produce an alternative, maybe.

Is it possible to use Facebook’s Oculus Quest 2 with Mac?

The newest Oculus Quest 2 headsets that will start shipping on October 13 are not officially compatible with macOS. However, it’s still a widely held opinion that Oculus Quest works with high-performing Macs. To make it work, you can run Windows on your Mac via Boot Camp — which many users say will work perfectly fine with Mac Pros that have solid video cards.

If your Mac has the required specs, you can try and use Oculus Quest 2 with a Mac. It has some major performance improvements compared to the older version. Please note it’s the first Oculus product that requires Facebook authorization via an account. The price of Facebook’s brand new VR headset starts from $299.

Are there HTC Vive alternatives for Mac?

Not really. Some users say you can make Oculus Rift work with Mac, which is another top-rated VR system. Technically, some recent MacBook Pro and iMac models seem to have the right specs, but the GPU performance is still no good for VR. Plus, the creators of Oculus Rift say they don’t intend to focus on macOS support for now. This leaves you with HTC Vive VR headset for Mac, and a bit of hope Apple will produce an alternative, maybe.

Apple VR headset: Is there hope?

Over the last couple of years, Apple has been very active interacting with AR/VR companies and acquiring related startups. The rumor has been around for some time, the company is working on its own Apple VR headset utilizing new processing chips — the so-called T288 project. Expected release: later this year. Again, Apple made no official announcements about this, but the community is hopeful.

Very possibly, we might even expect more than a native headset. On April 30, 2020, Valve announced they are dropping support for Macs. This is no surprise with only 4% of gamers using macOS. Plus, Valve has repeatedly mentioned even the latest MacBook Pros failed to meet SteamVR specification requirements. At the time of writing this post, there’s been no official response on Apple’s side. And many users assume this might mean only one thing — the company is going to release its native full-fledged VR very soon. So let’s stay tuned!

How to optimize your Mac for VR

All things considered, Macs and VR are not the best match — at least for now. This doesn’t mean you should give up on your favorite Apple computer only because it’s not the best choice for HTC Vive games. In fact, there are some great ways to bring these two closer together. By optimizing Mac’s performance for greater speed and low graphics card requirements, you definitely add some power. Think of it as biohacking for Mac gaming. No worries, we’re not gonna break anything.

Before diving into hacks, make sure you have a suitable hardware setup. Apart from Steam VR headset for gaming, you’ll also need two base stations for tracking the headset’s position and orientation, as well as a pair of Vive controllers. If you want a wireless VR headset, you’ll also need an adopter. The best choice would be to get the HTC Vive full kit instead of buying the headset separately.

Ready to roll? Let’s make the most out of your Mac’s performance.

Steam games are heavy — too heavy for an average hard drive. This means your Mac’s storage has to be prepared. You can go through your folders and clear away all the clutter and stuff you don’t really need. Two reasons why it’s not the best idea: 1) Some tricky file leftovers and old caches will remain undetectable; 2) You’ll literally spend hours on every thorough cleanup. Good news is you can avoid the pain with CleanMyMac X, the best Mac cleaner out there. The app will run a smart scan on your computer, inspecting every corner for hidden junk. Next thing you know — it’s all gone.

My personal favorite is CleanMyMac’s Uninstaller. The problem with naughty apps is they often leave traces on your Mac — lots of associated files that you can’t delete simply by moving the app into the Trash folder. In Uninstaller, you press a single button to free up every gigabyte you possibly can. Plus, you can bulk uninstall apps to speed up the process.

A good play takes one very basic condition. Top-notch streaming quality — which totally relies on your network connection. WiFi Explorer is a Mac utility that makes sure you don’t have to worry about it. The app works as a smart network analyzer that controls your WiFi while you stay focused on your work — or Steam games. The best thing is WiFi Explorer not only provides insights on the state of your network connection, it also helps troubleshoot it. That’s right, you can fix WiFi problems without any professional skills, simply by using WiFi Explorer’s built-in toolkit. 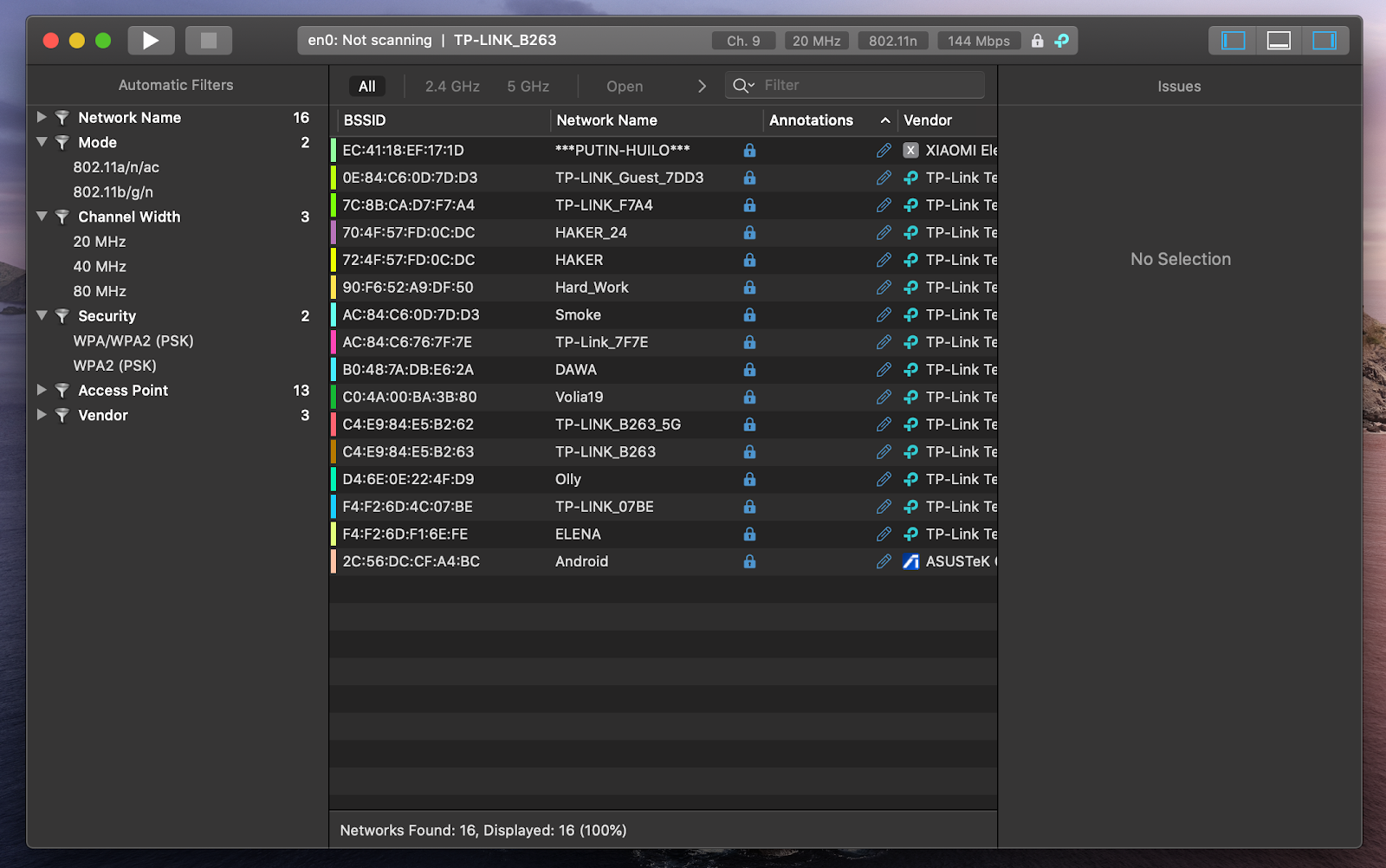 3. Keep your iStat Menus on the pulse

On your Mac’s pulse, to be accurate. iStat Menus is number three wonderful utility for VR fans, and pretty much anybody who wants to keep their Mac strong and fast. Working from the menu bar, iStat Menus monitors every aspect of Mac’s performance. From basic indicators like CPU load and battery life to the most advanced ones, including airflow and frames per second. With iStat Menus, you get to see disk usage and disk activity, which helps trace the real-time impact of certain processes on your Mac. It’s a perfect tool to make sure your Mac won’t get stuck or freeze while you’re playing. 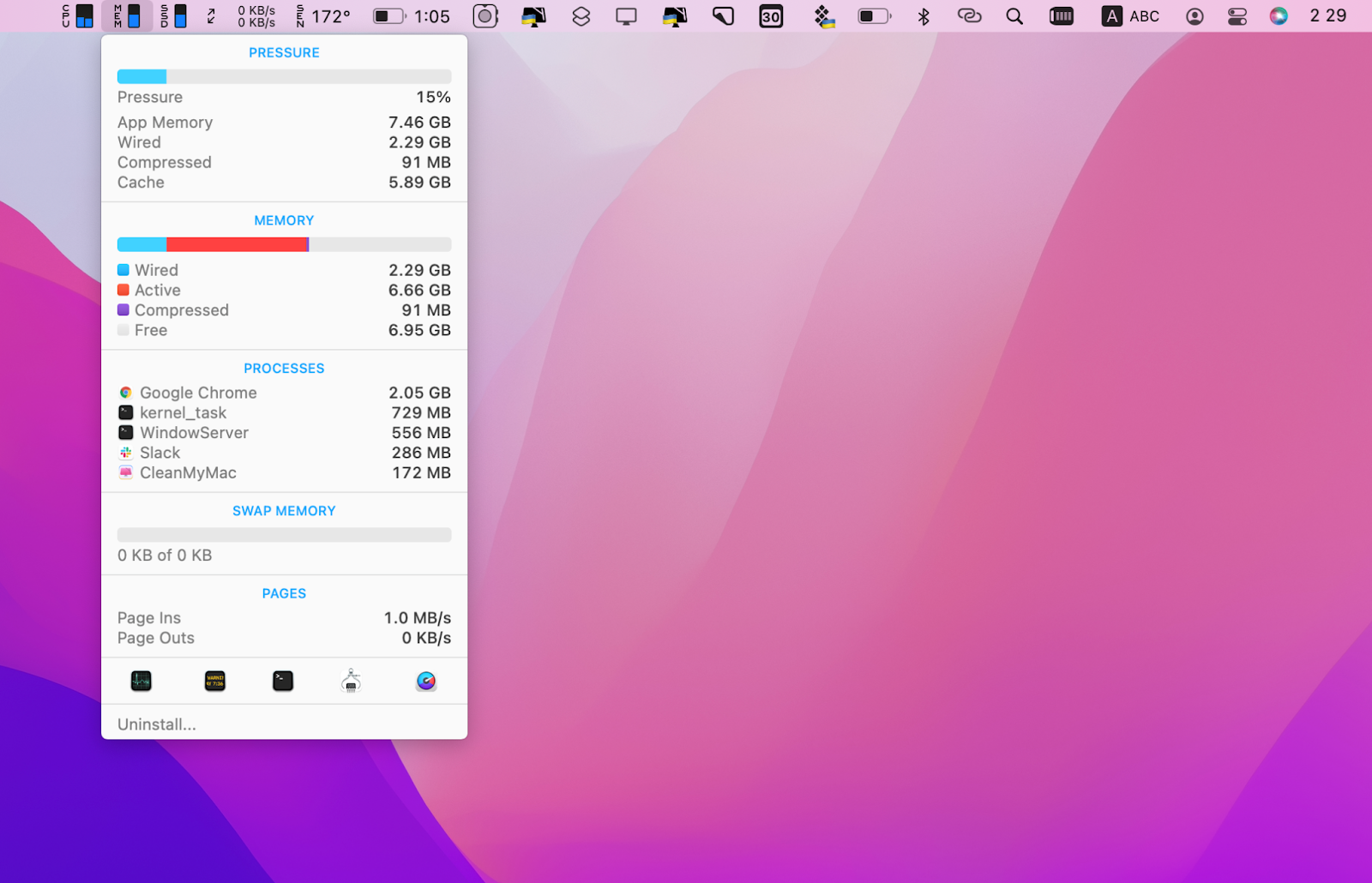 All three apps mentioned here are available with a free 7-day trial on Setapp. So you’re getting the entire strategic toolkit for Mac gaming in one installation. Nice bonus, 200+ best apps you can use for other jobs on Mac will arrive with Setapp, too. Hope these tips will make your virtual reality for Mac a better reality. Just make sure you don’t move there for good, we need you here.