Since the early days, Macs have never been associated with hardcore gaming, unlike their PC counterparts. Games for Mac were customarily more simple and none of the top games were even present on the platform for a long time.

Top games require top-level setups. But with Apple’s focus on beauty and simplicity of design, Macs have always been offered as turnkey solutions in few variations. That meant little wiggle room for all the customizations best Mac games required.

Meanwhile, the gaming industry skyrocketed, mainly on PCs, which made it easy for people to build powerful computers to take full advantage of all the latest games and then update those computers with even more processing power, RAM, and new video cards to keep up with the gaming evolution.

Macs eventually did catch up, or maybe games have reached a plateau of sorts, when most top computers’ power and graphics got good enough to run just about any new game, short of VR. Today, gaming on Mac is becoming increasingly more popular, and more developers are dedicating resources to producing new (as well as porting older) hit games for the operating system. Thus the iconic StarCraft II: Wings of Liberty was developed for both PC and Mac at the same time, while hugely popular Stardew Valley was ported to Mac at a later date. Steam games for Mac are also gaining popularity worldwide as the Steam platform continues to grow.

Set up your Mac for gaming

We know what your Mac clearly lacks. Games. Install Setapp and prepare your computer for a perfect gaming experience.

So if you have a Mac today and want to dive into the gaming world — it’s not that hard. All your Mac needs is just a little tweaking and optimization to make sure you can really enjoy the experience.

How To Optimize Mac For Gaming

When you start thinking how to play games on your Mac and about what you need to do to optimize your Mac so you can get maximum performance out of it, first of all, think about getting more space, freeing up memory, clearing up clutter, turning off unneeded features, and lowering your graphics card requirements. If none of those do the trick, you probably need another Mac, which we’ll also discuss.

Free up space for Mac games

Whether you’re getting Steam games for Mac or download one-off titles from the App Store, one thing is for sure — they take up lots of gigabytes on your hard drive. More than that, besides the actual size of the game, it’s also recommended that you keep at least 25 GB (and preferably more) of your hard drive free, as some of that space would be used while you play.

How do you free up so much space? Start by going through your Mac’s folders and see if there is something you truly haven’t used in a while. Check Movies, Music, and Pictures folders in your user Library — those tend to be quite heavy. Even if you can’t delete something, consider moving it to the cloud.

Then go to the Applications folder and check if you can purge an app or two there. Anything you haven’t used in a year is probably better deleted and reinstalled than kept occupying space on your disk. And, of course, don’t forget to delete games you no longer play.

This process may take a while, and in fact it’s quite hard to delete things off your drive completely, as various affiliated files are always clinging on and hiding in the most remote folders of your Mac. The good thing is you can use software to detect clutter and remove it completely, leaving you enough space for even the best Mac games.

To start, download a pro-level disk analyzer like Disk Drill. Besides its main purpose of recovering lost files and data, it’s a top utility for revealing what your disk space is consumed by. Simply use the “Clean up” tab to scan your disks and remove anything you don’t need anymore. 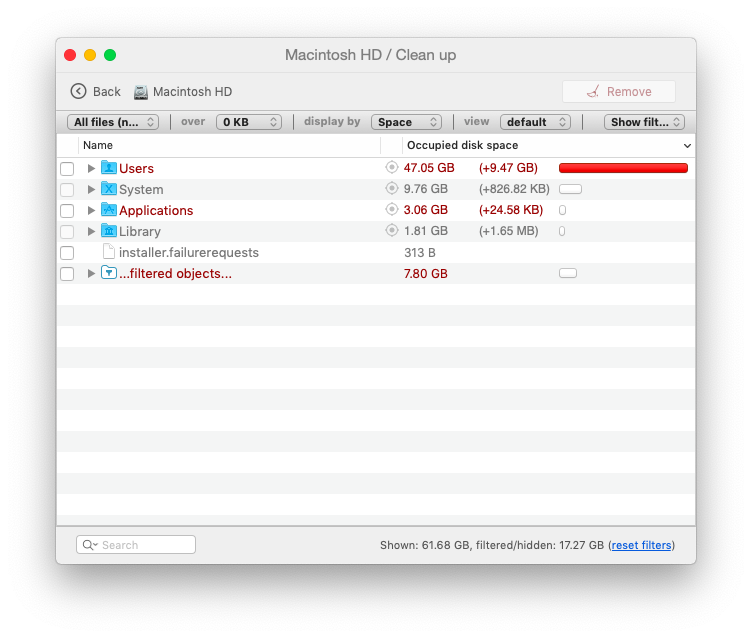 When it comes to uninstalling applications, solely removing the folder from Applications could potentially leave hundreds of associated files all over your hard drive. With an optimization utility like CleanMyMac X, you can use an Uninstaller scan and find everything that belongs to the application to delete it at once. 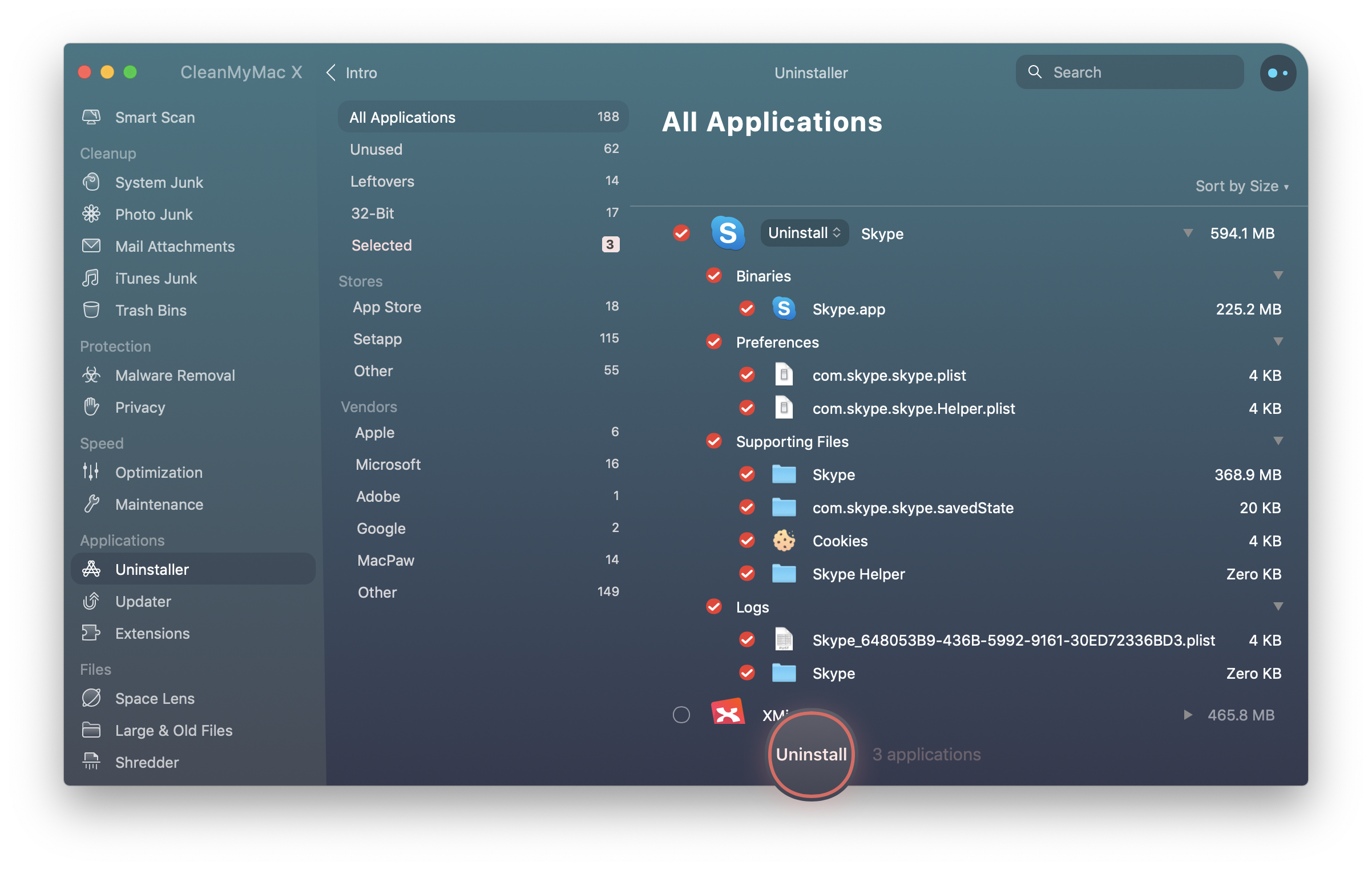 Keep an eye on your Mac’s performance

While having lots of free space will generally boost your Mac’s performance, it’s not the only contributing factor. For instance, RAM and CPU are just as important. And once you hear the overheating fans, you really need to take a look at how your processing power is being consumed.

Built into your Mac is a useful utility called Activity Monitor. Launch it from your Applications folder to scroll through tabs like CPU, Memory (RAM), Energy, etc. Activity Monitor shows all the active tasks consuming your Mac’s resources and allows to terminate those tasks right from the app as well. 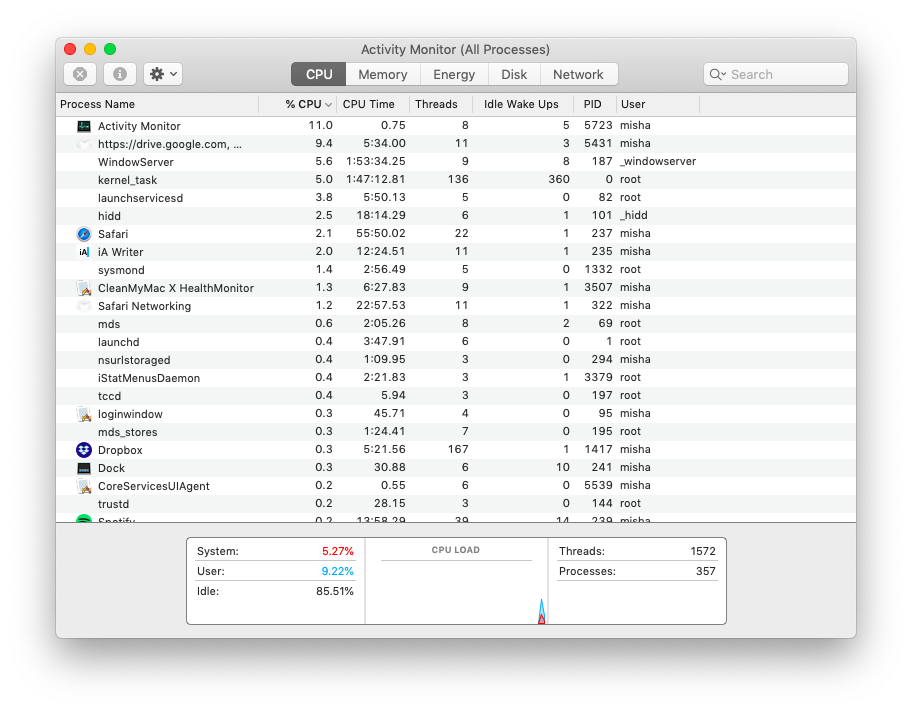 But in most cases, CPU, RAM, and energy levels won’t give you a complete picture of what’s really happening with your computer. That’s where you need to use a top-tier utility like iStat Menus, which in addition to all the above shows air flow, network usage, frames per second, and much more. It also lives in your menu bar, making it easy to monitor your Mac continuously. 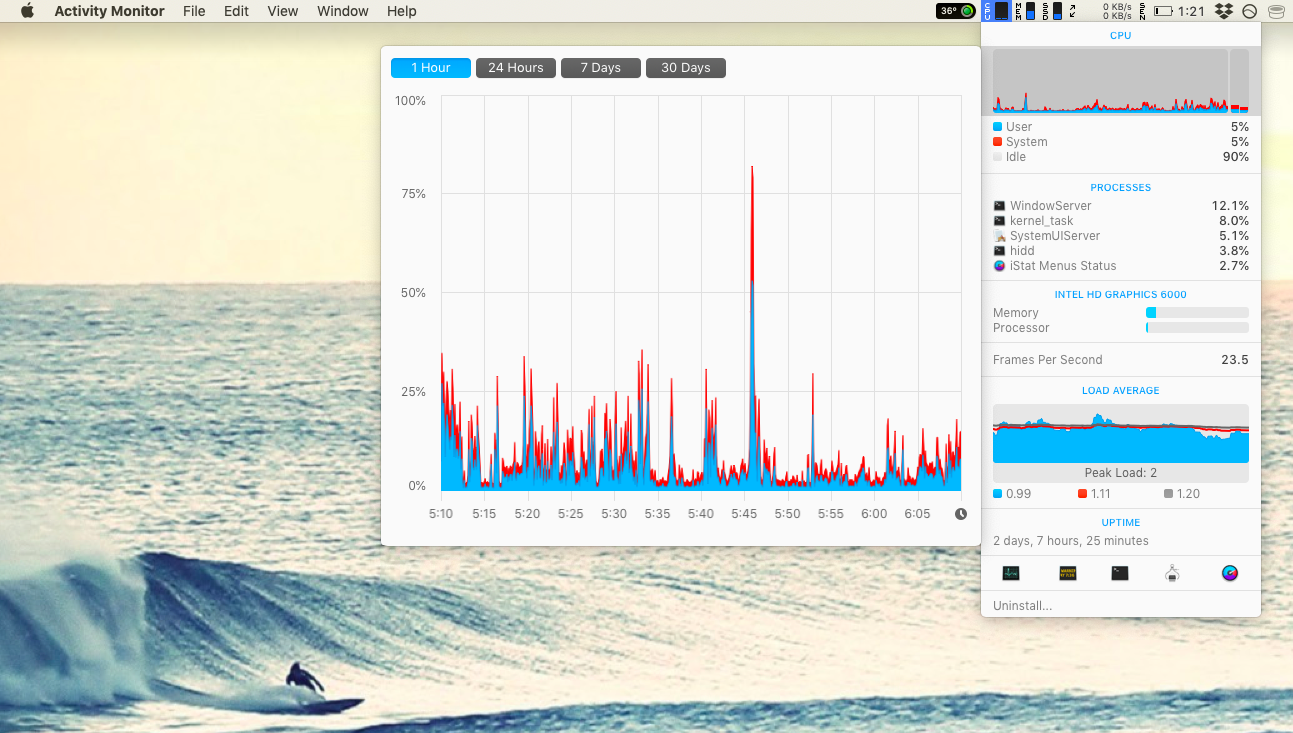 So what do you do when you spot your Mac performing worse than it should? How do you improve the speed and make your Mac feel brand new?

The best way to increase your Mac’s performance is to regularly (e.g. once a month) use high-quality software devised for that purpose. CleanMyMac X here is a leading program that boasts millions of users worldwide, mostly due to its simple one-click improvements. Through various scans, from speed optimization to mail attachment removal, you can resolve problems exactly where they come up. 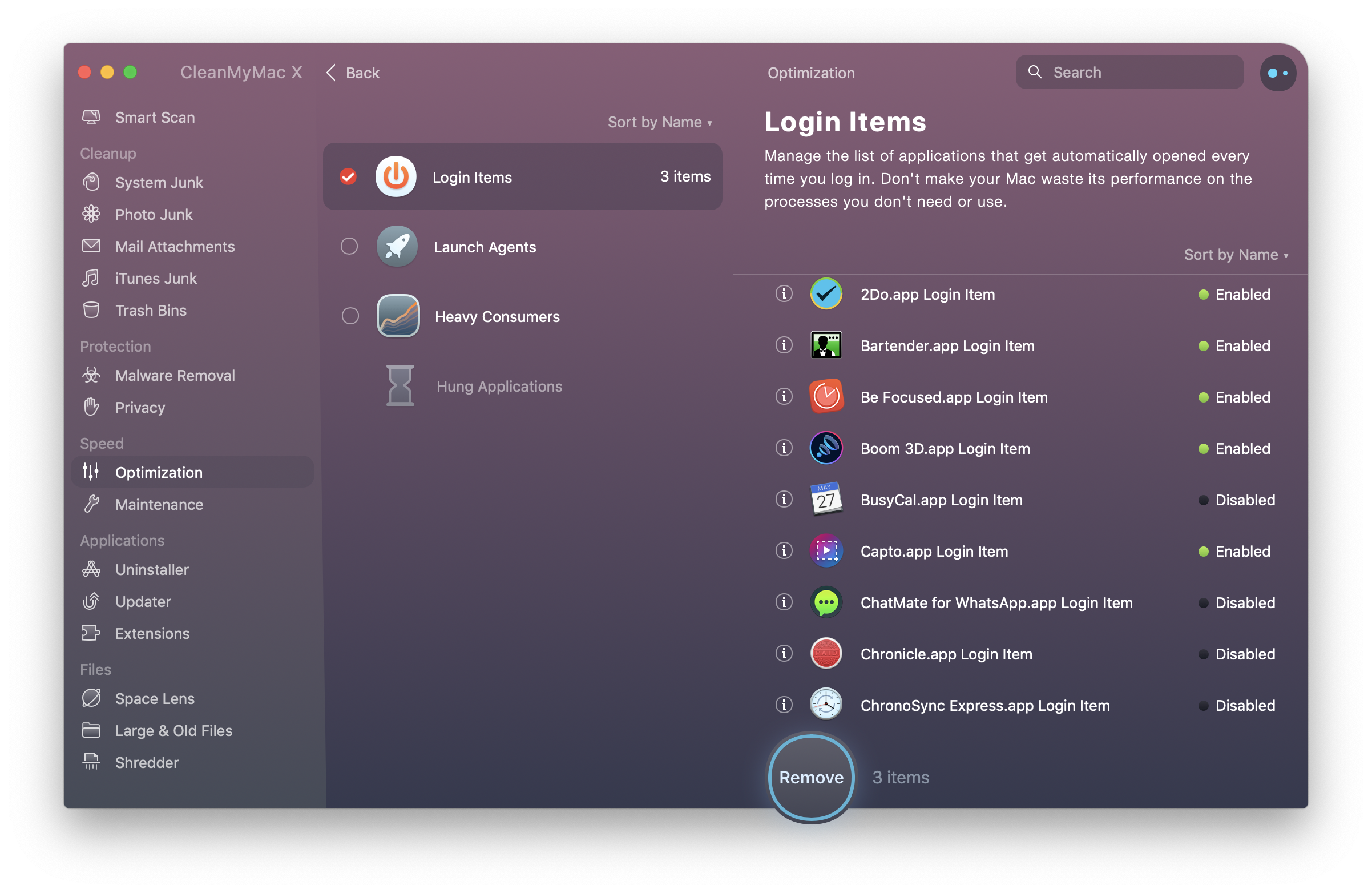 Anytime you use CleanMyMac X, it would take your computer 95% there in terms of its capabilities. To achieve the final 5%, there are a few more things you can optimize with some manual work.

For example, if you don’t find Notification Center useful at all, you can turn it off and save the power your Mac uses to keep it running in the background. Unfortunately, macOS doesn’t give you a way to turn it off in the settings, so you need to use Terminal: 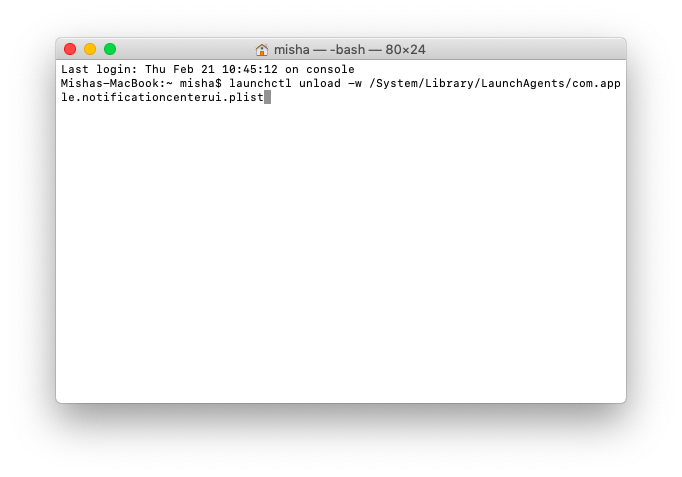 Likewise, you can disable the Dashboard utility if you don’t use it often: 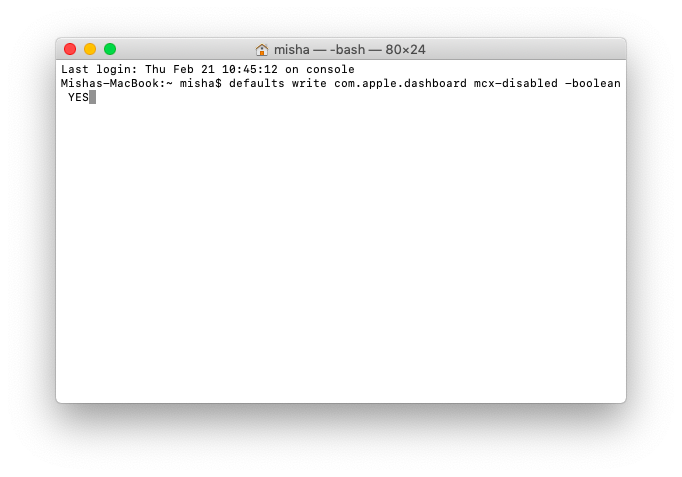 If you think through every process running on your system, you can probably come up with more functions that you don’t need. However, Dashboard and Notification Center are probably the most common once people want to see gone.

Finally, when you’re playing a game, check if you can lower the strain on your graphics card in its settings. Frequently you can change the resolution, level of details, and shadows to increase processing speed. To get a little extra game booster for Mac, try playing a game in an app window rather than full screen.

Choose the best Mac for gaming

If you had the most powerful computer available, no game would be a problem. And truth be told, PCs are easier in the sense that you get a box to fill up with everything you need and reshuffle the parts with ease. When it comes to Macs, parts are difficult to change, and most of the time you have to decide on what you need right away.

So how do you not make a mistake? What is the best Mac for gaming?

The two most important Mac components to games are processor and video card. While processing power is fairly straightforward — the more the better (with Macs you also have to note the Turbo Boost each model can provide) — video cards have always been somewhat tricky.

Video cards can be discrete or integrate. The former are faster but independent from the processor. The latter are part of the system and able to use available processing power. That’s generally what you want here.

There are currently three integrated video cards available on Macs: Intel HD Graphics 5000, Intel Iris Graphics, Intel Iris Pro Graphics. So any computers featuring these are more or less suitable for gaming. Just remember to opt in for the highest CPU you can afford. Generally, this means selecting from such models as:

Laptops of 13 inches and smaller are significantly less powerful and thus not recommended for serious gaming on Mac. And if you choose to employ your 15-inch MacBook Pro, keep in mind that games for Mac are the greediest when it comes to energy consumption.

You can try all sorts of manual hacks to increase your battery life, from dimming your screen to quitting apps to turning off WiFi. But for a seamless way to make your battery last you up to 20% longer on every charge, use an automatic app like Endurance, which takes advantage of all ways to prolong your gaming on Mac and balances battery life and CPU at the same time. 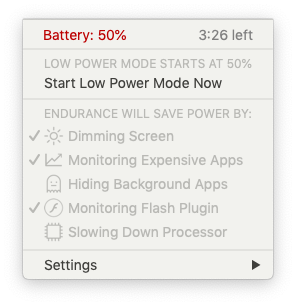 Following recommendations above will ensure that your computer is 100% prepared to face the best Mac games out there. Sure, you can perform a few tweaks manually, but nothing will compare to using specialized software to get your Mac to its top shape! Best of all, apps mentioned here are all available for a free trial through Setapp, a platform of over 150 best-in-class Mac utilities and tools designed to elevate your everyday experience. Now you’re ready to buy all those Mac games!