A common perception is that any slow-running computer should be defragmented. Disk defragmentation can help a computer operate smoothly, that’s certain, but should we still be doing this?

Defragmentation is a relic of older computing paradigms, and memory management. Modern systems do a much better job of defragmenting file storage and memory on their own without your interference. Still, there are times you should intervene.

We’ll walk you through how to defrag a Mac, let you know if you even can you defrag a Mac, and discuss disc defragmenter Mac computers may find useful as well as some alternatives that are likely more suitable to your needs.

What is disk defragmentation

Back in the day of tall PC towers and hard drives you could hear spinning inside those boxes, disk defragmentation was a critical component of keeping a computer operational and healthy. When a computer stores files, it places them wherever it has room on it drive.

If you had a program that needed access to ten different files, the logical step would be to store them right next to each other so the computer could find them quickly. But over time, deleting a file here or there meant random areas of space where computers could store those files. Rather than keeping associated files together, the computer may have them scattered throughout the file system.

This meant computers found files slowly, and the entire system would in turn run slowly. Defragmenting gave the computer time and license to find associated files and reorganize the file system to keep them together.

Disk defragmentation is likely not necessary for modern Macs. You may want to defrag Mac devices, but unless it’s running an older version of OS X, the system should take care of disk fragmentation on its own.

When Macs need to be defragged

A packed file storage is likely the more pressing issue for your Mac. Even if its system is organized properly, the more files your Mac has to poke through to find what it’s looking for, the slower it will be! It can be onerous to defrag Mac hard drive, even when it’s not packed.

That’s why Get Backup Pro is so useful. Most of us simply save files and folders, download movies or files, and tuck it all away in our ‘Documents’ folder without ever thinking those files or how our system is organized ever again. Get Backup Pro lets you backup all of your files – or select folders – to an external device for safekeeping. Instead of letting your Mac get cluttered with stuff, you can back it up automatically, then delete what’s on your Mac!

Get Backup Pro can be automated, and keeps files in sync on your Mac. 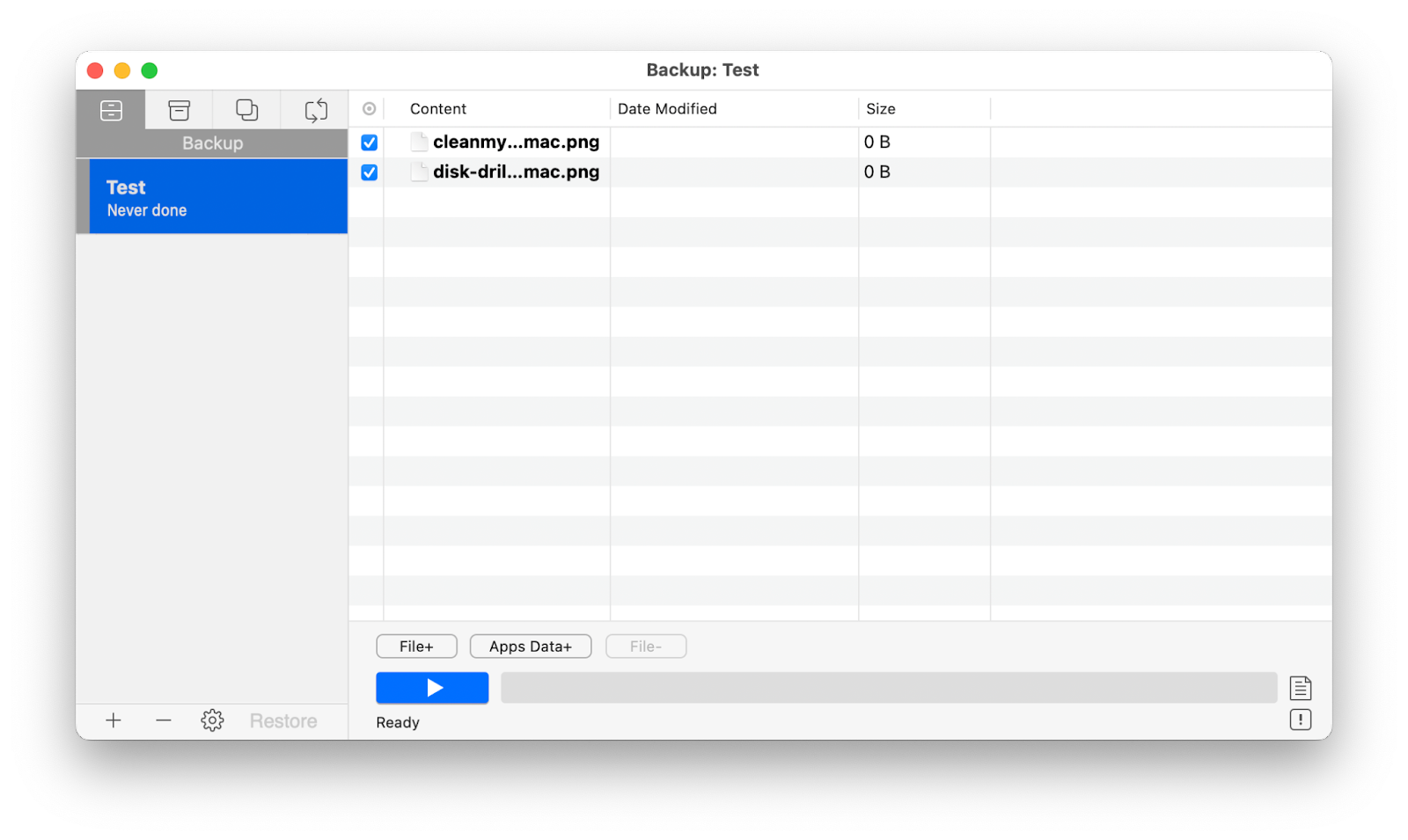 How to defragment a Mac?

You’d think defragging MacBook Pros and other Macs would be simple, but it’s not. Apple offers no setting or utility for it, and modern Macs won’t take well to third-party defragmentation apps. You can go this route if you like, but be sure to use Get Backup Pro to create a full backup of your Mac before you start tinkering with the file system.

Will defragmentation harm HDD or SSD?

Let’s discuss these two systems separately, as they operate uniquely, and have different responses to Mac defrag options available to you.

HDD: Defragging MacBook or Mac computers won’t harm an HDD, though proceed with caution. HDDs are spinning drives, and can benefit form defragmentation, but you should first identify if your Mac is using an HDD drive.

SSD: SSDs, or Solid State Drives, do not need fragmentation. A few years ago, Apple began using SSDs by default for Macs, so always double-check before proceeding with a defrag for Macs. SSDs maintain the filesystem automatically, and do not store files in the same way as HDDs. Defragging an SSD can severely harm your computer.

Sometimes, files seem lost, but they’re simply misplaced. Defragging can do this, but so can Apple’s automated file system management. This is why we advise creating routine backups, and where Disk Drill comes in really handy.

Disk Drill finds lost files on your Mac or external drives with ease, allowing you to quickly discover and use files you thought were gone forever. It’s simple, fast, and lets you analyze your Mac’s free space so you know exactly how much space you really have on your Mac! 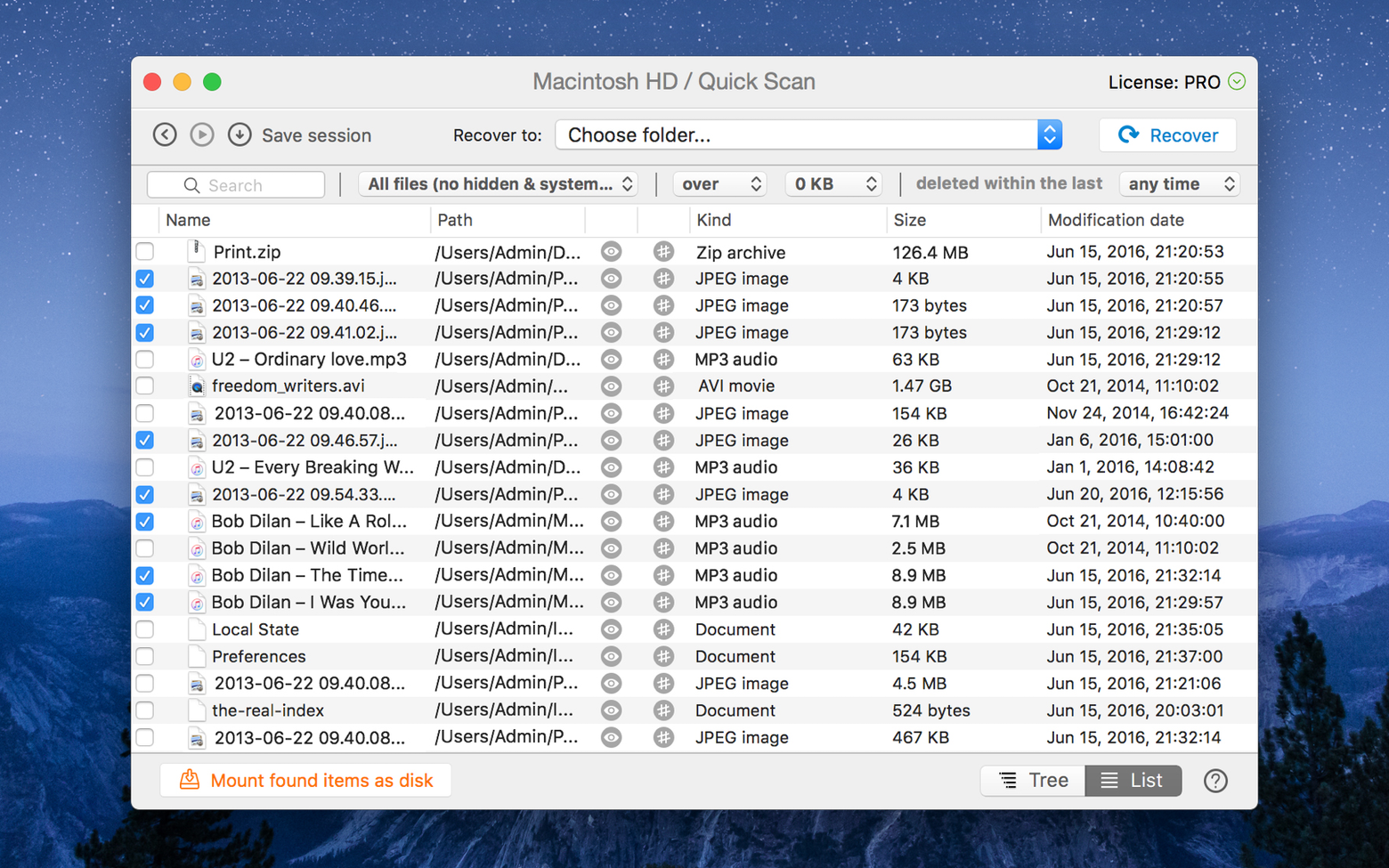 Are there any alternatives to defragging?

Within your Mac’s Disk Utility service, you can choose to repair disk permissions. This resets which apps are able to read, write, and execute files. It’s sort of like pressing ‘reset’ on how your filesystem works with apps and services.

A better way to go about repairing how your Mac works with apps and services for saving, storing, and accessing files is with CleanMyMac X. Though it does a lot more than just repair your filesystem, CleanMyMac X has a function for repairing disk permissions in its “Maintenance” section. You can choose to rum the entirety of the Maintenance services, or choose “Repair Disk Permissions,” which repairs broken file and folder permissions without resetting your whole system’s permissions. 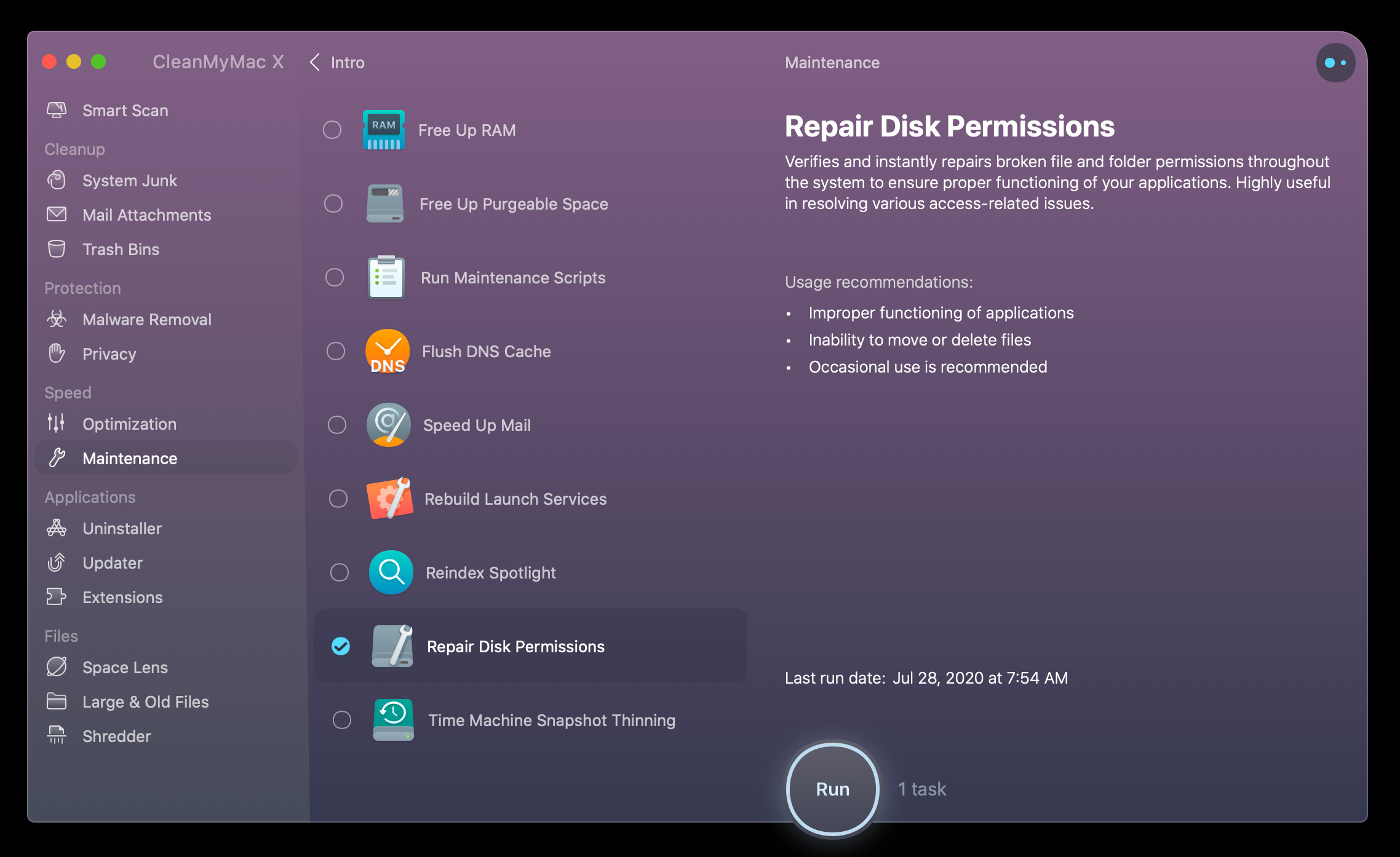 How to keep your Mac in good shape?

Maintaining your Mac is mostly about monitoring and being proactive. iStat Menus is one of the best apps for keeping tabs on your Mac, and lives in the menu bar so you have access to it all the time. iStat Menus monitors everything from CPU usage to storage capacity, and keeps tabs on your network performance, battery, app performance, sensors, processes, and load balancing. It can even tell you the weather! 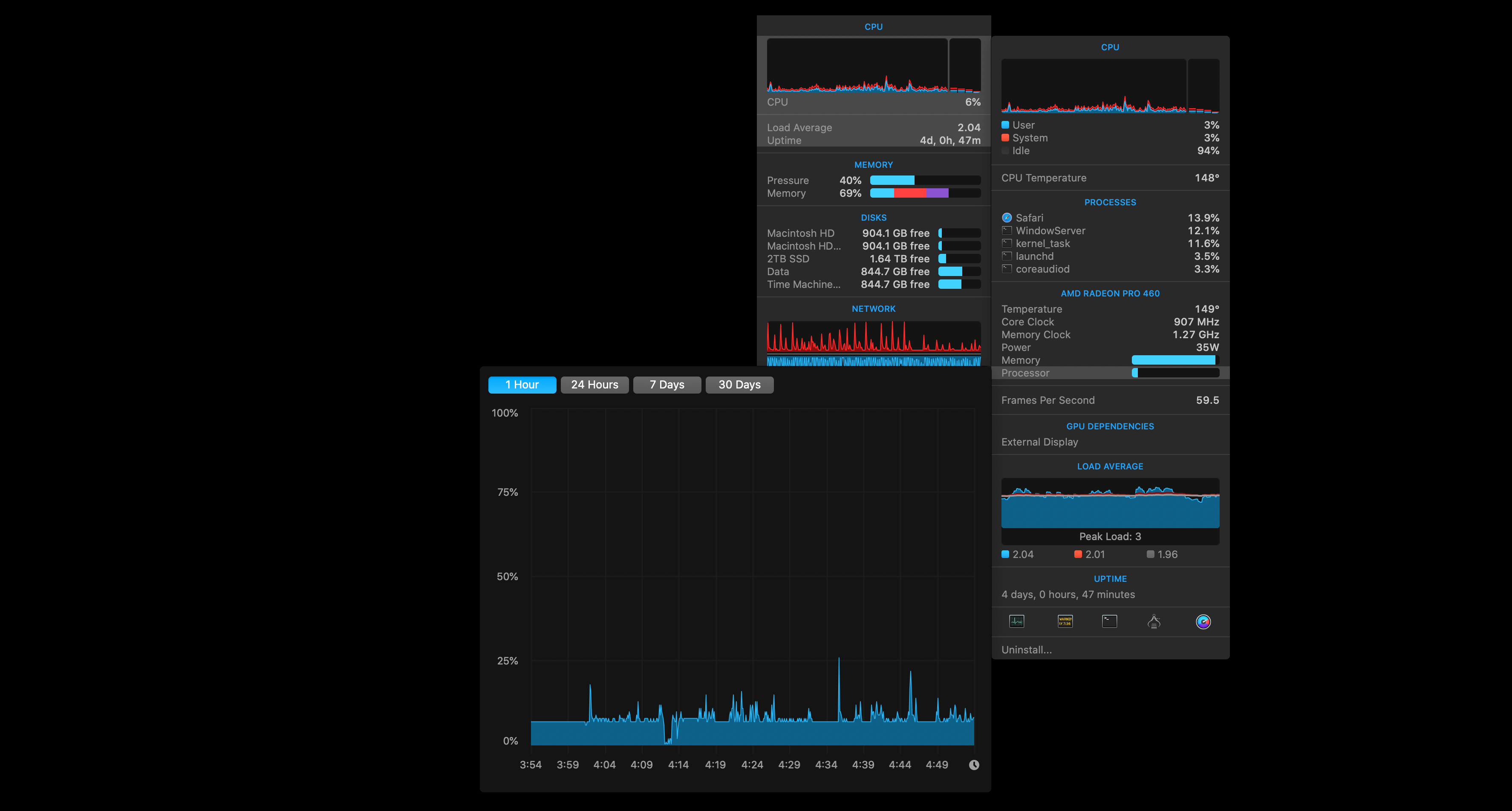 The aforementioned CleanMyMac X can alert you on a scheduled basis to clean your Mac up, and has a really simple Smart Scan feature that tidies up the simple things that can leave your Mac operating slowly. There are also other sections for speed optimization, malware removal, updating or uninstalling apps, deleting large or old files, shredding files forever, and a privacy checkup. 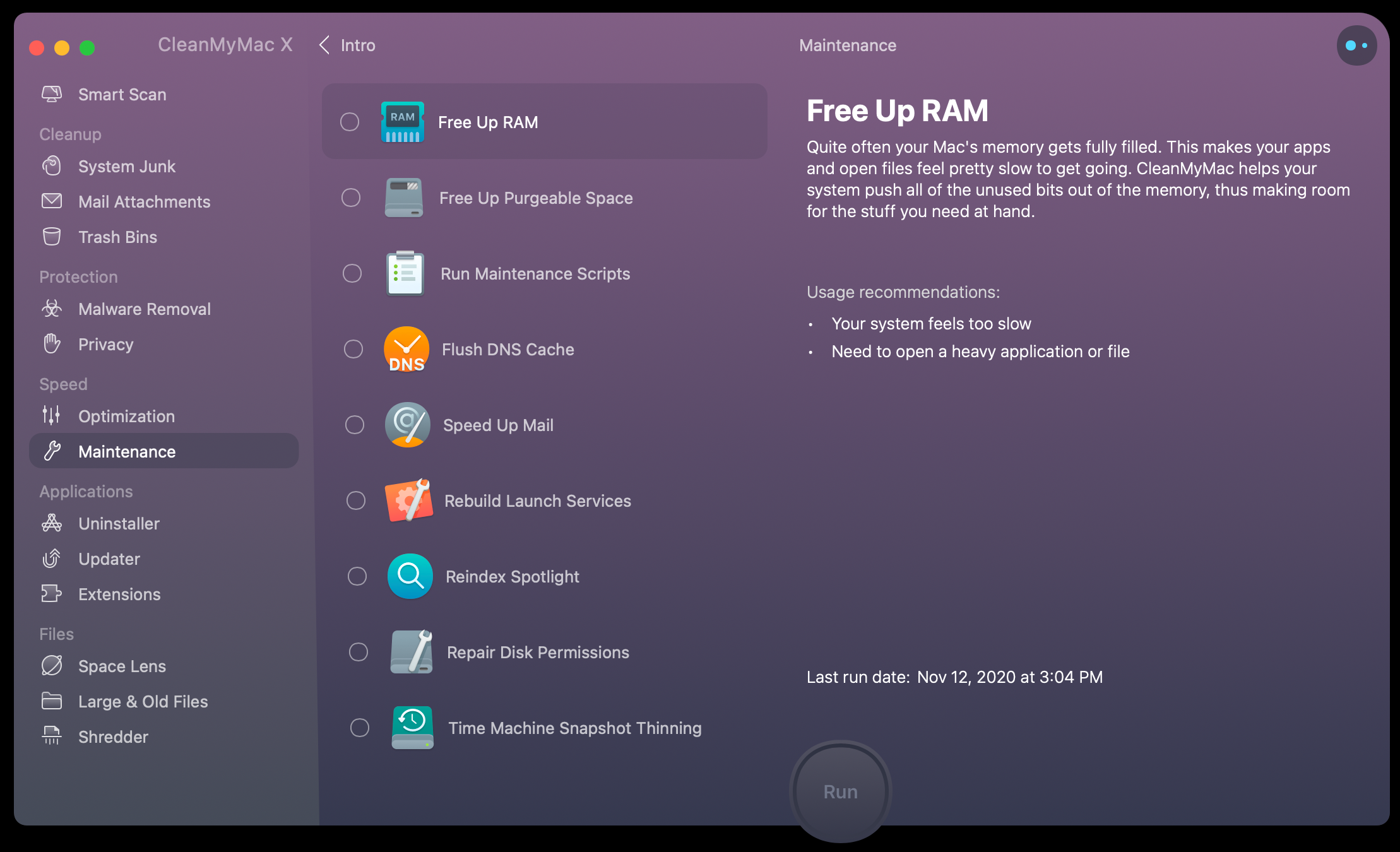 ChronoSync Express keeps files and folders synced across multiple Macs, and you have the option to sync an entire filesystem, or select files and folders. It also syncs email or system notifications so you don’t have to set them uniquely each time. 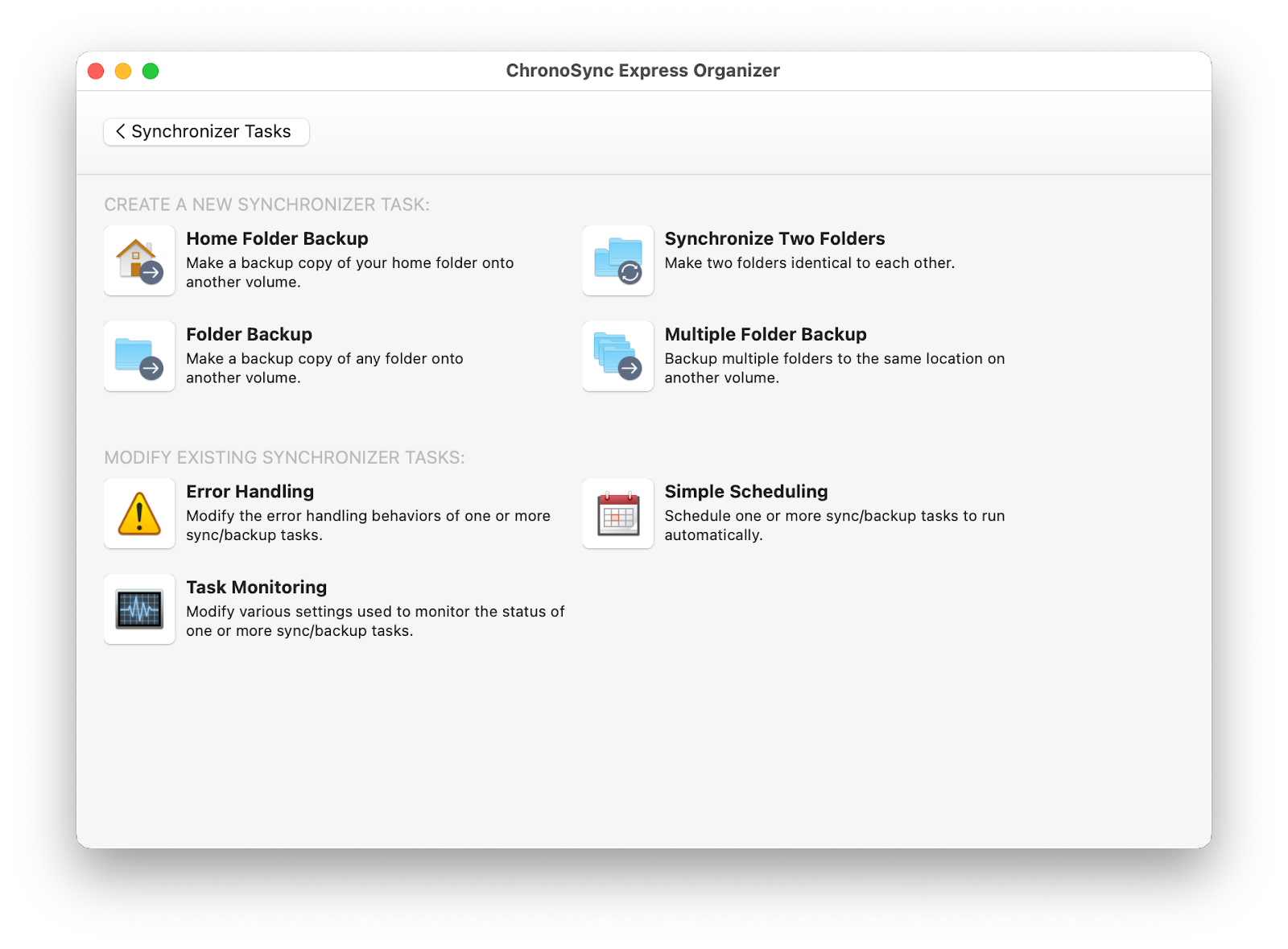 Defragging a Mac isn’t always necessary, or recommended. Sometimes it’s not even possible! Modern Mac devices do a sensational job of keeping your filesystem tidied up, and default to syncing via iCloud if you have that set up on your Apple ID.

But monitoring and maintaining a healthy filesystem is still important, and your Mac can’t do it for you. Apps like ChronoSync Express and Get Backup Pro help you sync and back files up better than anything else out there, while an app like Disk Drill can help you recover misplaced files you thought were lost forever.

Those three apps combined with iStat Menus and CleanMyMac X help you keep your Mac running at its peak performance level. The ability to monitor and maintain your Mac has never been better or easier!

Best of all, all five apps – iStat Menus, ChronoSync Express, Disk Drill, Get Backup Pro, and CleanMyMac X – are available for free during a seven day trial of Setapp, the best suite of productivity apps you can have for your Mac. In addition to these five apps, you’ll get immediate and unlimited access to the full Setapp suite of nearly 200 apps.

When the trial is finished, retaining access to Setapp is only $9.99 per month – a massive bargain for these five apps, let alone nearly 200 more! Why wait? Give Setapp a try today!