If you’re switching from Windows to Mac, the Alt Key is something you’ll miss a lot. Since you’ll probably use this key often, it’s important to know how it works if you want to get the most out of your Mac. So where is the Alt button on Mac, and what can you use it for? 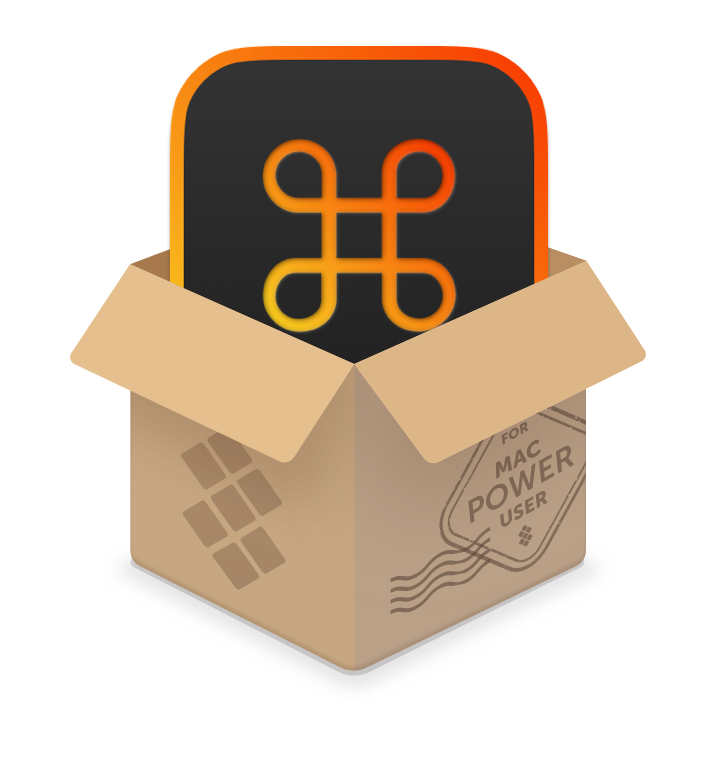 Your keyboard can do more!

Get Keysmith for setting up custom keyboard shortcuts and macros on your Mac.

Depending on what kind of Mac computer or Apple keyboard you have, the Alt key might not be easy to find at first.

Some keyboards have the ⌥ key instead of Alt. Others have a button called ‘Option.’ Or you can even see a combination of the ⌥ key and ‘Option’ on the same button.

Where is the Alt key on Mac?

The Alt Key is the third key from the left on a Mac keyboard. If you press the key by itself, it won’t do anything because it can’t run a system command. But when you use it with other keys, you can quickly get to special characters and functions that are normally hidden. We’ll get back to these functions later.

Interesting fact: your Mac has two Alt Keys. The second one is also on the last row of keys on a Mac keyboard, but it’s on the right side this time. Both Alt Keys do the same thing, and having them in two places makes it easier to use shortcuts.

Tip: Switching from Windows to macOS? Install a must-have app on your Mac to keep it in great shape. CleanMyMac X will help you maintain your Mac’s speed by removing junk and temporary files that could slow it down.

Main function of an Alt Key on Mac

On a Mac, the Alt (Option) key is used for many important things. In fact, the Mac Alt key has a lot more responsibility than the Alt key on a PC.

You can use it to type symbols and accent marks like å, ß, ∂ and µ.

Option or Alt key on Mac is also used in many really handy keyboard shortcuts. Combining the Option key with the Command key will enhance the standard option, so, for instance, Command + Option + Shift + S will bring up the Save As option.

On some Macs, you can also enter Internet Recovery mode by pressing Option/Alt + Command + R.

And if your Mac has a second volume or you’re running macOS from an external drive, you’ll need to press Option/Alt at startup to get to this volume.

Tip: Using lots of keyboard commands when typing? Let Rocket Typist do some work for you, so you don’t have to remember all the shortcuts. The app allows you to save text snippets and then paste them into any document when needed.

You can select the saved phrases from a drop-down menu, or you can have them show automatically when you write an abbreviation. Or, for example, if you need to insert a date and time in your email, you can add a placeholder for the date and time. Then, when you expand that snippet, the current date and time are filled in just the way you want. 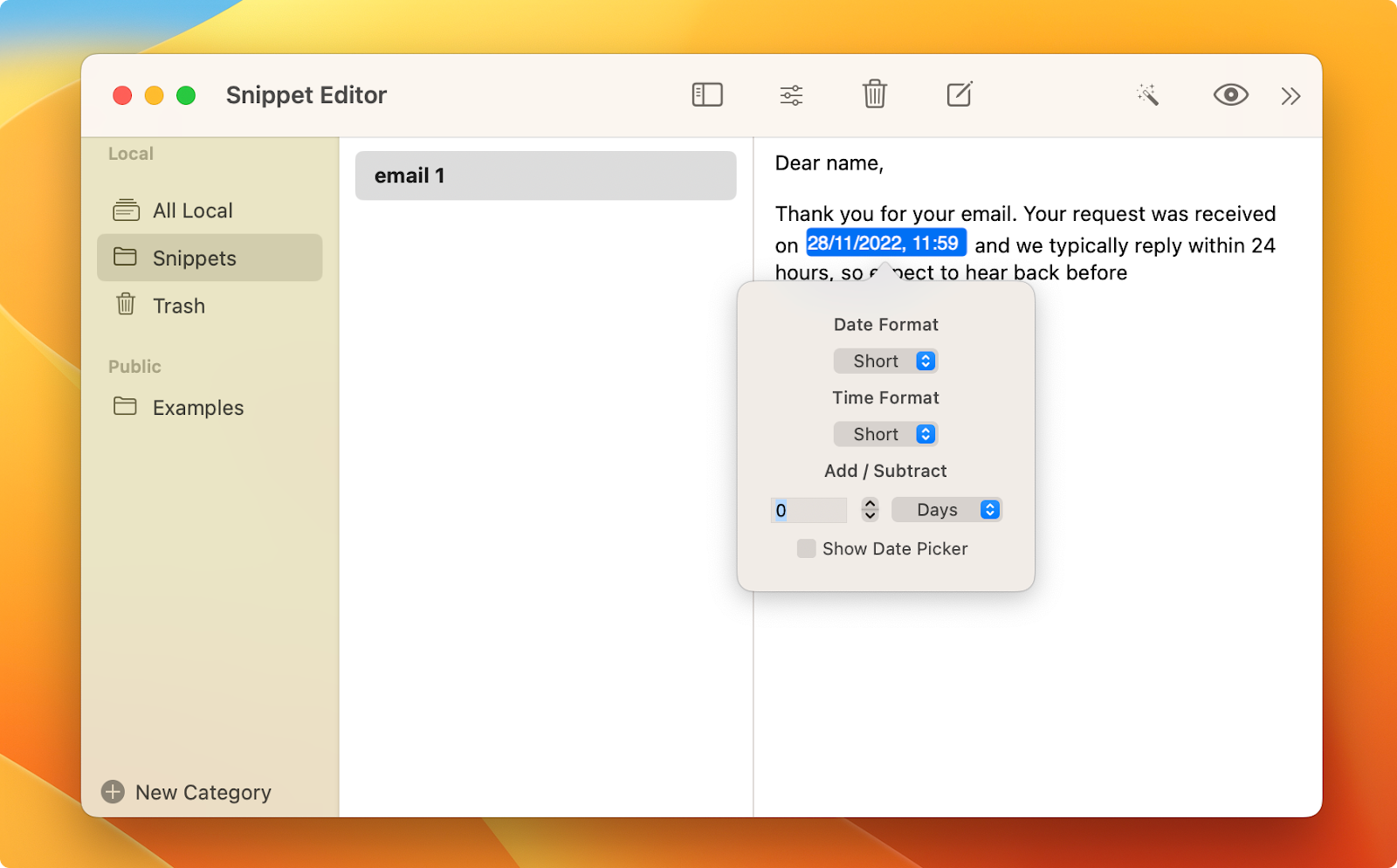 Common shortcuts with an Alt Key

As we’ve already mentioned, when you press the Option key along with any other key, a set of functions will be executed. For example, if you press Option + L, the Downloads folder will open. Want to know more?

Here’s a list of some common Alt on Mac keyboard shortcuts:

Tip: If apps frequently become unresponsive or begin hogging processor cycles, iStat Menus can help you determine what’s causing the issue. It’ll display which apps are consuming the most CPU cycles. In fact, iStat Menus is a more advanced version of Activity Monitor that provides extensive information on the CPU, GPU, disk activity, temperature, and other factors.

Now, let’s get back to the Alt key Mac shortcuts. If you don’t want to memorize all of them or haven’t found one that works for you, you can make your own!

If you use shortcuts a lot, you might like Keysmith. You can save time with this tool because it lets you record your mouse and keyboard movements and turn them into shortcuts for your Mac. After assigning a hotkey to the shortcut you made, you can press the hotkey and watch Keysmith do all the typing, clicking, and browsing. Just like you did, but much faster. 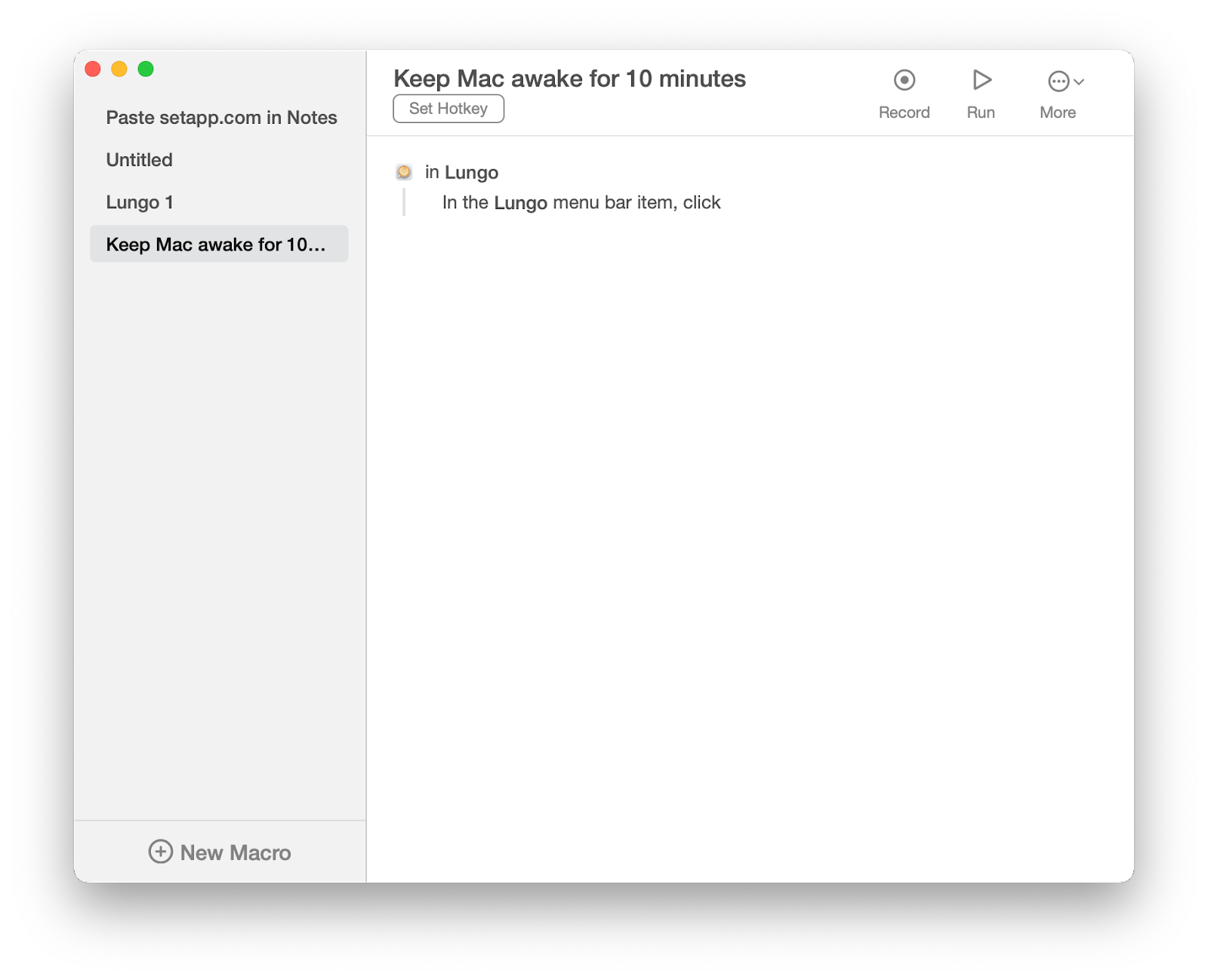 This article gave you an answer to the “Where is Alt on Mac?” question. Now, you can speed up your workflow. But if you want to become even more productive, Keysmith and RocketTypist are available on Setapp with a 7-day free trial – so you can master keyboard tricks right now.

Setapp is a platform that helps you solve tasks with Mac, iPhone, and web apps (currently, there are 240+ tools in the collection). By the way, other apps we’ve mentioned in this article (CleanMyMac X, QuitAll, and iStat Menus) are part of Setapp too. No need to pay for each app separately. Get instant access to a collection of stellar apps for every need at $9.99 per month.

How to use the Alt button on Mac Terminal?

In macOS Terminal, the Alt key doesn’t work by default. However, there’s an easy way to solve this problem:

Open Terminal and go to Terminal in the menu bar > Settings… > Profiles > Keyboard. Then

check ‘Use option as meta key’ at the bottom, and you’re good to go.

What is Alt button on Mac for Photoshop?

If you’re a Windows Photoshop user switching to Mac, you probably got used to the ability to access the top menu (File, Edit, etc.) by pressing the Alt key and navigating it using only keyboard shortcuts. Can you do the same on a Mac? Yes, use Option + Down Arrow.

What is the Control Alt Delete button on a Mac?

On a Mac, you can use a keyboard shortcut similar to Control + Alt + Delete to force an app or program to close. This is Command + Option + Esc. Keep in mind that force quitting a program can erase any unsaved changes, so do it with caution or use the QuitAll app to force quit apps without losing any unsaved changes.