For Mac users, virtual machines (VM) are important when there’s a need for Windows or Linux to run on the desktop. Developers will often use a Mac VM to run an older version of macOS for testing software. Whatever the need, a good virtual machine for Mac can be just what you need to stay productive.

What is a Virtual Machine?

A virtual machine on Mac is best understood when breaking the term down. ‘Virtual’ means it’s not really there, and ‘machine’ relates to the computer itself. So a virtual machine for your Mac is like having another computer – except there’s no hardware.

Why run Windows on the Mac?

Sure, Macs have the full Office 365 suite, so running Windows on a Mac won’t appeal to everyone. But there are times you may need features Microsoft didn’t bundle into the Mac version of its apps.

A macOS or mac OS X virtual machine allow you to quickly boot up a windows environment and get the full complement of tooling available for Office 365, including an Access database macOS doesn’t have. Windows also has many third-party apps macOS doesn’t, and PC gaming is just far better than macOS gaming!

Safety goes first. Get Setapp, a collection of apps to back up data and secure your Mac when running virtual machine.

Virtualization is the method for booting up virtual machines on your Mac without Apple oversight. Apple Boot Camp is a built-in feature older Macs have for booting straight into Windows.

Boot Camp is handy for those who need Windows, but Apple controls this environment. Currently, Boot Camp only boots to Windows 10, and only on certain Macs.

Virtualization taps into a virtual machine hosted on a server, and you can open and run any Windows, Linux, or macOS variant you like in a secure environment on your desktop.

Parallels is the best choice for all Mac users who need virtualization. It’s affordable, only costing $19.99 per year for a single user, and has options to run desktop apps on mobile devices. If you’ve ever been frustrated with Office 365 apps native to iPhone, Parallels is a great option for that reason alone.

But Parallels doesn’t stop there. It also taps deeper into Apple Metal 2 than other virtualization services, which is excellent if you need to run intense graphical apps on your Mac, like CAD or other design software. Because Parallels supports Metal, PC games requiring DirectX (and there are plenty) run a lot better on your Mac.

Parallels is also macOS Big Sur-ready and supports Sidecar for a dual-screen environment.

We like Parallels because it’s a no-nonsense approach to virtualization that doesn’t compromise. You can run any app without fear of support, and its mobile support is great for iPad users. Use of Metal creates a seamless environment for apps leaning into your GPU; other services not using Metal can create lag, or worse, on the very same apps running on your Mac. 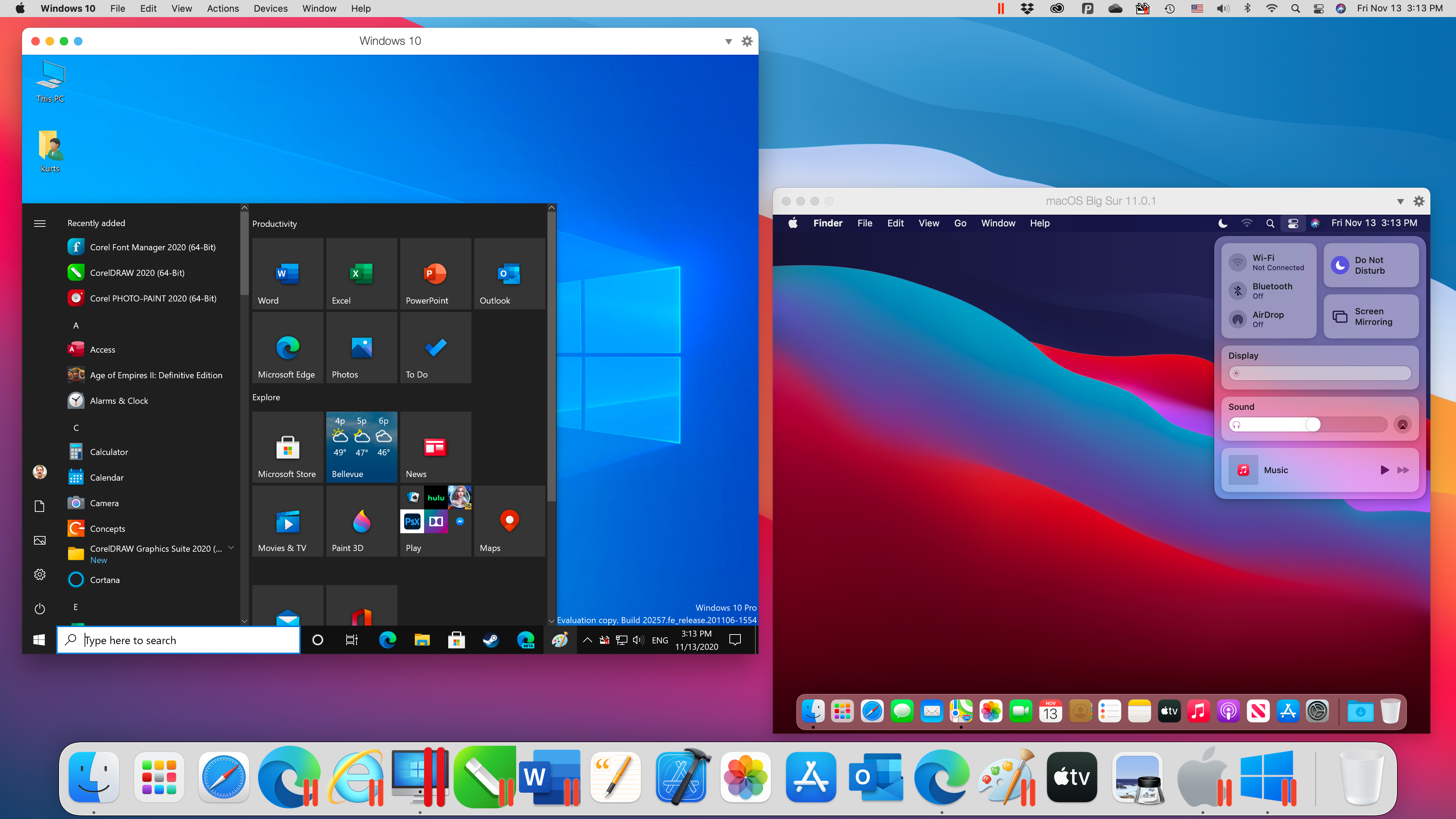 Apple Boot Camp is an excellent, built-in option for those with basic needs. If all you need to do is access a productivity app available only to Windows, Boot Camp will likely do everything you want.

Boot Camp Downloads support documents and partitions your hard drive with just a few clicks, then automatically downloads a supported version of Windows. All very user-friendly – but there’s a catch. Boot Camp is not supported for Macs with Apple’s M1 chipset, so the latest Mac hardware will not support Boot Camp at all. This is because Windows machines are still Intel-based, and it seems Apple is not interested in supporting Windows virtualization moving forward.

It’s worth noting Boot Camp is also Windows-only; if you need Linux support, Boot Camp won’t help. Apple also suggests a full backup of your Mac before using Boot Camp for the first time, and there’s no better backup service for macOS than Get Backup Pro.

Get Backup Pro lets you back your Mac up whenever you want, to whatever hard drive you like. You can choose to back your entire system up, or choose folders to backup, all on a schedule that suits your needs. You can even create multiple backups; back your pics up daily, and your full hard drive weekly, all without having to do anything manually. Create your backups, schedule them, and let Get Backup Pro do the rest! 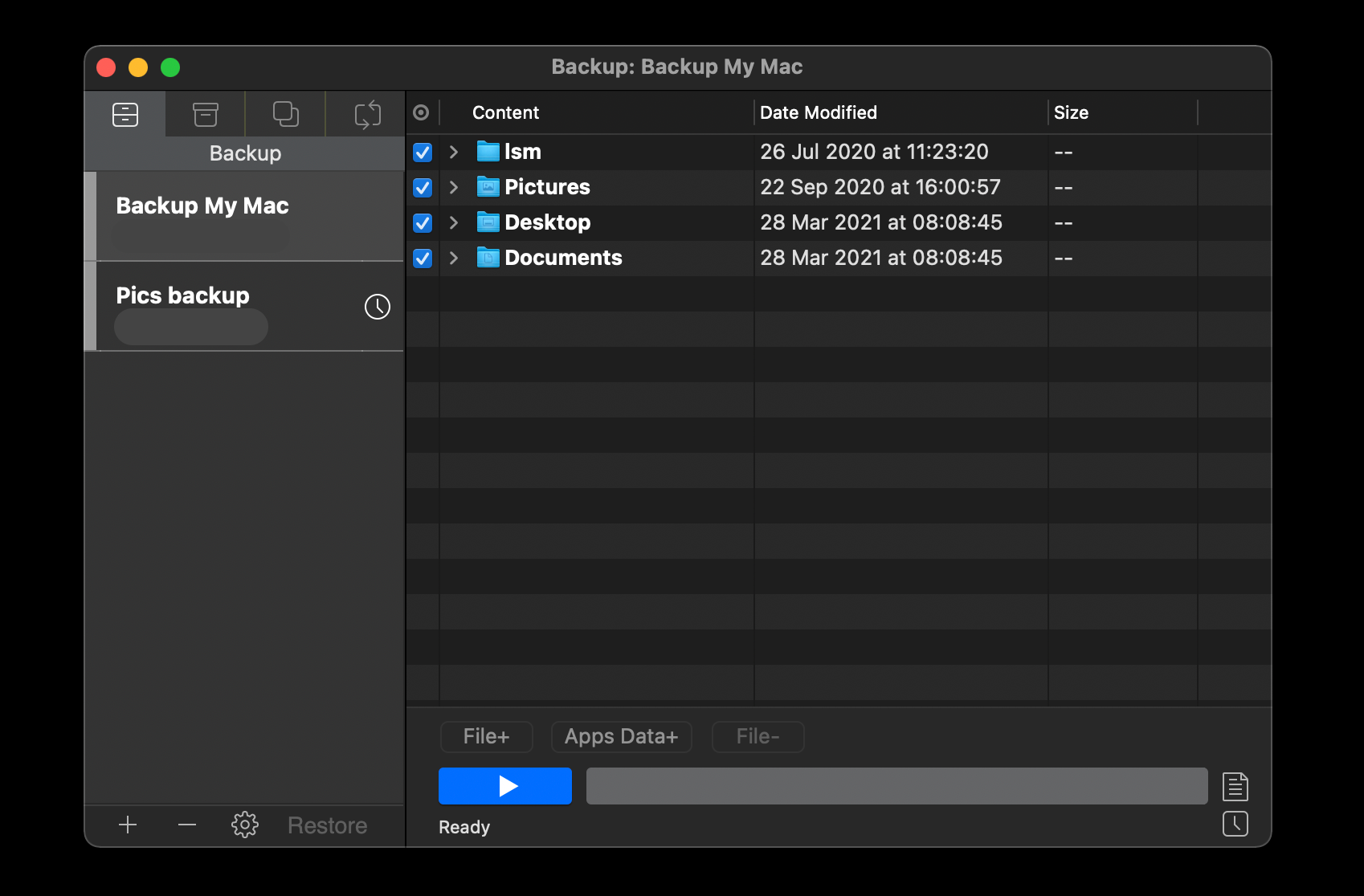 Windows or macOS, your computer will accumulate files or folders you don’t need. There’s also a good chance running Windows environments will change settings on your Mac, all of which can cause confusion and disruption to you workflow. When you’re done working in a virtual environment, run CleanMyMac X to get your Mac back in tip-top shape.

CleanMyMac X has a handy Smart Scan feature for quickly cleaning up and optimizing your Mac any time, and has several modules dedicated to deeper analysis and cleanup of your Mac. The ‘Maintenance’ module digs deep into your Mac’s settings to free up RAM, re-index Spotlight search, flush your DNS cache, and repair disk permissions – all things that can be altered in virtualization and cause headaches when you return to your Mac desktop setting.

No matter how thorough a scrub you want to give your Mac, simply open CleanMyMac X, choose the service module you’d like to run, and click “Run” at the bottom of the screen – then sit back and let CleanMyMac X do its magic! 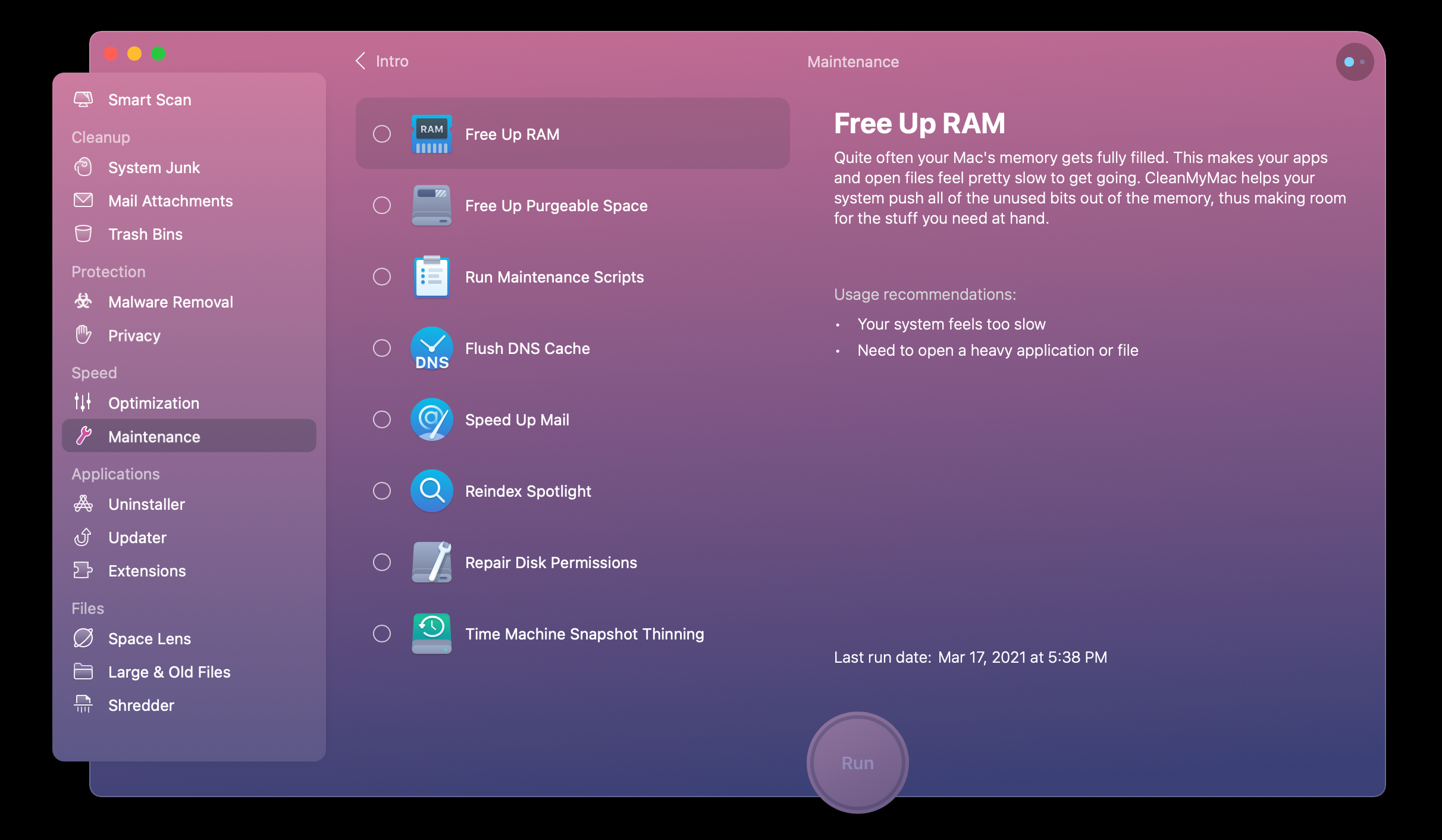 Bouncing between macOS and virtual environments is taxing on your Mac. You should monitor your system, keeping tabs both during virtualization and when you’re using macOS. This is where iStat Menus comes in.

iStat Menus keeps an eye on your Mac’s performance all day, every day. It monitors CPU load, how your GPU is operating, memory allocation, apps using significant energy, and so much more. Living in your Mac’s menu bar, iStat Menus surfaces relevant details when you click its icon.

But that’s not all; hover over a portion of the drop-down menu, and iStat Menus surfaces even more data, all displayed in real-time graphs that show you historical data going back a full month. iStat Menus is a sensational app for keeping tabs on your Mac, no matter how you use it. 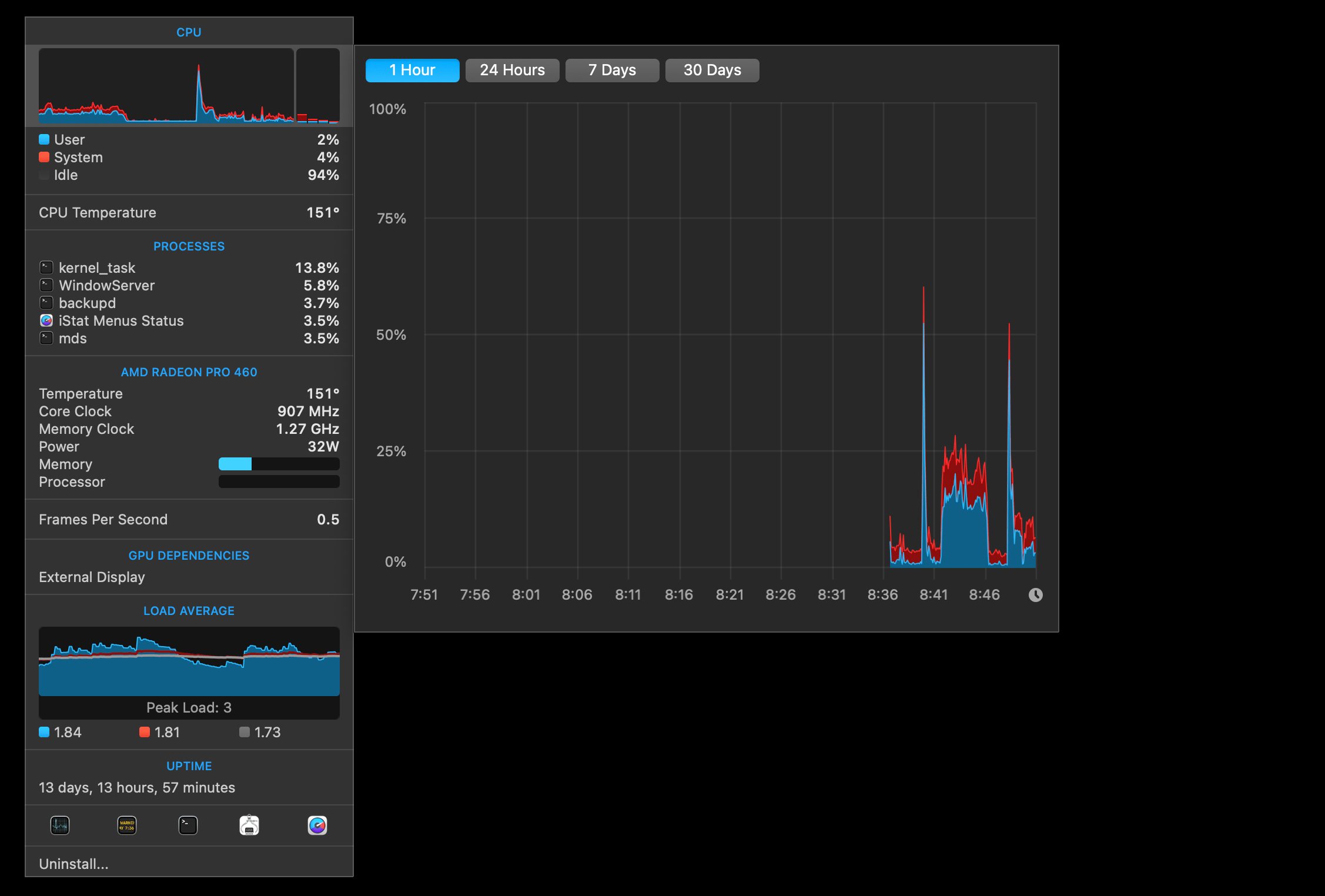 Dell’s virtualization solution, VMWare, is nearly as good as Parallels. It offers a fully sandboxed environment for Windows or Linux virtual environments on your Mac, and works with the VMWare vSphere virtual environment. It’s Big Sur compatible, supports Kubernetes, and supports DirectX and OpenGL for optimized graphics performance.

If there’s a downside for Fusion, it’s that Dell has chosen to position it for tech professionals rather than everyday users or other professionals. Fusion is available to anyone, but its cluster of supporting services makes it ideal for tech pros.

Its interface is not as nice as Parallels, but Fusion is just as powerful for desktop-only users (there’s no mobile compatibility, as we find in Parallels).

Designed more for emulation than virtualization, QEMU is defined as a “generic and open source machine emulator and virtualizer.” It’s a fair assessment; if you’re looking for a truly bare-bones virtual environment, QEMU is just what you’re looking for.

Though similar, emulation is not virtualization. An emulator is most often used for creating an environment for legacy software to operate – this is why gamers rely on emulators to run old games for platforms that were discontinued years ago.

This helps us understand why QEMU is so simple: it’s meant to provide a service and get ‘out of your way’ so you can do what you like. In virtualization, QEMU runs KVM for straight virtualization, and Xen if you need to operate several virtual instances at once. Just keep in mind QEMU is probably best for tech pros who have an idea how to weave other services through QEMU to build the environment they want.

Free for personal use, VirtualBox has many of the same capabilities as Parallels or Fusion but lacks a lot of polish. Like QEMU, VirtualBox is open source, which is a hat-tip that Oracle will not support it moving forwar,d instead relying on the open source community to update and improve it.

This also means VirtualBox will eventually become useless as Apple moves towards its own M1 chipset architecture, leaving Intel-based system behind.

Like the rest of Citrix’s suite of tools, Hypervisor is enterprise-focused. It’s a centralized platform for weaving other Citrix services together, including virtualization. Unlike VirtualBox and QEMU, which are bare-bones open source virtualization platforms, using Hypervisor means you inherit other Citrix dependencies as well.

For businesses, Hypervisor is free to existing Citrix Virtual Apps and Desktop customers, which is a strong indication Hypervisor is best suited for those who have a need for creating a unique virtual server environment or centralized VM management that work with existing Citrix services and need a virtualization tool to make it all work seamlessly. 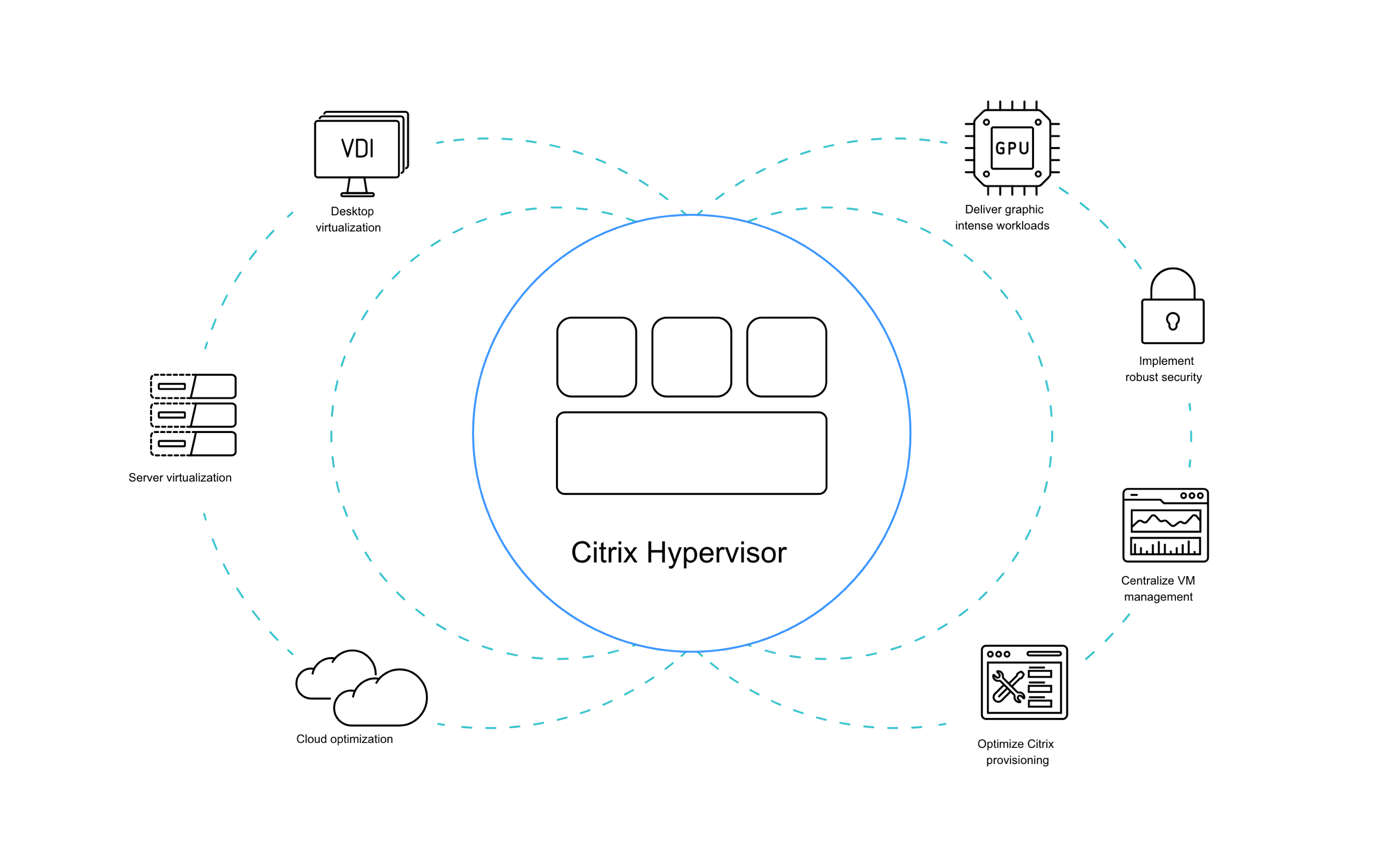 Wine isn’t technically virtualization at all. Instead of creating a virtual environment, Wine translates Windows APIs for use on macOS so you don’t even need a copy of Windows or a virtual machine to run it on. This means you also don’t need a lot of memory or CPU prowess for apps Wine is translating.

It all sounds wonderful, but Wine has massive caveats. It can’t run on macOS Catalina or Big Sur, as both lack support for 32-bit apps. It also won’t work on M1 Macs, and is an open source “project” requiring support form a community of developers.

Virtual machines for your Mac are incredibly handy at critical times – but they’re not all created equal. If you’re looking for our best choice, it’s Fusion, which offers an interface beginners can grasp with ease, support for mobile devices, and enough customization to satisfy professionals.

We also recommend using Get Backup Pro, iStat Menus, and CleanMyMac X, even if you don’t operate in virtualization. This bundle of apps is the perfect DIY suite to keep your Mac running its best and backed up often.

All three apps are available for free during a seven-day trial of Setapp, an incredible suite of over 200 native Mac apps. During your free trial, use all the apps you like without limitations to craft your own perfect macOS app setup!

When your trial ends, Setapp is only $9.99 per month for continuous, unfettered use of its full suite of apps, which is constantly growing. Now is the perfect time to download Setapp, so why wait? Give Setapp a try now!