Because Macs and Apple Watches are made by Apple, it makes perfect sense that the company would allow them to work together, as well as bundling all sorts of tricks you can take advantage of if you have both products.

Of all of the shortcuts, perhaps the most useful addition to macOS Sierra (and later) is the ability to use Apple Watch to unlock Mac products like an iMac Pro or MacBook. Once you’ve managed to pair Apple Watch with Mac, unlocking it is as easy as sitting down in front of your computer.

Why is being able to unlock Mac with Apple Watch a good thing? Well, when you connect Apple Watch to MacBook, it allows you to bypass the need to enter a password before you can start using your Mac.

Unfortunately, it’s possible to run into instances where your Apple Watch won’t unlock Mac products that are sitting on your desk, throwing out infuriating error messages like “Your Mac was unable to communicate with your Apple Watch.”

This guide touches briefly on how to pair Apple Watch with Mac products, with a real focus on how to unlock MacBook with Apple Watch (as well as other Mac computers). Besides, you’ll learn how to troubleshoot some common issues of the “my Apple Watch won’t unlock Mac!” variety.

How To Pair Apple Watch With Mac

The first thing to note is that, unless your Mac and Apple Watch meet the relevant requirements, you won’t be able to use Auto Unlock for unlocking Mac with Apple Watch. The system requirements for the feature are as follows:

This is how to unlock Mac with Apple Watch: 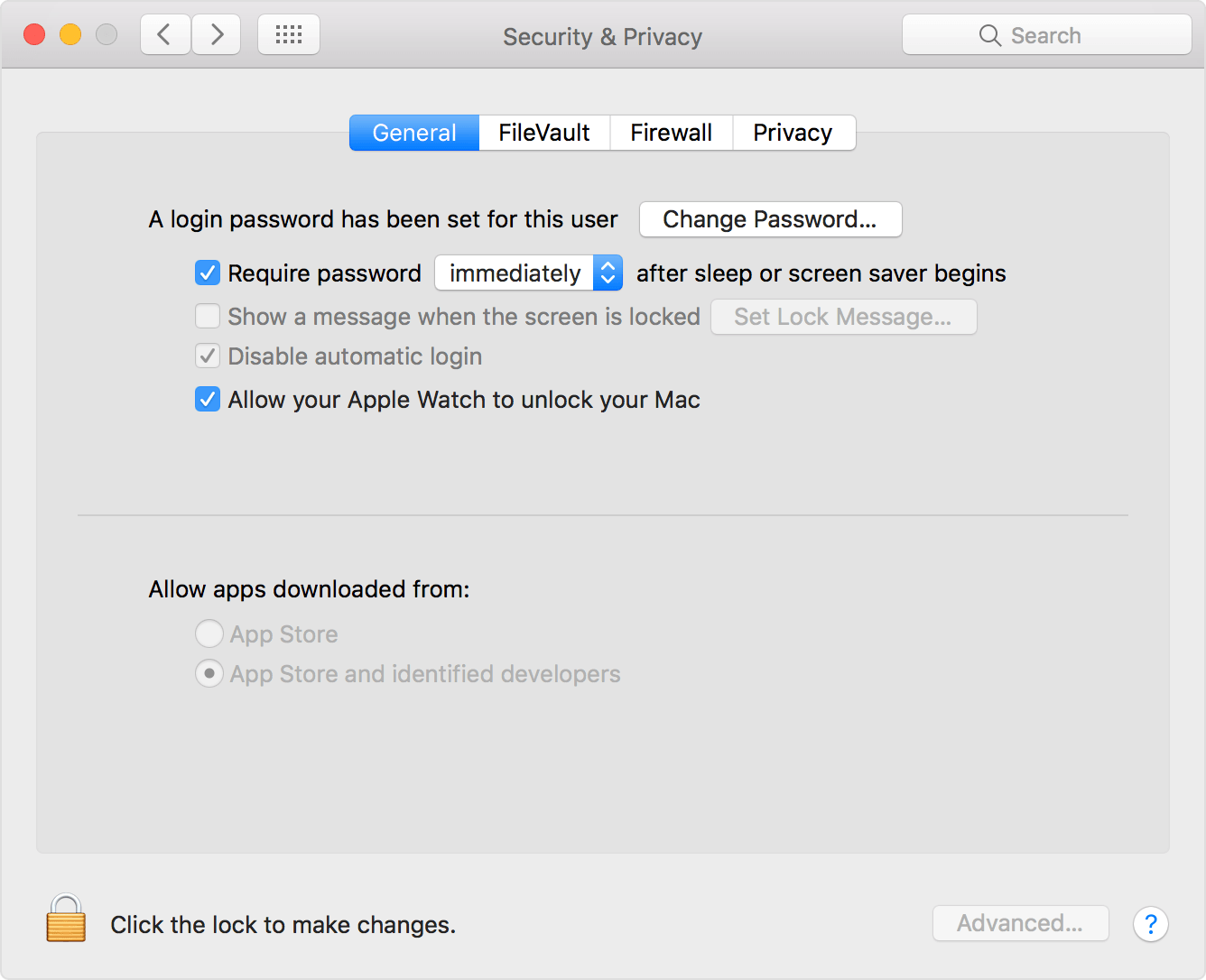 As long as everything is working correctly, it’s that simple. But it isn’t always quite so straightforward. If you’re getting a “Your Mac was unable to communicate with your Apple Watch” error, or there’s some other reason your Apple Watch won’t unlock Mac laptops or desktops, you’ll want to try the solutions below.

When you’re in the heat of the moment, it’s easy to overlook certain things that would make you have your head in your hands if you were watching someone else. One example of this is purchasing a new iPhone and neglecting to pair it with your Apple Watch, which can result in Auto Unlock being disabled.

Two other common obvious errors are failing to have Bluetooth and/or WiFi enabled on both your Apple Watch and your Mac. It’s way too easy to disable Bluetooth on one of your devices while you’re on the move, forget to switch it on again when you get home, and then get frustrated at your Apple Watch not unlocking Mac.

Turn devices off and on again

It’s a running joke that a hard reset can solve a multitude of different issues, but there’s absolutely a grain of truth behind it. Try unchecking “Allow your Apple Watch to unlock your Mac” then restarting both your Mac and Apple Watch, using the power button on the side of the latter to turn it off and on again.

Check the “Allow your Apple Watch to unlock your Mac” box in System Preferences again after restarting and you might just be surprised to see that everything is now working as it should. In fact, this works so often that some sites tout it as “the fix” for Auto Unlock issues.

Check for all key updates

Apple releases updates for their operating systems pretty regularly and, between keeping your Mac, Apple Watch, and iPhone up to date, it’s easy to miss one.

There’s always a chance that this is the reason for problems connecting your Apple Watch and your Mac. As already seen above, an Apple Watch Series 3 won’t work with macOS Sierra.

Conversely, if the problem you’re encountering is a very recent one, you should rack your brains to figure out if you’ve recently updated any of your Apple products. Sometimes, you should roll back to the setup you were using before to allow Apple Watch to unlock Mac products on your desk again, at least until Apple releases a fix.

It’s possible that, if none of the above Apple Watch unlock Mac solutions work, there’s something more sinister going on below the surface. Your Mac might be too clogged to function in the usual way, for example, or a piece of malware could be interfering with its connectivity.

A good way to get a quick and easy health checkup of your Mac is to use an app like CleanMyMac X, which will dig deep into your system to identify potential problems with a single click of the large Scan button.

From there, you can rely on Smart Scan to take care of everything automatically or look at individual factors (e.g. malware, privacy, speed optimization) manually.

Oftentimes, the problem could be with your internet connection not functioning correctly — just because your connection is showing four bars in the WiFi menu doesn’t mean that it’s actually working fast. In this case an app like WiFi Explorer might be of great use.

WiFi Explorer gives you an “at a glance” look at all of the devices near you, as well as their quality, generation, signal strength, and all sorts of other useful information. Just open up the app and it’ll instantly start providing real-time data. 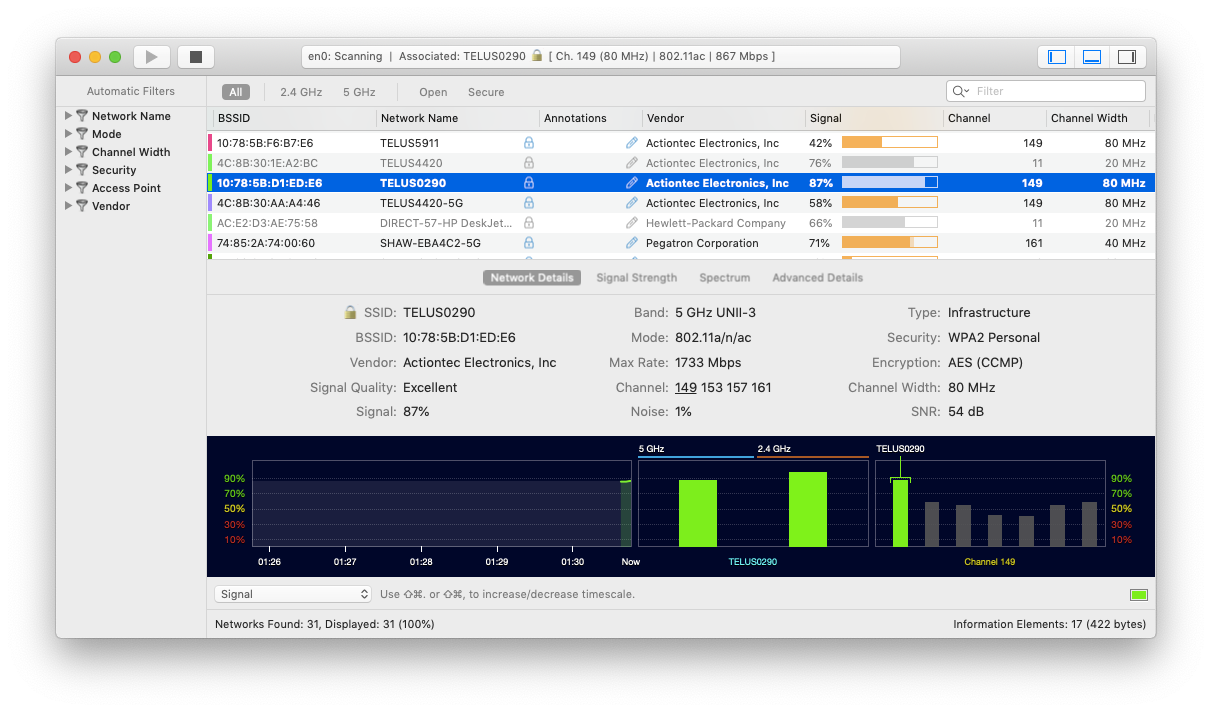 So in case there’s a deeper issue with your computer or your connection resulting in you being unable to unlock Mac with Apple Watch, these two apps are a great first step towards figuring it out without any technical knowledge required.

Why it’s worth getting Auto Unlock right

As you can see there are various different reasons why you might have issues with your Apple Watch not unlocking Mac products you’ve paired them with. And some of them, like malware being tucked away somewhere or a fault with your WiFi, are less obvious than others.

For the most part, however, the dreaded “Your Mac was unable to communicate with your Apple Watch” error message is something that you shouldn’t see very often provided you keep the operating system on your Mac, Apple Watch, and iPhone up to date.

Getting Auto Unlock set up to unlock MacBook with Apple Watch, even if it gives you some headaches initially, is definitely worth doing if you go back and forth between your laptop or desktop multiple times a day. After all, eliminating password entry could save you a surprising amount of time — minutes a day and hours every year!

Best of all, the apps mentioned here, CleanMyMac X and WiFi Explorer, as well as over 150 more are available to you for a free 7-day trial through Setapp, an app platform that has everything you need to troubleshoot your Mac and become more effective. By the way, don’t forget to lock your Mac every time you step away.