The betas of Apple’s operating systems are for the brave. And not only because of bugs. In many cases, you can’t get your hands on the updated functionality before the official version is out.

The recent macOS 10.15 is a good example. Even though Apple announced switching to 32-bit app architecture with macOS Catalina, they haven’t managed to update all the apps for the beta release. Not to mention over 200 third-party applications not working in Catalina beta.

There are a few good reasons to test Catalina beta, though. Many of Apple’s native apps arrive with cool enhancements. The Photos app will have the impressive feature of organizing photos by daily, monthly, or yearly views as well as remove duplicates across your library. But we are here to talk about another big update.

Meet Reminders, all new, both in iOS 13 and macOS Catalina. 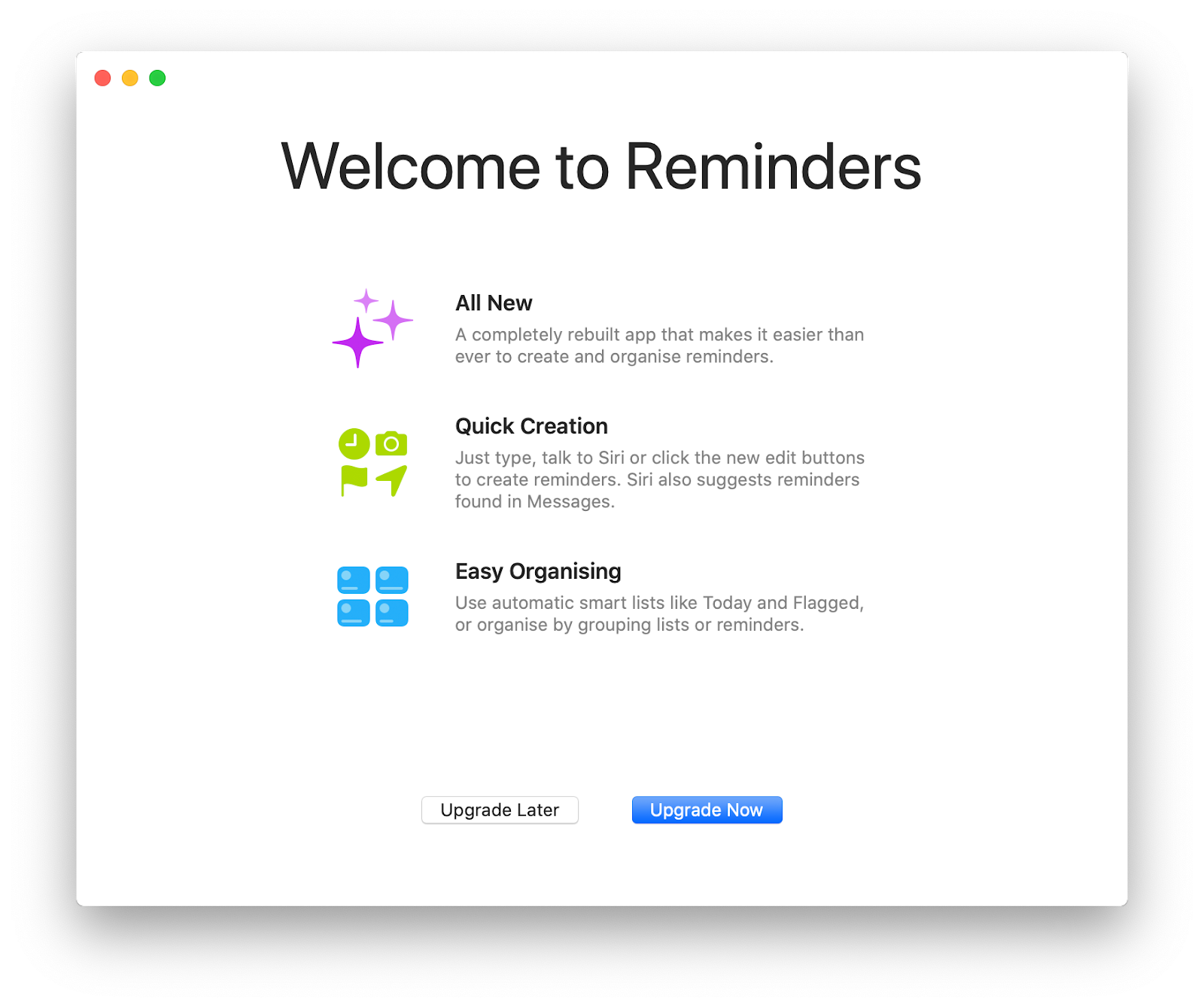 If you use your Mac for work, life is impossible without a solid GTD app. And there are quite a few advanced task managers for Mac on the App Store like Things or 2Do. Until now, Reminders have been considered a very basic version of a GTD tool — lacking functionality for complicated project management. Will the new Catalina update finally make it enough? Let’s see.

I’ve been doing app descriptions for a while now. If there’s one thing I’ve learned, that would be this: “New look” is your best answer if you have nothing to say about an app update. This doesn’t work with apps like Reminders, though. The quality of a task manager can pretty much be estimated by how well it displays your tasks as well as by flexibility of editing and new task creation. That’s where the Catalina version of Reminders made a huge step forward.

Both iOS and macOS app now have four different sections for today’s tasks, all, scheduled, and flagged. So instead of a single list-style view, you have four — simplifying navigation across your jobs.

More flexibility with lists and reminders

A better way to describe, track, and complete your tasks. This is the ultimate goal of using a tool like Reminders. To cater for the job, Apple improved organization features in the new version of Reminders. You can group multiple lists and capture to-dos that are related to specific reminders. Thanks to smart views, the app will automatically organize your tasks by those you’ve flagged or scheduled for specific date and time.

Click on any reminder or task and you’ll get access to every editing asset you need. Change the date, time, and location, or flag your reminder and it will automatically appear in the “Flagged” view. You can also customize priority and set reminders to repeat.

As a nice perk, Reminders will have over 60 symbols and 12 colors in Catalina. So that you enjoy the view.

Enrich your tasks with attached docs, images, or links. This will help you plan your work right in the app, without switching anywhere. Plus, if you have multiple similar reminders, images might help you avoid confusion.

Reminders app in iOS 13 and macOS Catalina also has an integration with Messages, which allows you to tag people inside your reminders and get prompted whenever you chat with the person.

Once you upgrade to Catalina, your Siri support will move to the new level as well. Type longer sentences — Siri is strong enough to understand them and react with clever autosuggestions. But that’s only part of the magic. Whenever you chat with a friend in Messages and someone suggests a meeting, Siri will pick it up and prompt you to create a reminder.

If you compare the latest version of Reminders to the one you used in Mojave, you’ll see a huge progress. Both visually and functionally, it’s just better. If you compare Reminders to its advanced analogues, Apple’s native app is still lagging behind.

The major reported user concerns are the following:

No support for projects

List grouping is useful, but it’s too limited in terms of project management. For instance, you can’t put tasks and subtasks of different complexity into a project.

It’s a combination of tasks, checklists, and projects. 2Do allows you to manage complicated sets of information as easily as possible. You can enable Project view to focus on specific flows of tasks, filter by tags, and batch schedule. 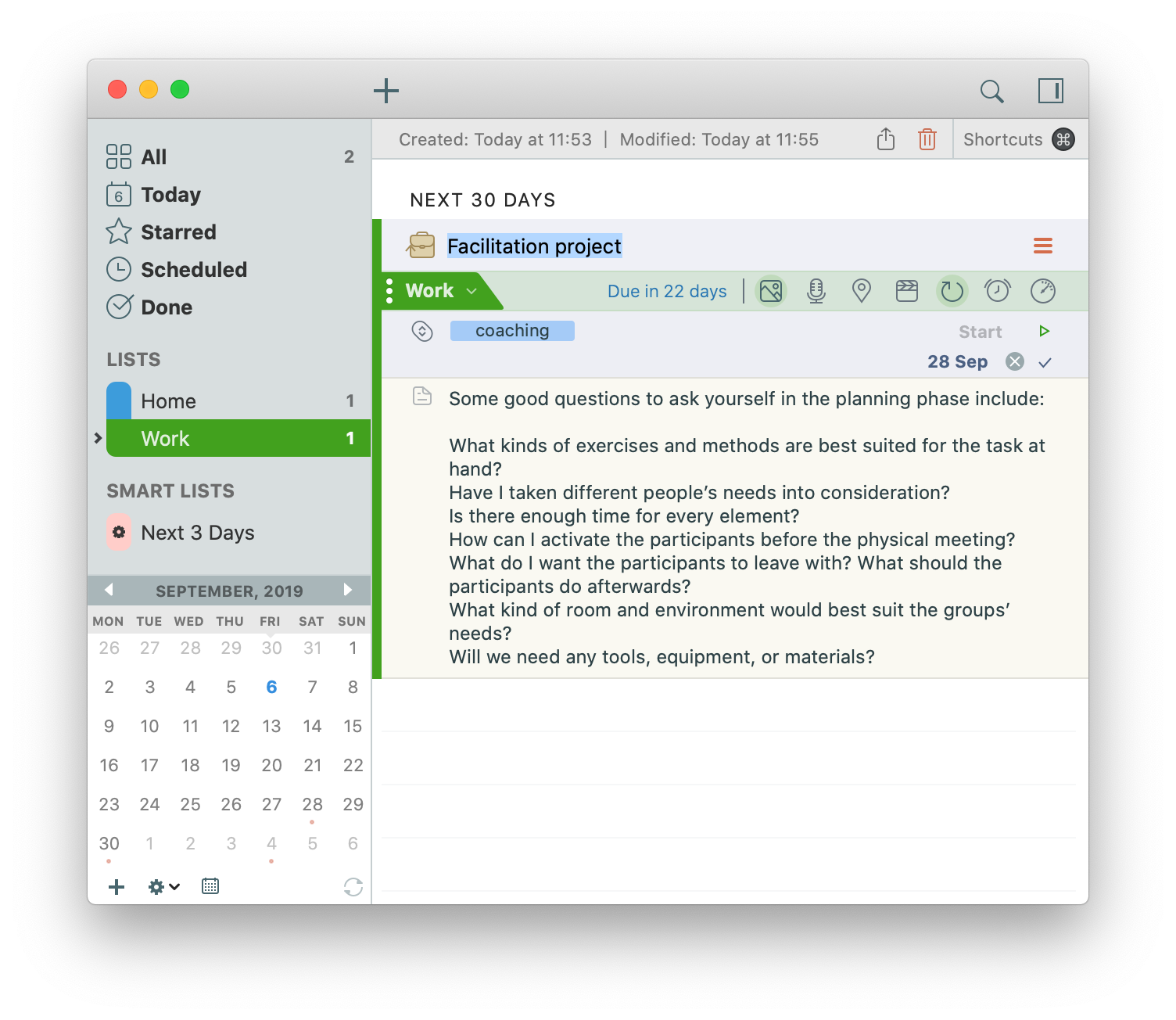 You need a better speed

The more shortcuts you can use in GTD tools, the better. As soon as you get used to the app, quick actions will be saving lots of your time. Apart from smart view organization, Reminders still has too few assets for speeding you up.

If shortcuts matter to you, TaskPaper is the best tool you can get. For instance, it’s enough to hit dash + space to create a new task in this app. It works for both simple to-do lists and projects. Once you open the app, you’ll be instructed on the quick actions and auto-formatting options. 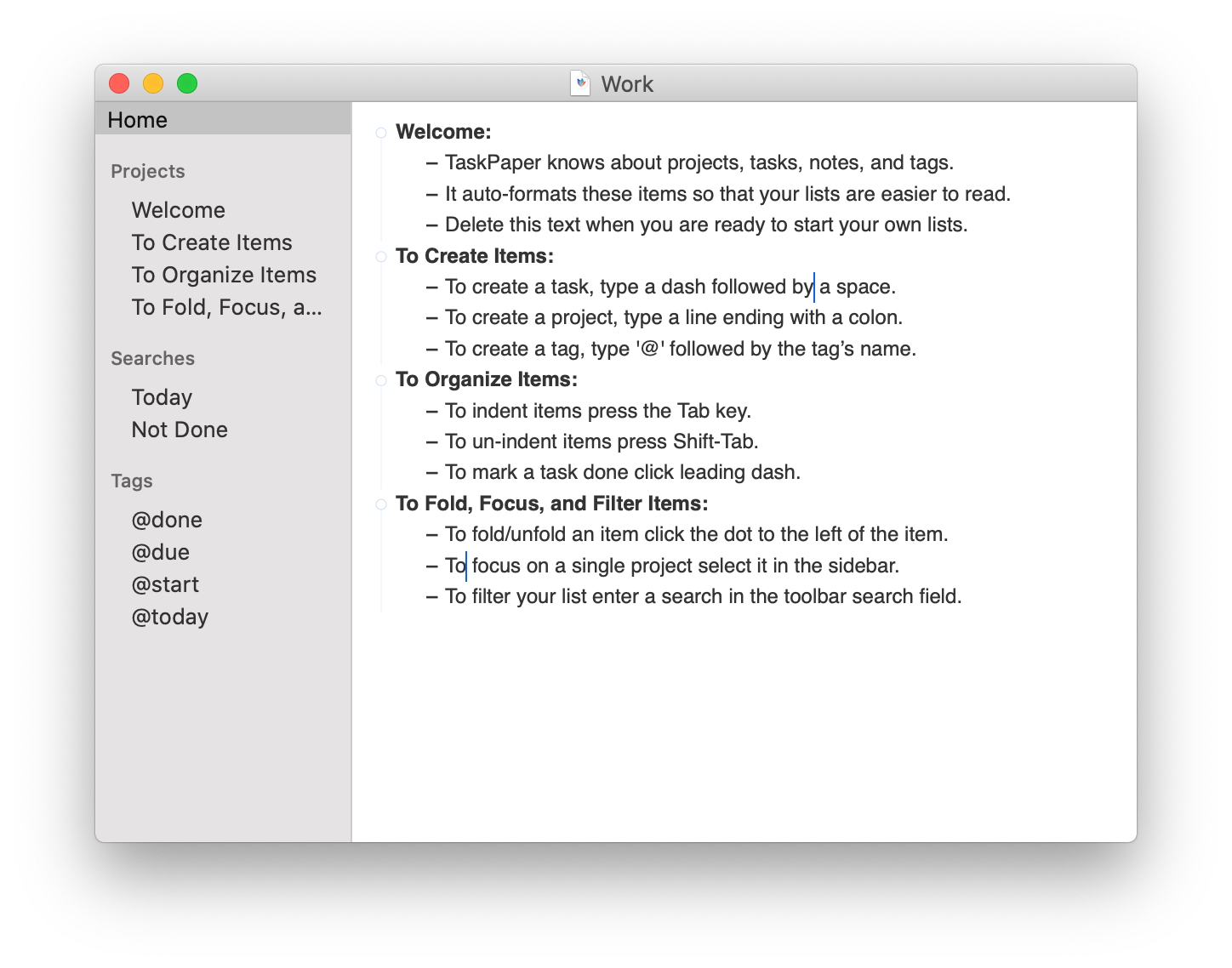 Some users report they don’t use Reminders because it doesn’t have any kind of calendar information. A good point, considering you plan your meetings in Apple’s Calendar. The

The huge asset that Reminders doesn’t have is a Calendar sync. In GoodTask, you can integrate with both Calendar and Reminders, which allows to transfer lists across your native apps. Plus, it’s a great opportunity to enrich Reminders with GoodTask’s features like text snippets, quick actions, and more. 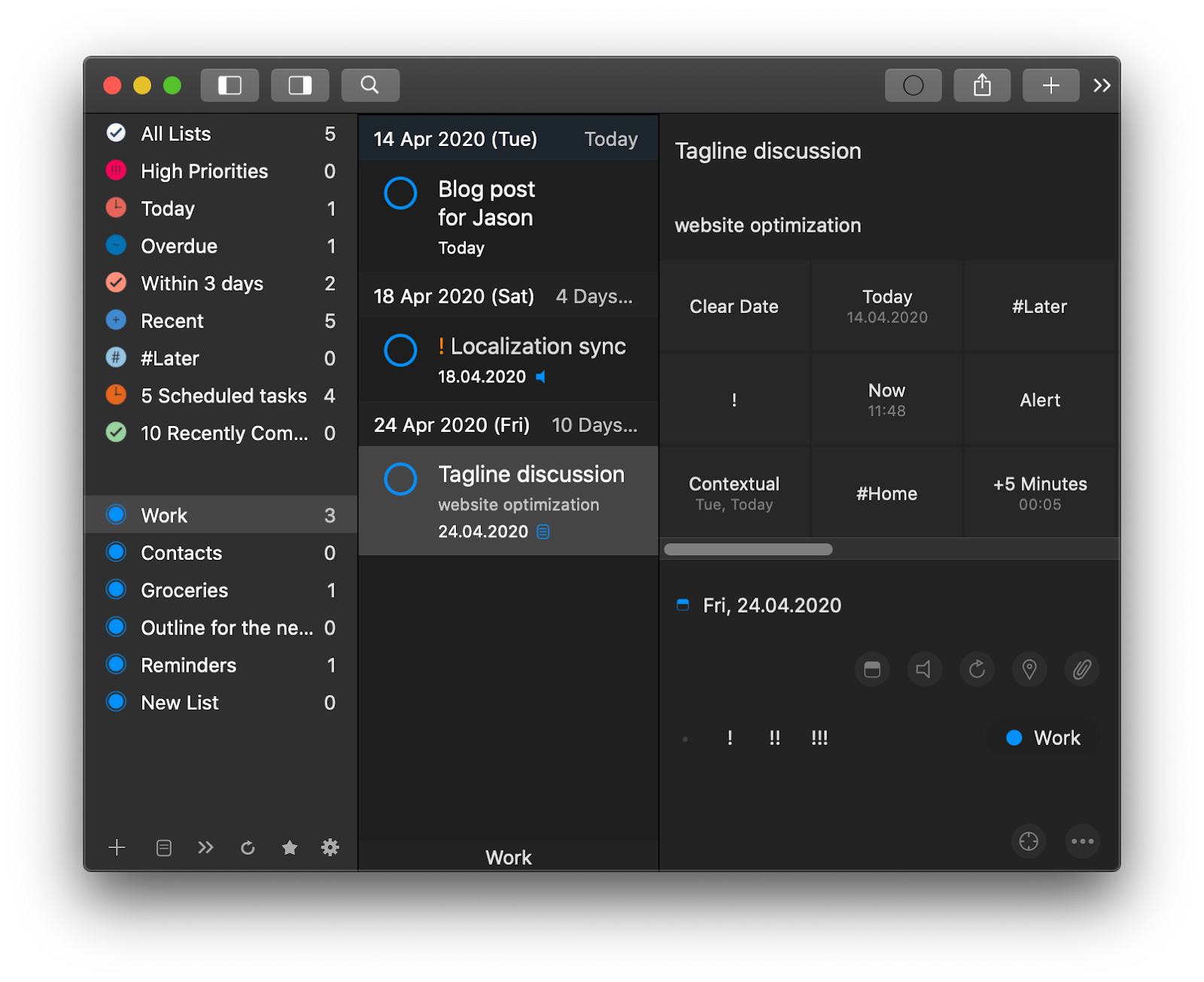 The new version of Reminders has been fully updated for the beta release, so you can try all the new perks. If you want alternatives for professional use, get all three of them mentioned in this article via Setapp subscription.