The function keys on your Mac’s keyboard are probably the least used of all. In fact, they’re so underused that by default when you press a function key it doesn’t act as a function key at all. Instead, it performs its other duty, whether that’s media playback control, brightness adjustment, or invoking Launchpad or Mission Control. To use a function key as a function key, you must hold down the fn button at the bottom left of your keyboard.

Change the behavior of function keys on your Mac

Nevertheless, function keys can be very useful if you customize them to do what you want them to do. Here’s how to create some of the best time-saving function key shortcuts for your Mac.

Faster performance on Mac — take it

Download Setapp and discover endless shortcuts to automate your work. Everything you’re doing on Mac — finished 2x faster than before.

Use function keys without pressing fn 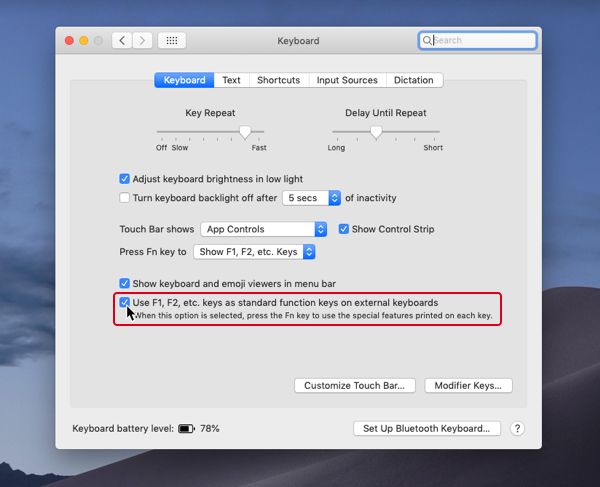 The easiest shortcut you can make is re-assigning function keys themselves to more useful actions: 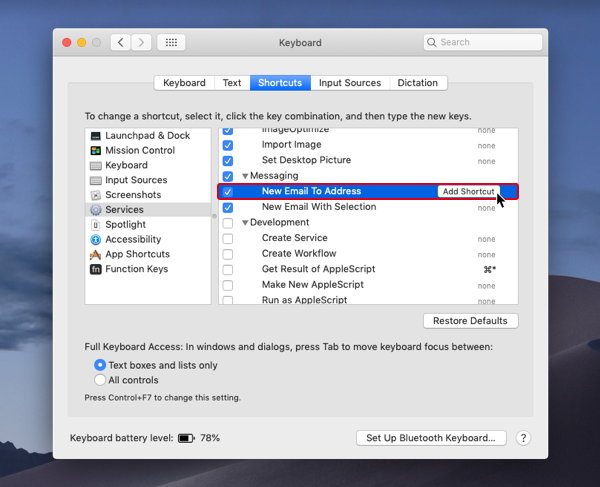 If the function key you’ve chosen is already assigned to something else, you’ll see a yellow warning triangle appear next to it and the original shortcut. You will have to alter one of them to proceed.

Now, to actually create shortcut combinations, do the following:

Now, whenever you’re in that app and tap the assigned function key, it will perform the specified command. For example, if you set up a shortcut to save a document as a template in Pages and assign it to the F1 key, then when you’re using Pages and press F1, the current document will be saved as a template. 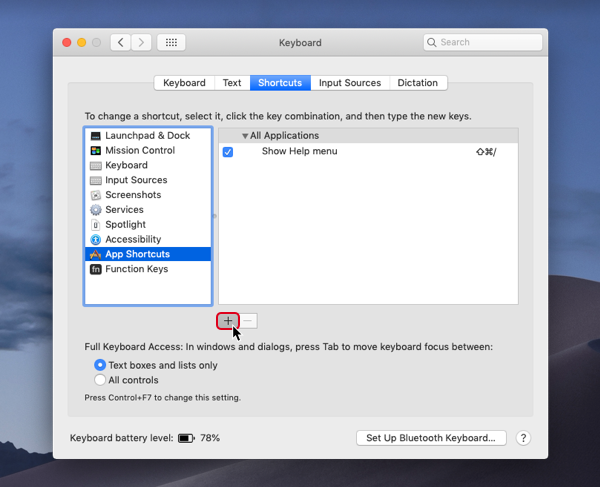 If you want to go further than customizing function keys, there are several apps that can help you work faster and become even more productive.

Quick Tips: make your own shortcuts to work faster and more efficiently

If you find yourself typing the same phrases over and over again in email messages or documents, Rocket Typist is your holy grail. It allows you to store organized snippets of text and recall them with custom abbreviations.

For example, instead of typing “Hello, my name is John Appleseed, I am a developer interested in…” you could just type “hmn” and Rocket Typist will fill out the rest. You could also find the pre-saved phrase in the app itself and paste it in that way.

Rocket Typist shows how minimal but productive a text expansion app can be. 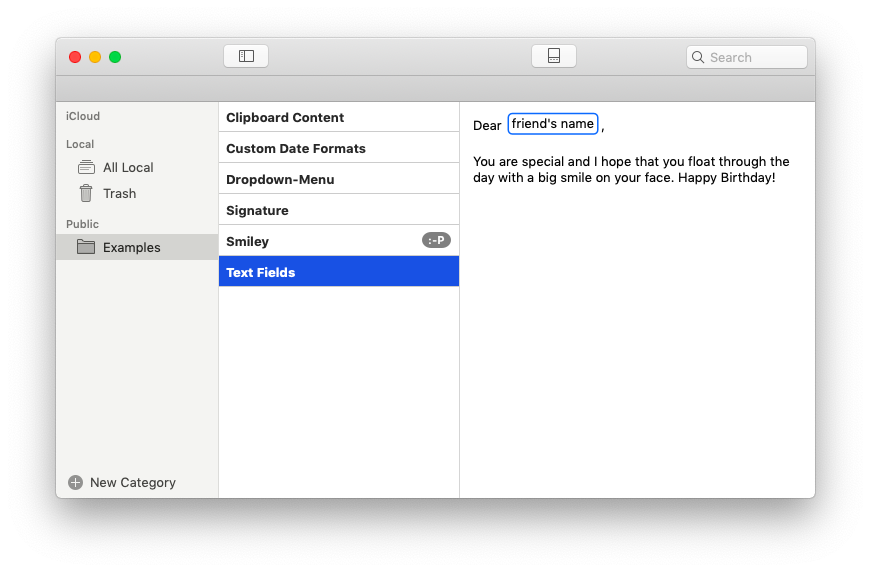 Rocket Typist supports macros for things like time and date so you can be sure the current time and date will be placed in your document. And you can share snippets using AirDrop or Mail.

Lacona is a bit like a keyboard version of Siri for those of us who don’t like talking to our Mac. Press the keyboard shortcut to invoke its text input bar and type a command, such as “search Amazon for bluetooth speakers” or “schedule lunch with Carol at 1pm tomorrow,” or even “play Born to Run.” As you type, Lacona will show a list of suggestions beneath the window, and you can use the arrow keys to navigate to and select the one you want.

Get a keyboard version of Siri

Automate your search on Mac with Lacona, an app that interprets what you’re typing and does what you’re asking for. Like Siri, only with text.

Lacona can also perform actions like copy, move, and rename on files in the Finder and activate system events like Empty Trash and Shutdown, it can create reminders and make calls, quit, activate and relaunch apps, and so much more, all by typing in its text bar. The app can even hook into third-party services, like IFTTT, so you can control those just by typing as well.

Apple’s built-in gestures for the Trackpad and Magic Mouse are great, as far as they go. With BetterTouchTool (BTT) though you can take them much much further. The app allows you to create completely custom gestures and assign them to actions, which can be either global or application specific.

In addition, BetterTouchTool allows you to create custom keyboard sequences to trigger actions, and has its own built-in clipboard manager and screenshot tool. So you could, for example, set up a gesture to take a screenshot and then edit it right in BetterTouchTool instead of saving it to the Desktop.

Save multiple text snippets with Paste

Paste is a clipboard manager that allows you to store multiple items for pasting later. It then categorizes each copied item and places it in its own section of the clipboard, which you can easily change. Moreover, Paste syncs your clipboard in iCloud, meaning you can access its pinboard on multiple devices.

To paste an item you’ve copied into a document, just use Paste’s keyboard shortcut to view the pinboard, find the snippet of text, image, URL, or whatever else you’ve copied, copy it and then paste it into your file.

As you can see, your Mac’s keyboard can be customized in different ways. By creating shortcuts for function keys as well as combinations of other keys, you can start working much more quickly and save time. And using the apps listed above, all of which are available to download for free on Setapp, you can take your productivity to another level altogether.