Windows users have long had the ability to use AutoHotkey (ahk), a feature that allows users to set up a series of commands that trigger when a few keystrokes are made. It's an excellent feature for those who end up triggering the same set of commands routinely but don't want to jump through the same hoops.

Mac users have something similar. There are macros for macOS available in the Automator app that lets you build and run your own ahk scripts. But Automator is difficult for many to use. Depending on your needs, third-party apps may allow you to create script on Mac devices with more ease, or create a macro on a Mac inside an app you use most often. AutoHotkey scripts on macOS may not be native, but they're attainable with a few great apps. We'll show you how.

Is there an AutoHotkey for Mac?

In short, no, there is no ahk for Mac. That doesn't mean you can't replicate the experience, though. Here are a few great apps that can get you AutoHotkey scripting features on your Mac:

You can do just about anything with ahk scripts. Simplify and speed up a workflow, add blocks of text with a few keystrokes, or open/close apps with a command. In the example below we created a script in Keysmith to open an app. To record scripts with Keysmith, you don’t have to deal with Automator’s complexity — you can just open Keysmith and have it record what you’re doing, then assign a shortcut. The example below is very simple but you can as well use Keysmith to open multiple apps and run different multi-step actions. 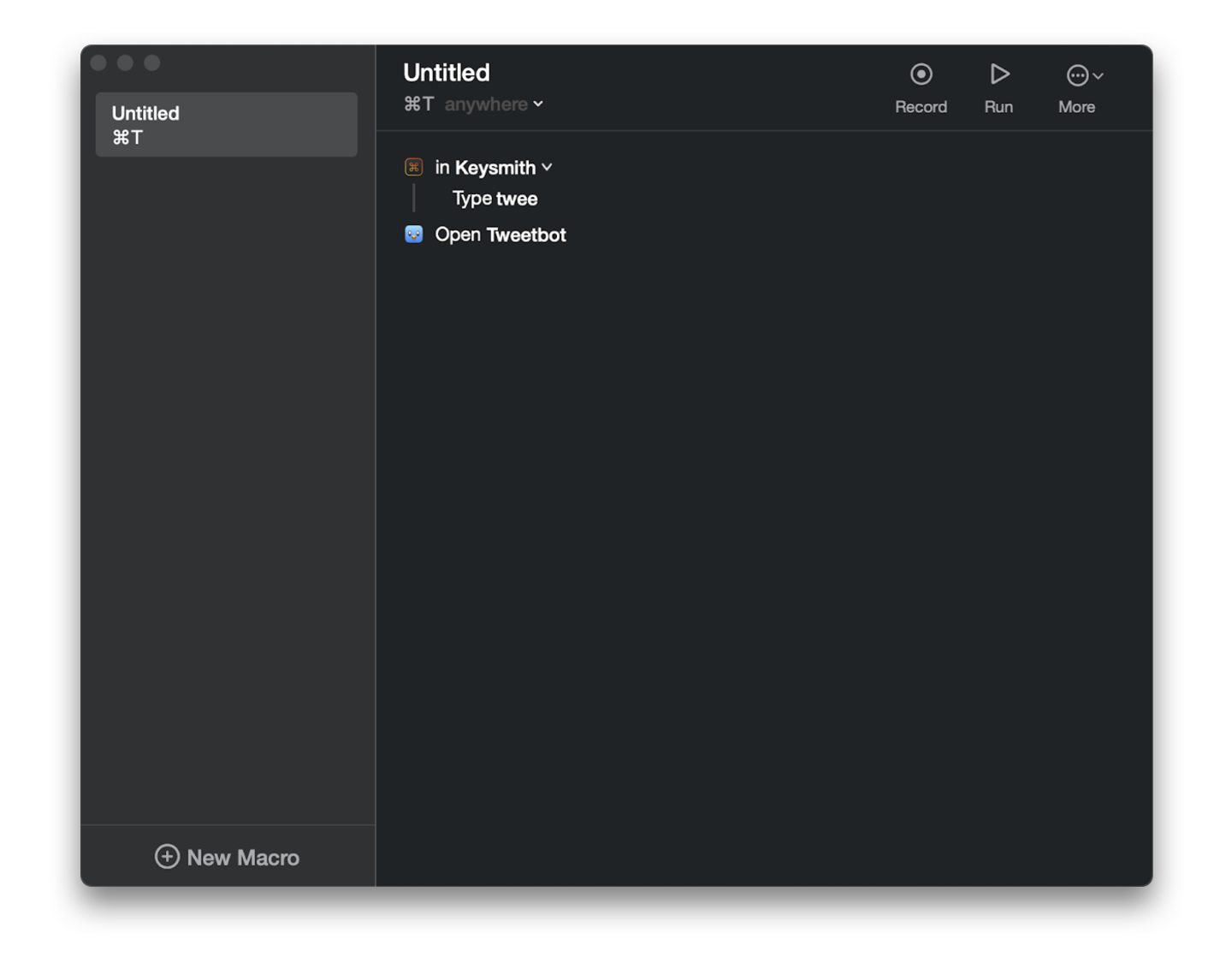 Lacona is another replacement for AutoHotkey, which doesn’t require any scripting. It allows for a more natural way to search your Mac and perform routine functions. If you find yourself wanting to start a call, send a text, or find a file on your Mac, Lacona search uses natural language to make the entire process simple. Just type your request using natural language and Lacona will get you started on the right path. It’s kind of like Siri, just without voice. 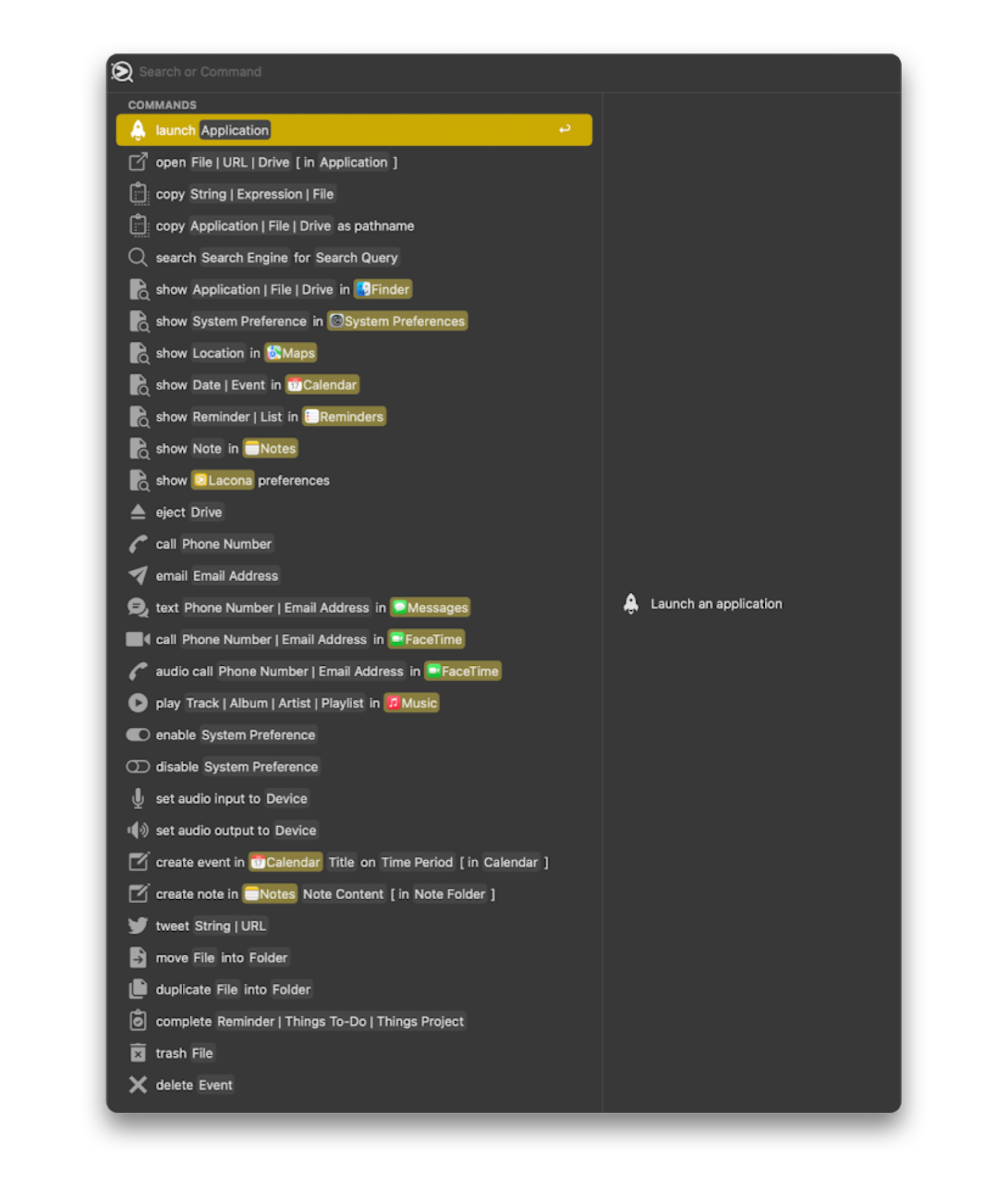 So what’s better than AutoHotkey?

There may not be an "official" AutoHotkey app for Mac, but that doesn't mean you can't utilize shortcuts and macros! With a few great apps, you'll be able to perform tons of functions you may not have recognized were possible. In fact, these apps expand on the capabilities of AutoHotkey and do an even better job.

Rocket Typist, Lacona, Keysmith, BetterTouchTool, and Almighty will help you set up and run quick actions so you can do your work faster — without using any complicated scripts. Espanso and TeaCode are terrific time boosters for developers. Each have specific ways to improve your workflow with macros and shortcuts. If you need a bit more power and you’re acquainted with scripting, Automator might be a great option, too!

You'll also love that Lacona, Rocket Typist, Keysmith, BetterTouchTool, TeaCode, and Almighty are free to use for seven days with Setapp, a productivity platform that brings together 200+ incredible Mac and iPhone apps all geared toward improving your workflow. When your trial ends, continued access to the 200-plus apps in the Setapp suite is only $9.99 per month. It's a phenomenal deal you don't need a macro for, so don't hesitate – download Setapp now!