Monterey troubleshooting
Get a pack of apps to fix every Monterey issue.

The recent macOS Monterey brought along a critical issue that bothers many users — a memory leak bug. It appears that some apps use insane amounts of memory (RAM), which causes “your system has run out of application memory” alert. Here’s why it’s so critical and what you could do to solve it.

How memory leaks can affect your work

Before we talk about memory leaks, let’s briefly explain what memory is and why you should keep track of it. Every Mac has a certain amount of memory, also called RAM, that enables it to run a certain number of tasks simultaneously. Ever noticed your Mac starts lagging and slowing down when you have many tabs and apps open? That could be a RAM issue. Modern Macs are powerful enough to handle many intensive tasks, but there’s always a limit.

Related: How much RAM do you need?

When there’s a memory leak, your apps start using more and more RAM over time, without releasing it. The memory leaks macOS Monterey reveals are certainly a system bug because it’s impossible your apps could use that much RAM. For example, one user reported that their Control Center used 26GB of memory, which is more than one-third of the total RAM. This is crazy. Normally, Control Center activities wouldn’t waste more than 50MB.

Memory leak causes macOS Monterey freeze. Not literally. Your Mac will continue working, but you won’t be able to run the apps and do the work you usually do. So it’s quite critical you solve the issue as fast as possible.

The first case of memory leaks on Monterey was reported on October 28 on Twitter. From the report, it appeared that Final Cut Pro and Adobe apps were the major cause of the problem because together they used around 30GB of RAM. Later on, other reports revealed problems with Apple’s Pages, Control Center, and Keynote apps — the apps that normally use a small amount of RAM. Right now, it appears that memory leaks can be caused by all kinds of apps on Monterey, both native Apple apps and third-party ones.

If you see the alert saying your system has run out of application memory, it doesn’t necessarily mean it’s a bug. Maybe your Mac really runs too many apps or your boot disk has little space for running apps. In this case, you’ll have to quit some active processes or maybe even free up disk space to solve the problem.

How do you tell a memory leak bug from a legitimate RAM issue? Normally, apps use megabytes of RAM, not gigabytes. You might have a few apps that use up to 5GB, but anything that goes beyond that should cause suspicion. In other words, when an app uses dozens of gigabytes of RAM, it’s definitely a memory leak. 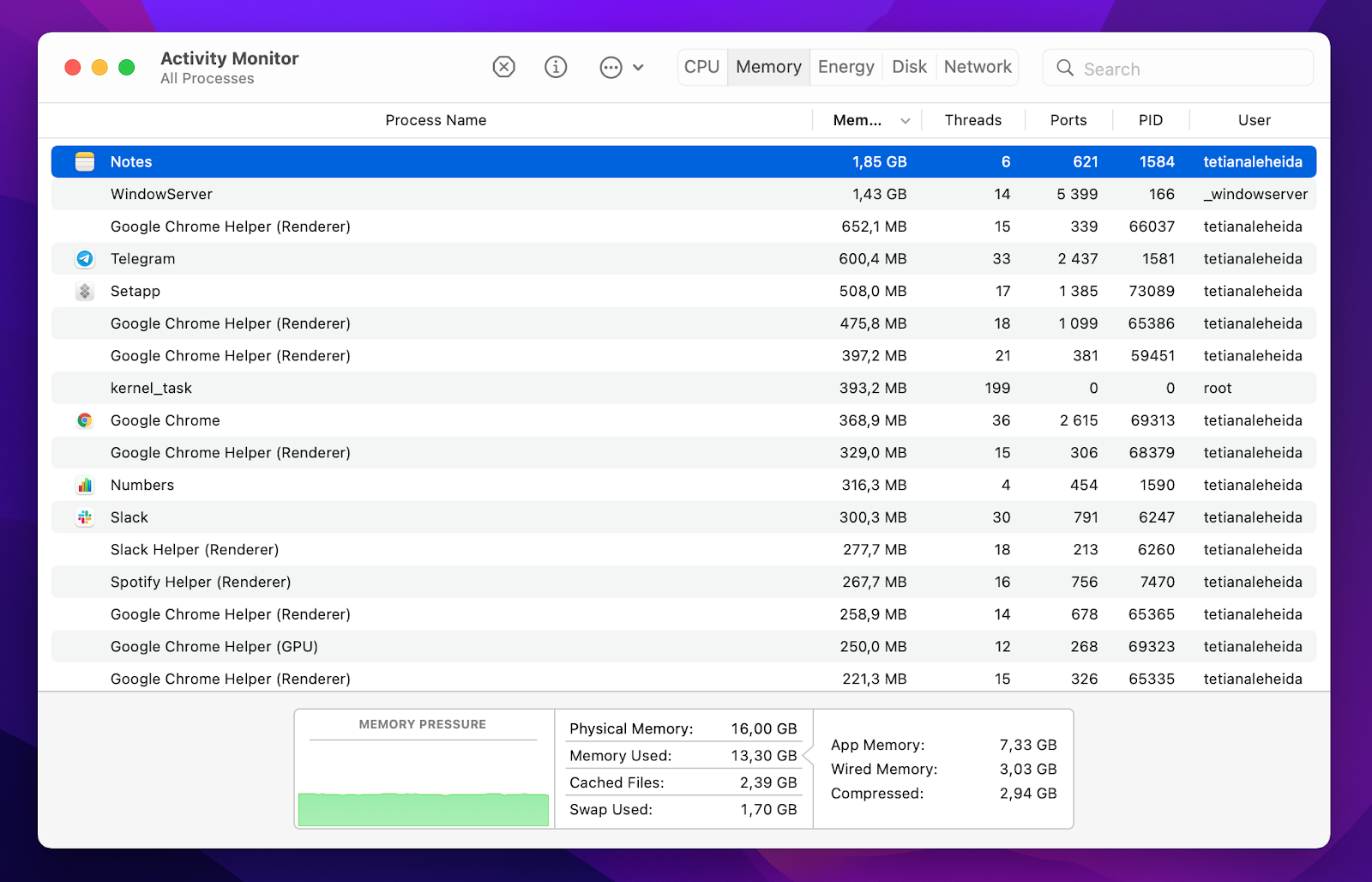 iStat Menus is a great app to monitor RAM in real time, which helps understand the amount of memory that is normally in use. If there are any red flags, you’ll identify them quite quickly. 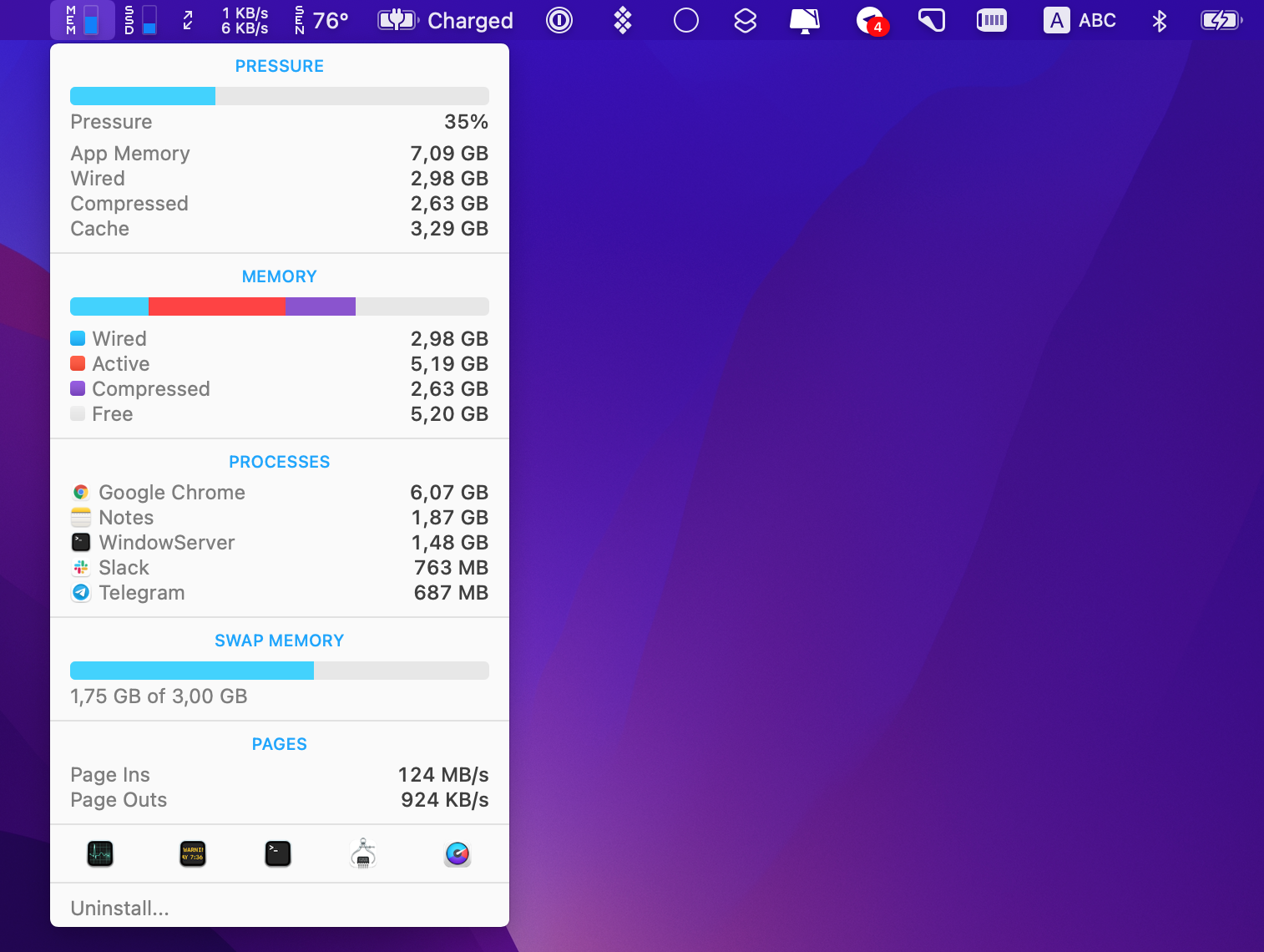 It’s worth mentioning that if you have a Mac with 4GB of RAM, you’ll probably get those “your system has run out of application memory” alerts quite often. We recommend at least 8GB to be able to run a few intensive processes simultaneously on Mac. So if you have a 4GB Mac, think about adding some extra memory.

How to fix low RAM and memory leaks on Mac

Whether it’s a system bug or a valid RAM issue, there are some things you can do to fix the problem. It’s best to approach this with Setapp at hand because it has a few essential tools to reduce RAM and CPU usage. Let’s see what they are.

Quit All is a simple yet powerful utility that does one thing perfectly — quitting apps. You can choose to quit specific apps that are brutal on your RAM, or quit all active apps at once.

The alert that you’ll see when your Mac runs low on RAM will suggest to force quit some applications. This is not always the best thing to do because you might lose some changes in the files that you had open. Quit All gives you a much safer solution. 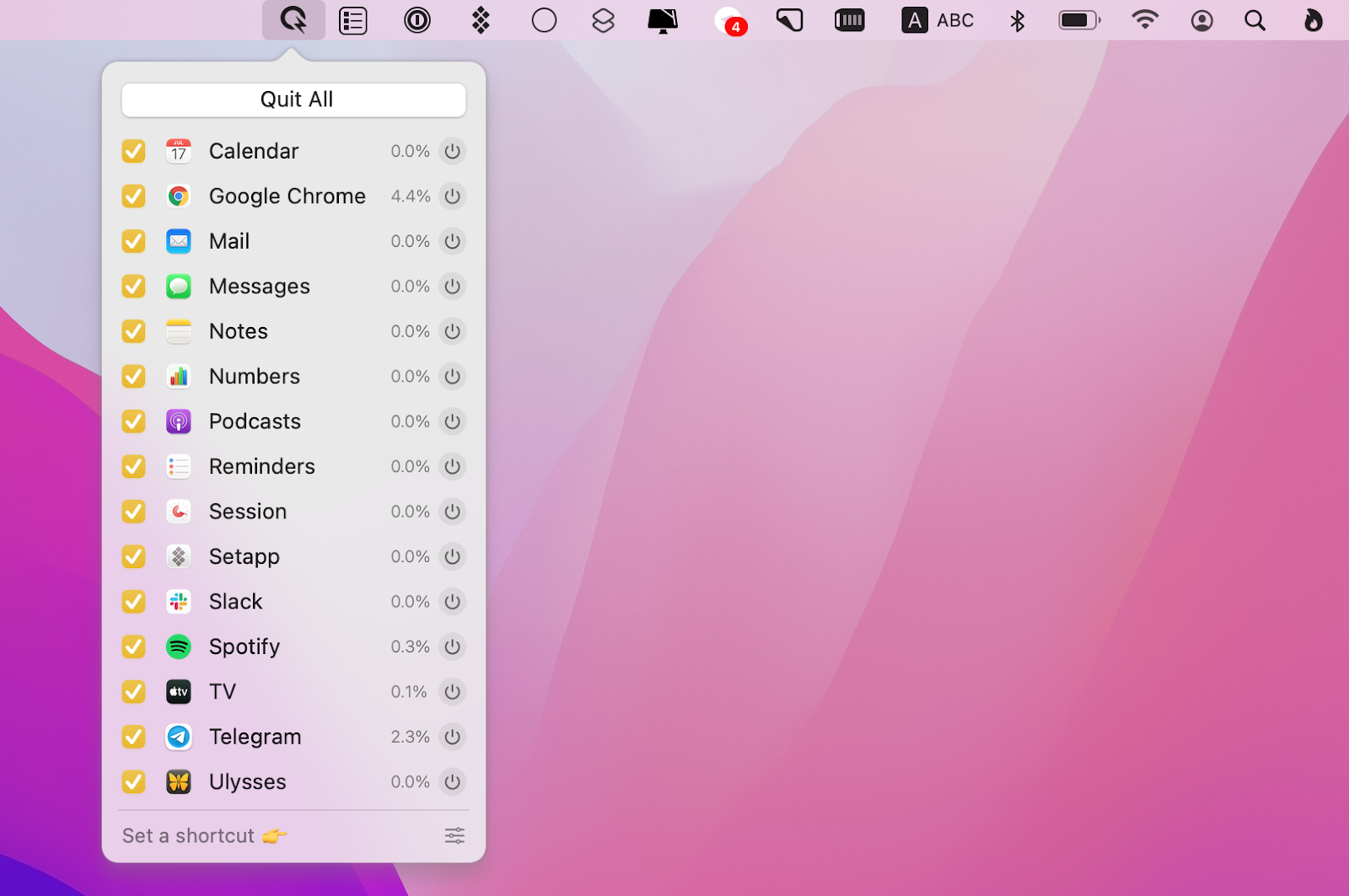 Our favorite thing is that Quit All can show and let you quit all the apps that run in the background. They are usually sipping your Mac’s resources for no particular reason, so it’s great if you can quit them all in one click.

If you notice some apps are consistently eating up too much RAM, follow these steps:

Updating apps often solves their misbihavior and you might see them using much less RAM and CPU after the update. If that’s not the case, think about uninstalling those resource-hungry apps. CleanMyMac X has a feature for that, too. Simply choose Uninstaller in the left-side menu and uninstall multiple apps in one click. 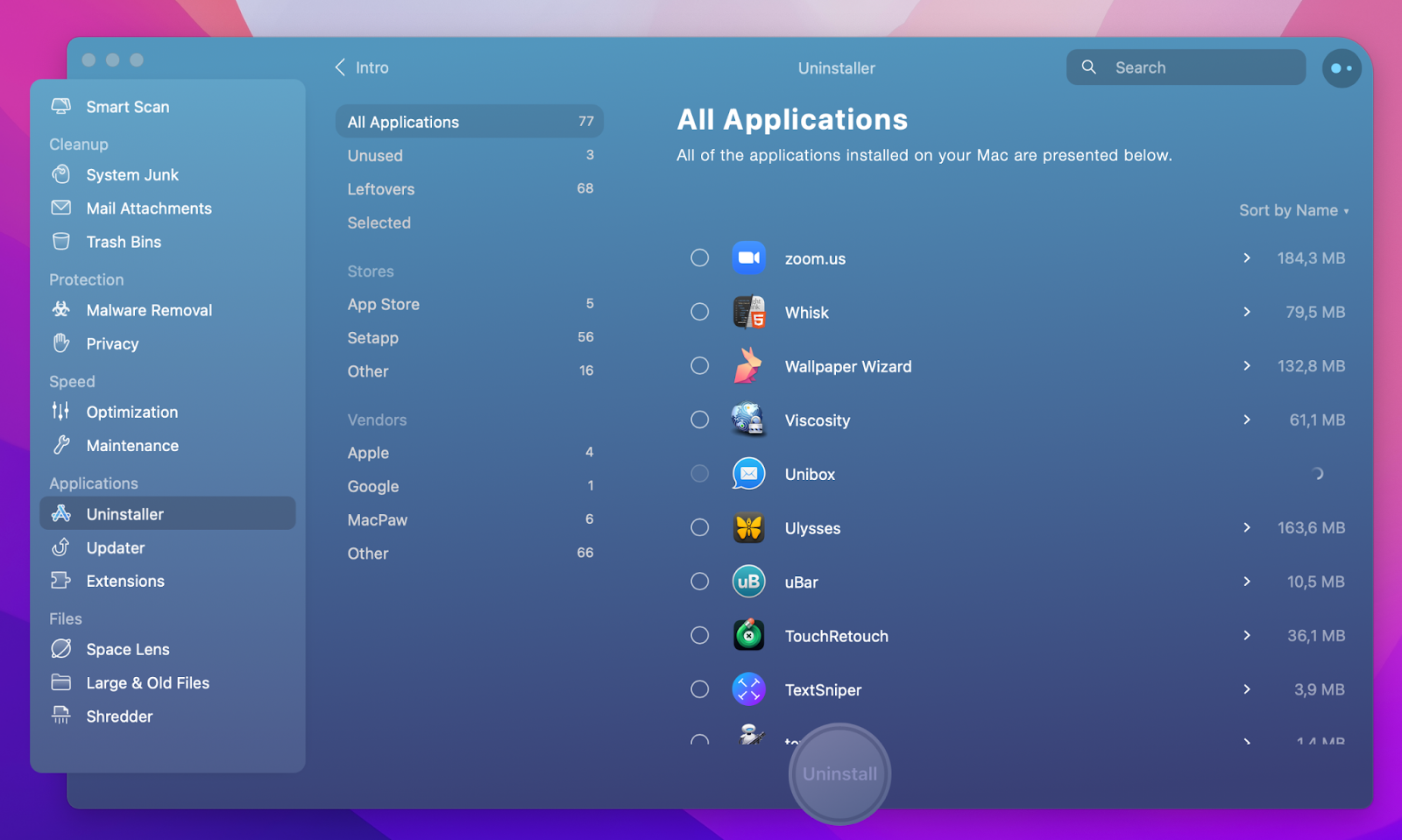 Free up some space

It is true that insufficient disk space can be the reason why you get the alerts about app memory. Unfortunately, it’s not an easy task to free up a big chunk of disk space on Mac because most of the files that occupy that space are hidden in the depths of your operating system.

CleanMyMac X is the best tool to free up disk space by deleting all the system clutter, old logs, document versions, and more. We recommend to run a quick scan at least once a month. 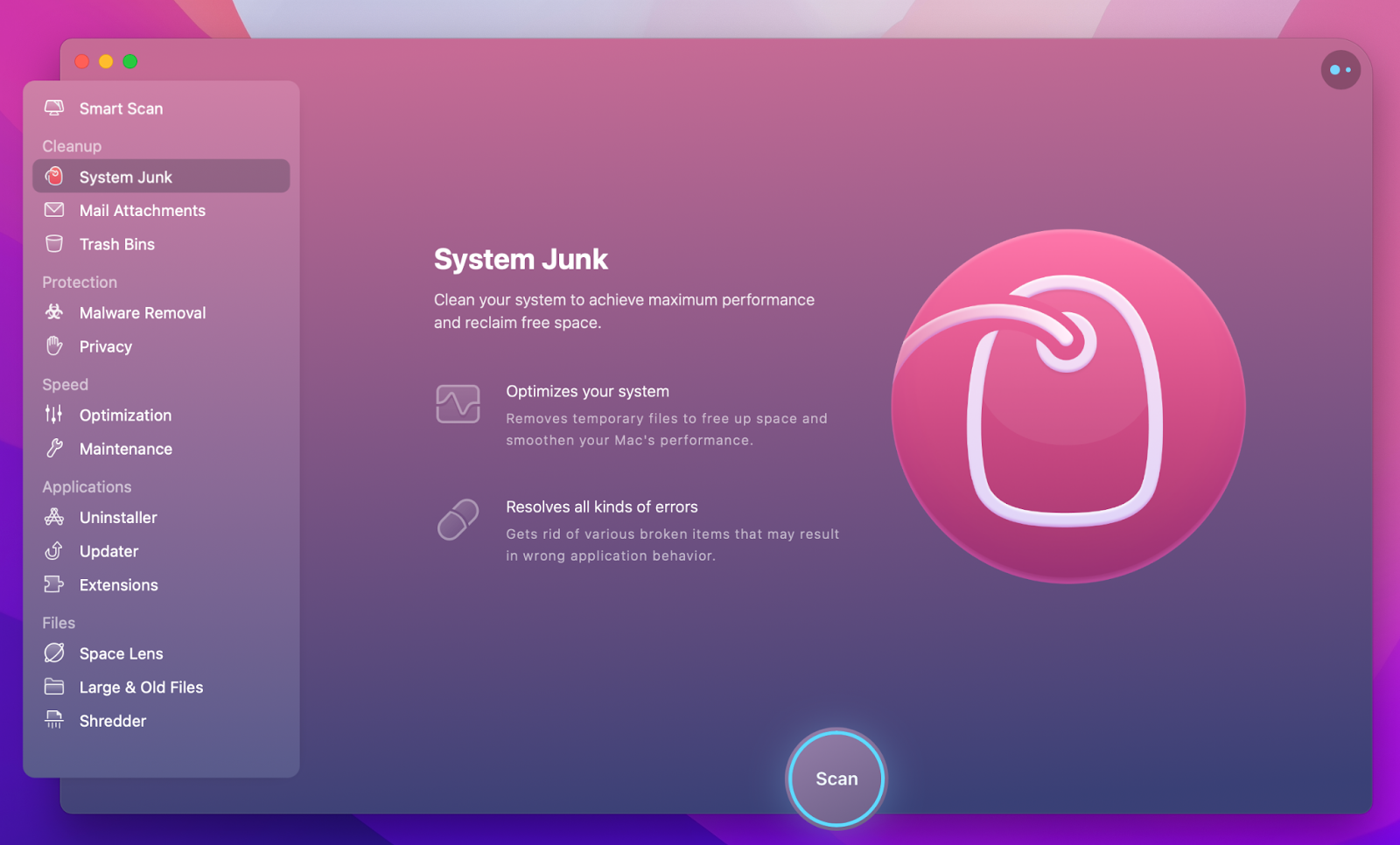 The lower CPU usage, the less memory is required. App Tamer can help save CPU by slowing down or quitting CPU-hungry apps. It works in the background, so you don’t really have to do anything — just install it on your Mac and get live updates on how much CPU it saves.

Tip: If your RAM issue is critical and it seriously hampers your work, the fast fix is to go to App Tamer and click “Include essential system processes.” It’s generally not recommended to slow down system processes because they keep your Mac running, but it can help offload memory if there’s a memory leak bug. 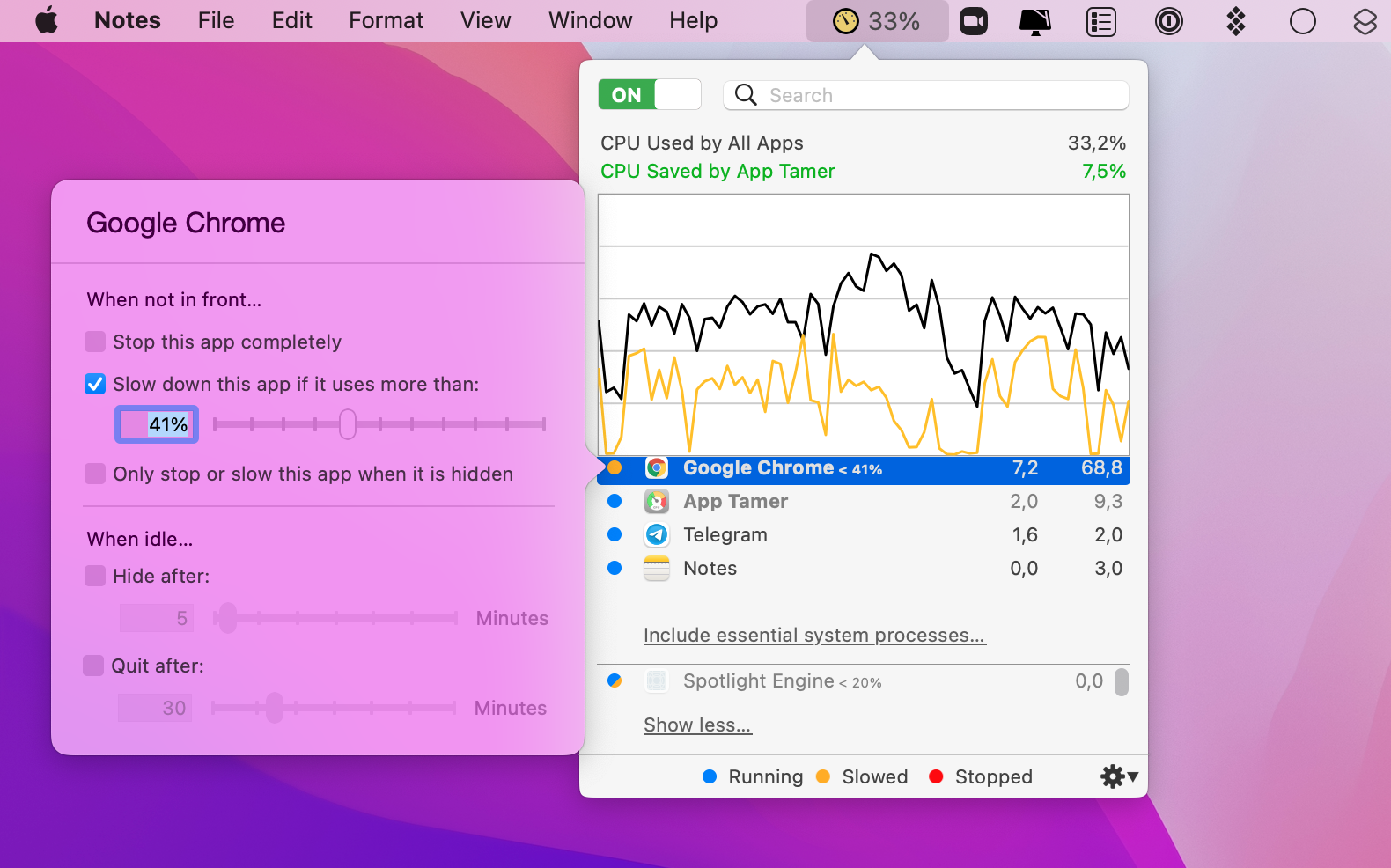 Alternatively, you can install a CPU & GPU monitor through iStat Menus to keep track of CPU consumption and tame the most resource-hungry apps manually.

Setapp has iStat Menus, CleanMyMac X, App Tamer, and Quit All — so you can try them all for 7 days free and continue using for $9.99 per month. If you’re new to Setapp, it’s a productivity platform for Mac and iPhone, which combines the power of 230+ apps to help you get more done.