If you travel to a foreign country and suddenly realize you can’t access YouTube there...yes, that’s the real world. The biggest video site is banned in many locations. This happens not only on a country level, you might also walk into a university or an office space, type youtube.com in your browser, and see a black screen with the “video unavailable” error staring back at you.

It is possible to unblock YouTube videos and we’ll explain how to do it in this article. Please note that we discourage you from violating school and workplace policies. They were implemented for a reason, so only unblock YouTube if you need to access some information and you believe YouTube does not decrease your productivity.

YouTube is believed to be a major distractor — that’s the place where people go to watch cat videos, right? This is the main reason why network administrators might be asked to disable YouTube at your school or office.

Well, one could indeed spend many hours binge-watching YouTube videos of little value, but that’s not the only reason why people go to YouTube. It’s also the major platform for video creators and a source of educational content. So it’s reasonable to want to have access to it, even if you’re at school or at work.

Another common reason for blocking YouTube is online censorship. There could be different levels of censorship — some countries fully ban YouTube as a platform, the others only censor specific videos. For country visitors who rely on YouTube for their work or study, this might be a huge problem. So here’s what to do if YouTube is blocked.

If this is not a one-time issue and you have to access blocked content regularly, we strongly recommend that you install good VPN software on your computer and use it for these purposes. Otherwise, you might try a few other solutions such as proxy and even Google Translate! Here are our top five methods to unblock YouTube videos.

The easiest way to bypass YouTube restrictions is to use a VPN app. For Mac users, there’s no better option than ClearVPN. While it’s based on quick shortcuts, you don’t have to think which location to switch to, just find the “unblock YouTube” option and activate it.

Get the fastest VPN app to unblock YouTube and other streaming services, including Netflix, HBO, and more. Free for 7 days on Setapp.

Now you can go to youtube.com or straight to a specific video and play it. 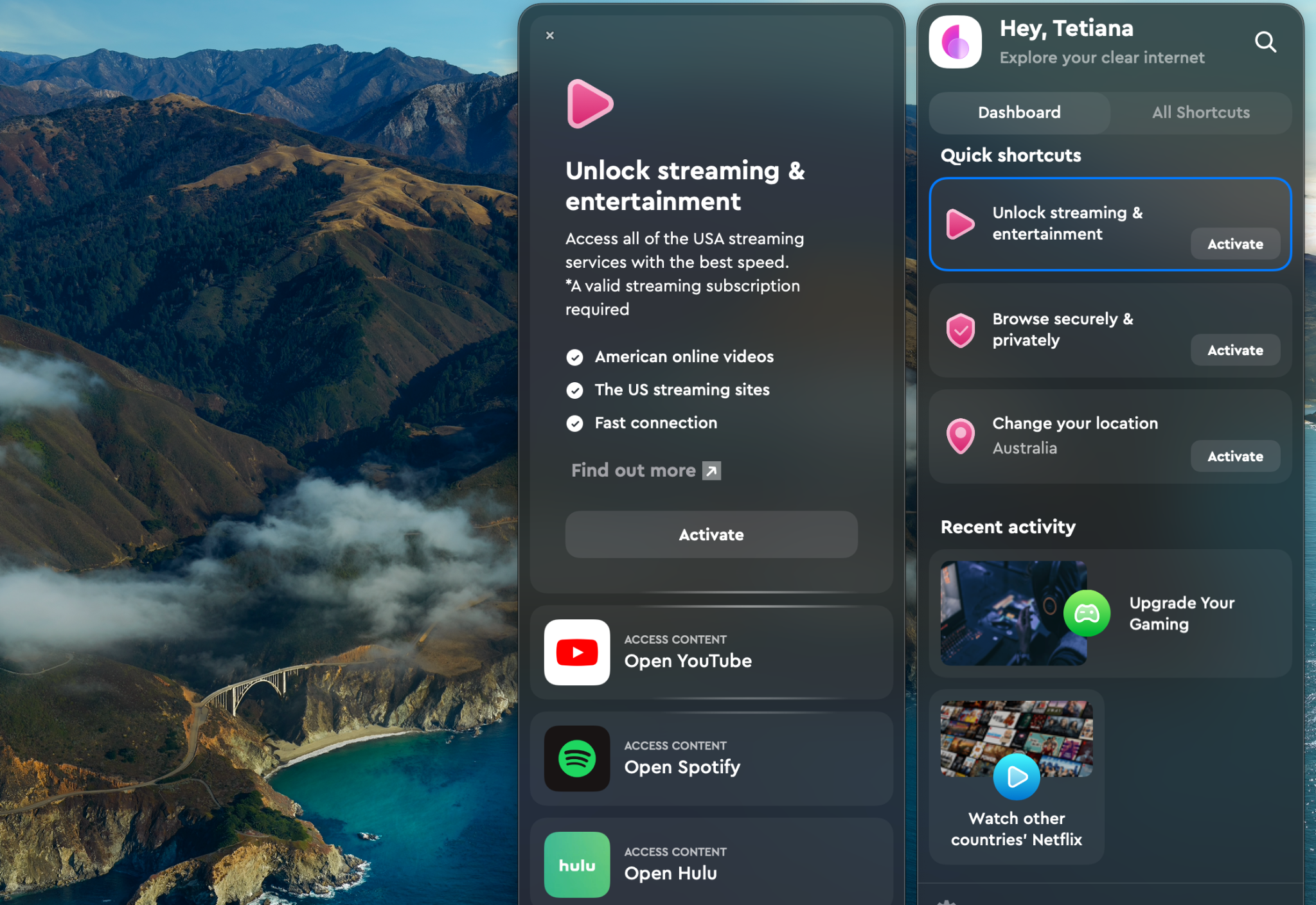 If you don’t have a VPN tool, you can try unblocking YouTube with a proxy, but we don’t recommend this method because it’s less secure and might expose your personal data. Unlike VPNs, proxies don’t encrypt your data, all they do is filtering your traffic through a certain server, changing your IP address — so it appears like you’re in a different location.

You can find lots of proxies online and some of them are also available through browser extensions. If you decide to take a risk and unblock through a proxy, all you have to do is type the URL of your YouTube video on a proxy server site.

The best way to unblock YouTube is not to unblock it. If you just need a few videos from YouTube, you can save them for offline watching before you go to a place where YouTube is blocked. This way you don’t have to bypass any restrictions or violate your organization’s policy.

A quick and reliable YouTube video downloader we recommend is called Pulltube: 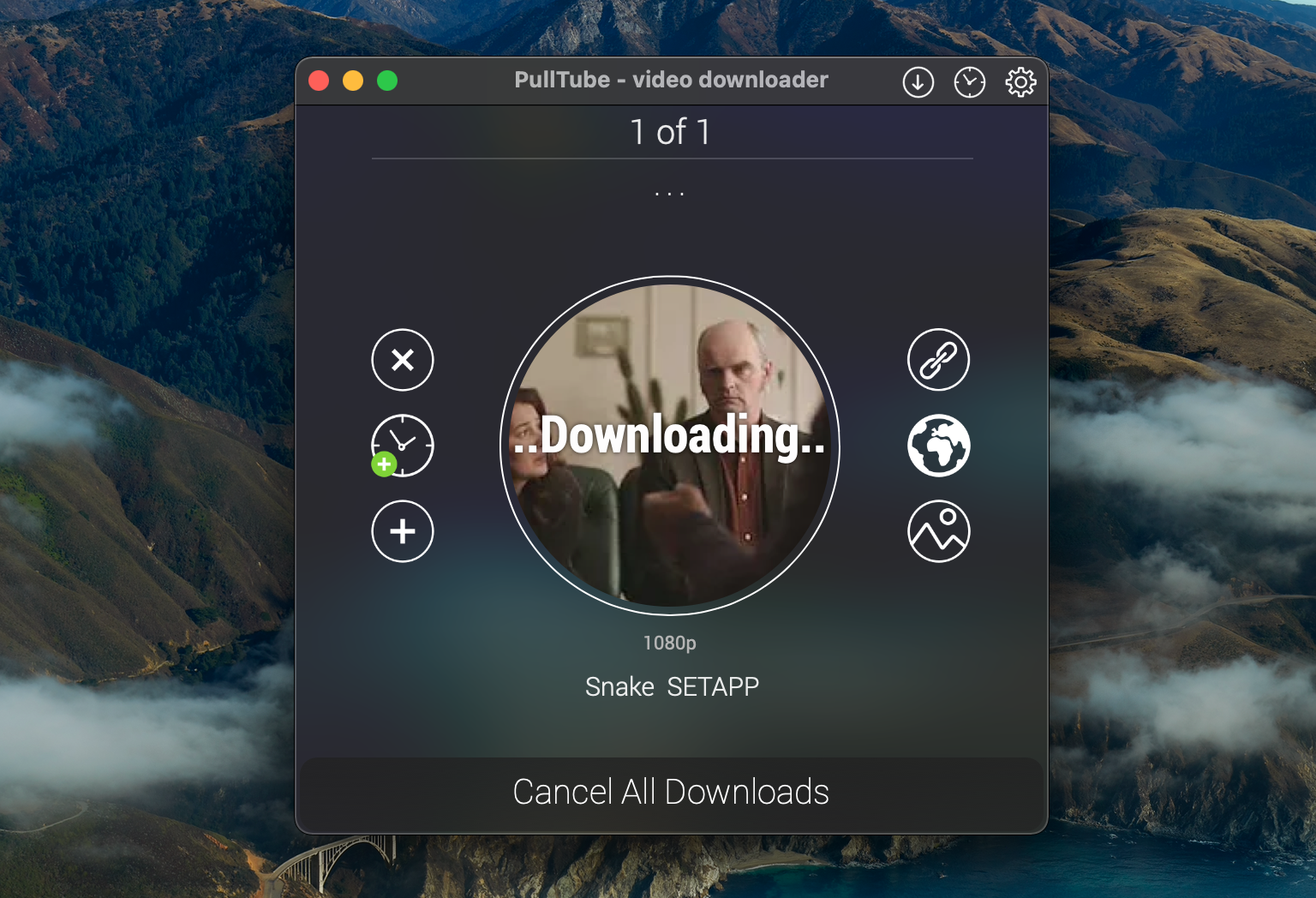 Having a tool like Pulltube on your Mac is super useful — apart from YouTube, it works with 1000+ other sites, including Vimeo, Facebook, etc. We also love its trimming feature that allows downloading just a part of a YouTube video instead of the whole thing.

Tip: If you get Setapp to access Pulltube and ClearVPN, we suggest you also try Elmedia Player (it’s part of the subscription so you get it for free). Elmedia is the best YouTube player with great playback control, which allows you to watch YouTube without ads. 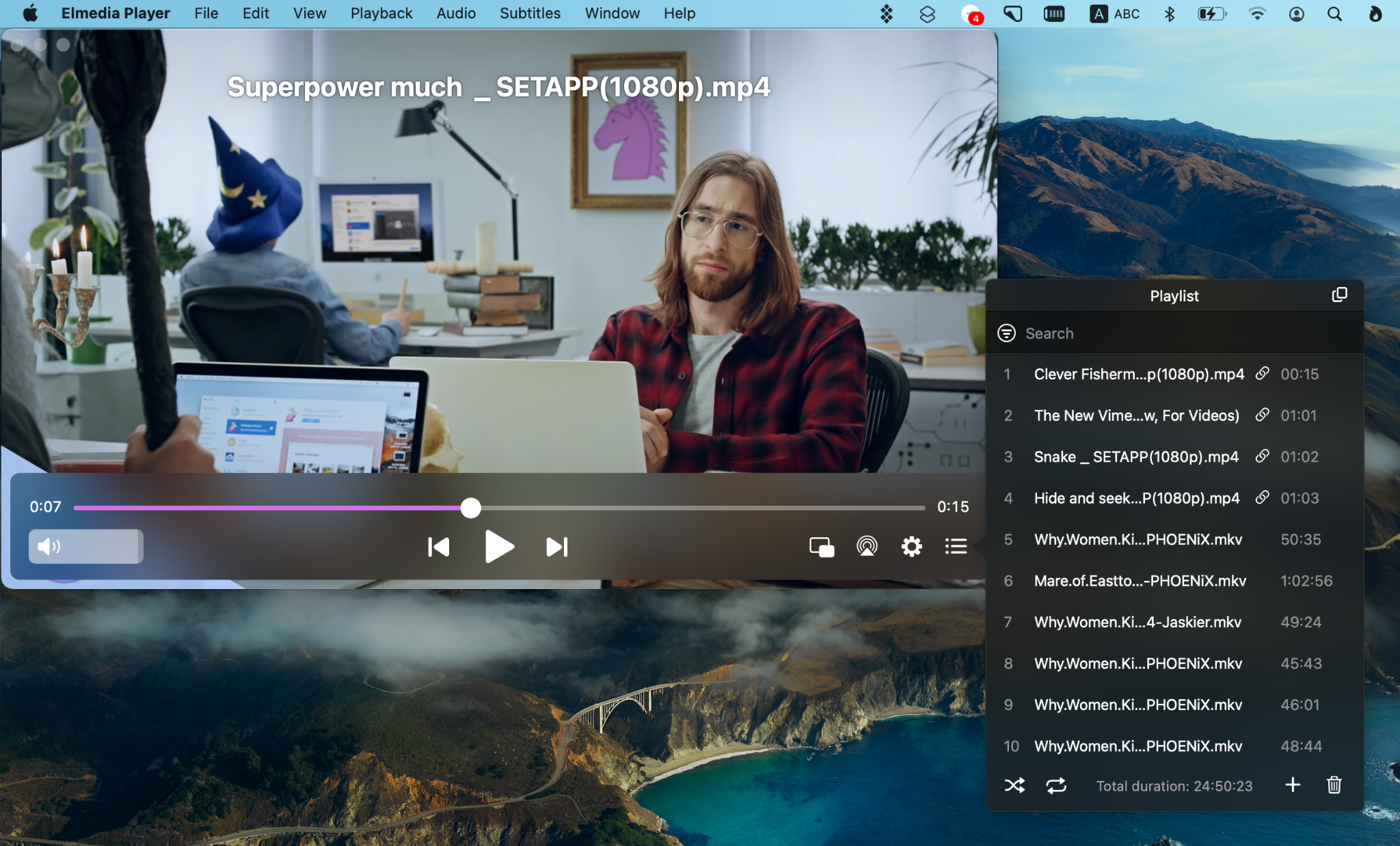 You can also save YouTube videos on your iPhone or Android phone with a YouTube Premium subscription. Here’s how to do it:

This might work for people who don’t mind watching YouTube videos on their phone, but unfortunately, offline watching is disabled on Mac. Also, note that YouTube Premium subscription costs $11.99 per month, so it only makes sense for people who’re already subscribed.

Tor is an anonymous browser that hides your IP address. It operates by sending traffic through different servers — this way YouTube is not able to detect your location. Tor sounds like a good solution to access YouTube from anywhere in the world, and it works like a regular browser: simply type youtube.com or your video URL in the address bar. 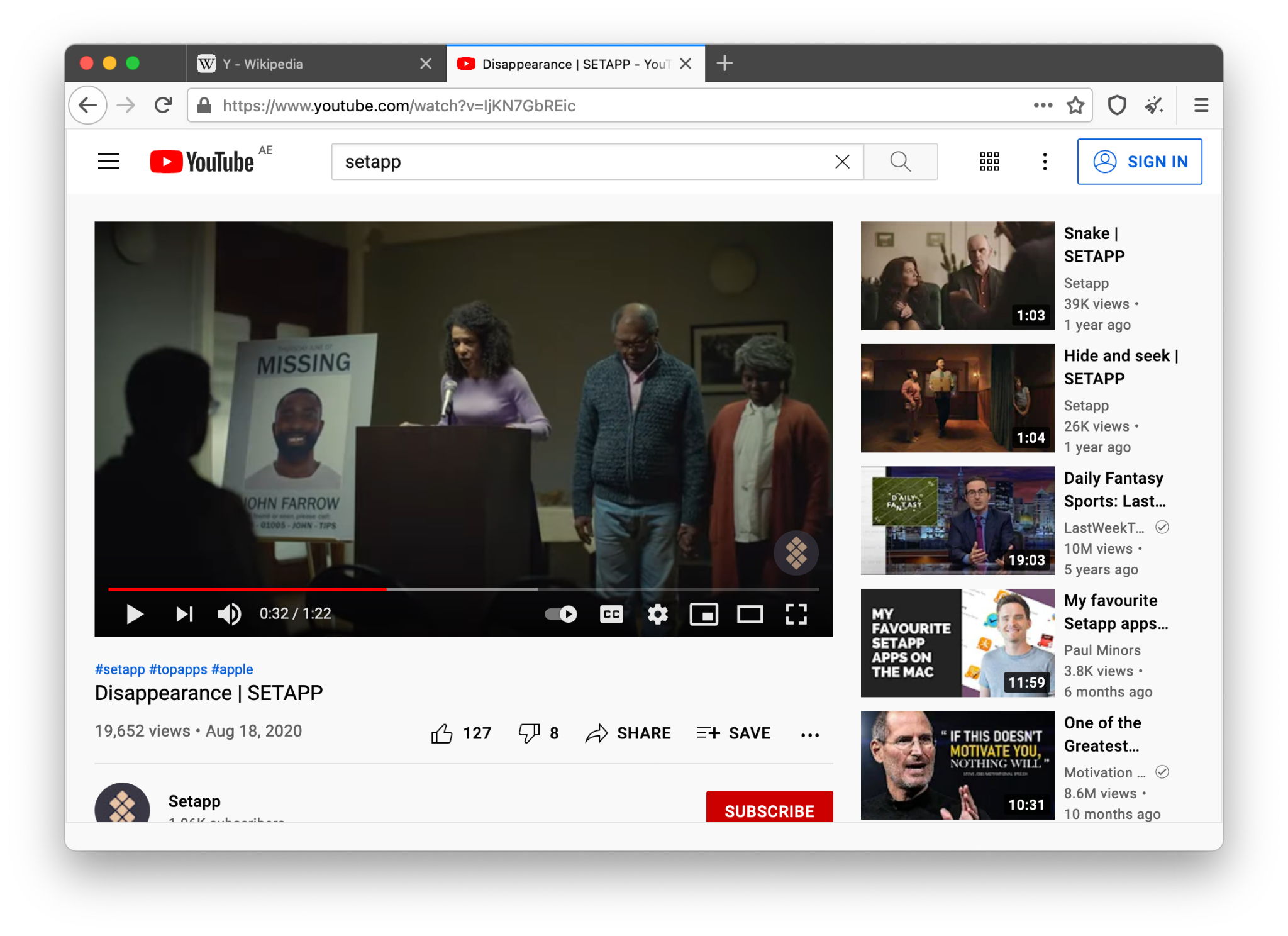 The problem with Tor is that it tends to be really slow, which is why video streaming is not the best use case for it. Because Tor sends traffic through many servers, it naturally decreases the connection speed. That being said, Tor is an amazing tool to keep the web open for everyone — particularly in the countries where the internet is heavily censored. Unfortunately, it doesn’t work very well with YouTube.

The trick with Google Translate

This one might sound weird. But it works! Apparently, you can bypass network restrictions by accessing YouTube through Google Translate — assuming Google Translate is not blocked. This might be a good solution for schools where sites like Translate are usually allowed. 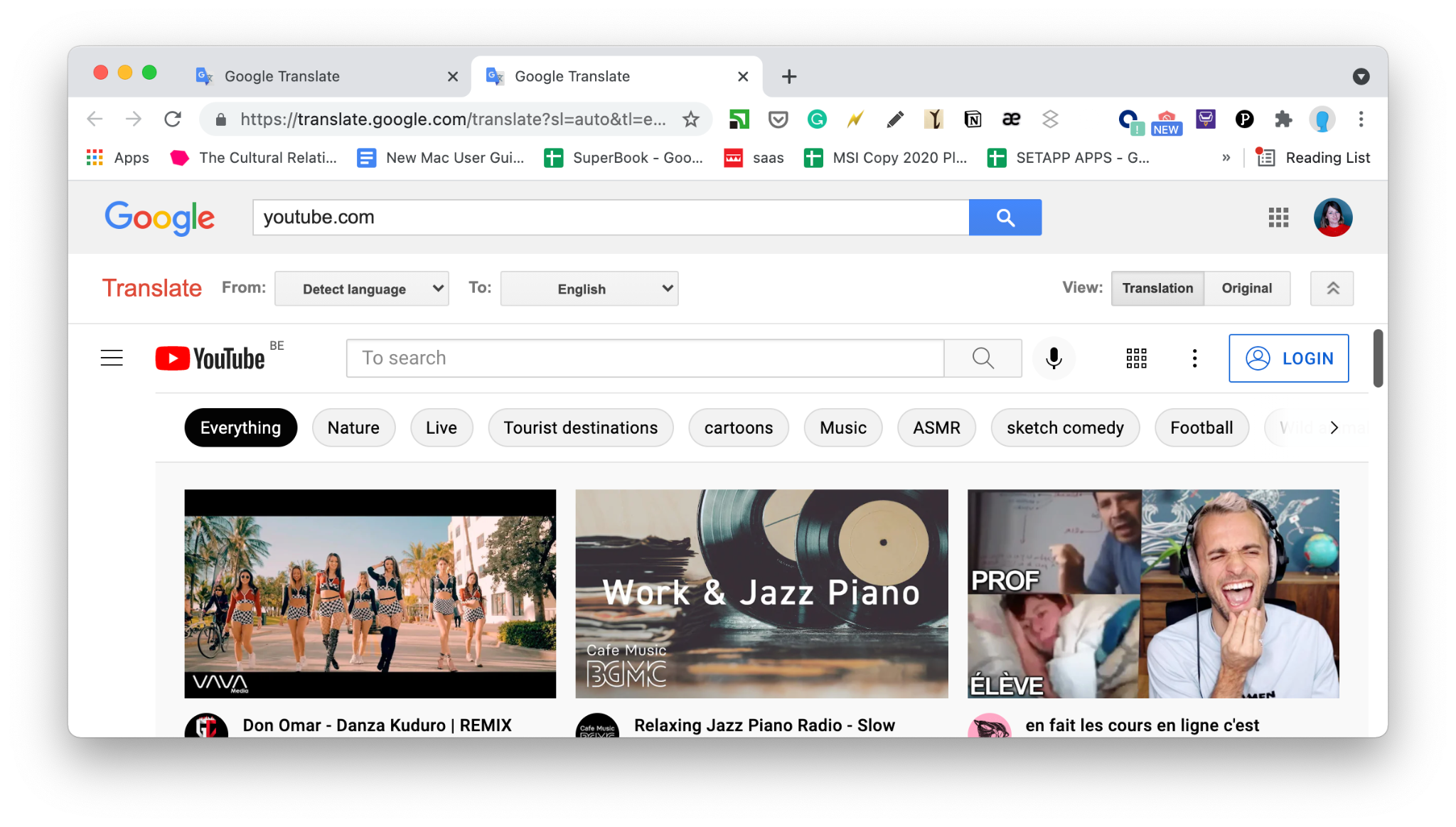 How does it work exactly? The thing is, the “translated” link has a Google domain and not a YouTube domain. If there’s a network firewall, it will think you’re accessing a Google site so it won’t block the page. Note that this is rather a one-time solution that doesn’t work consistently.

If we had to choose the most secure and reliable method to unblock YouTube, we’d choose a VPN. It allows you to bypass network firewalls without exposing your personal data, fast and efficient. Depending on your situation, you might also try downloading YouTube videos for offline viewing or using workarounds such as proxy, Tor, or Google Translate.

Setapp membership gives you access to ClearVPN, Pulltube, and Elmedia Player — the apps that help unblock and download YouTube videos. You can sign up for a free trial to give these apps a try and figure out which method works best for you. 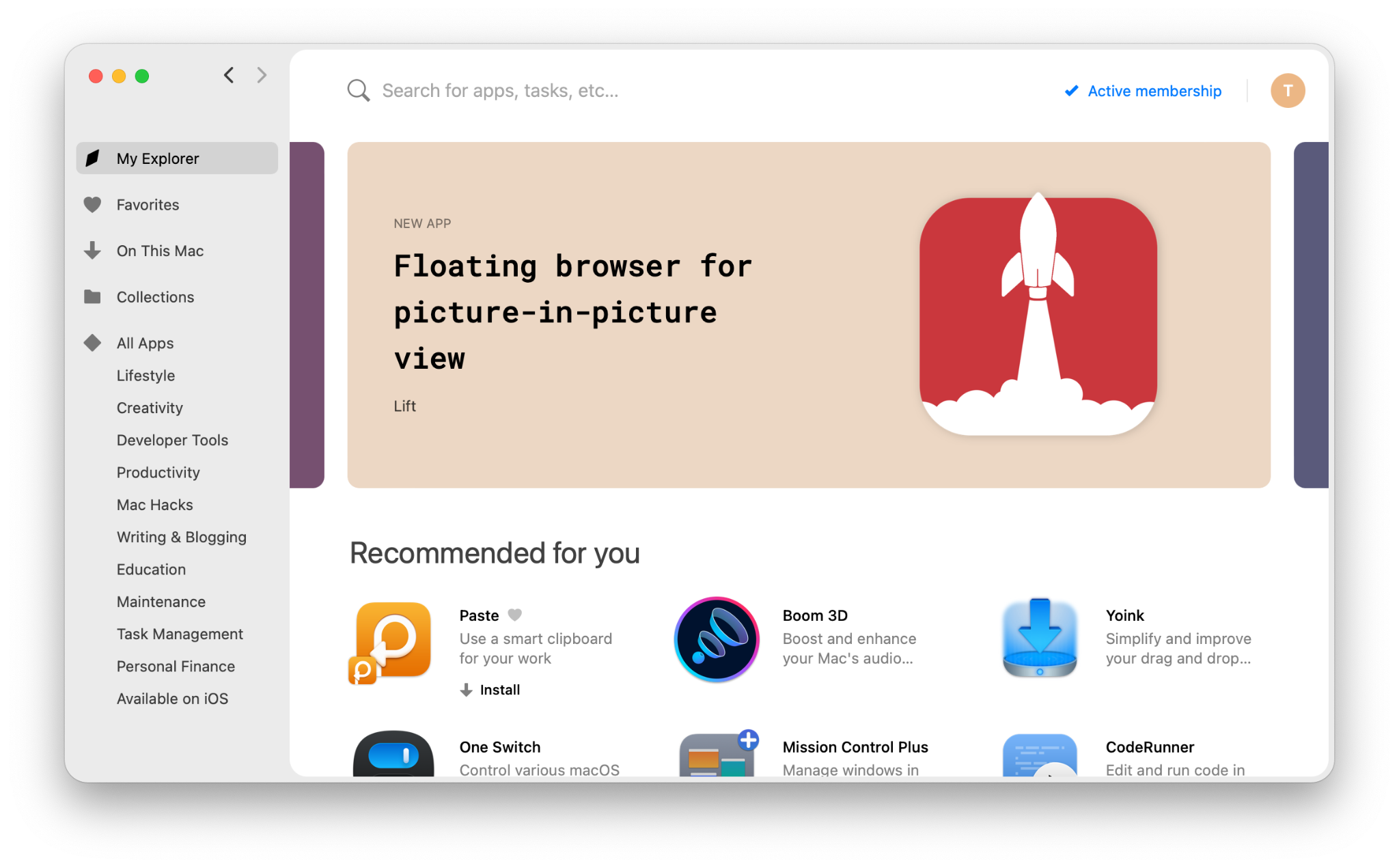 Why are some YouTube videos banned or unavailable in my country?

Most likely, they are being censored by your local government or organization. There are also some copyright laws that allow content creators to restrict the availability of their videos by location. For example, if some German TV network puts a video on YouTube, they can license it to be shown only in Germany.

There’s no yes or no answer to this question. It can not be considered illegal to bypass the network firewall at a workplace or school. However, your organization might enforce some sort of penalty in case they catch you violating the policy. In some countries with strict online censorship, unblocking YouTube can be illegal, so make sure you know the local laws.

A VPN is the most secure method to unblock YouTube videos, and in most cases, it’s legal to use a VPN to unblock certain services, providing it doesn’t violate the Terms of Use of those services. However, some countries ban VPNs, so make sure you know the local regulations.