For a long time, Mac users never had to worry about viruses. Macs were immune, which meant that a combination of hackers not bothering with Macs and in-built security features kept Macs safe.

Between Gatekeeper, which blocks software that Apple hasn't approved and that can’t run on your Mac without your approval and the Mac OS running on Unix, which comes with multiple security layers, viruses, malware and adware have a hard time getting into Macs.

Macs even have a malware scanning tool, running silently in the background, known as Xprotect, which scans everything downloaded to make sure it's not Malware. Apple also has a constantly updated list of malicious software which are all blocked from finding their way into the Mac ecosystem.

Until recently, all of these layers of security has been enough. But malicious hackers and cybercriminals are getting smarter: They want to get into your Mac, steal data and wreak havoc.

Unfortunately, those golden days when Macs were free from viruses are over. In the last 12 months, there has been a 230% increase in Malware on Macs and the App Store is now fighting to find and remove hundreds of scam apps and software; both are issues that didn’t really exist a few years ago.

Macs can now get infected with Adware and Malware. Watch out for your Mac starting to unexpectedly slow down, overheat or act funny. Unexpected behaviour is a red flag. You might want to run a scan and make sure that you aren't infected, then delete the offending malware, ransomware or another piece of malicious software.

However, some Mac viruses, trojans and other malicious pieces of software don't alert the user to what they are doing. Some can sneak in, either thanks to hackers who steal authentic Apple digital signatures from professional developers, or they hide inside email attachments, or Adobe Flash, or other legitimate pieces of software that Apple has already approved. These are just a few of the ways viruses can get inside your Mac before they get to work stealing and transmitting passwords, iPhone backups, bank details and other data to criminal gangs.

Now that you’re aware of these threats you probably feel like giving your poor Mac a scan, clean and put it to bed early so that it’s safe from cybercriminals. Thankfully, there are a few ways you can do this quickly and easily without interrupting your working day or taking it to an Apple Genius Bar.

How to remove malware and other viruses

Malicious apps and files can be rather hard to pin down. To stay safe we can recommend two apps that are smart at detecting unusual activity and software that shouldn’t be on your Mac.

CleanMyMac, which over 3 million people have used to find 62GB of extra storage each, on average. Not only does this find and remove duplicate files and other applications taking up too much space, but it knows when something is out of place. It will scan your Mac for malware threats and can spot, alert and recommend you delete anything that looks and acts like malware, adware or anything else malicious. 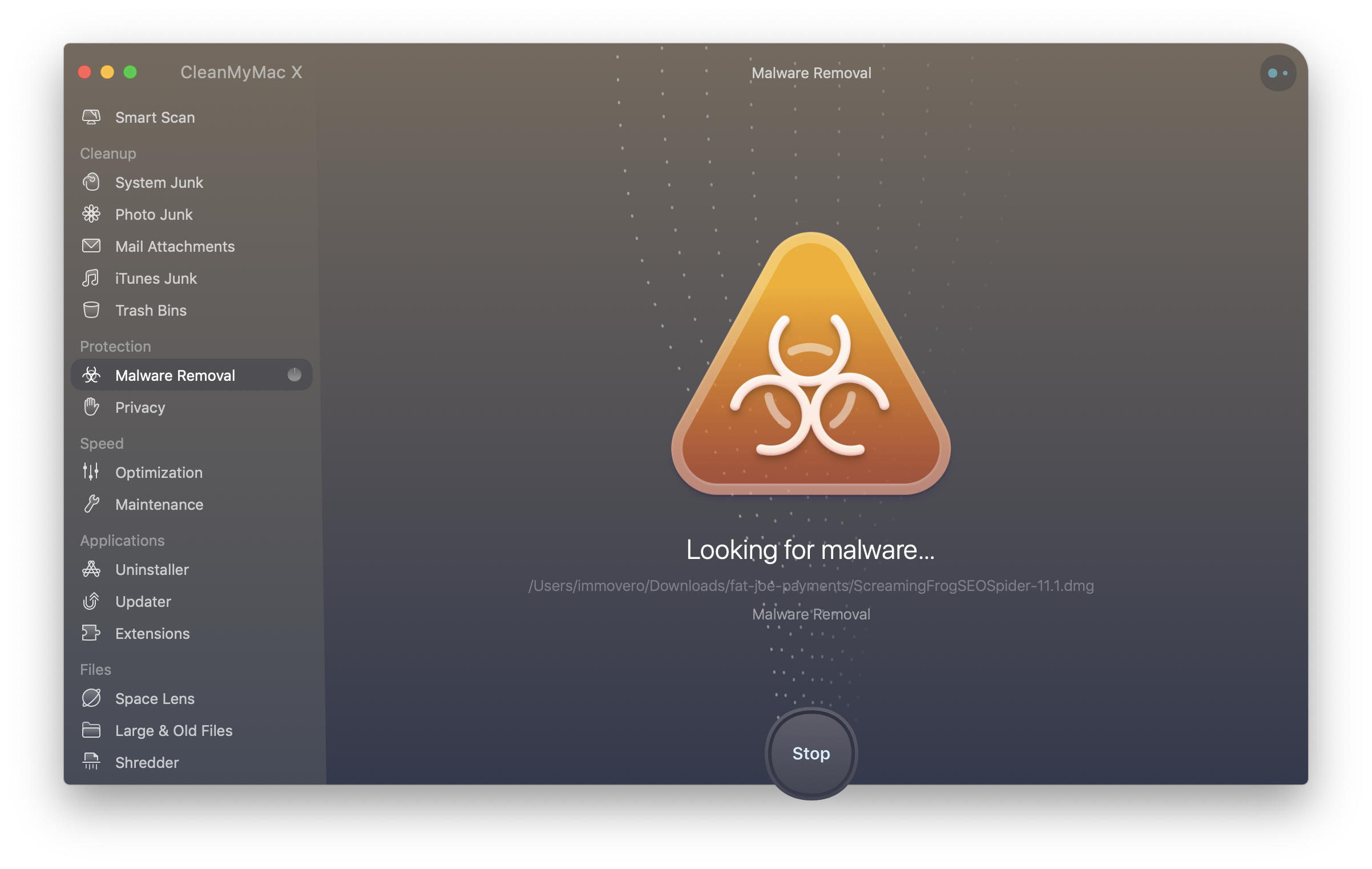 iStat Menus, also available from Setapp will monitor CPU and GPU performance while also giving you a S.M.A.R.T. status monitor for a wide range of Mac features and applications. Very helpful if you want to make sure something hasn't got into your computer and is transmitting data to a third-party. 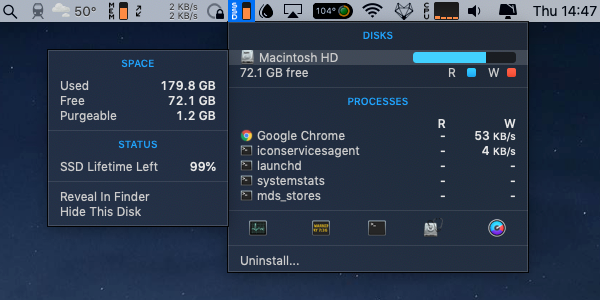 Both are available from Setapp and come highly recommended.