Have you ever noticed that you practically never see any system files on your Mac? Even though macOS takes up tens of gigabytes on your hard drive, there are no traces of it to be found.

The system is set up this way because macOS prefers to hide critical data away from users, to safeguard them from accidentally deleting or tampering with files that can break your Mac.

Become a Mac power user in one step

Download Setapp and get access to 230+ powerful Mac and iOS apps to do absolutely anything, from optimization to finance.

However, sometimes users who know what they are doing need to access hidden files and folders like usr, local, bin. How can it be done?

In this article, we’ll explain what bin folder and Mac usr folder are, how to open bin files on Mac, and what’s the safest way to manage hidden files.

What is a bin folder?

By looking at the name, you might assume that the bin folder is the same as Trash, but it couldn’t be further from the truth.

Bin stands for “binary” — a directory of all executable commands for your apps. Advanced users might want to access the bin folder to change various app configuration files or license numbers, for example.

What is a usr folder on Mac?

Another hidden Mac destination is the usr folder. Its name doesn’t just come from “user” as most people think. It’s an abbreviation of “user related” and contains various read-only data, libraries, documentation, binaries, and other read-only software — all the things that apps on your Mac need to operate smoothly, but that users don’t really ever need to see.

Why is usr not visible on Mac?

The reason macOS hides folders like usr and bin is the same reason plumbing and wires are hidden in your house. They are not pretty, and something can go very wrong if you modify them in a way they are not supposed to be modified.

However, macOS also gives a few options for power users to access all parts of the system. Users can do it through Finder, Terminal, or other third-party apps.

The general problem with usr, local, bin, and other similar folders is that they are simply not visible. You can’t even know they are there unless you’re specifically looking for them.

The first thing you can do is to make all invisible files visible. To do that, go to Finder and then use the shortcut Shift + ⌘ + . (dot).

You’ll see some new files in light gray color appear with a dot before their name (e.g. .Trash).

So where is /usr/local/bin? To locate it: 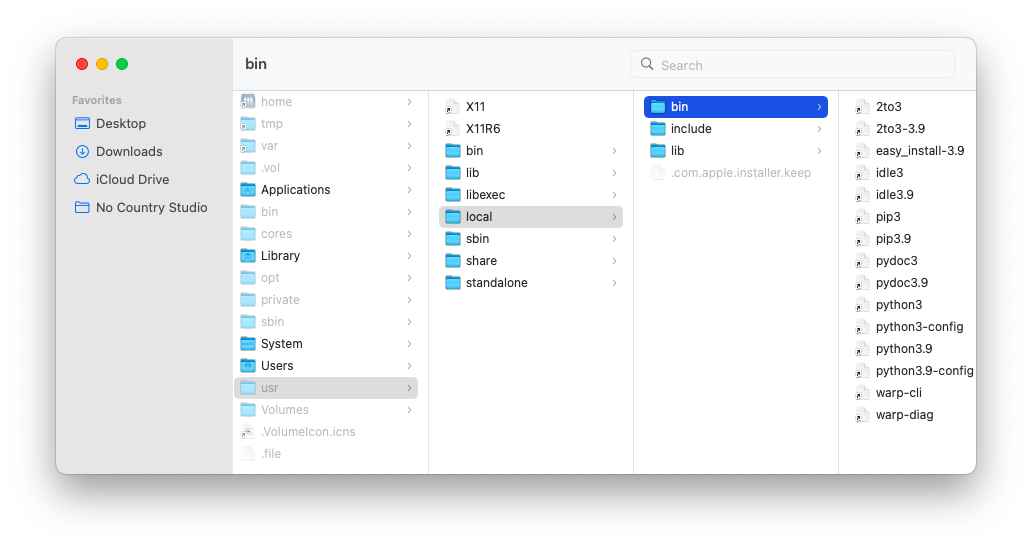 If you’re working with files and folders in Finder all the time, moving files around, copying them, transferring them between devices, and so on, you might benefit from using a powerful file manager, such as Commander One.

Commander One is a great alternative to Finder. This dual-pane file manager makes managing any files and folders a breeze. Navigate two separate file environments in one place, use a quick search that allows for Regular Expressions, transfer files to iOS or Android, connect to your server via FTP, unpack any file with the archiver tool, and much more.

How to find a bin folder in Terminal

Since macOS is built on top of the UNIX system that’s mainly managed by the command-line interface, Mac has its own version of it called Terminal.

Terminal is a utility that gives power users access to practically everything on their Mac through special commands.

A simple command to list all files and folders in the current directory is ls -la followed by Return. You’ll immediately see all the hidden files in your directory as well (those with a dot in front).

To go up a level in the folder structure, type cd ../ and then Return. To go down a level, type cd [folder name] and Return.

This is how you can find any files or folder on your Mac.

How to look for folders like /usr/local/bin on Mac

Both Finder and Terminal are good ways for locating folder paths like /usr/local/bin. But most users will probably be more comfortable with something more visual.

CleanMyMac X is a user-friendly Mac optimization app that makes all kinds of complex processes work at the click of a button. You can get rid of junk, check for malware, uninstall apps completely, and much more.

One of the best features of CleanMyMac X is called Space Lens, which gives you a very visual representation of your Mac folder structure as well as all the files.

To use Space Lens: 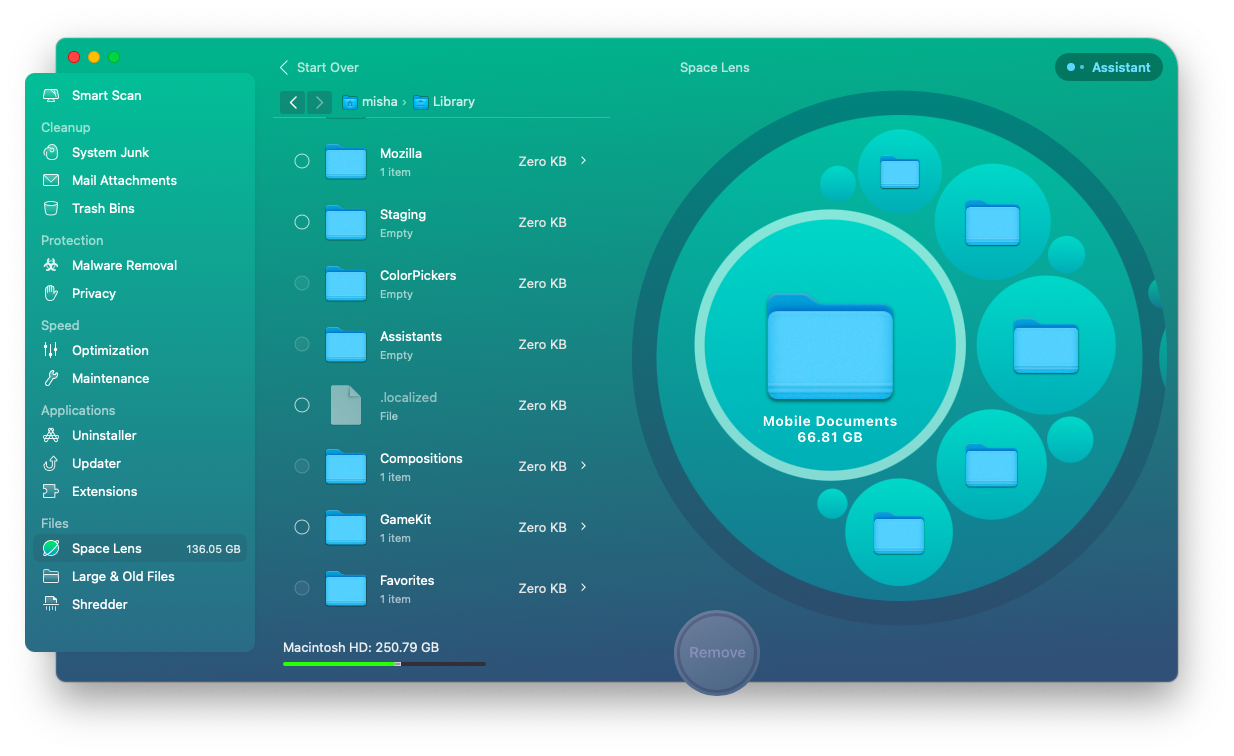 As you can see, usr, local, bin, and other hidden folders can be accessed quite easily, whether it’s through the Finder, Terminal, or with the help of powerful apps such as Commander One and CleanMyMac X. Now, you can do it all!

Best of all, Commander One and CleanMyMac X are both available to you for free for seven days through the trial of Setapp, a platform with more than 240 Mac and iOS apps for any task you can imagine, from managing your budget (MoneyWiz) to auto-hiding files (Spotless). Try every Setapp app today at no cost and watch your productivity increase!