It’s 10 minutes before an important Zoom meeting and I’m texting my team on Slack saying “my MacBook Pro won’t boot past Apple logo.” Real story, lots of frustration. Little did I know it was possible to fix the problem in less than 10 minutes and show up for my meeting in time. Hopefully, this article will help you avoid my mistake. Let’s dive right in.

If you’re trying to turn on your Mac and it just doesn’t work, it’s very easy to start panicking. Because how can you fix MacBook stuck on Apple logo if it’s just a black screen? Well, you can. Before we give you the instructions, let’s briefly outline the main reasons why the problem happens in the first place: 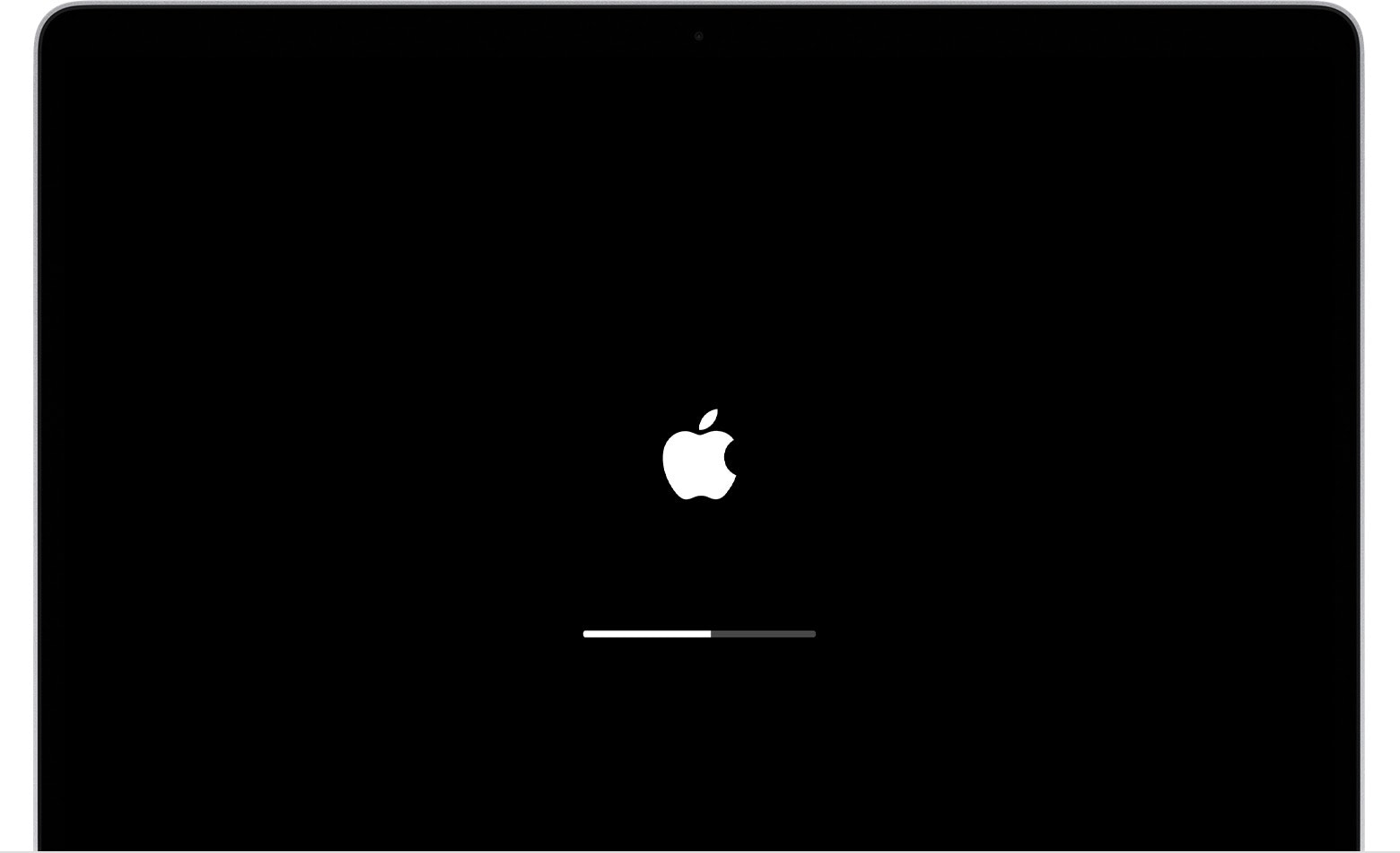 While it’s pretty hard to tell exactly what causes Mac freezing on startup, there are things you can do to fix it. Below we describe all the troubleshooting methods you should try one by one. At some point, one of them will work for you and your Mac will start up all the way.

Tip: No need to read through all the steps after you’ve already fixed the problem, but — pretty please! read step 8 to learn how to keep your data protected, just in case a similar problem occurs in the future.

1. Give it some time

Sometimes, it takes your Mac a few seconds to boot. Sometimes, minutes. Sometimes, hours. For instance, if you’ve been installing a macOS upgrade, it takes quite a while until your Mac restarts after completing the installation. This is why Apple recommends running major updates in the evening, after you’ve finished your work. In such cases, you don’t need to be worried about your Mac stuck on Apple logo — it’s not stuck at all, it just needs some time.

If you’ve given it some time and nothing happened —the progress bar doesn’t seem to be moving —it’s time to force restart your Mac. Press and hold the power button for about 10 seconds until your Mac turns off. Wait a few seconds and press the power button again to reboot your Mac.

Rebooting your Mac in Safe Mode helps fix the problem in case there are some file system issues or your Mac is running low on disk space. So if Safe Mode has worked for you, it’s super important that you investigate those issues after you reboot your Mac.

Make sure you have at least 10GB of free storage on your disk — you can check it through iStat Menus with a click. If you don’t have enough disk space, run a quick cleanup with CleanMyMac X, and your Mac will be back on track instantly. 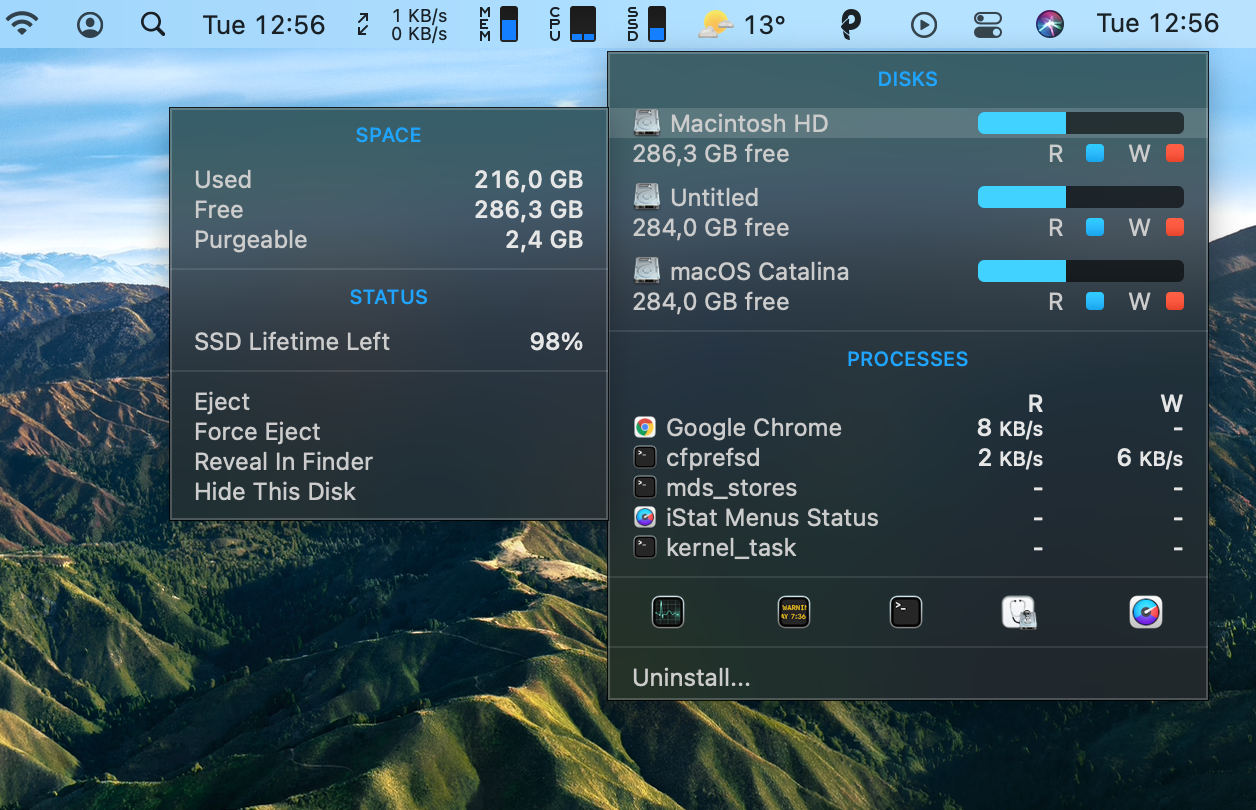 Here’s how to boot your Mac in Safe Mode:

Note that it may take a while until your Mac reboots in Safe Mode (usually a bit longer than a regular reboot).

PRAM and NVRAM have to do with memory. It includes sound volume, display resolution, time zone, and more. If there’s anything wrong with the memory settings on your Mac, it could cause the Mac won’t load past Apple logo problem. Here’s how to reset PRAM/NVRAM settings: 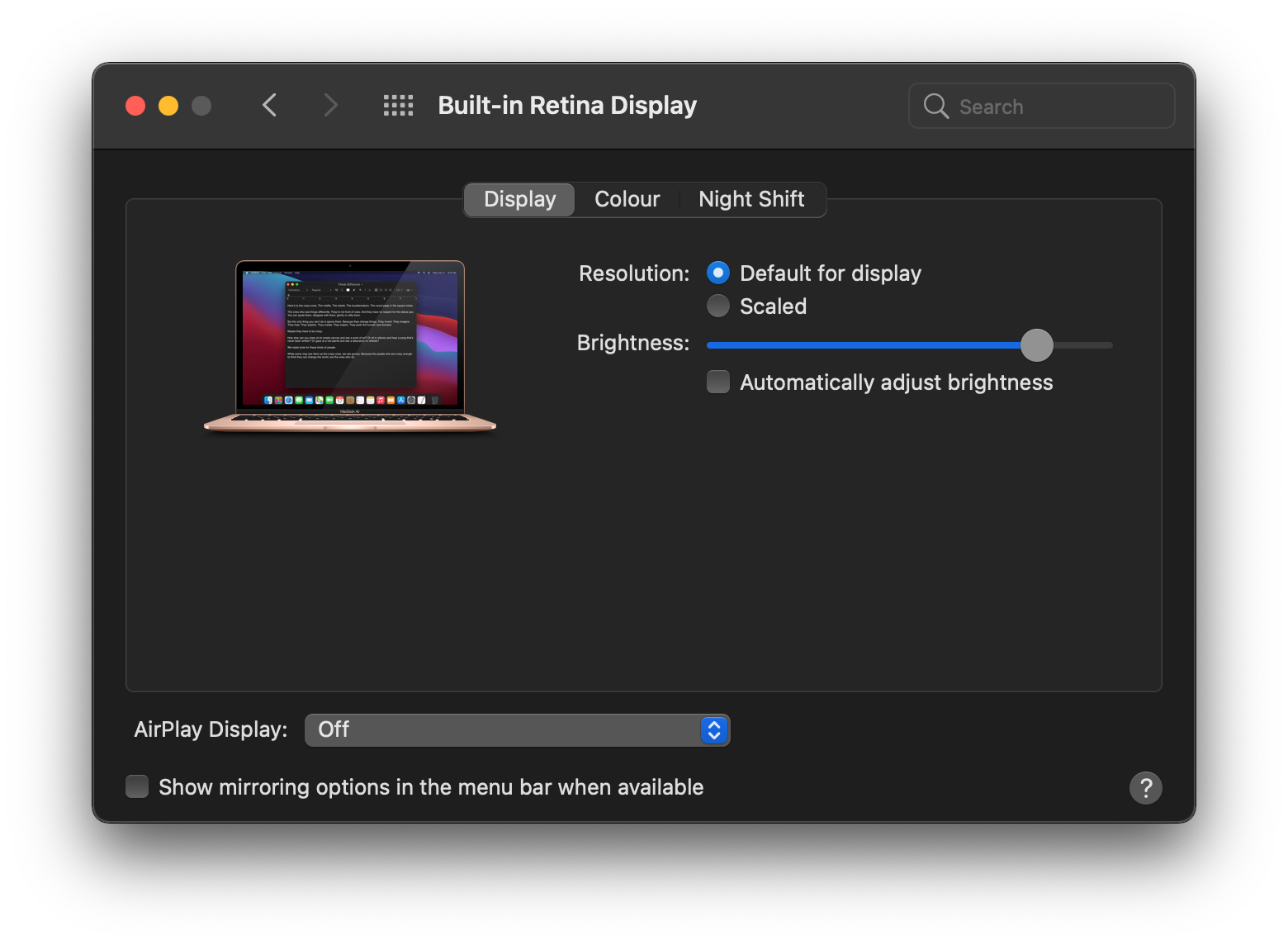 Check whether your problem has anything to do with SMC —the System Management Controller that is responsible for things like power, fans, and battery.

Here’s how to reset SMC for Macs with a nonremovable battery (MacBook Air/Pro released in 2009 or later):

Here’s how to reset SMC for Macs with a removable battery (iMac, Mac Mini, MacBook Air/Pro released before 2009):

If there’s anything wrong with your Mac, Setapp can fix it. Get an ever-growing collection of troubleshooting apps.

6. Run First Aid on your disk in Recovery Mode

By now, we’ve figured out you’re most likely dealing with a hardware issue. It’s possible your disk permissions are broken or there’s some other problem with your disk. Let’s try to fix it: 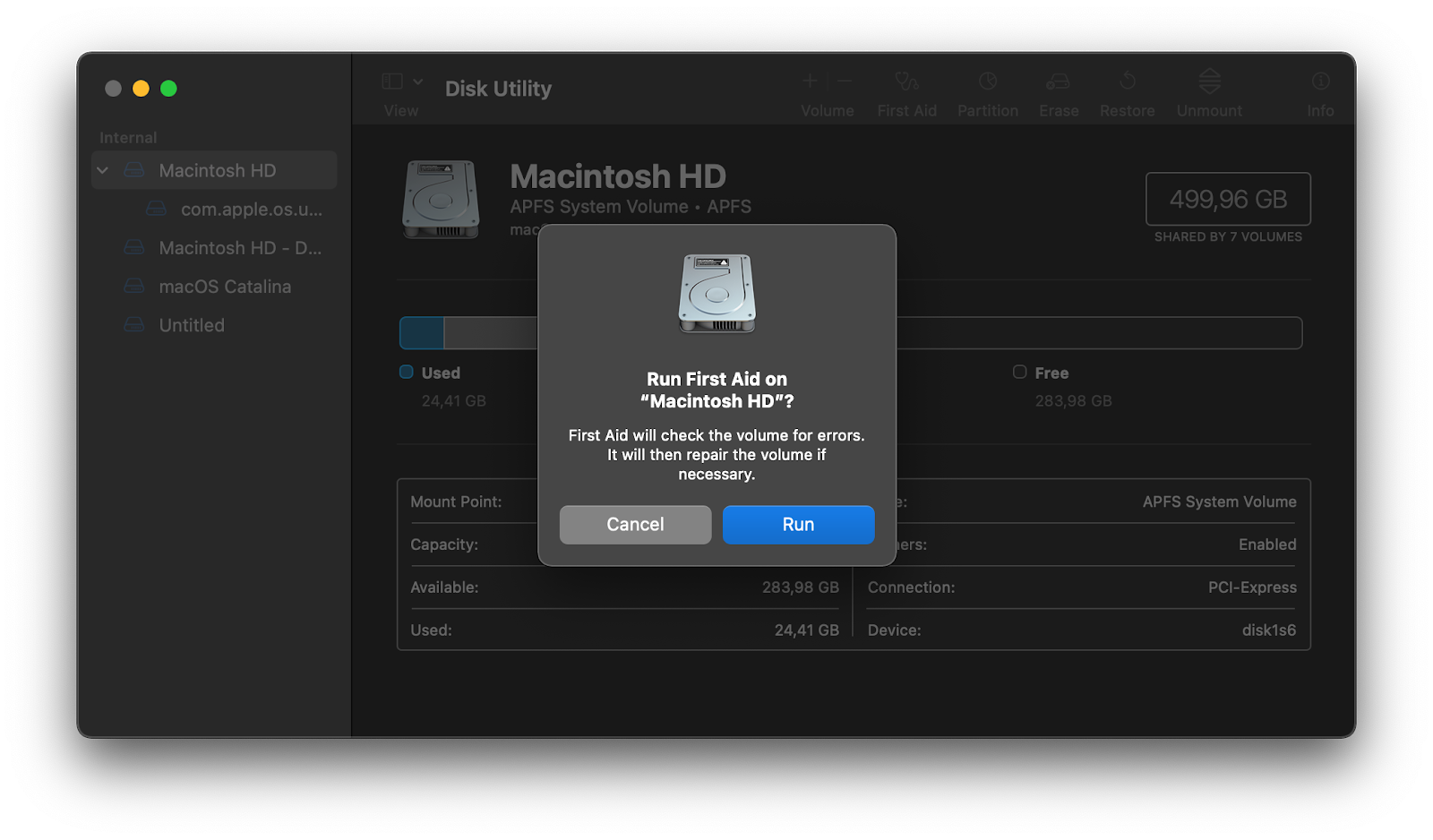 If your Mac still won’t boot normally, you should use the Apple Diagnostics tool to scan it for other hardware problems. Here’s how to do it:

8.Recover lost data and take steps to prevent it in the future

Hopefully, the Mac freezing on startup problem doesn’t damage any files stored on your Mac. But even if it happens, there’s no need to worry. Disk Drill will bring it all back.

Disk Drill is a great Mac utility that can recover any files you’ve accidentally deleted or lost due to software or hardware issues. And not only that! It cleans up your drive, finds duplicates, extracts data from your Time Machine backups, and more. 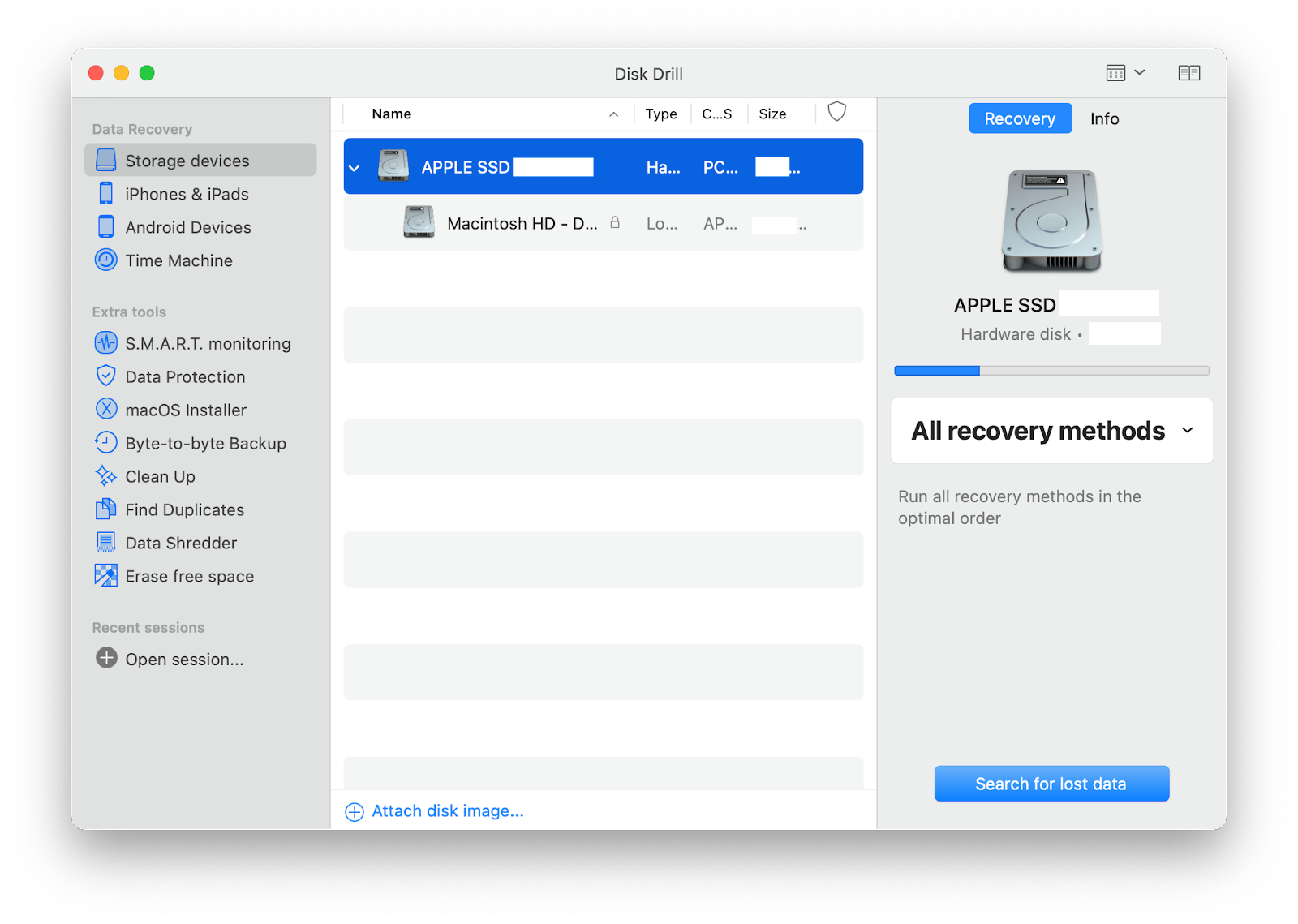 Here’s how to recover deleted or lost data with Disk Drill:

To prevent data loss in the future, back up those files that you really care about with the Get Backup Pro app. Unlike Time Machine, it doesn’t ask you to back up the whole drive and doesn’t eat up a huge chunk of your storage space by creating backup copies.

And if it’s too late to worry about disk space (because you’re already running low on it), get CleanMyMac X. In fact, get CleanMyMac X in any case. It’s a superb Mac cleaner that removes all the junk, system files, and duplicates from your drive, eventually helping you avoid issues like “MacBook Pro stuck on Apple logo and spinning wheel.” 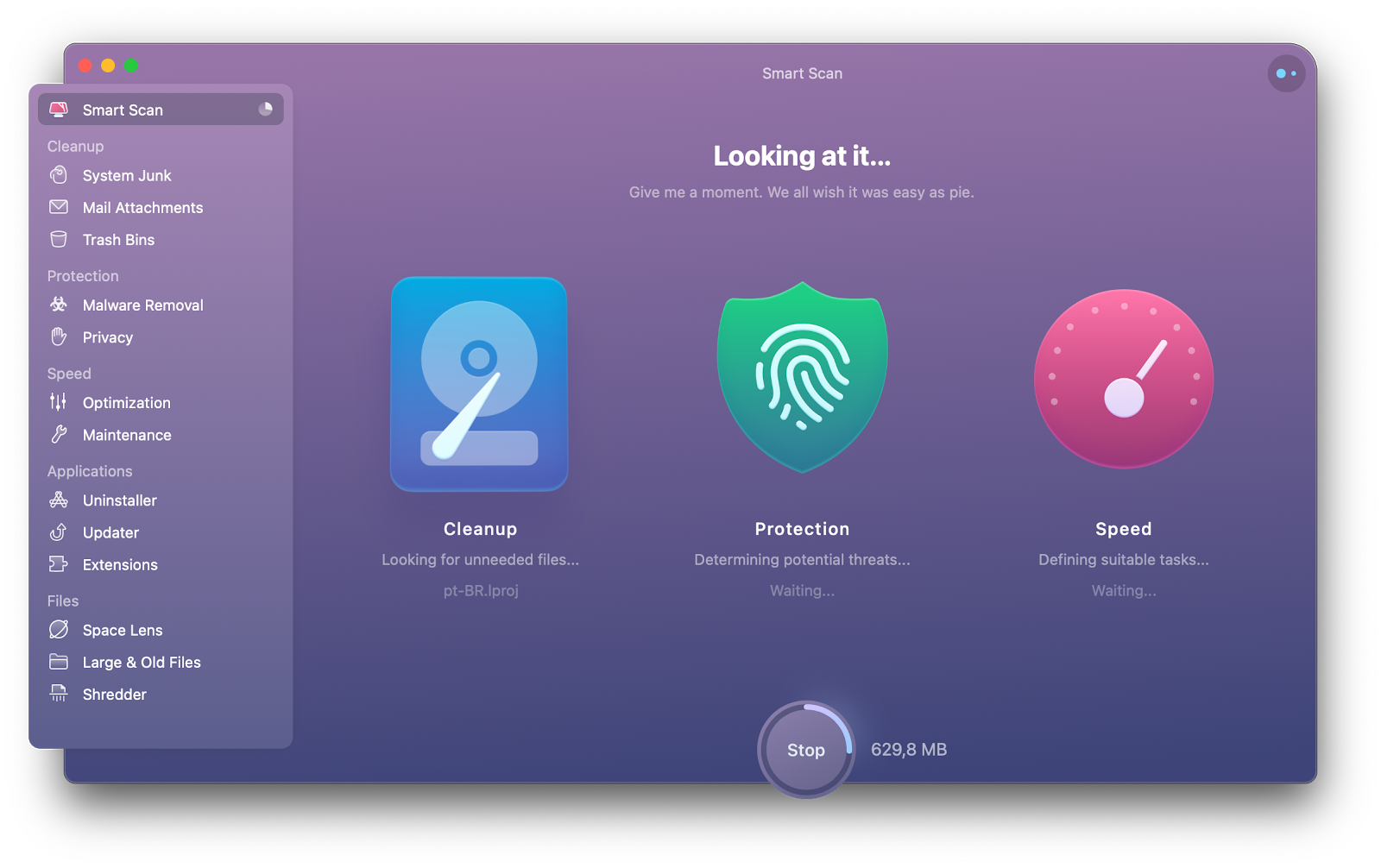 Mac startup issues can be caused by many things. So if you say “my Mac Mini won’t boot past Apple logo,” “my MacBook Air is stuck on startup screen,” or “my iMac will not boot past Apple logo,” — honestly, no one can tell you why it happens. That being said, Apple computers are very stable and even if these issues happen, the chances are you’ll fix them yourself.

CleanMyMac X, Disk Drill, iStat Menus, and Get Backup Pro can help you ensure issues like these happen as rarely as possible — if at all. All these apps are available with a Setapp subscription and free during a 7-day trial so you can try them all out and see for yourself.