For those who have never used Terminal commands on Mac before, the app’s resemblance to hacking (as seen in movies) can be a little intimidating. But in fact, Terminal isn’t all that complicated once you know a little about how it works.

Many commands are surprisingly straightforward, such as how to open a file in Terminal and the dangerously powerful (since it bypasses the Trash) Terminal delete file capability:

The rm stands for remove, so use with caution! 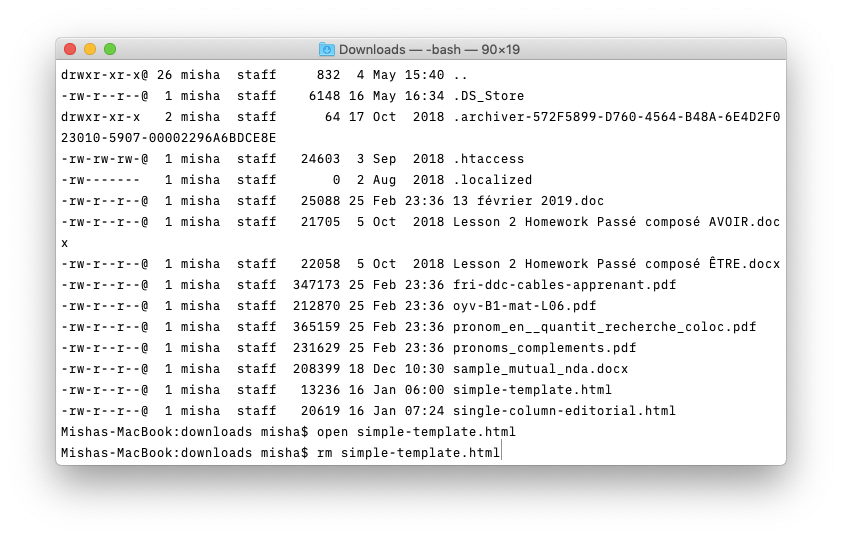 For another example, let’s look at how to create a folder on Mac. Using Finder, this would simply be a case of right-clicking and choosing New Folder. When it comes to how to make a directory in Terminal, we’d need to use a specific command:

The Terminal window itself is designed to grant users access to UNIX features hidden away behind the Mac operating system. But you don’t need to learn about all of the technical stuff if you don’t want to. All you need to know is that a bit of Mac command line rote learning can help you do all sorts of cool things with your laptop or desktop that you couldn’t achieve otherwise.

Terminal commands aren’t easy. With Setapp, a one-stop platform for Mac apps, you can do the same — or more — in a beautiful interface.

Of course, defining the best Terminal commands for Mac really depends on what you want to get out of this tool. First things first though, to start you need to know how to open command prompt on Mac because you can’t use any Terminal commands without it:

You’ll be met with a window that shows the name of your Mac followed by your username and a $ sign. All of the Mac Terminal commands listed here are entered after this, followed by a press or two of the Return key.

Actually using the app may be a bit tricky if you’ve never done so before, but at least the question of how to open Terminal on Mac is easy to answer. Pay attention going forward!

1. Show or hide files and folders

One of the easier, and most useful, commands to use in conjunction with Mac command line is the one that reveals hidden files and folders in macOS:

Now you can edit and delete files that were previously inaccessible. When you want to hide these files again, just change the TRUE above to FALSE and repeat the process. 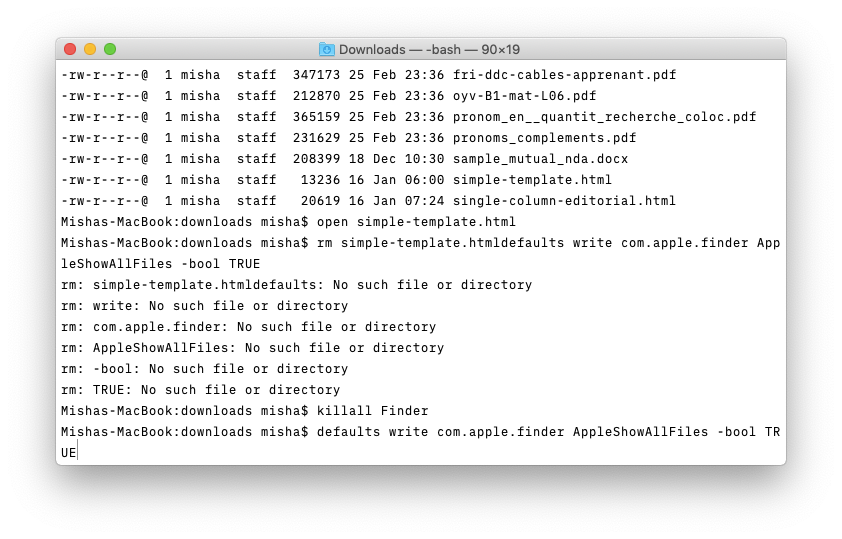 Rather than dragging and dropping or copying files between folders, you can use Ditto Terminal command on Mac to achieve the same result:

If you have folders in different locations with the same name, you can type -v after Ditto to display each item’s file path using the verbose mode of Mac Terminal.

Tired of clogging up your desktop with screenshots? Terminal on Mac offers an easy fix for that with the option to set a new location for screenshots to be saved. Just enter the following:

You can also change the default file format (PNG) if you want to generate screenshots as JPEGs or PDFs instead:

If you take a lot of screenshots on your Mac, you might have noticed that it automatically adds a drop shadow to screenshotted windows. If you’d prefer to turn these shadows off, you can do so with the following Mac commands:

To further customize how screenshots appear on your Mac, you could look at CleanShot. This app allows you to capture your Mac’s screen without the distraction of desktop icons, set custom wallpapers on the background, and annotate or blur certain parts of the image. 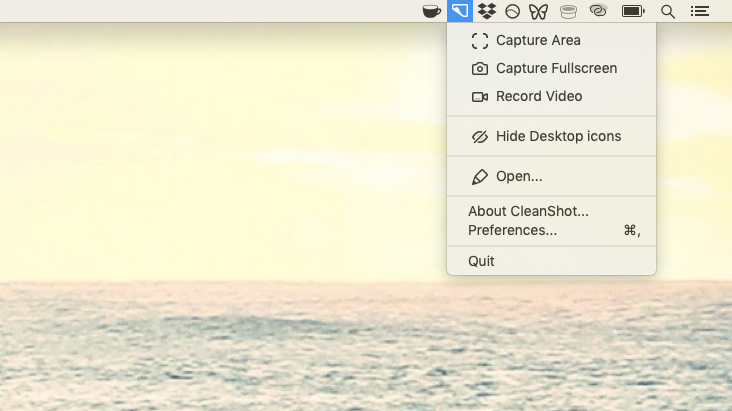 After taking a screenshot with CleanShot, a small popup window allows you to tweak the appearance of your capture — such as adding shapes, text, or pixelating parts of the image — before you share it anywhere using a layout similar to the simple and intuitive actions in Preview. 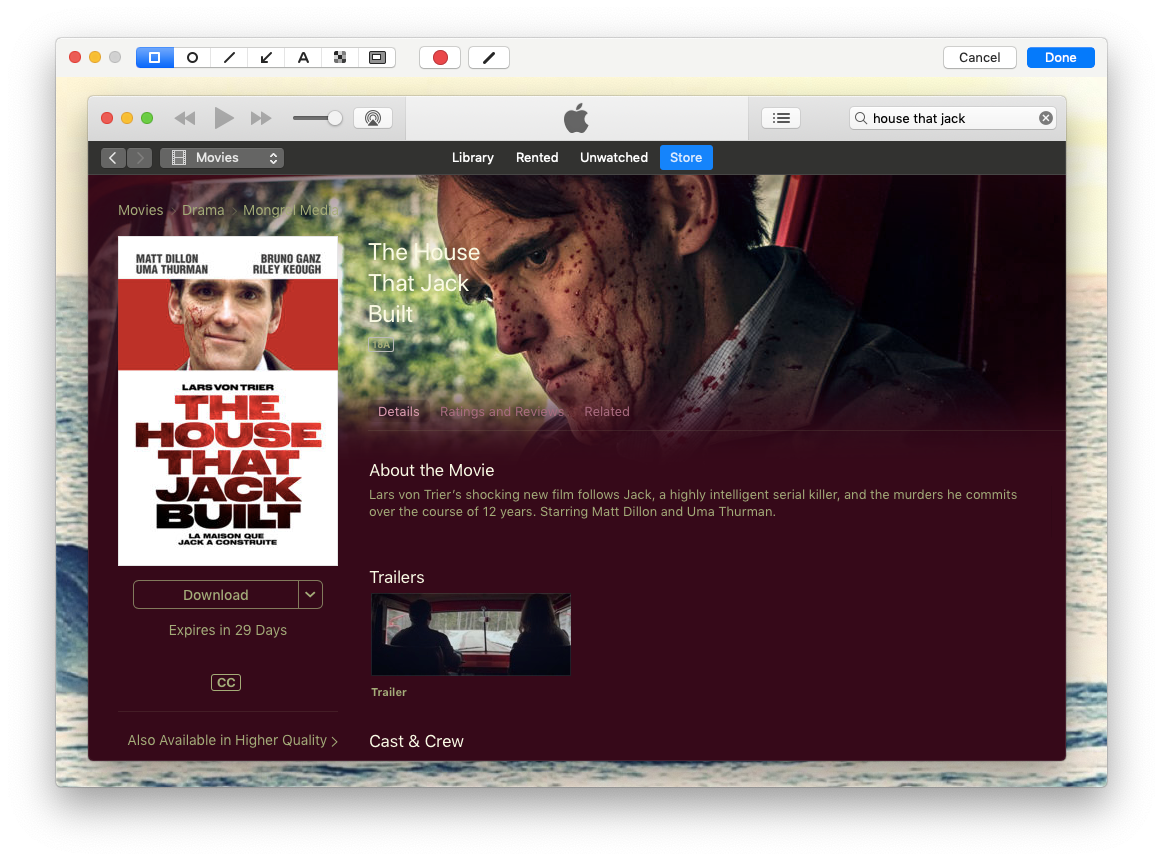 The art of downloading files without using a web browser is familiar to any millennials who risked malware and viruses to download their favorite tracks from Limewire or Kazaa, but may be unheard of to others.

A nifty Mac command line trick exists for downloading files without using your web browser if you already know the location of the file. The command is as follows:

The first part is a crash course in how to change directory in Terminal, as that’s what the cd stands for. So by re-reading the example above, you can see that the file will appear in your Downloads folder when it’s finished downloading. 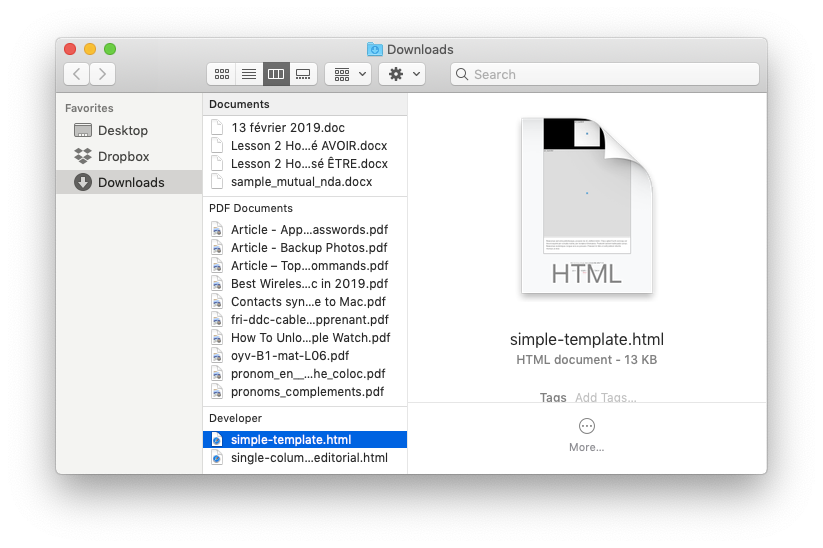 Overriding your Mac’s default sleep settings (available via System Preferences ➙ Energy Saver) is a breeze using one of Terminal’s more humorous Mac commands. Apparently, like so many people out there, Macs run on coffee:

caffeinate -u -t [number of seconds to remain active]

If you’d rather not launch Terminal every time you need to keep your Mac awake, there’s an app out there called Lungo that lives in your menu bar and builds on the coffee theme. Just select the cup icon in the top right corner of your screen and you can keep your Mac awake for 10 minutes, 30 minutes, 1 hour, 4 hours, or indefinitely with a single click. 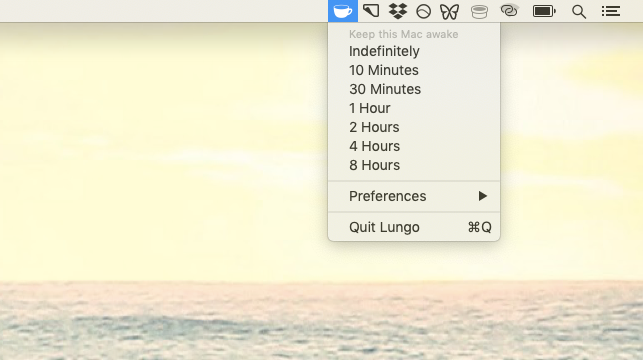 7. View the contents of any folder or file

If one of your files gets corrupted, or you suspect there’s a hidden message tucked away somewhere inside its package, you can use the Terminal window to see some details about it:

The command will throw out a bunch of indecipherable nonsense if you try to use it on something like an image or an audio file, but it could be a lifesaver when recovering text from a corrupted Word document, for example.

8. Hide inactive apps in Dock and dull hidden ones

Accruing more and more apps in your Dock is pretty much par for the course when you use a Mac for any significant length of time. So a good-to-know Terminal command here is the one that makes your Dock embrace a minimal approach by showing only active apps:

If you want to take this process even further, you can dim apps that aren’t visible on your monitor(s):

Another easier option for those with the cluttered Dock is to check out uBar, a simple and minimal replacement. Instead of a long line of icons, you can now have a highly customizable bar that allows you to devote more space to the apps that matter most.

You can use uBar to preview, group, quit, or close apps and windows, without the need to open them first, across multiple monitors. It’s an altogether less distracting option for those who find the default Dock a bit cluttered or unpredictable.

If you simply can’t get to grips with how to open Terminal on Mac or get comfortable with all of its ins and outs, you may want to try other apps.

Path Finder is a file management tool that covers many Terminal superpowers plus many things that Terminal can’t do. Based on a unique modular system, Path Finder lets you add and remove commands such as showing file info or permissions. Manage your files your own way, with custom commands, drop stack for temporary storing, and dual-pane view.

Trickster is a shortcut to recent files and actions on Mac. From simple tasks — going back to the file you’ve recently opened — to a personalized file management workflow. Trickster lets you set up configurable file tracking to watch specific folders/types of files, which might streamline your work. 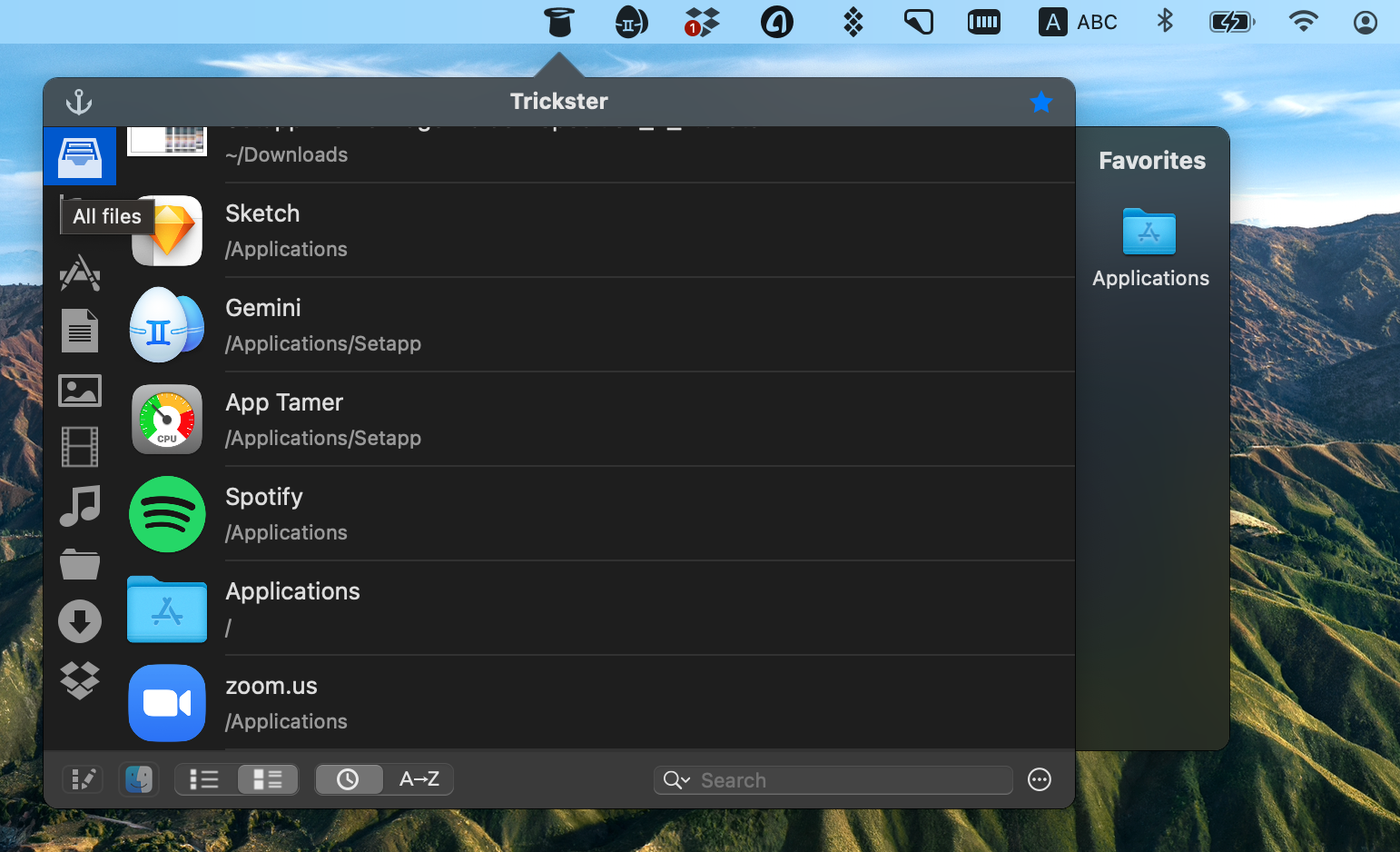 Why the Terminal window still matters

Try to wax lyrical about the benefits of Mac commands with fellow Apple users and there’s a good chance you’ll be met with them asking “what is a Terminal?” The fact is, this app isn’t something that the average Mac user ever bothers much with.

As you can see from the list of useful commands above, neglecting to use Terminal on Mac apps like Path Finder and Trickster means never seeing everything that your laptop or desktop is capable of.

One of many great things about using Mac Terminal commands is that, should you make a mistake, you can usually undo whatever you’ve done just by changing TRUE to FALSE and running the command again or simply changing the location or setting back to what it was before.

It’s true that Mac Terminal has a steep learning curve if you’re not used to its “language” but you can still try some of the cool tricks Terminal allows. You can play games, for example, by doing the following:

The most interesting example of a hidden Mac Terminal trick? That has to be the option to watch an ASCII version of the entire movie Star Wars:

Grab some popcorn and enjoy!

Best of all, the apps mentioned throughout this article: CleanShot, Lungo, uBar, Trickster, and Path Finder — are all available for a free 7-day trial with Setapp, a platform for more than 200 apps to extend the possibilities of your Mac. See the best your Mac can do.