Sometimes you download an app, use it for a while, then decide it’s not for you. Most apps are easy to remove from your Mac, but others – not so much.

One of the more pernicious apps is McAfee, a virus scanning tool many use because it’s free to download. McAfee is also preloaded on many PCs, providing users with a sense their computers are protected. When people try to remove McAfee, they quickly see it’s not as easy as it seems.

It may hide rather than fully delete, and McAfee often leaves files and folders behind when you do actually delete the app. For many, McAfee is never fully removed from their computer.

Here we’ll tell you why McAfee won’t uninstall, how to remove McAfee, and how to uninstall McAfee on Mac with one simple (but amazing) app.

Founded in 1987, McAfee Associates was formed, named for its founder John McAfee. With a focus on digital security, McAfee now has a suite of tools including a VPN and enterprise-facing products.

Most users will be familiar with McAfee Antivirus software, it’s most popular and widely used app for personal use. There is also McAfee LiveSafe, which combines its Antivirus software with privacy and identity monitoring tools which carries a hefty annual subscription fee.

McAfee Antivirus software proactively monitors your computer for malware and privacy issues, alerting you to any it has found. For many users, this is part of the problem. Though McAfee can be downloaded free, it only monitors your computer. Removing viruses or malware carries a monthly or annual fee. Its alerts are part notification it may (or may not) have found malware on your device, and part prompting you to sign up for its subscription service.

Why would you want to uninstall McAfee from your Mac?

There are many reasons you would want to remove McAfee from Mac. Here are some of the more popular ones:

Some don’t concern themselves with fully removing McAfee because the app monitors your Mac. It’s a misnomer, though: a performant computer isn’t always correlative to the absence of viruses. There are plenty of other factors that can cause your Mac to slow down or run hot.

That’s why you should download iStat Menus. It lives in your Mac’s menu bar, and only surfaces content when you click on its icon. From there, you can quickly hover over any section in its menu to surface even more data.

If you hear your fans kick on, iStat Menus will tell you why. When your network connection feels laggy, just hover over the ‘network’ section in iStat Menus’ drop-down to see whether your network is down, or your Mac is just having other issues.

When you need an app that monitors your Mac without getting in your way, you need iStat Menus.

How to Uninstall McAfee

Most users follow the logic that moving an app icon to the Trash Bin on the Mac should delete it from their computer. Not so; this removes the icon, but the app remains behind in most cases.

Macs are user friendly when deleting apps, but there’s still a process you have to run through. Below, we’ll run you through the step by step process for deleting McAfee, and discuss the McAfee removal tool Mac (almost) can’t live without.

We’ll also discuss one of the best apps for deleting apps from your Mac, but first you should download WiFi Explorer to ensure your Internet connection is as good as possible. With WiFi Explorer, you will have a window into everything going on with your network, and all other networks available to you. When things slow down online, you’ll know right away if it’s your connection, or the web page acting up.

WiFi Explorer supports all channels and bands your Mac receives, including the 2.4 GHz and 5 GHz frequencies. It has a sharp, real-time visual graph as well as detailed figures to help you understand your network connectivity like a pro.

Terminal on your Mac provides you with root level access to your computer, which you unfortunately need if you’re going to get rid of McAfee on your Mac without downloading a great tool. Here’s how to delete McAfee Antivirus on a Mac using Terminal:

That’s all it takes. A word of caution, though: be sure to enter the commands exactly as they appear above or copy and paste them into Terminal. Because Terminal is the most literal app on your Mac, the slightest mistyped word or phrase can do harm.

Terminal can be daunting. One wrong move and you can really screw things up on your Mac – and all you wanted to do was remove an app!

Instead, download CleanMyMac X from Setapp. It provides you all the same root access as Terminal for deleting apps, but takes care of the heavy lifting so you can point and click your way to removing apps on your Mac.

CleanMyMac X is a robust app with tooling for removing and updating apps, managing browser extensions, cleaning up your Mac’s file system, and optimizing your Mac for speed. CleanMyMac X also has powerful tools for safeguarding your privacy, and removing malware from your computer. The app is routinely being updated with the most current library of known exploits, and its malware detection algorithm is always improving.

But what about uninstalling apps? It’s really simple. Here’s how to remove McAfee on your Mac with CleanMyMac X:

CleanMyMac X can also remove associated files and folders McAfee hides on your Mac. Often, these files are ‘calling’ McAfee server in the background, and removing the app doesn’t always get rid of the associated files. The “Leftovers” section in CleanMyMac X’s “Uninstaller” finds those files and helps you remove them forever.

You should also proactively back your Mac up with Get Backup Pro. The app lets you manage your Mac’s backup schedule, as well as what’s backed up – and where it’s saved. You can back everything up on a schedule of your choosing or opt to back up particular files and folders at your discretion. It’s the perfect app for backing up valuable data on your mac without creating a full, bootable backup of your Mac’s entire system. 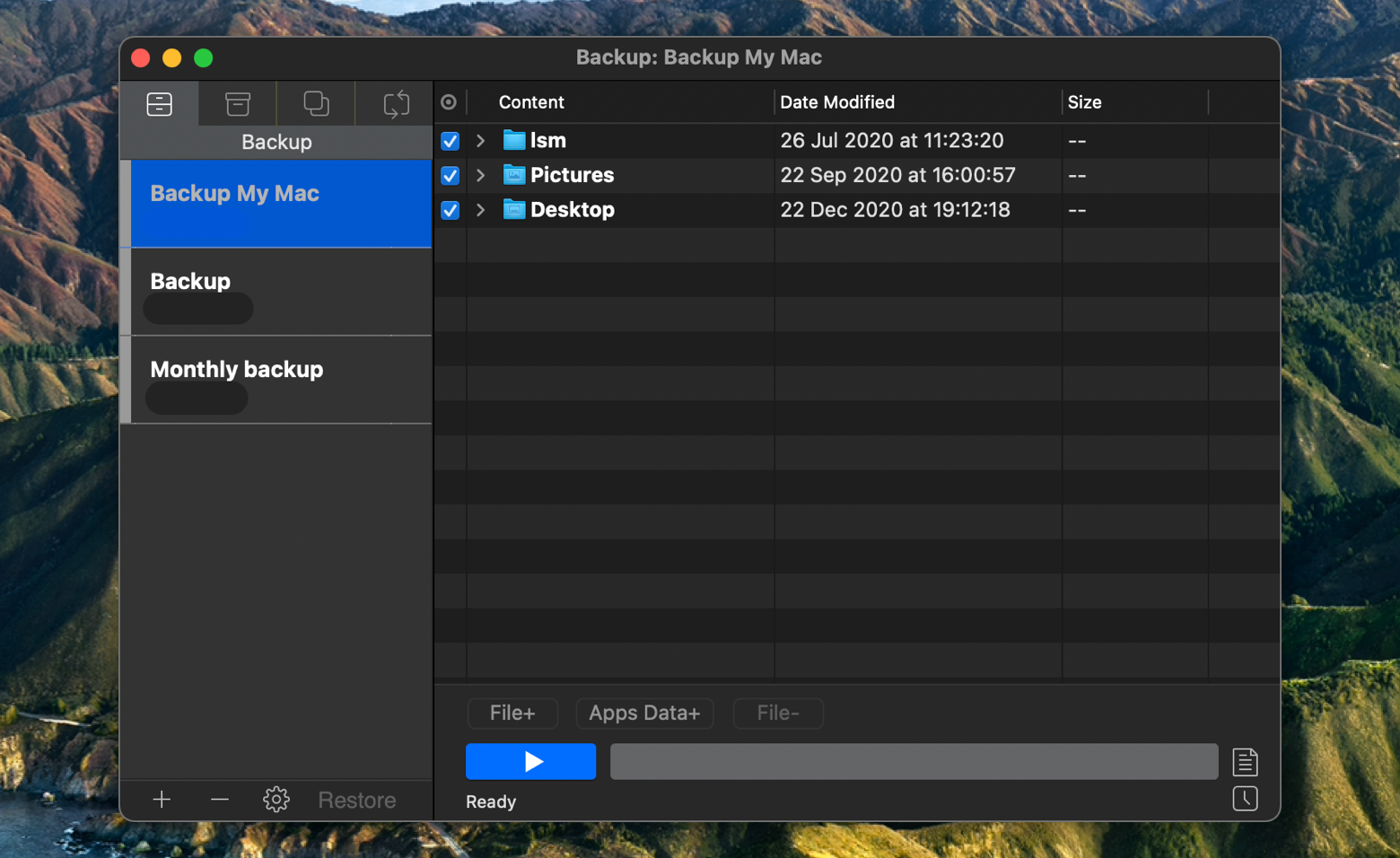 Whatever you choose, it’s always smart to keep a full, recent backup of your Mac. It’s particularly advisable after deleting apps like McAfee. Having a perfect, clean backup can help you boot back to a safe place if any apps give you fits later on.

McAfee may be one of the most difficult apps to remove on your Mac, but it’s not alone. McAfee’s behavior has you searching for ways to remove it, but it’s far from the only app hanging onto your Mac for dear life.

This is why we suggest using CleanMyMac X to completely delete apps and associated files. It will completely remove McAfee from your Mac and keep your entire system running smoothly afterward.

iStat menus is another great app, keeping a watchful eye on your Mac while you work away. It’s low-power, too, so you don’t have to worry about it running your battery down.

Both iStat Menus and CleanMyMac X – along with Get Backup Pro and WiFi Explorer – are available for free during a seven day trial of Setapp for your Mac.

Along with those four amazing apps, you’ll have immediate access to the full suite of over 200 apps available via Setapp. Each app is native to the Mac, and downloads directly to your computer via Setapp. During your trial, you can test and trial all of the apps in the Setapp catalog for free.

When your trial ends, continued access to Setapp is only $9.99 per month. It’s a sensational deal, and makes a great gift, so why wait any longer? Give Setapp a shot today!