Most people would agree that Mac chargers don’t last nearly as much as laptops themselves. They break, they get lost, or even stolen. Which means that it’s highly likely that you’d have to replace your old MacBook charger at some point. And which one then do you get?

If you search for MacBook chargers on the web today, you’ll get lots of contradicting results. There are different shapes, versions, connectors, and power outputs available. At the same time, choosing a wrong Apple power adapter for your $2,000 MacBook Pro seems scary. So let’s break down all the available MacBook Pro and MacBook Air chargers to help you make the right decision.

Get iStat Menus for in-depth system monitoring, Endurance for battery control, and 190+ other apps in one toolkit. Make your Mac last longer.

Looking at all the variations of MacBook Air and MacBook Pro power adapters, you’ll notice that the first thing they specify is wattage, which can go anywhere from 29W to 87W. Naturally, the higher it is the more power your Mac receives.

Contrary to the popular belief, however, getting a higher wattage Apple MacBook Pro charger wouldn’t charge your Mac faster, but also wouldn’t damage your Mac, given that it’s officially supplied by Apple. That’s why it’s so important to be careful about picking the right charger for MacBook Pro. If you go with a charger below whatever’s required, your MacBook will probably not charge at all.

The second thing that the MacBook Pro charger name tells you is its type. As of 2021, there have been only three versions released: MagSafe, MagSafe 2, and USB-C. The latter is used for the newest MacBook models.

The last thing to consider is the shape of the connector. While MagSafe and USB-C have been using the same connectors for all models, MagSafe was split into a T and L-shaped connectors, each with its advantages and disadvantages.

Given a variety of MacBook chargers available, the most prudent thing to do before buying one is to check your MacBook’s model. It’s not only the Air or Pro that you need to know (for which you might just look at your monitor’s bezel), or even the screen size, but the year and even the part of year it was manufactured in (e.g. late 2018 or early 2019).

To see your MacBook’s model: 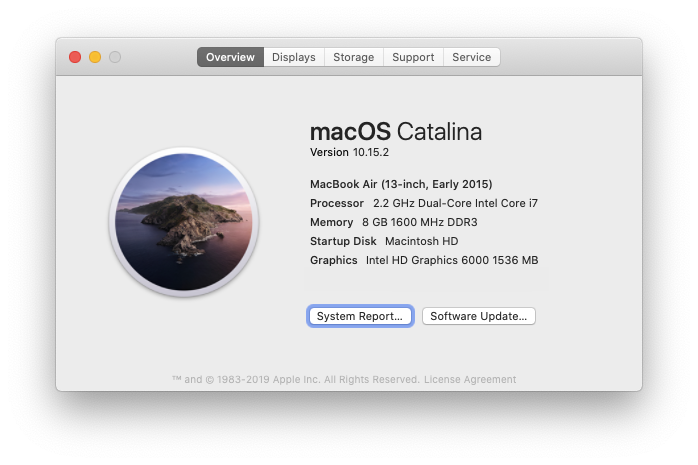 With your MacBook information in hand, navigate to the appropriate section below to see the kind of Mac charger you need.

Apple chargers for a MacBook

For a long time, MacBooks used to be the only laptops Apple would make, and the last ones of this original type were made in mid 2010. But in 2015, Apple resurrected the name with an ultra-light, ultra-portable MacBook model that lasted a few more years until being just recently discontinued.

Nearly every other MacBook model would be compatible with a 60W MagSafe Adapter with a T-shaped connector. The exact list of models is: 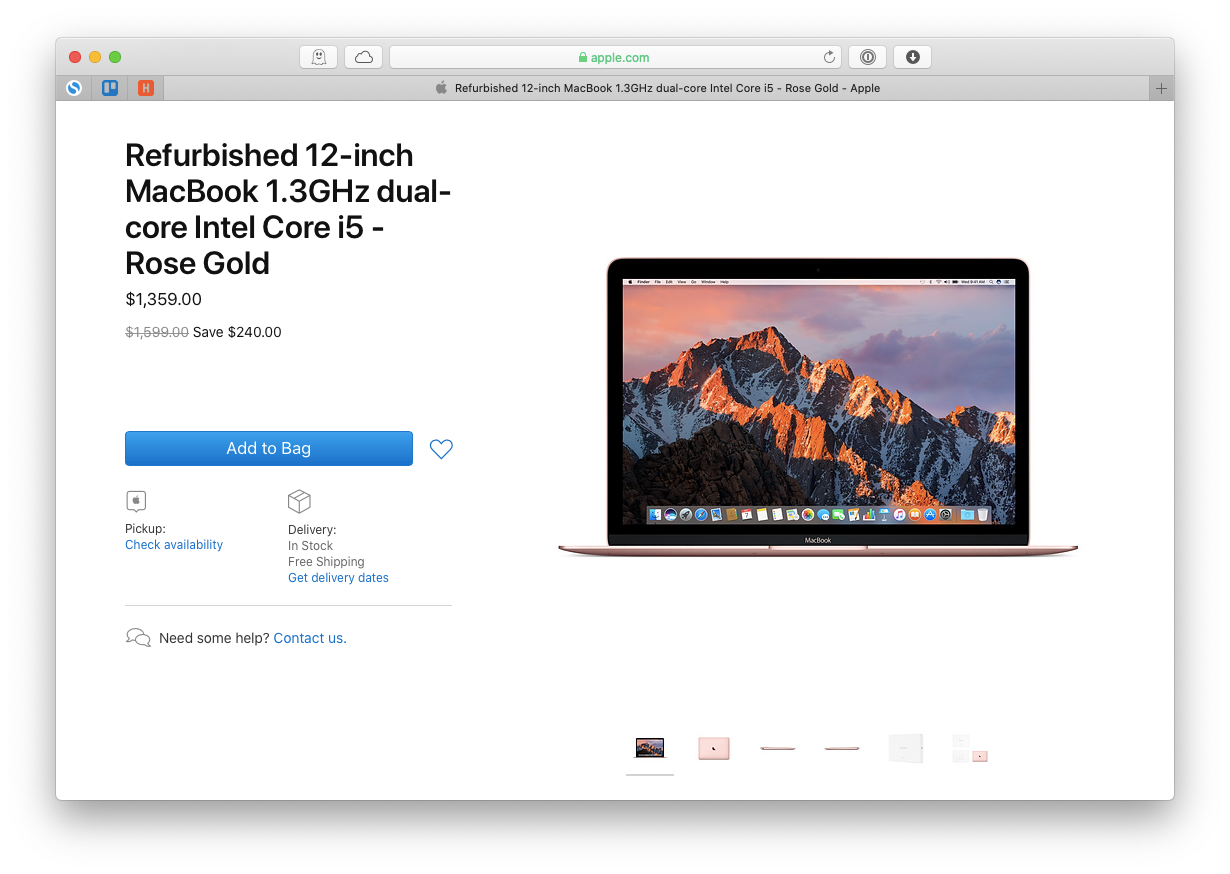 Apple chargers for a MacBook Air

Hugely popular MacBook Airs were first released in 2008 and shocked the world with their lack of CD-ROM drives (which seems so amusing today). The model has been improving ever since, with the latest iterations released in 2019.

The proper Apple MacBook Air charger for models that don’t have Touch ID, as old as mid 2012, is a 45W MagSafe 2 Power Adapter. Specific models are:

Older MacBook Airs use a 45W MagSafe Charger with an L-shaped connector. These models are: 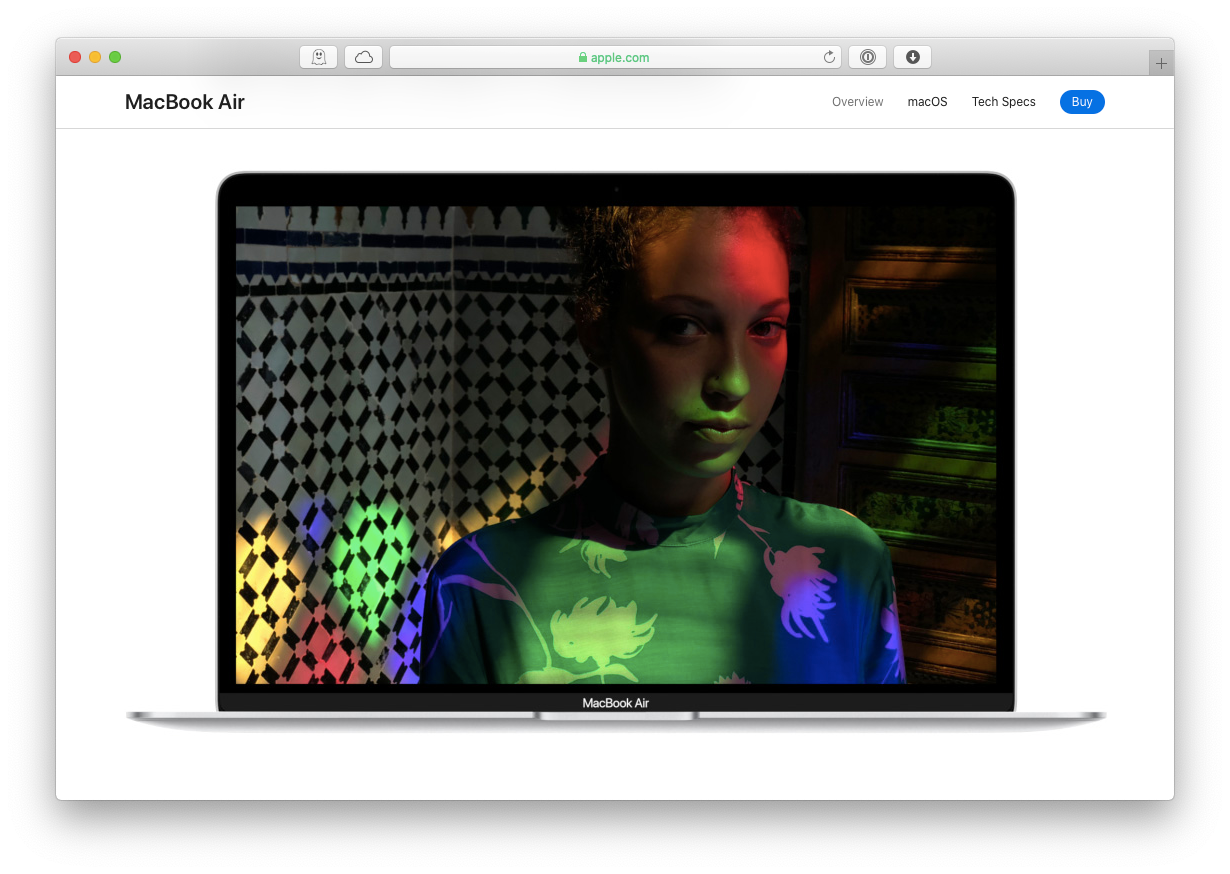 Apple chargers for a MacBook Pro

Since the very first model, MacBook Pros have been the go-to laptops for professionals across all fields. Introduced in 2006, they’ve since come in three sizes (13, 15, and 17 inches) and used a variety of processors, video cards, and batteries — all of which have a significant impact on the type of charger being used. So a MacBook Pro 2012 charger is quite different from a 2016 model, for example.

Older MacBooks split in lots of categories. Let’s go from the most recent to way back in time. The 85W MagSafe Power Adapter with MagSafe 2 style connector is for:

The less powerful 60W MagSafe charger works with such Retina-enabled laptops as:

The older 60W MagSafe adapter with L-style connector works on:

Another L-style 85W MagSafe Power Adapter is compatible with:

Finally, the T-Style connectors work on the oldest of MacBooks. The 60W MagSafe adapter with T-style connector is good for:

Its bigger cousin, the 85W MagSafe charger with T-style connector covers the rest: 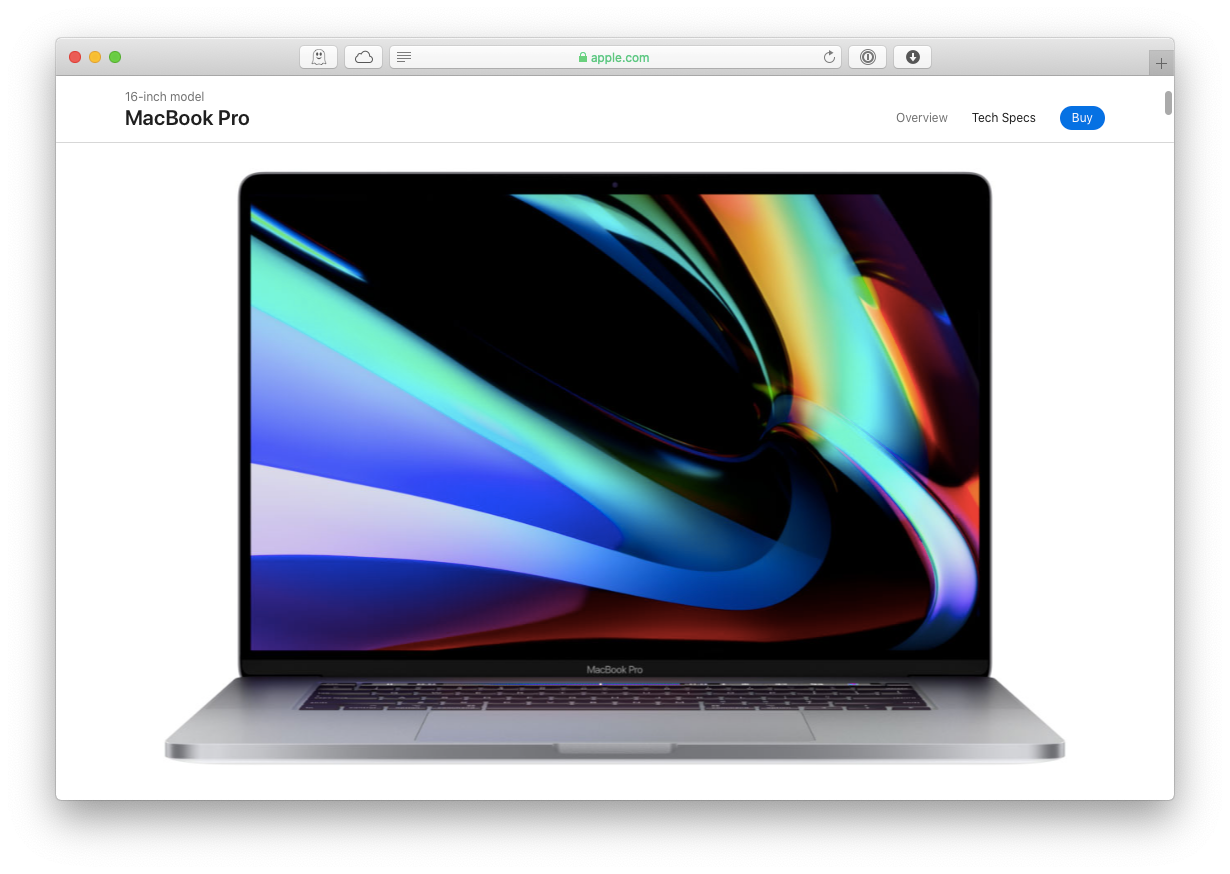 Where to buy Apple power adapters

Once you know which Mac charger you need, you might be wondering where to buy one. The most no-brainer option is, of course, visiting your local Apple store or ordering from apple.com. But if you want to save a few dollars or get a special deal, you can also check some other places in the process.

Note: There’s a lot of no-name (or even counterfeit) Apple-like products on the market, which might not work as advertised or, in some cases, damage your Mac. That’s why it’s only recommended to buy Apple power adapters only from large, trusted retailers.

Just a quick look at the 30W USB-C Power Adapter for MacBook Air gives us the following breakdown:

Right away you can see that Amazon and Walmart offer a better deal, whereas BestBuy would be great for those who haven’t tried Apple Music yet. So make sure to check those retailers (at least) when you’re shopping for your new Apple power adapter. 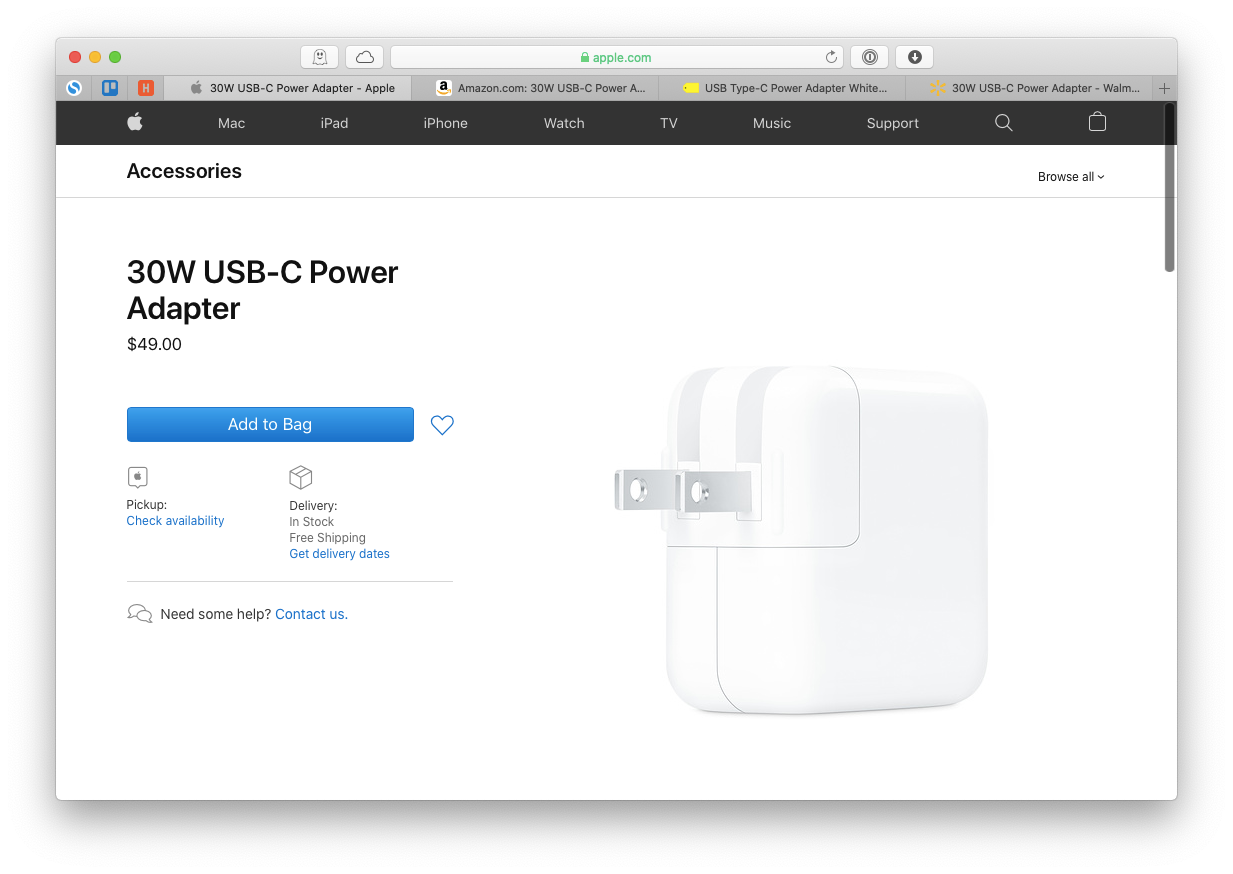 When to replace your MacBook charger

How do you know when to buy a new charger? Obviously you need one when the old charger fails. But sometimes your adapter might simply start working slower than usual, which is quite difficult to pin down, unless you use robust monitoring software.

iStat Menus is an all-in-one system monitor that not only tracks your battery life, as well as charging cycles and speed, but also your CPU and RAM usage, internal temperature, and network quality. With no scans to perform, you can simply look at your iStat Menus charts in your Mac’s menu bar to have a clear overview of your machine’s performance at any time. 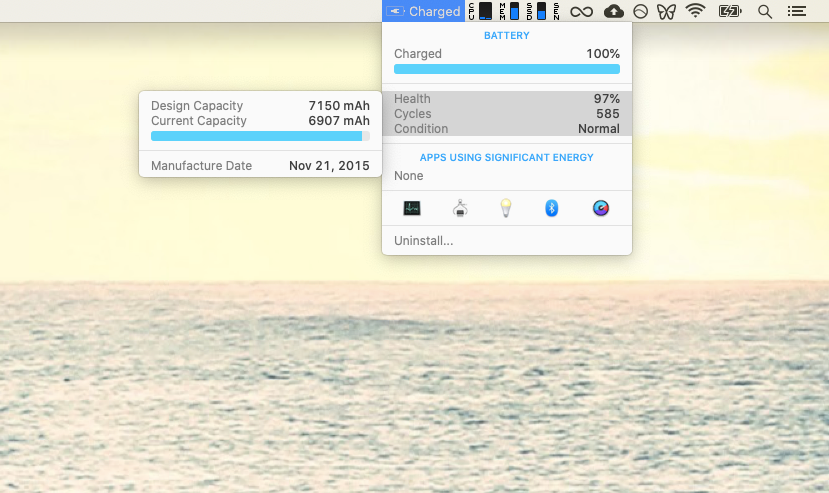 How to extend your battery life

At one point or another, every Mac owner has wondered how great it would be to make their Mac’s battery last longer. What would be even better is to have a comprehensive ongoing solution in place.

Endurance is a lightweight utility that manages all aspects of your Mac that could result in extended battery life. By slowing down your Turbo Boost, dimming your screen, and hiding background apps, Endurance can give you up to 20% more unplugged time with your MacBook. Seems like a dream come true. 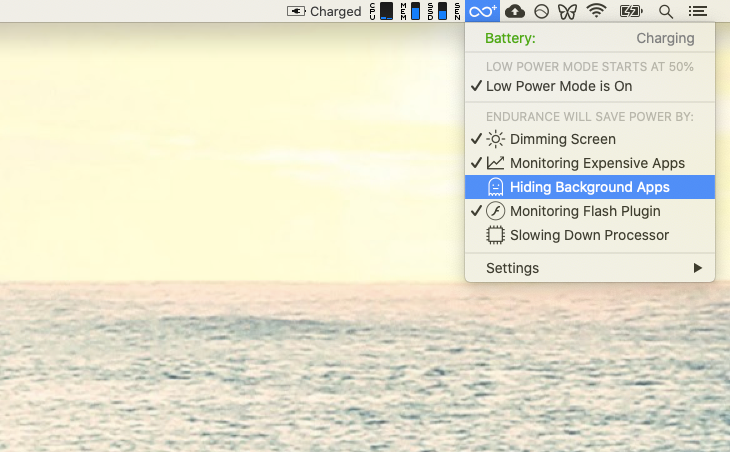 In the end, when you’re about to go shopping for a charger, consult the list above and then check prices at all the official Apple distributors. And don’t forget to use some nifty utilities to know what exactly is going on with your Mac.

Best of all, iStat Menus and Endurance are available to you at absolutely no cost via Setapp, a platform with more than 170 top-of-the-game utilities and apps designed to make your work and life a breeze, from keeping an inventory of your home (check out Home Inventory) to making the most out of your MacBook speakers (Boom 3D). Try Setapp today and get unlimited access to the best apps in the world! Why not?