By the virtue of being on Windows for many years, most users develop a muscle memory in hitting Ctrl + Alt + Delete when their PC acts up to open the Task Manager and restart a stalling process. It’s just part of daily life. But what’s the Mac equivalent of Task Manager?

Some say there’s no need for the Apple Task Manager, as Macs run better and smoother than their PC counterparts. And while this is largely true, from time to time you absolutely need a way to force quit Mac processes to keep it in good shape.

So how to get Task Manager on Mac? Easy! There’s already an OSX Task Manager pre-installed (or rather the Mac equivalent of Task Manager) — called Activity Monitor, which you can find in Applications ➙ Utilities. 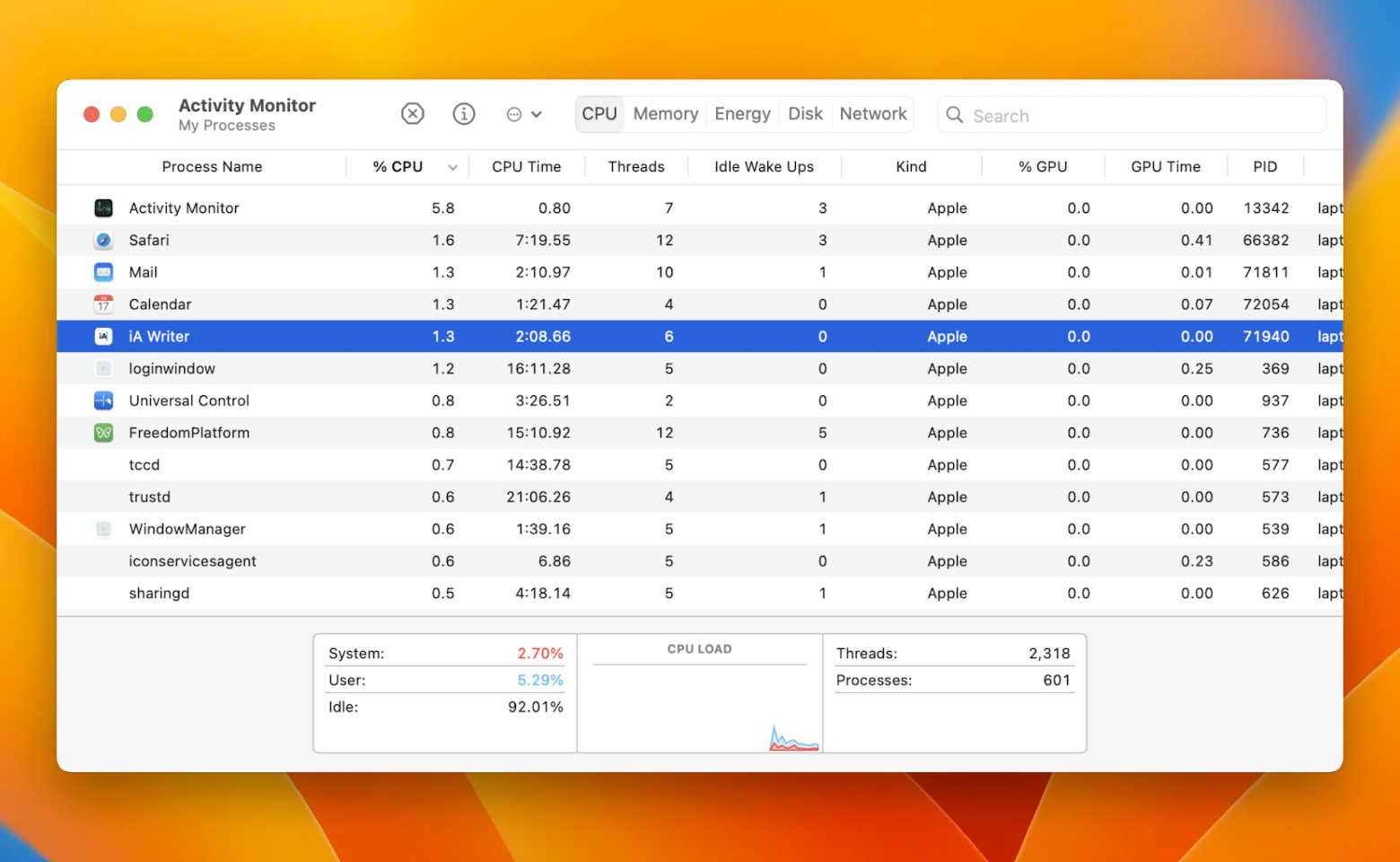 What is Activity Monitor?

Activity Monitor is basically the OSX Task Manager, a utility that shows how much memory your Mac processes are using and which apps are currently active (even if they aren’t open), letting you force quit stalled ones if you can’t close them the usual way.

If you’ve never used this task manager for Mac before, it can be quite a lot to take in. But don’t worry, here’s a quick breakdown of all Activity Monitor’s features.

CPU: The first tab in Activity Monitor lists all the processes that are currently taking up your Mac’s CPU, displays the exact percentages of power they are consuming, and notes how long they have been running.

There’s a process you might notice in the CPU tab called “kernel_task” that could be taking a large share of resources. Don’t panic and don’t shut it down! The process simply ensures your CPU isn’t working too hard by forcing other memory-intensive Mac processes out. As a result, it might seem like one of the heaviest processes on the list. Similarly, “mds” and “mdworker” help index files for the Spotlight search, which sometimes spikes their appetite.

Memory: The second tab reflects how much RAM every process is taking up, which could be the most useful indicator of all. RAM is directly responsible for the speed of your Mac, so getting rid of heavy users is the fastest way to speed things up.

Another interesting feature of the Memory tab is the RAM Pressure Gauge at the bottom. If the bar is green then your Mac’s RAM isn’t being taxed too much. But if it turns red — consider buying additional memory for your machine.

Energy: The middle tab comes handy when you’re using your MacBook without plugging it in. Here you can easily find apps and processes that drain your battery and quit them to extend your screen time.

Disk: Even though this tab might not be the most useful one for daily use, it still shows how various processes interact with your hard drive, rewriting data. If you ever happen to install some malware, you might find its processes here as large outliers and quit them just in time.

Network: The last tab in Activity Monitor reflects the amount of data received and sent by every app you have installed. Again, it’s generally good for spotting outliers that might send too much data online.

Cache: If you’re running macOS earlier than High Sierra, you might see another tab in Activity Monitor called Cache. It basically lists how much data your network devices have cached so far and is only useful for those who know how to clean up those caches (read more on this below).

How to open Task Manager on Mac?

Unfortunately, there are no keyboard shortcuts like Ctrl + Alt + Delete to open your Mac process monitor, but launching Activity Monitor is still quite simple. Pick one of the three ways to do it.

If you’ve been having recurring troubles, setting up Activity Monitor in your Dock is absolutely worth doing. It’s essentially a handy one-click Mac Task Manager shortcut.

“Keep in Dock” should now have a checkmark beside it, which means it will stay in the Dock even if you quit the app — then you can launch it like any other program.

How to force quit an application?

If you’re looking for answers regarding the Mac OS Task Manager, chances are it’s because some app has stalled on you. There are two ways to go here.

From the Activity Monitor:

The other force-quit option is from the Force Quit Applications window: 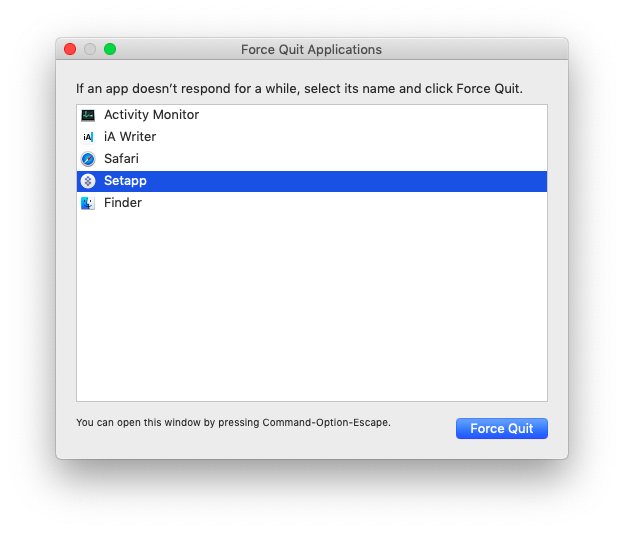 While Activity Monitor is definitely the Mac equivalent of Task Manager, sometimes you want to monitor your Mac’s processes a little more closely and get real time updates on your Mac’s performance. iStat Menus will help you do that.

iStat Menus gives you fast updates on what’s using your Mac’s resources at just a glance. Working hard right from the menu bar, the app displays graphs for nearly every function of your Mac, so you can instantly find out what’s wrong or just notice how your Mac behaves in different conditions. 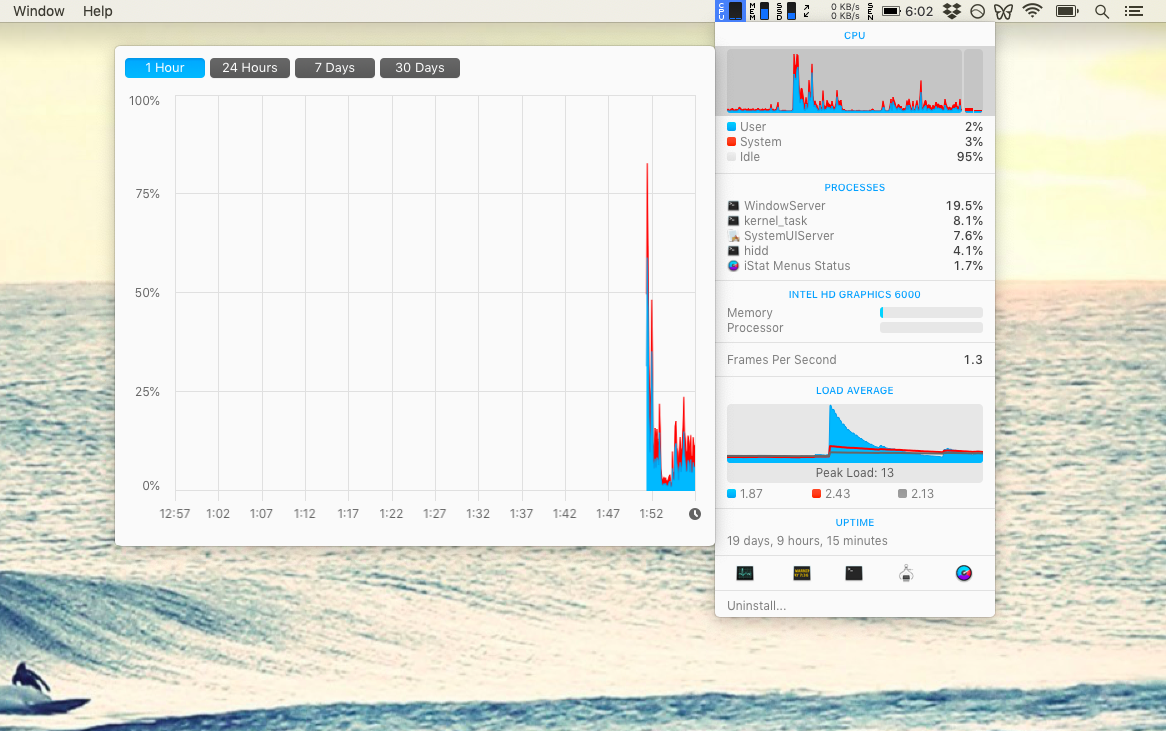 It’s likely that if you need a Mac OS Task Manager it’s because your computer is running slowly. But don’t just address the symptom, address the cause. Instead of quitting processes, get your Mac to run smoothly overall with CleanMyMac X.

CleanMyMac X is an optimization software that’s designed to improve your Mac’s performance with just a few clicks. It removes user and system caches, protects against malware, uninstalls unwanted software — all to bring your Mac back up to speed. If there’s an app constantly stalling or hanging up, it’s probably due to a conflict with some other process — CleanMyMac X will clear it up right away: 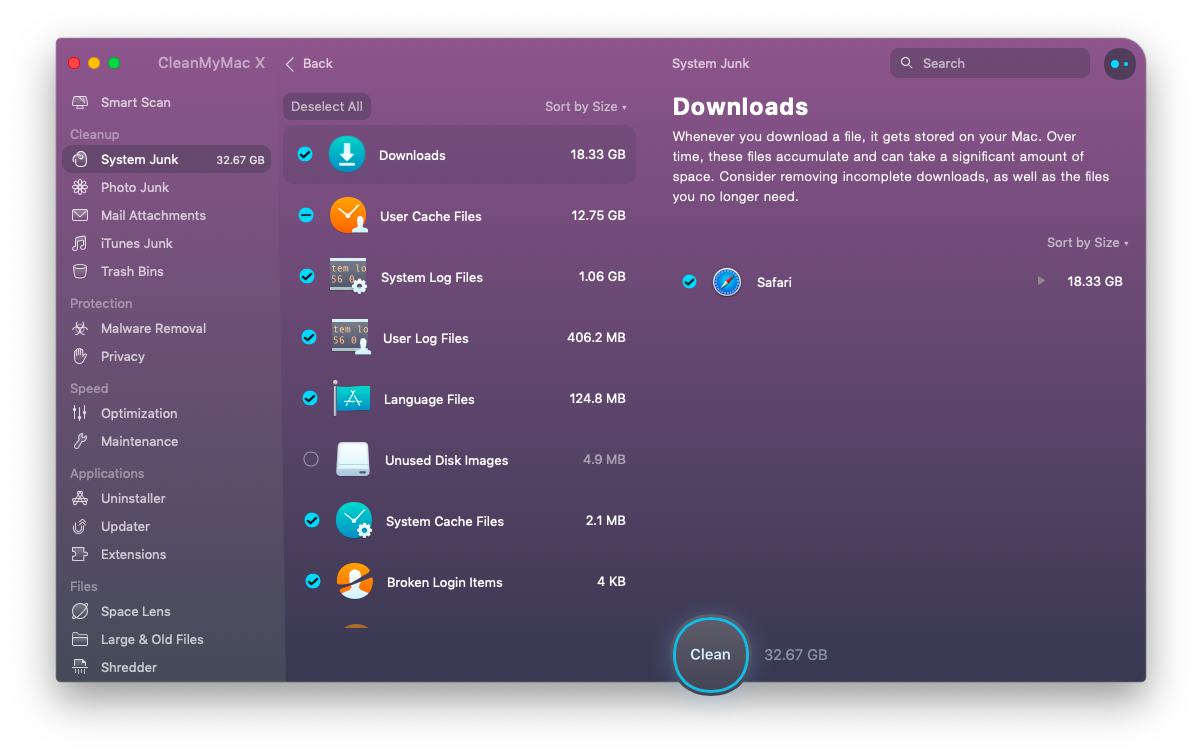 Knowing how to use your MacBook Task Manager is essential to getting the most out of your Mac and following the tips above is a good start.

Best of all, iStat Menus and CleanMyMac X are both available for a free 7-day trial through Setapp, a platform with over 150 useful apps that turbocharge your Mac’s capabilities. Now you surely won’t miss the Windows Task Manager at all.