In recent years, digital drawing has advanced significantly. High-quality drawing tablets and applications have made it possible to produce incredibly realistic and detailed drawings with few resources. However, there is still some disagreement regarding the ideal option for digital drawing – an iPad or a drawing tablet – as well as whether you may utilize your iPad in place of a drawing tablet.

Not sure if you can use iPad as a drawing tablet on Mac? Let’s dive in and see how to do that.

The best apps for creative tasks

Work with your media using Setap’s dedicated set of tools for managing and editing your visuals.

Can I use an iPad as a drawing tablet for Mac

The short answer is yes. With little effort, you can turn your iPad into a professional graphics station. Before we explain how to use an iPad as a drawing tablet, let’s briefly cover the difference between a traditional drawing tablet and iPad.

The iPad is a versatile gadget that can be used for web browsing, texting, and gaming. A graphics tablet, on the other hand, can only be used for drawing. A good graphics tablet provides a better drawing experience than an iPad as a result.

The lack of a screen on the graphics tablet is another key distinction that requires linking it to a personal computer. If you have an iPad, you have the option of doing the same or using it independently.

Also, you presumably know that a graphics tablet, especially one from a more expensive brand, costs more than an iPad. Some inexpensive drawing tablets may be found in the same price range as an iPad, although they typically lack the performance of the iPad. If that’s the case, it seems more reasonable to use iPad as drawing tablet for Mac.

However, keep in mind that the most realistic sketching experience is offered by drawing tablets, which is why they are still so well-liked.

How to use iPad as drawing tablet

Set up your iPad so it can be used for drawing before you let out your inner artist. Connect the Apple Pencil, install drawing apps, and connect your iPad to your Mac (optionally).

Connect the Apple Pencil to an iPad

Numerous excellent drawing applications exist for the iPad to maximize the quality of your artistic endeavors on the tablet, each of which provides a unique set of brushes and other tools to expand your artistic horizons. Some of the most used iPad drawing apps are Procreate, Photoshop, Illustrator, Inspire Pro, and many more. You need to try all to find the one (or several ones) that suit you best. By the way, Adobe has updated the iPad versions of Photoshop and Illustrator recently.

If you want something different, try Tayasui Sketches. It’s a beautiful, simple drawing app that works on both iOS and Mac. The best thing about the app is how easy it is to use. If you usually draw with an app like Photoshop or Procreate, the Tayasui Sketches interface will be a big change. You don’t have brush panels or tool pickers. Instead, you have a list of traditional tools on the side of the screen. Each tool looks and feels just like its real-world counterpart. One of the coolest things about Tayasui Sketches is that as you draw and paint, you can hear feedback. As you work on the canvas, each tool makes a different sound. The scratch of a pencil or the soft swoosh of a paintbrush match the strokes you make on the screen. 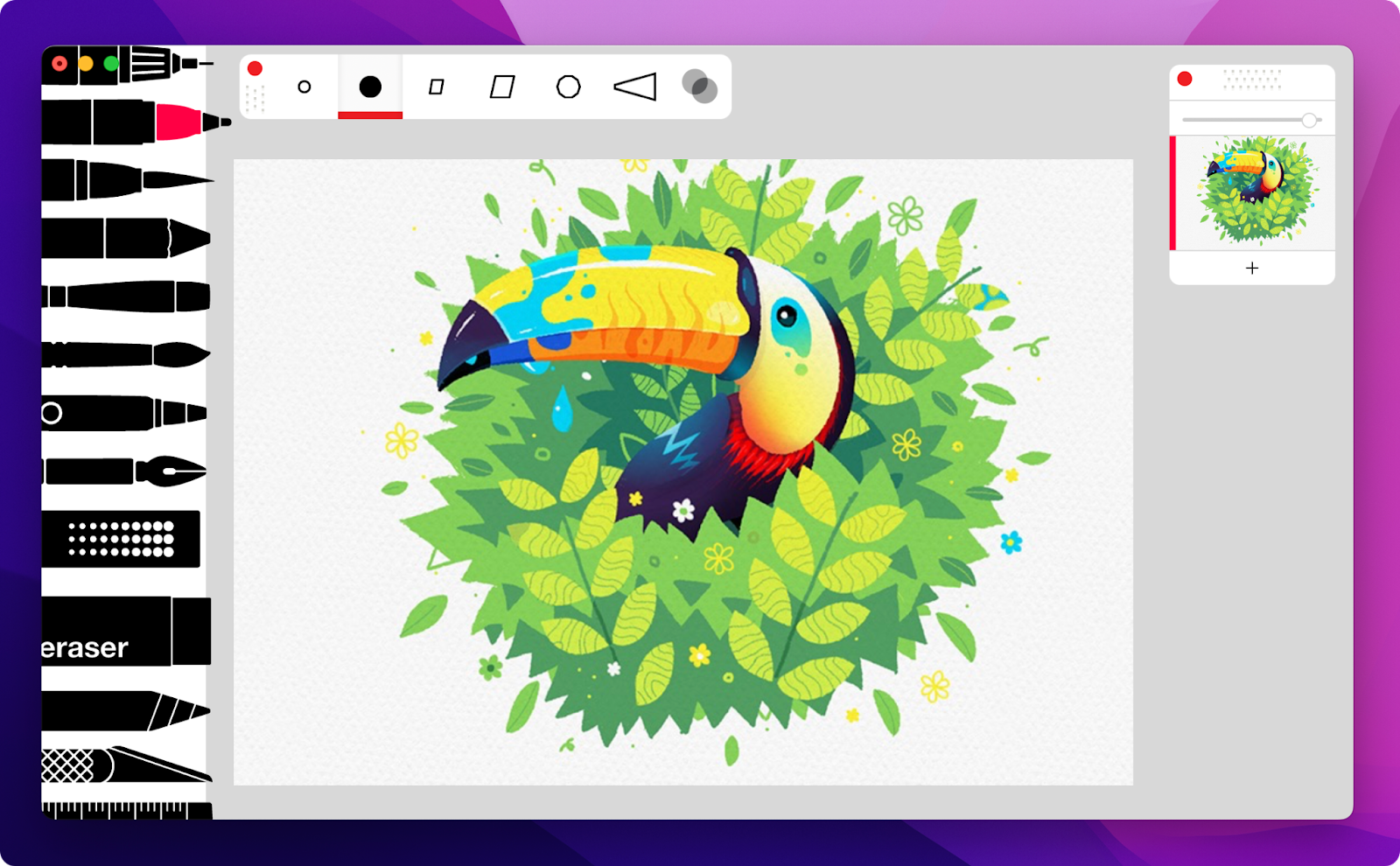 If you’re looking for more apps, not only for drawing, try PhotosRevive. The app gives your old black-and-white photos color on its own. It uses a new kind of artificial intelligence to add colors in a way that looks very real. Just scan or import your picture, and you’re done. The app will color it for you without you having to do anything. The best thing: you can use PhotosRevive on your iPad, iPhone, and Mac.

Connect an iPad to MacBook

Although it’s not an essential step, you still might want to draw on an iPad using Apple Pencil and duplicate the content on a Mac. Apple provides different ways to do that.

For example, Continuity Sketch, which allows the iPad to be used separately to sketch with an Apple Pencil or a finger, could be the quickest and most convenient option for inserting brief designs into a document. Selecting Add Sketch from the contextual menu of a Mac document will launch a blank canvas on the user’s iPad, complete with standard Markup tools.

With an Apple Pencil, you can draw with a variety of tools, including a pen, marker, pencil, eraser, and ruler, and the device will respond to your pressure and tilt. The drawing can be closed by tapping Done, and the image can be incorporated into the Mac document without having to be saved or sent separately.

Another Continuity feature known as Sidecar can be utilized in conjunction with a Mac paint software or graphics design app to enable more complex iPad drawing. 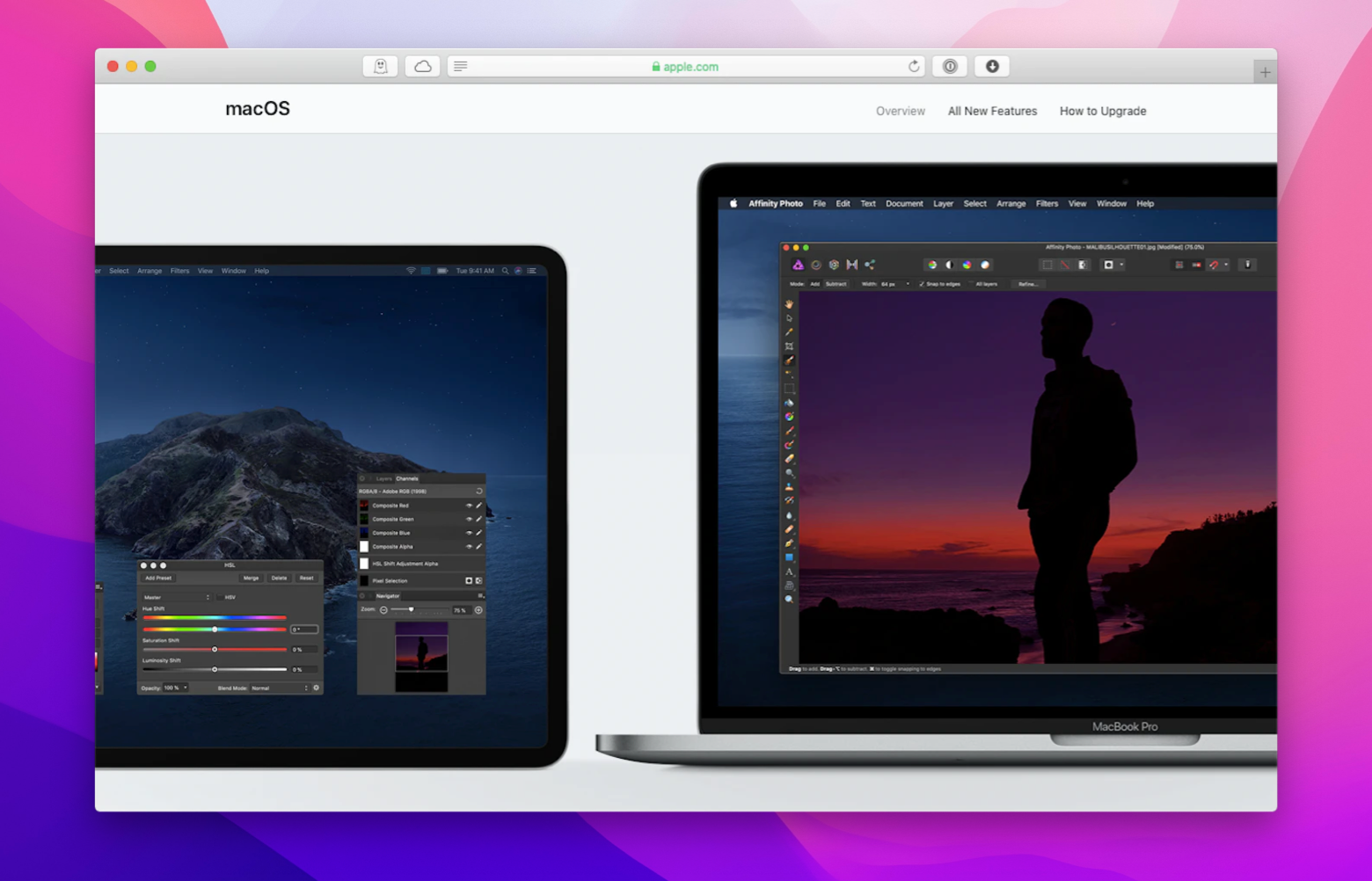 This feature works with any iPad that is compatible with the Apple Pencil, from the cheapest 10.2-inch iPad to the largest 12.9-inch iPad Pro with XDR display. Full information about pressure sensitivity and tilt is sent to the Mac, and screen updates appear on the iPad without any delay. The best thing: the iPad can be put wherever it’s easiest to draw as long as it’s within Bluetooth range. This means that an artist can take their iPad to a couch on the other side of the room and keep painting or drawing. This gives them the kind of freedom that lets their creativity flow.

Just keep in mind that you must have a MacBook Pro model from 2016 or after, a MacBook Air model from 2018 or later, or an iMac model from late 2015 or newer to be able to use the Sidecar feature. You also need an iPad Pro, an iPad Air from the third generation, an iPad Mini from the fifth generation, or a regular iPad that’s six-generation or later. You can find a list. See a complete list of hardware that is compatible with Sidecar.

Here’s how you enable the sidecar feature:

Using the AirPlay interface on a Mac is the easiest way to get to Sidecar. If you have an iPad that works with Sidecar, it will show up in the AirPlay list when you click the AirPlay icon at the top of the Menu bar. This icon looks like a screen with an arrow. 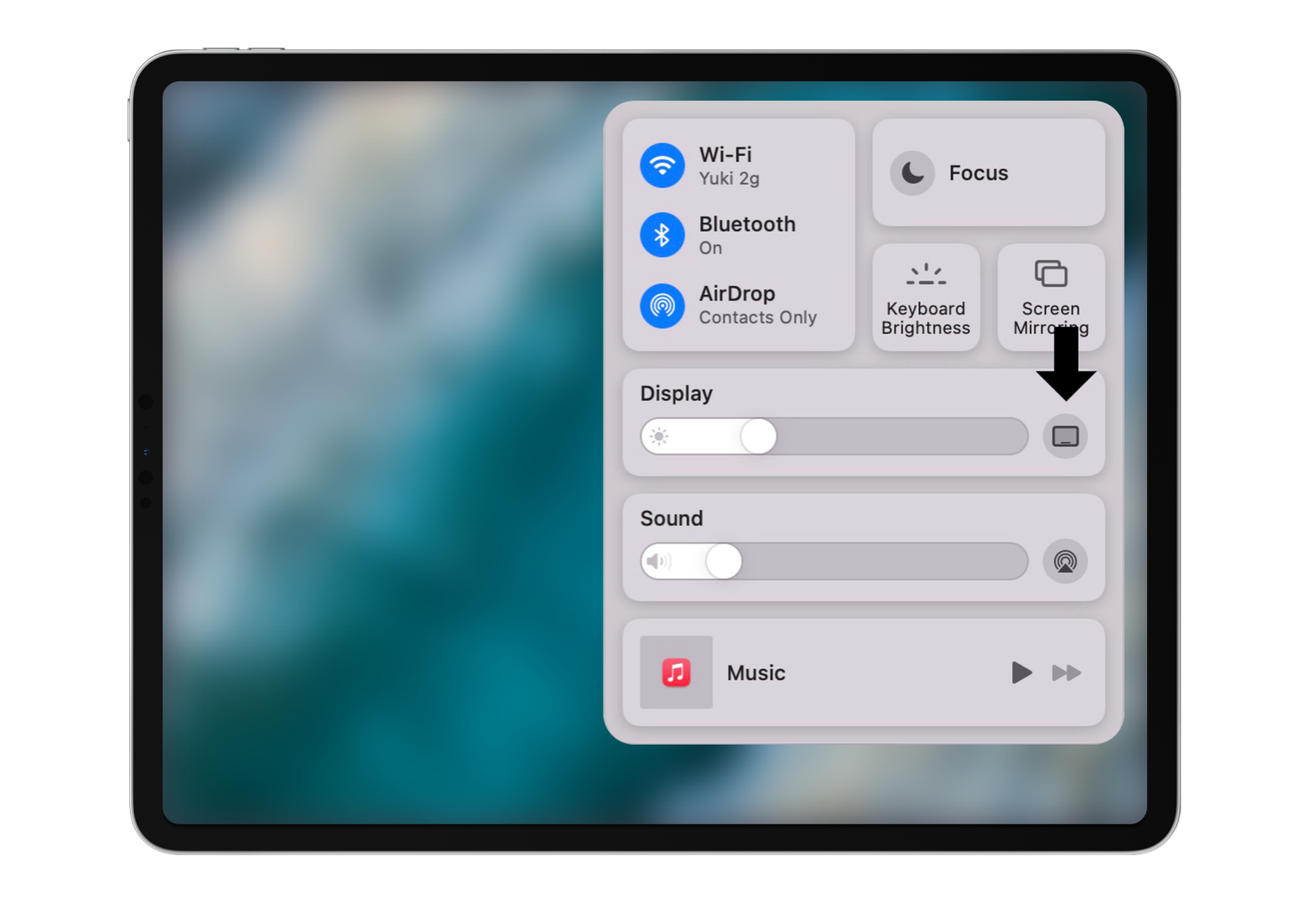 From there, just choose the iPad you want to connect to, and it will turn on and work as a second display for your Mac.

In case your MacBook or iPad don’t support the Sidecar feature, you can use Replica, the app that makes it easy to duplicate your iPad screen to a bigger screen. Open Setapp on your Mac and type in ‘Replica’ in the search bar. From there, you can get the iOS app.

Final thoughts: should you get an iPad for drawing?

Whether you should get an iPad or a drawing tablet depends on your own tastes and the tasks you need to do. In general, working on an iPad is great if you like being mobile and drawing right on your screen. On the other hand, if you usually work on your computer, a professional drawing tablet would be a great choice.

Keep in mind that on the Apple iPad, you can do a lot more than just draw. With the numerous apps available, you may also use it to view movies, play games, or simply keep up with your email and social media.

Speaking of apps we’ve mentioned in this article – Photos Revive, Tayasui Sketches, and Replica – they all are available on Setapp. It’s a platform that hosts the best apps for your Mac, iPhone, and iPad.

Let’s take a closer look at a couple of apps. For example, Dropshare is a perfect tool that helps you share password-protected download links with your creatives from iPad or Mac.

And in case you need to take good care of and save articles, links, photos, notes files, and more in one place, there’s Pile. The best thing: it will sync automatically between your iPad, Mac, and iPhone. Explore apps on Setapp and try them all for free.

So now you know that you can use iPad as a drawing tablet for Mac. Are you ready to start making some awesome art?