There are a few ways to take screenshots on Mac: you can grab an image of your whole screen, of a selected area, or of an open app window. The last option looks particularly great because it resizes instantly for any window and adds a beautiful drop shadow.

Sometimes, however, you don’t want the drop shadow to be added. Maybe you’re using a screenshot in a presentation or want to modify the screenshot somehow — there are instances when you’d rather just have the screenshot without anything extra.

The good news is you can take a screenshot without a shadow. Let’s explore all the options you can choose from.

Want to perfect your Mac workflow?

Try using the most powerful utilities and over 200 Mac apps featured in the Setapp collection.

A quick way to take Mac screenshots without drop shadow

If you want to take window screenshots without drop shadows all the time, the fastest way to do so is to remove Mac screenshot drop shadows through an app like Almighty.

Almighty is a collection of workflow and action presets that could be activated with an easy switch rather than intricate Terminal commands or complex System Preferences configurations. Anything you want your Mac to do, from hiding Dock icons to visualizing keystrokes to getting rid of drop shadows can be done here through a user-friendly menu.

If you can’t use Almighty to remove screenshot borders, there are alternative options as well. You can use the Option key, write a Terminal command, switch to selected area screenshots, or modify the image using a photo-editing app.

How to add or remove the drop shadow using Option

The standard keyboard shortcut for taking an app window screenshot on Mac is Shift + ⌘ + 5.

To remove drop shadow on screenshots, start using the shortcut as usual but before taking a picture, press and hold the Option key. That’s it, now your screenshot should be saved with no shadows at all.

Power Mac users know that almost anything that you want to do on Mac can be done via Terminal as well. The problem is that most Terminal commands are confusing for everyone but programmers and that making a mistake can cause unpredictable changes. 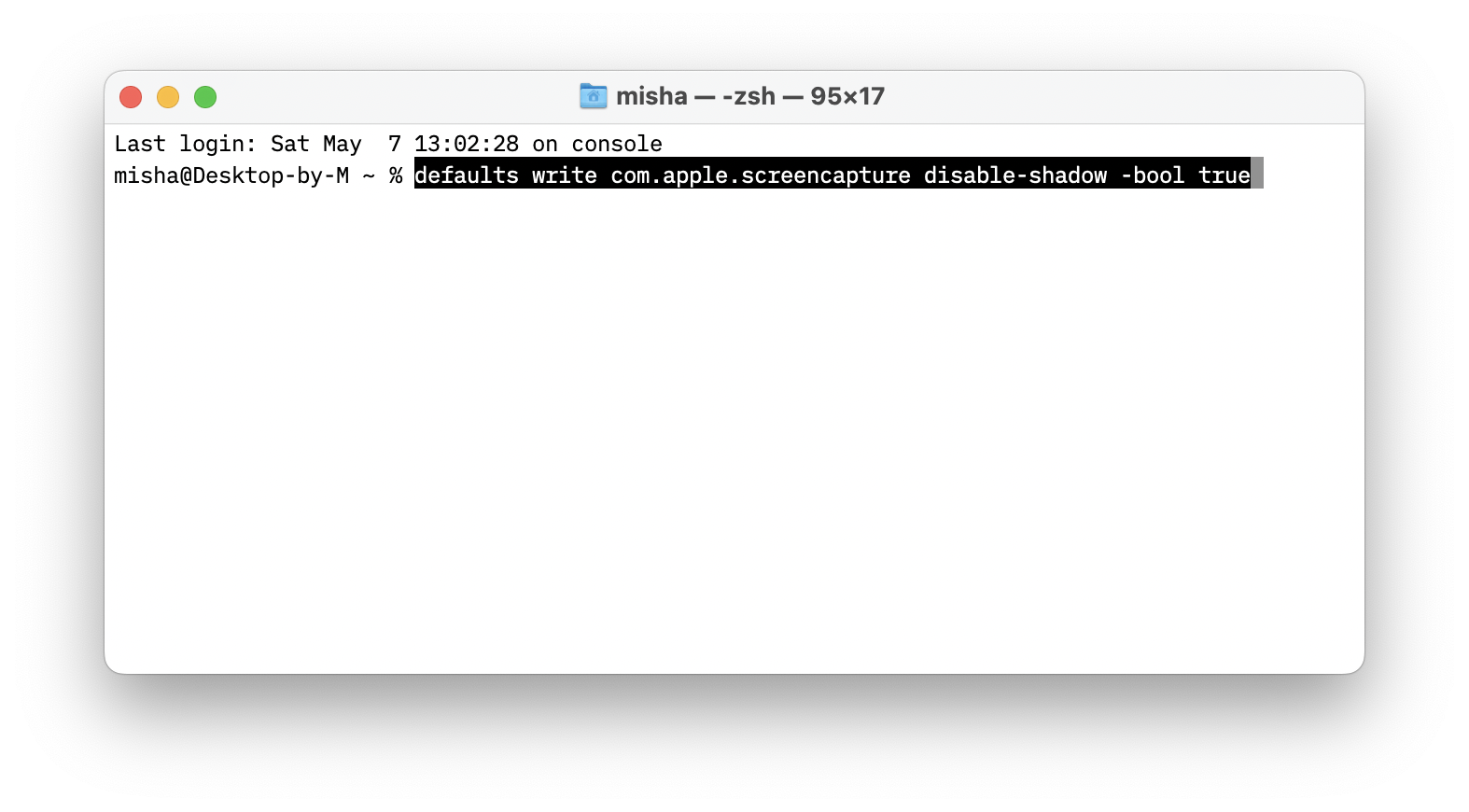 Now your app window screenshots won’t have a drop shadow by default.

To reverse the change in the future, repeat the process, but for the first command, type defaults write com.apple.screencapture disable-shadow -bool false and then press Return.

Another simple way to avoid drop shadows in screenshots on Mac is to simply take selected area screenshots.

Use the Shift + ⌘ + 4 shortcut and drag with your cursor to define the area you want to capture. This way you can frame any app window as well but the resulting image won't have any shadows.

Your final option to have a Mac screenshot without drop shadow is to remove it in post-production, meaning use a photo-editing app with crop functionality.

The app you use doesn’t have to be fancy — even Preview that’s installed on all Macs by default would do.

To remove screenshot borders with Preview: 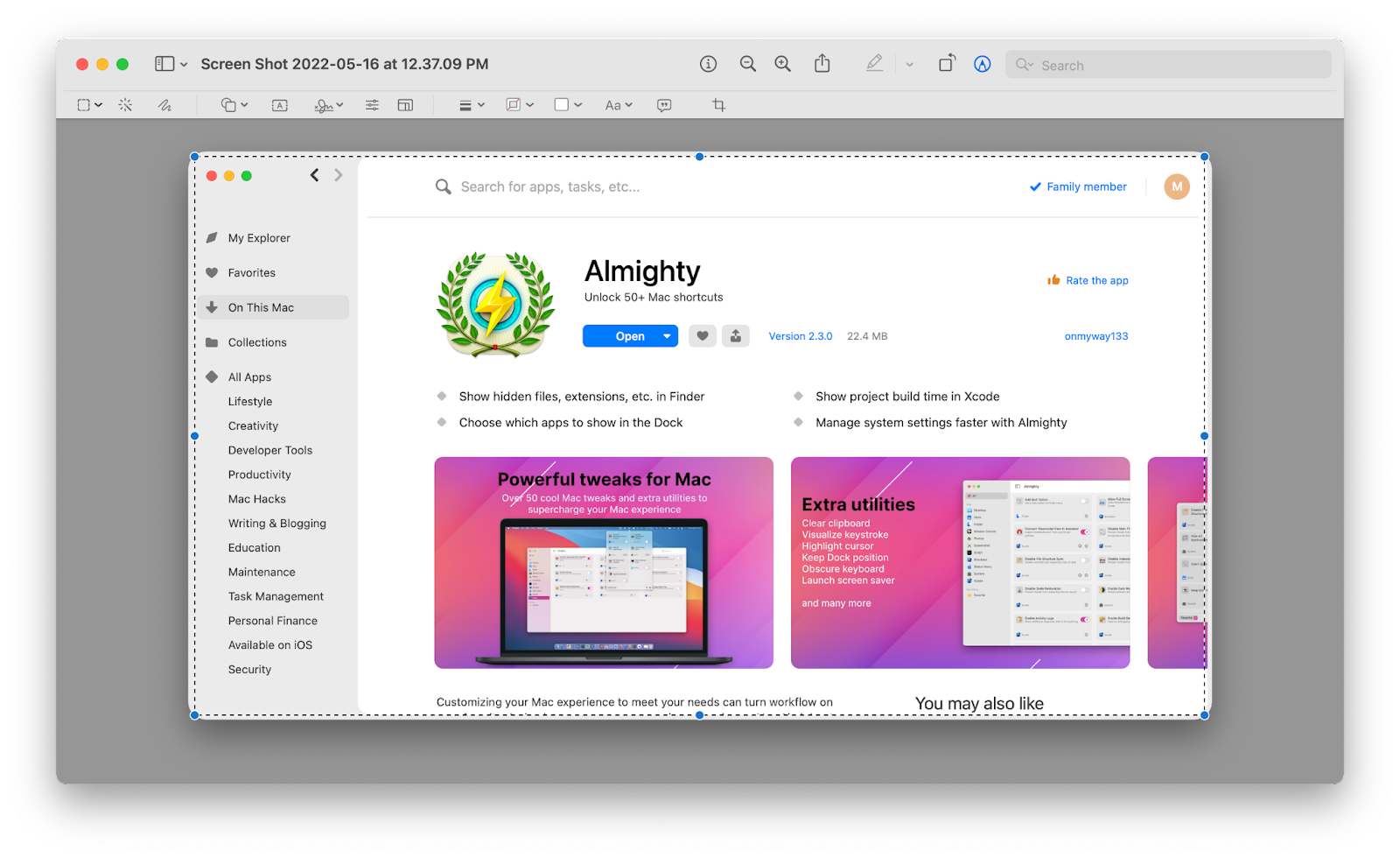 Capto is a more professional image and video editor for Mac and makes removing drop shadows even easier, besides adding more options for other effects. 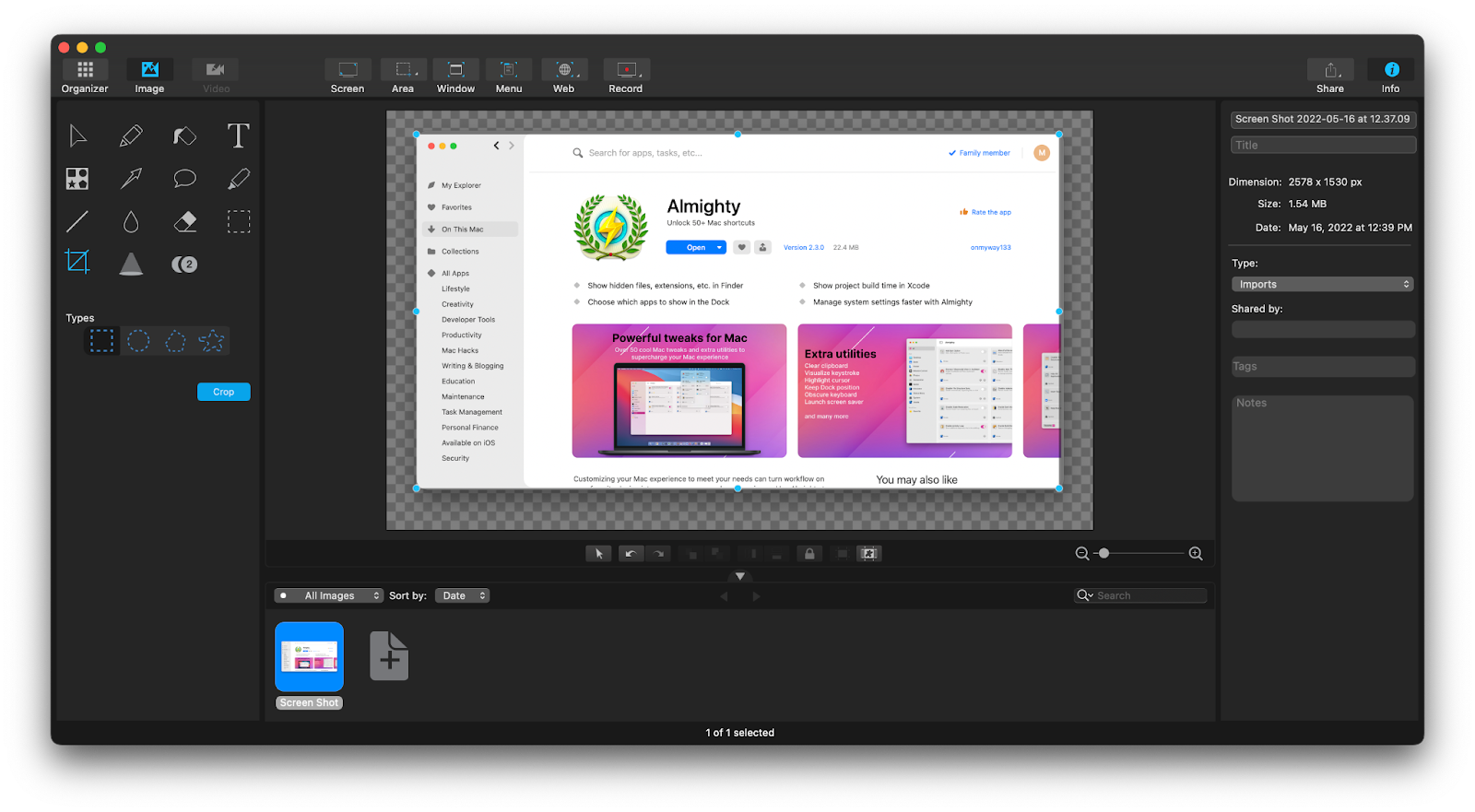 As an editor, Capto can also help you record and modify videos as well as audio tracks. It’s a great go-to screen record and image capture tool with a built-in editor.

While using apps like Preview and Capto gives you more functionality for any extra actions, if you just want to remove shadows they might not be as quick and accurate as other options described above.

As you can see, you can take a screenshot without a shadow super easy if you change default settings with Almighty or add the Option key to your regular shortcut. Changing the Terminal command and editing the resulting image in an app like Capto are also suitable options depending on your needs.

Best of all, Almighty and Capto are both available to you for free for seven days through the trial of Setapp, a platform with more than 230 apps available for Mac and iOS. Try such tools as BusyCal for easy calendar scheduling or Chronicle for tracking your expenses — at no cost!