Best screen capturing app
Use CleanShot X for all your screen recording needs.

For many new Apple users, particularly those who are migrating from Windows and are used to that Prt Scrn (Print Screen) button, the answer to the question of how to screenshot on Mac isn’t immediately obvious.

Although it only takes pressing a couple of keys to take a screenshot on Mac, the fact remains that Mac screen capture is something that hasn’t historically felt all that intuitive. For example, in addition to different key commands for screenshotting windows vs. smaller selections, recording video of your screen, for a long time, was only possible through QuickTime Player.

In this guide, you’ll find more information on taking a screenshot on Mac (and capturing video), as well as some useful tools to make your Apple screenshot life easier.

Get the ultimate screen capture on Mac - download and test the best screenshot apps. All utilities in one pack, give it a go!

On every Mac computer, you can capture high-quality screenshots and modify or share them as you see fit. You have the option of capturing the entire screen, a window, or just a section of it. The Shift, Command, and number keys are used in every Mac screenshotting technique.

Still, Apple’s native screenshot tool only gives you five options on how to capture Mac’s screen. And as you read on, you’ll discover there are many more available with third-party apps. So let’s see what works best for you.

Best screenshot app for your Mac

If you’re looking for a snipping tool for Mac that can do a little more, for example, you want to take a scrolling capture, you know that the native tool can’t do that. So you need to turn to a third-party developer. CleanShot X is unbeatable here. The app is tailored for 50+ different changes, which makes it the ultimate screen capturing tool for Mac. You can use CleanShot X to capture screen — whether it’s a window, full screen, area, or even scrolling content, as well as record video and GIFs. While capturing anything on your desktop, you can choose to hide all desktop clutter and disable desktop notifications. Once you have your clean screenshot, open it from the overlay window that pops up, and start editing. You can add annotations, blur specific parts, or draw — CleanShot X will help you customize virtually anything. 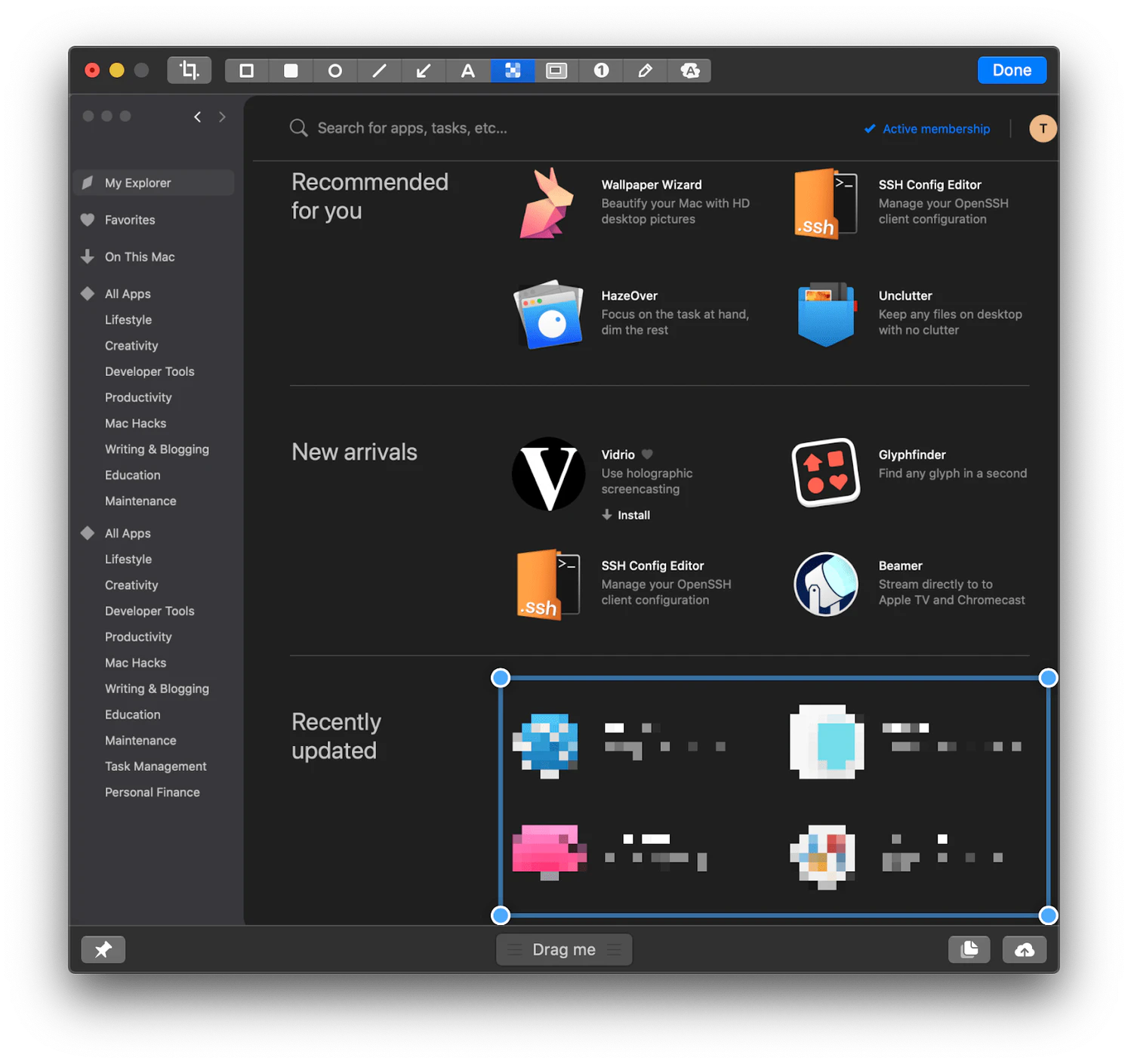 A few not-so-obvious yet cool features to mention are self-timer, screenshot pinning, and internal cloud. Want to capture something with a delay? CleanShot X has a self-timer that will help you pick the right moment. If you want your screenshot to be visible on the screen, pin it to the desktop. Finally, save your screen captures to the internal CleanShot Cloud and get shareable links in a flash. 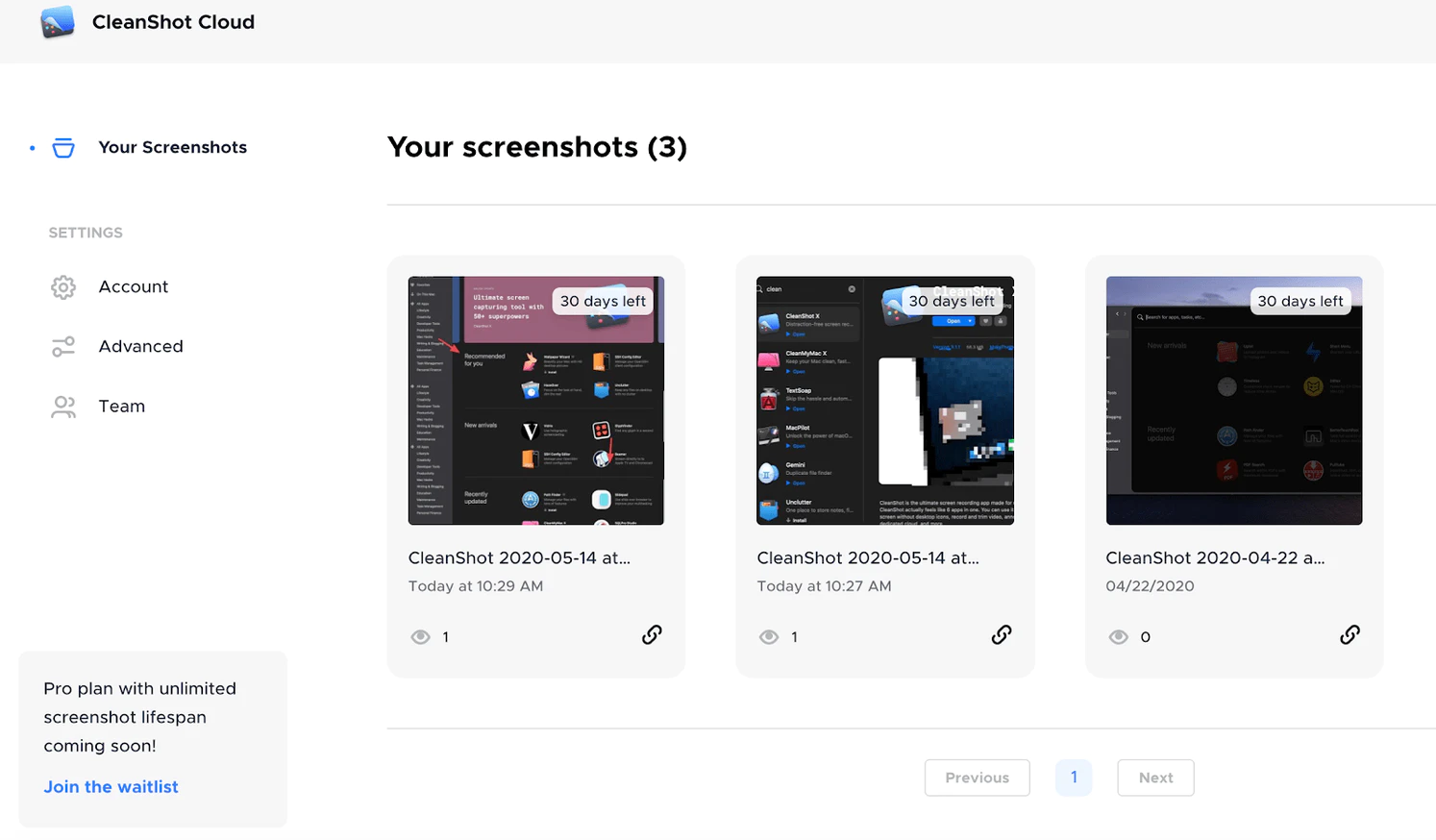 Screenshot on Mac with the screenshot menu

On macOS Mojave and later, you can either open the screenshot menu and then choose your way of capturing the screen or use dedicated keyboard shortcuts for every action, such as capturing a window or a selected area. MacOS versions released before Mojave don’t have the screen capturing menu, but have the commands to capture part of the screen or whole screen.

If you’re a Mojave, Catalina, Big Sur, or Monterey user, you can use Command + Shift + 5 to bring up a screen capture menu that will allow you to:

On the right-hand side of this menu, there’s the Options button that lets you (among other things) select where your MacBook screenshot and video output is saved. In other words, anyone looking for an easy answer to the question “how do I take a screenshot on my Mac?” could do a lot worse than upgrading to Mojave in order to streamline the process.

Print screen of a selected area

Remember us talking about shortcuts? Let’s get back to the details. Here’s how to take a screenshot of a specific area:

Capture a screenshot of the entire screen

On your Mac, follow these steps to snap a screenshot:

How to screenshot a specific section or window on Mac

How to take screenshots using the Touch Bar

If you still think you can’t live without that Windows-style print screen button...does your Mac have the Touch Bar? If yes, you can create a dedicated button for taking screenshots! Here’s how it works:

Now you can screen grab Mac using nothing but your Touch Bar. Click the screenshot button — this will bring up a screen capture menu. Click “Save To” if you want to change where your screenshots are saved to. Choose what you want to capture: the entire screen, selected area, or window. Then just move your cursor to take a screenshot.

In addition to CleanShot X we mentioned above, we recommend Capto if you’re looking for something with a little more emphasis on screen recording. Apart from recording video, or just taking a snapshot on Mac, you can also annotate and edit captures in an intuitive iMovie-esque interface. 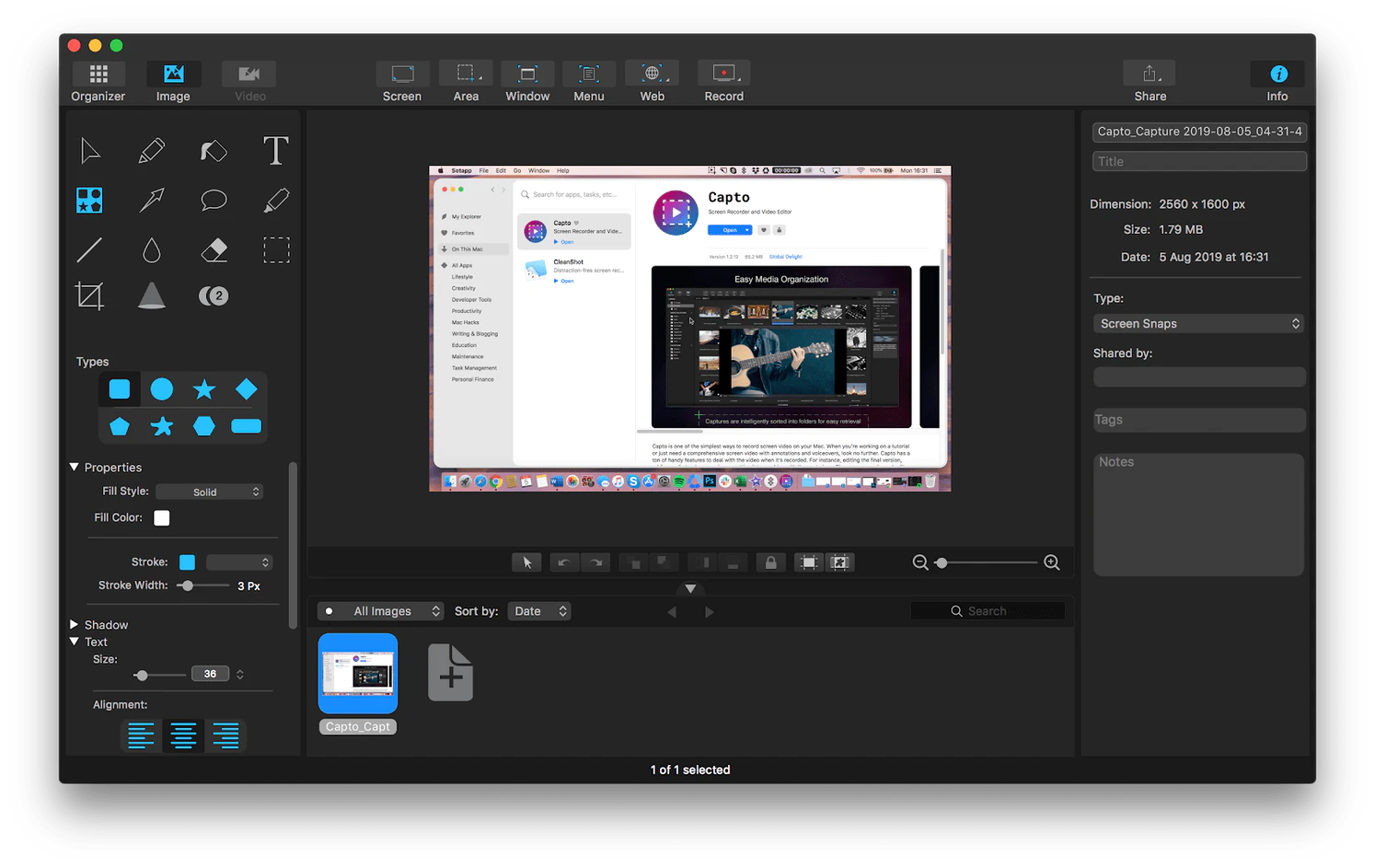 Capto does wonders if you want to record a video tutorial and share it anywhere. And given its strong visual component, it’s also perfect for those with auditory shyness who would rather add captions than a voiceover. Capto’s built-in organizer is pretty helpful for keeping track of your screenshots too.

Yac is the app you should consider if you need a quick way to share information with your colleagues, without distracting them with calls. We’ve had way too many virtual meetings in our calendars lately, haven’t we? Instead, try this asynchronous voice and video messaging tool, loved by millions of remote workers around the world.

Just record a quick voice message — you can add a screen recording with annotations and show webcam if you like — and let your teammates check it out when it’s convenient for them. It’s possible to integrate Yac with Slack, so you get notified when someone sends you a yac. 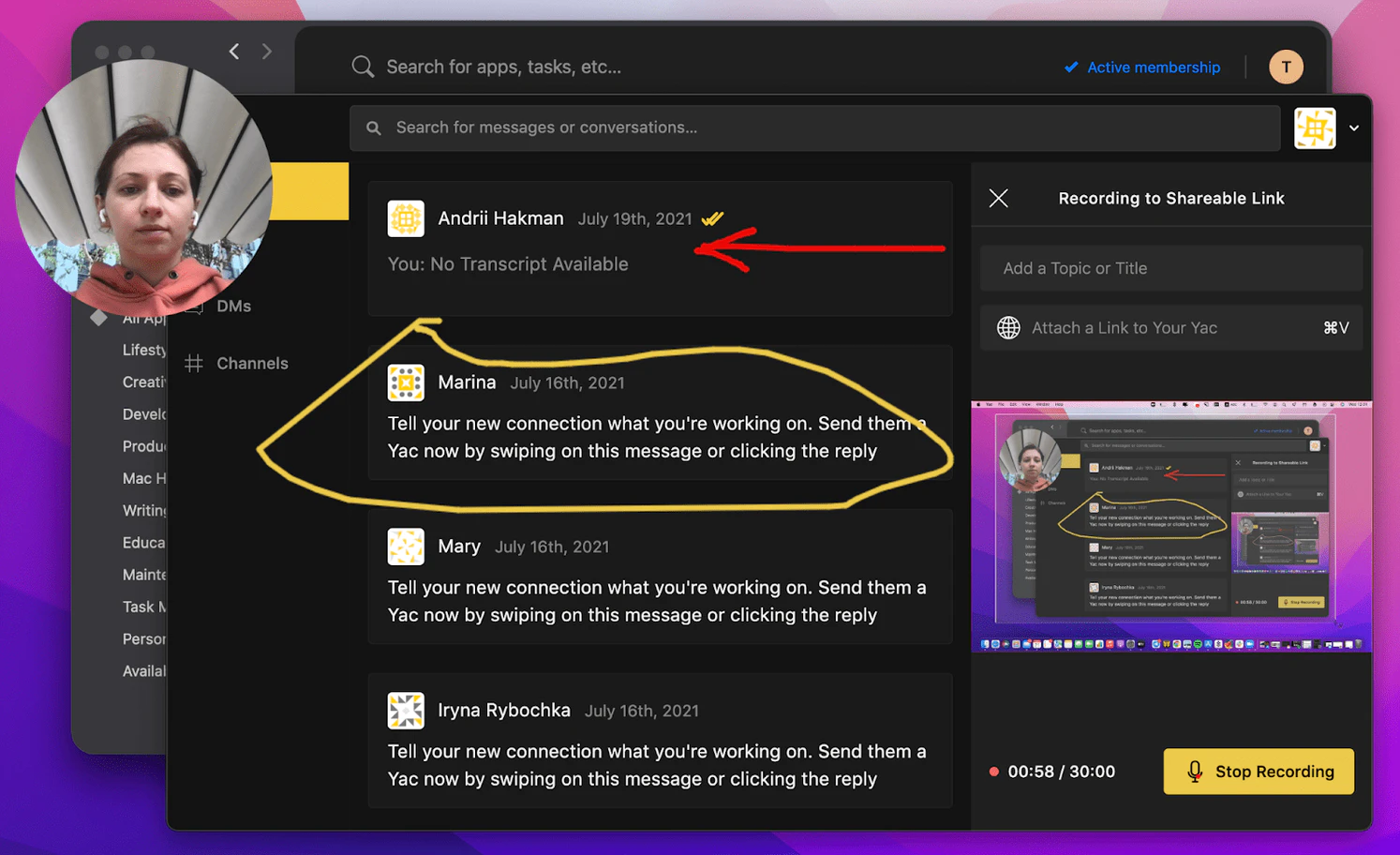 Finally, lots of advanced media players have a screenshot tool. This is very handy if you want to capture specific moments in a movie or video — you usually can’t do it when you watch a movie online because most streaming services block screenshot tools. Instead, consider using Elmedia Player to play any media content and capture screenshots on the fly.

All these third-party apps are available with Setapp, so you can try all of them for free.

How to print screen on Mac with Preview

Preview is Apple’s native image and PDF viewer — probably an essential part of your workflow. Its screenshot tool allows you to grab a part of the screen, window, or entire screen. The benefit of taking screenshots in Preview is that it automatically opens the screenshot you’ve taken in a new Preview window, so you can edit it — resize, add annotations, etc. 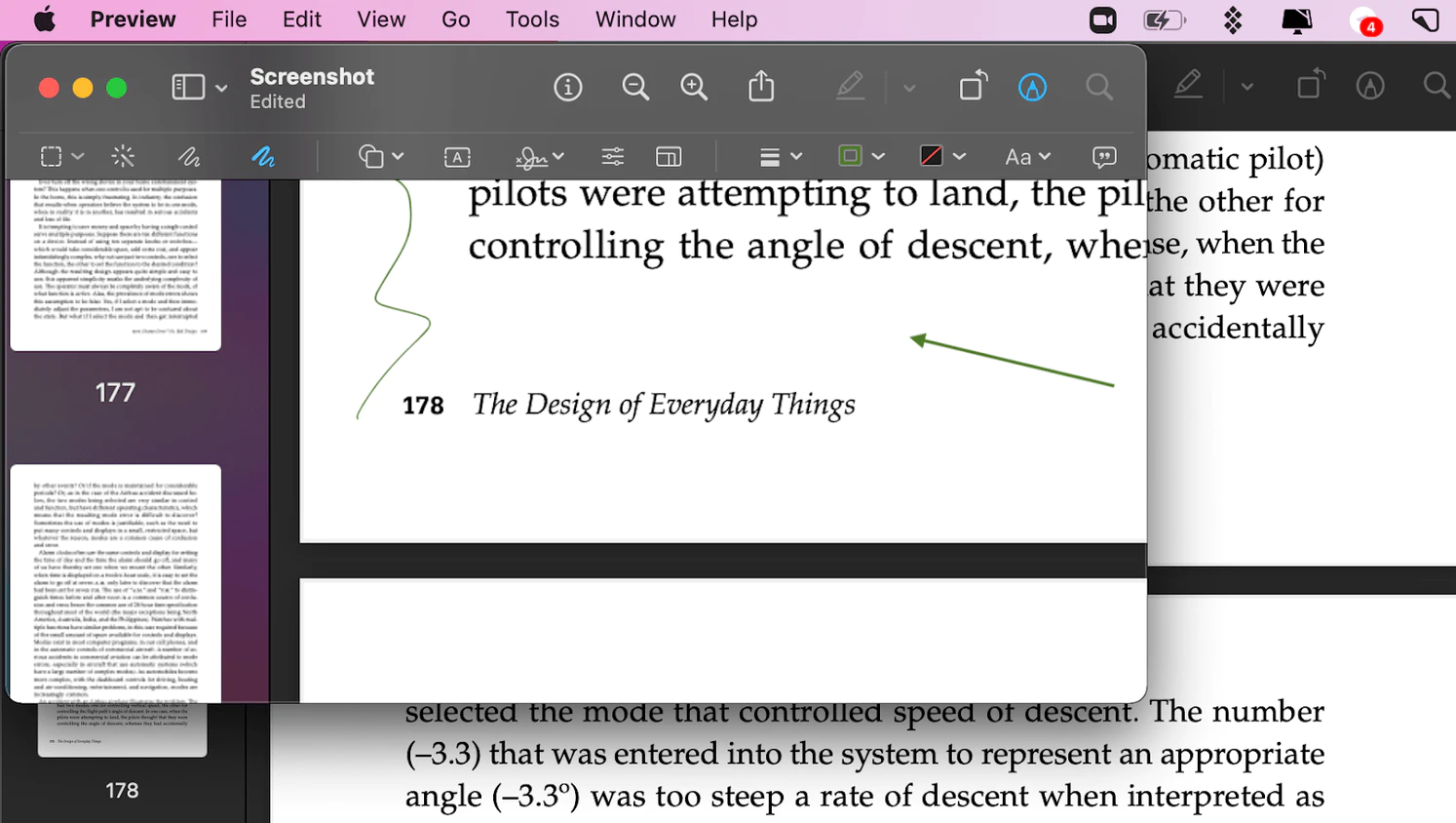 How do you take a screenshot on your Mac using Preview? It’s simple. In the app menu, select File > Take Screenshot > choose which part of the screen you want to capture > take a screenshot. From there, you’re free to edit and save your screenshot to any location on Mac.

If you take a lot of screenshots, you’re probably used to your Downloads folder or Desktop being clogged with images like “Screen Shot 2019-XX-XX at 21.36.15.” Not particularly helpful for keeping all of your images in check, especially when macOS is prone to heavily abbreviating filenames.

While it’s possible to use Finder in conjunction with Preview to view all of your caps, that still isn’t a satisfying visual experience. One of the best solutions is PhotoBulk, a bulk image editor designed to rename, resize, and compress photos in bulk. Simply drag and drop the screenshots you want to rename, type in the name for the group, and click Start. All your renamed images will be tucked neatly into their own folder. 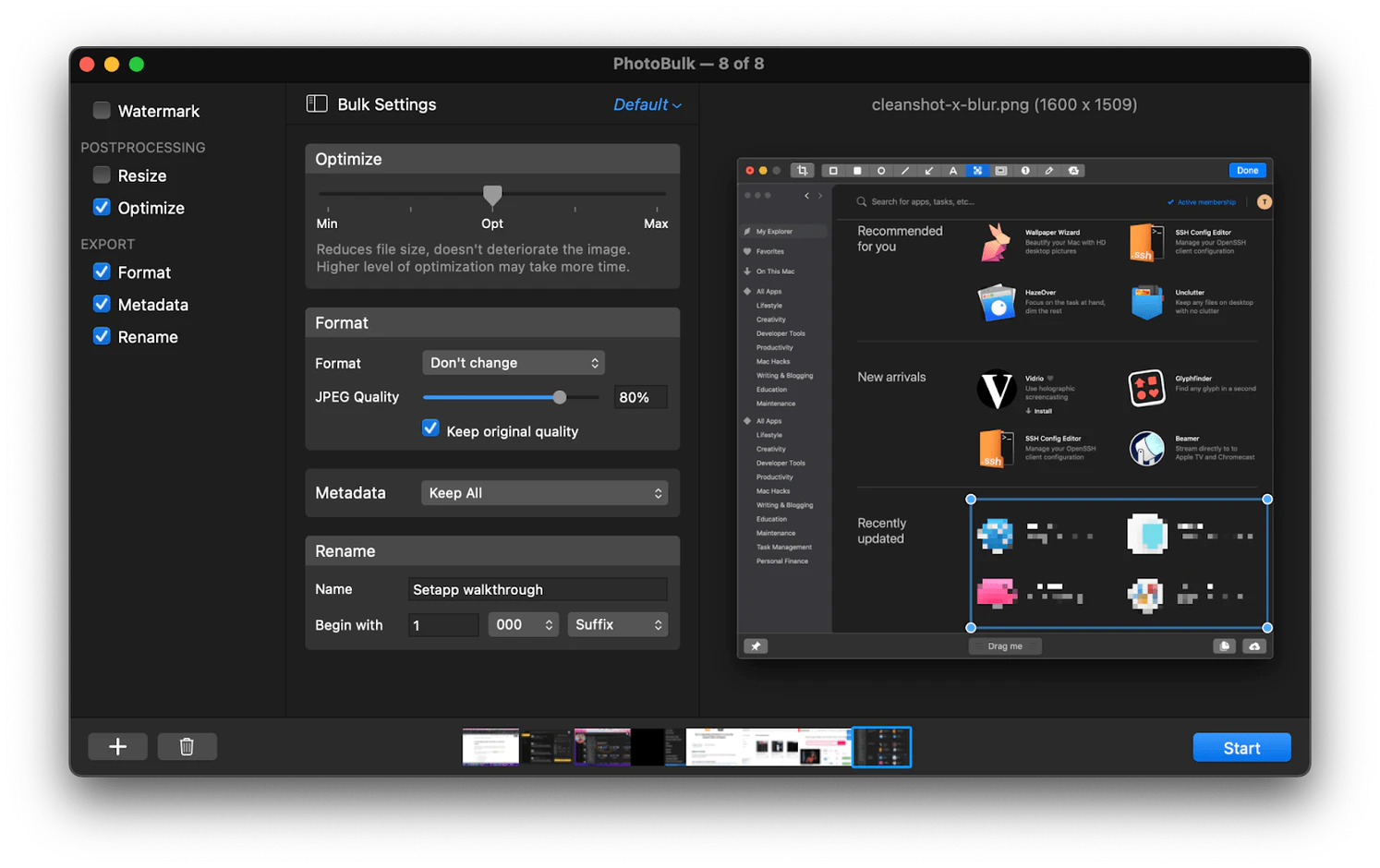 Pro tip: You can set the exact format of your image names and pick the exact number the count starts from.

But even once you’ve solved the question of how to snapshot on Mac, sharing those screenshots with, say, colleagues or friends isn’t necessarily the easiest thing to do. Rather than emailing files back and forth, or having to upload everything to a public Google Drive, you might consider a solution like Dropshare. As the name suggests, it makes sharing screenshots (and other files) as simple as dropping them into the relevant area.

Dropshare connects with a range of major third-party cloud apps, but you can also lean on proprietary Dropshare Cloud if you prefer, which is helpful if you want to keep your Mac screen capture sharing separate from your other sharing activity. 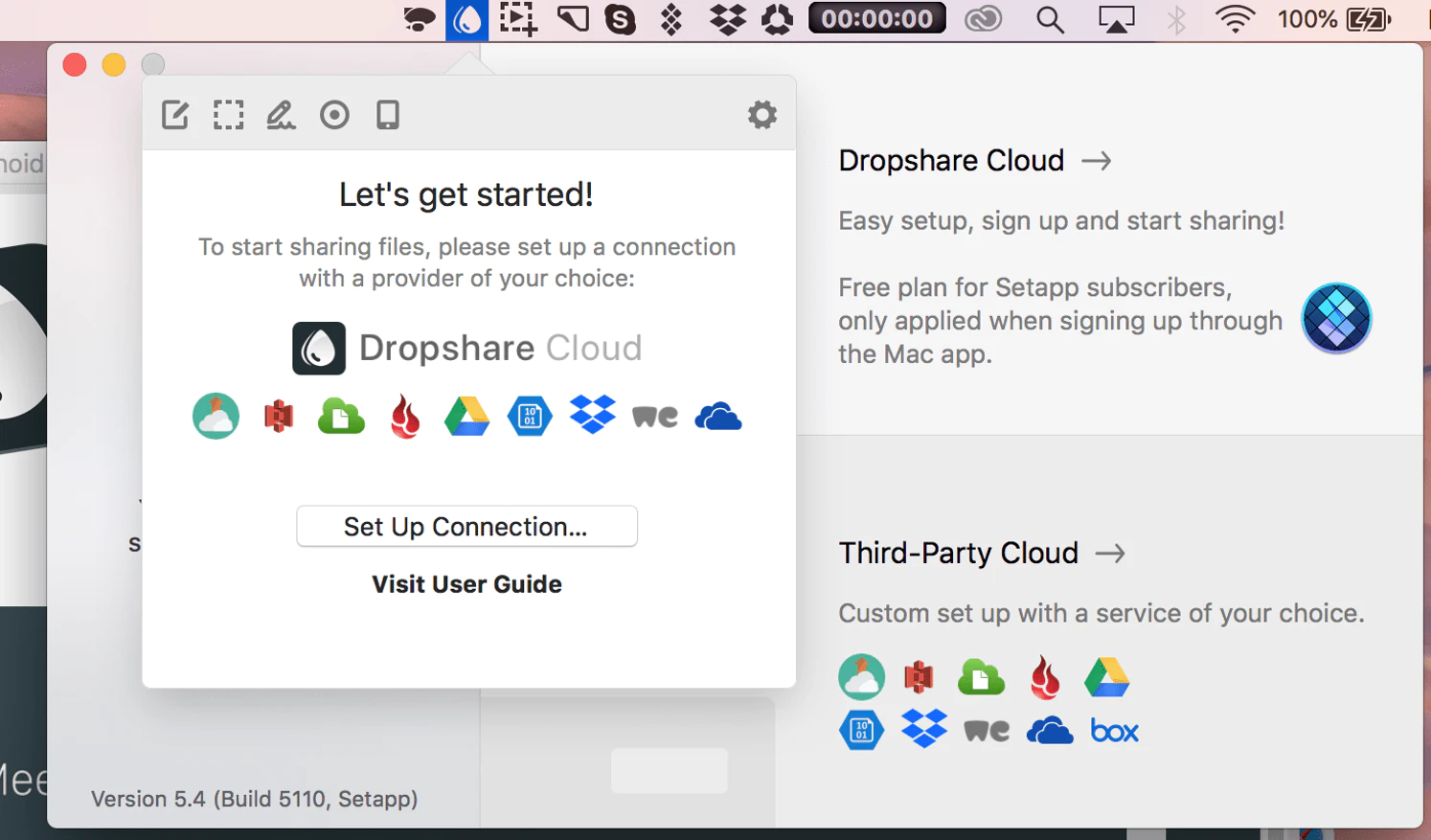 As you can see from above, learning how to screenshot on Mac isn’t particularly difficult — in fact, now easier than ever thanks to the addition of a dedicated MacBook screenshot and video capture menu in macOS.

It’s clear that Apple understands the print screen Mac trouble for Windows switchers, so you can likely expect to see further improvements to the process in the future. In the meantime, there are some excellent options in the snipping tool for Mac market that facilitate the process and offer a range of diverse features you won’t find among those built-in options for taking a screenshot on Mac.

Best of all, you can try all the apps mentioned here: CleanShot X, Capto, Elmedia Player, Yac, PhotoBulk, and Dropshare absolutely free with a 7-day trial of Setapp, a membership with 240+ essential apps for any task at hand. Now you’re all set for your screenshotting game.

How to screenshot on Mac FAQ:

If you still have questions about the options to take a screenshot on Mac, here you go. We’ve got answers for some common questions:

How to view screenshot on Mac?

A screenshot that you capture on a Mac is instantly saved to your Desktop. You may access them by going to the Desktop screen on your computer or by using Finder to access the Desktop folder and view your saved pictures within. If you have a lot of screenshots that you need to filter through on your Desktop screen, using Finder can be the simpler option since it typically shows the date and time the screenshot was taken.

How to paste a screenshot on a Mac?

You have the option to copy screenshots directly to the Mac clipboard rather than saving them all to the Desktop or another location, enabling you to paste them into a document or online form you’re working on.

This is especially helpful if you simply need to utilize the screenshot straight away and don’t want to keep it.

Press Control while taking a screenshot on a Mac to copy it to the clipboard. Then press Command + V in any other app to paste the screenshot.

How to disable screenshots on Mac?

Go to System Preferences > Security & Privacy > Privacy > Screen Recording on a Mac to disable screenshots. Unlock the padlock with your password. You may view a list of the applications that are currently recording your screen here. You can select and unselect the apps from here.

How to selectively screenshot on Mac?

Press and hold Command + Shift + 4. Your cursor will change into a tiny reticule to the lower left that contains pixel coordinates. To select a rectangle area for a screenshot, click and hold the mouse button or trackpad button while dragging the pointer. If you want to start over without capturing the picture, press the Esc key. Release the click to take the picture.