Achieve optimum productivity and the world's your oyster. You can do anything, in fact everything, you've ever wanted.

Unlike back in the day when a call on the landline or another human being were the only things that could pull you away from work, today you have people liking your (awesome) tweets, Facebook informing you about that "friend" you haven't seen since school, and Gmail buzzing your phone every time another newsletter lands in your inbox.

Habits to improve your productivity

It's hard work to just stay focused and work.

However, some people have figured it out. A select group of men and women that seemingly possess the same 24 hours in a day but manage to do so much more. These productive people share 10 things in common that help them increase productivity and get stuff done. Here they are.

Waking early can give you an hour or three of extra time for focus and creativity. The person that shows up first has an advantage over others. So by getting up early, you're a priori getting a head start on everyone else.

By waking up one hour earlier every day, you gain an extra 15 days a year! And since mornings are quieter — kids are still in bed, and fewer people clog up social media — they give you even more time to focus on work. 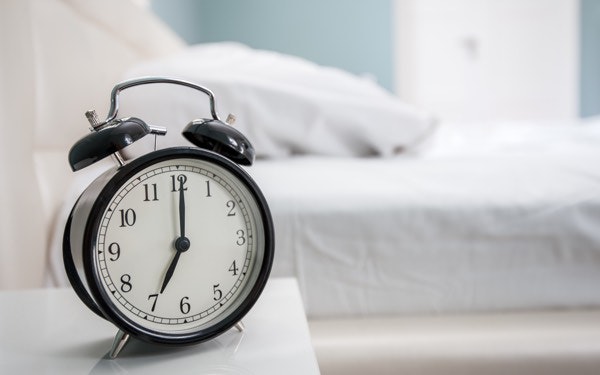 So how early is early?

Well, Apple's Tim Cook is up at 3:45 am to work through emails. That might seem a little insane.

Richard Branson rises at around 5:45 am, which a little more manageable.

Twitter CEO, Jack Dorsey is up to meditate and head out for a six-mile run at 5:30 am.

5:00–6:00 am seems to be the sweet spot for most productive people. The Independent's Rachel Hosie tested the 5:00 am theory for a week and found she was more productive and achieved more at work. So try setting your alarm for then. And no hitting that snooze button! Better yet, put your alarm out of your immediate reach altogether.

A clear mind boosts productivity, and just 10 minutes of meditation a day can work wonders for focus, creativity, and stress levels.

Tony Robbins said, "If you don't have 10 minutes, you don't have a life." As you'll now be waking up earlier every day, you should be able to find time to sit down and cleanse the mind and soul. If you've never tried meditation before, Fast Company's meditation techniques for people who hate meditation is a great place to start. 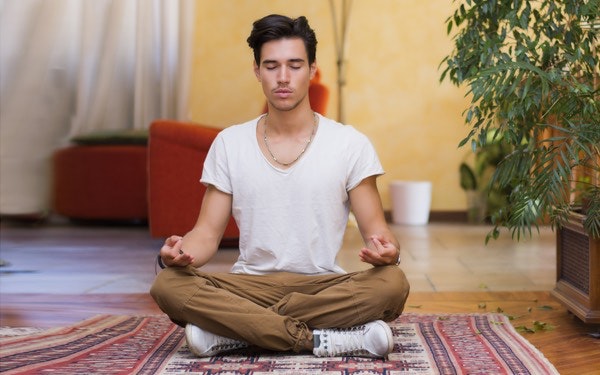 Start to relax and meditate with Noizio, the app for mindfulness and meditation to bring more clarity, joy, and peace to your daily life.

Noisio is full of gentle ambient music that is great for the meditation and relaxes. Just run this app right on your Mac to relax the body and mind. Enjoy listening to the nature sounds that will aid you in helping reduce stress and finding inner peace and calmness, and dispel sadness in your life, just breathe deeply and listen to the gentle melody of our mind.

3. Have a morning routine

Every successfully productive person has a morning routine. This routine differs, but almost always involves a workout: jogging, walking, exercise bike, treadmill, that sort of thing. Working out in the mornings releases those "feel good" endorphins that will get you in a positive mood to face the day.

It also involves making time for oneself to read or consume information that's beneficial to productivity in some way.

Warren Buffett, for example, starts his day by reading the latest news. Mark Zuckerberg by spending time on Facebook. No surprise there.

Hydration is a big thing too. A lot of people drink coffee, but water is a better bet. A liter of water provides the body with energy, aids digestion, and boosts metabolism. 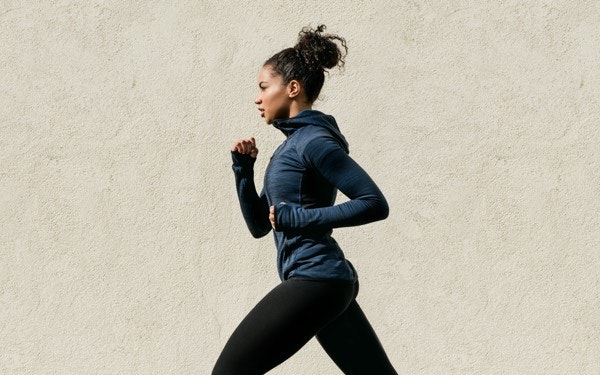 Habits are things that we do automatically–things like checking your email first thing in the morning or reading some of the news, and the same time chatting with friends.

Conquering morning emails is essential to the daily routine. How to limit the time you spend on emails? The best way is to focus exclusively on what’s important in your inbox – with natural language search, smart filters, and a bulk cleaner, Canary Mail is the king of efficient email management. Also, there's a News Explorer app that can help you to take a break, have some quiet time, and keep up on important news. And you should absolutely try IM+ the all-in-one instant messenger for all your messaging!

Structure. How much easier is it to get things done when you know exactly what it is you're supposed to be doing? Instead of winging it and wasting time thinking what needs to be done, productive people make a plan.

When listing things, you have to be strict about what goes in. Forty-one percent of things on a to-do list (close to half!) never get done. Focus on the things that really matter and keep tasks well spaced out so as not to put too much time pressure on yourself. 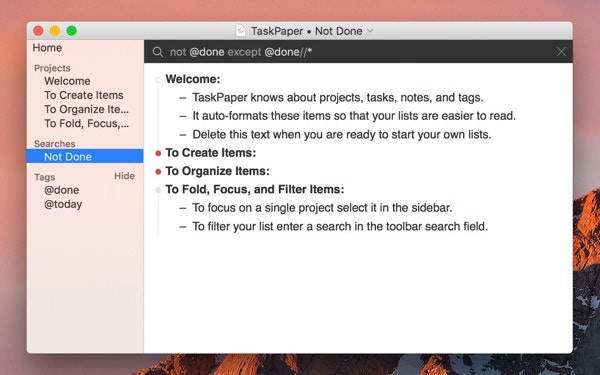 When we talk about structure, we're not meaning military precision… Just plan your day and manage tasks to accomplish the things that are important.

A task management app like TaskPaper will come in handy to outline tasks and bring some order to your day.

When you're trying to be more productive, taking breaks seems completely counterintuitive. But they're essential. It's impossible for anyone to work with the same vigor for eight hours straight.

Think of the brain like a phone battery. Heavy use over a sustained period drains a lot of power and recharging is required.

Try the Pomodoro Technique, whereby you work in intervals (usually 25 minutes) and take short breaks in between. The idea is that by working in short bursts you're able to retain focus and flow without succumbing to distractions. 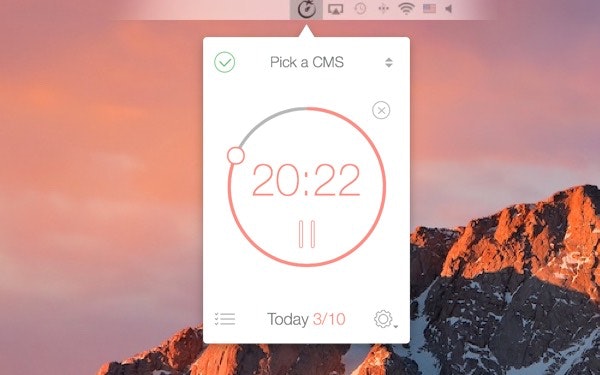 Be Focused is a work time tracking app with a Pomodoro functionality built in. Give it a go. You'll be surprised at how much more effective you work can be.

If you want to be productive, you're going to need to do everything in your power to minimize distractions. Social media is forever willing you over to the dark side of procrastination. There's no time for it in this new productive world of yours. It needs to go. We're not talking about deleting Facebook and Twitter accounts, rather blocking them out of your work routine.

Productive people don't have some mystical level of willpower to block out social media, they use apps to do it for them.

Focus is a great app for this, allowing you block out those pesky, time-consuming sites at the click of a button. And, in the true spirit of productivity, the app even gives you a motivational quote for every site blocked to get your mind focused on the task at hand.

Multitasking is a sure-fire productivity killer. The brain isn't wired to perform multiple tasks well. Research has shown that multitasking can actually make you dumber. Seriously. A simple thing like checking an email mid-task is enough to reduce your IQ by at least 10 points.

It comes back to focus — focus on one thing at a time. It's a good habit.

It turns out that the idea of 80 percent of the effects coming from 20 percent of the sources means that the 80/20 rule can be applied to a lot of things, including time management and productivity.

So what does this mean? It means streamlining your workflow to remove steps that aren't necessary. Break tasks down into incremental steps until you find the magic 20 percent of efforts that get results.

Richard Branson and Bill Gates carry around pen and paper. Tim Ferriss makes use of Evernote and Taylor Swift talks to her iPhone to record voice memos whenever inspiration hits. Taking notes is the easiest way to get things out of your head. And a clear head is great for productivity.

You don't have to look far to find a note-taking app these days, most phones and tablets have one by default. For Mac, Focused is simple, effective, and distraction free.

It's not always possible to avoid meetings, but do when you can. When you don't want to be productive, meetings are a wonderful way to justify wasting time. When there are things to be done, however, meetings kill productivity. 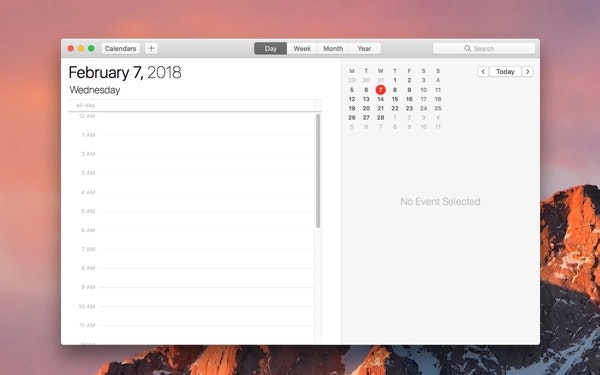 And there you have it. Ten habits that you can adopt to make yourself more productive. In truth, taking on just one or two of these habits and really implementing them will noticeably improve your productivity. But finding a way to welcome all ten into your daily routine will transform you into a productivity monster. And when you are done with work for the day, let us know on social media how it went.