Get a music studio for Mac
All in one music recorder and mixer, n-Track Studio.

By now, you probably know what a powerful creative tool your Mac is. It’s definitely hard to beat when it comes to retouching photos, editing videos, and — naturally — making music.

There are, in fact, so many music making apps for Mac that it’s hard to decide which one to get and what’s the difference between them, especially if you’re just starting out. But don’t worry — below is the ultimate guide to help you pick the best music production software currently on the market.

Be a creator with Setapp

The ultimate toolkit for curious folks — Setapp gives you access to 180+ apps for creating music, design, code, and more.

It’s important to note that no single music creation software is best for everyone. Needs, experience levels, and preferences tent do differ a lot, so the final choice should be different as well. Having said that, there are a few options that have been winning in their respective categories over the years again and again. Here they are.

GarageBand: The easiest way to start

You don’t have to go far for an introductory experience to music making programs — the GarageBand app is already pre-installed on your system.

GarageBand for Mac is a versatile free music making software for beginners. You can use its tutorials to make your first steps into playing an instrument, record your own music (including your voice), add special effects, and produce complete tracks to upload to SoundCloud or beyond.

If you don’t have GarageBand in your Applications folder yet, download it from the App Store for free. When you open the app, it’ll prompt you to get all the available sounds and effects. The newer version of GarageBand for macOS Catalina and macOS Big Sur covers a fantastic virtual drummer that you can customize to fit your patterns exactly, whether you’re playing rock or hip-hop. 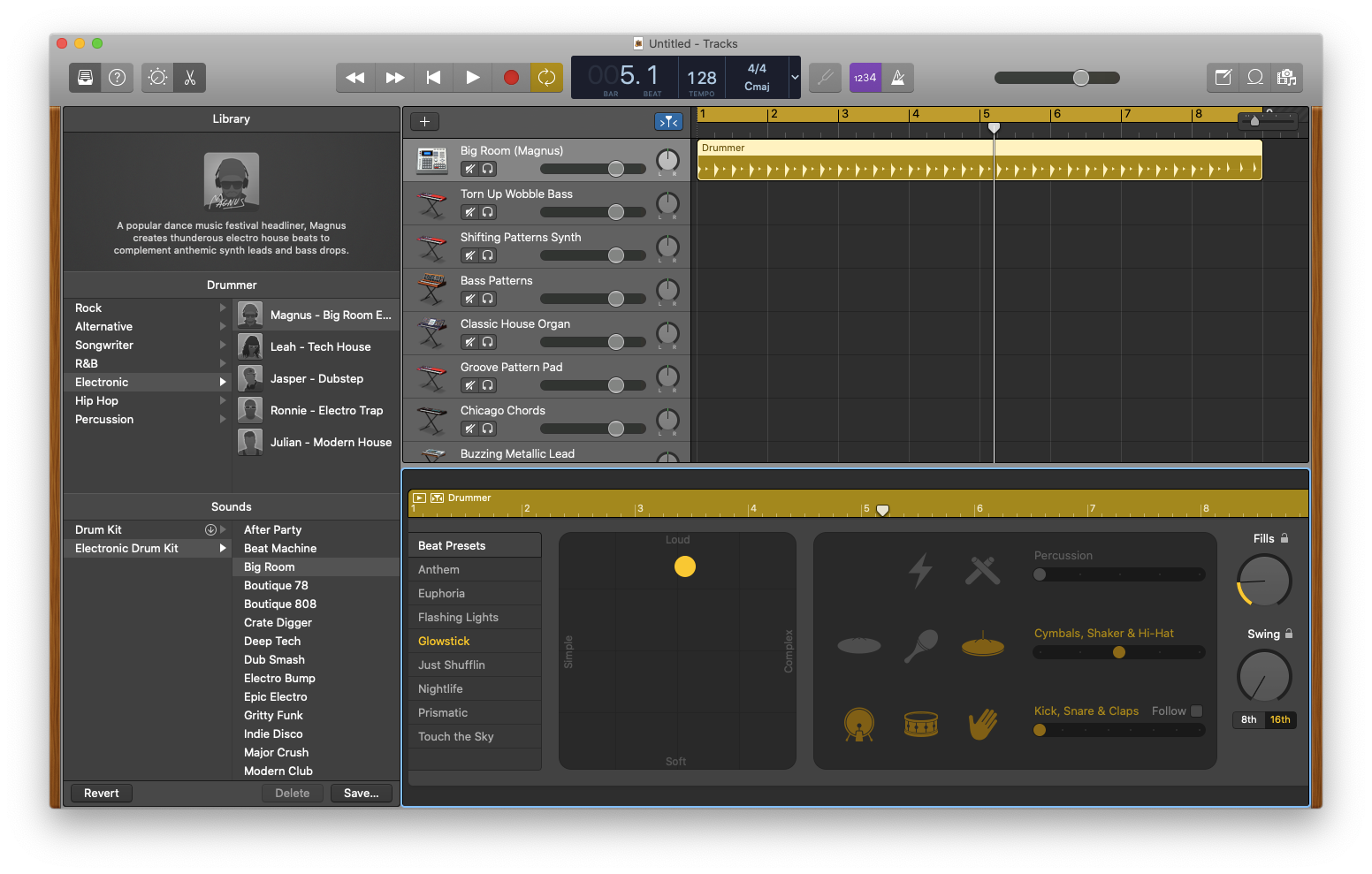 At the other end of the music software spectrum is the industry-standard Ableton Live. First released in 2001, Ableton has been honing its music making software for nearly two decades. It’s not only able to record, arrange, mix, and master your music but also be used at live shows to play that music back, right from the same interface. 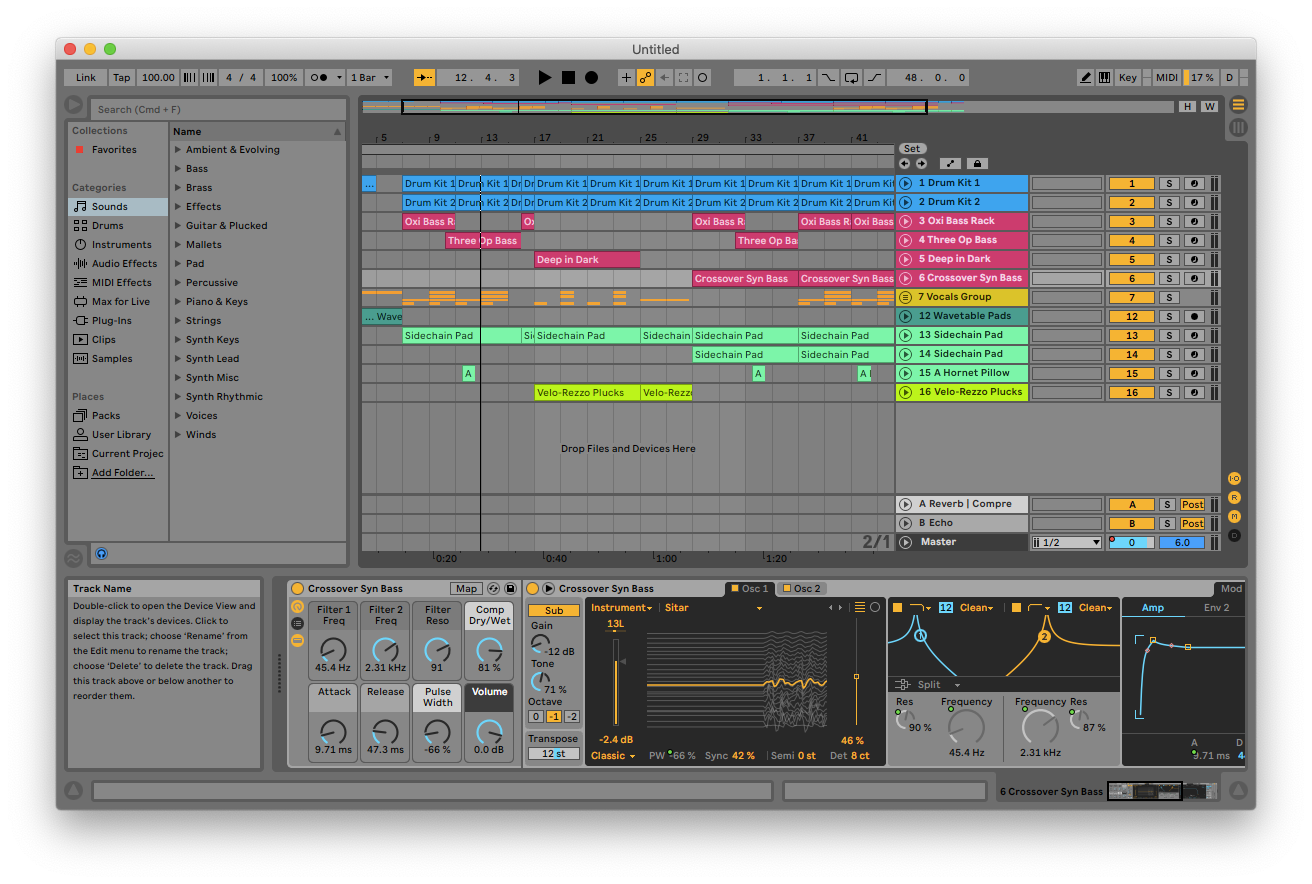 Bad news: it’s very difficult to learn Ableton on your own if you don’t have any background in music making. Luckily, there’s a large international community of users, so you’ll likely be able to find either a local or online group in your language, which could become instrumental to getting over various hurdles.

Even more bad news: Ableton is not a free music production software at all. While Ableton Live 9 used to have a Lite version that could be downloaded free, Ableton Live 10 starts with an Intro edition at $99 (then Standard at $449, then Suite at $749). The more expensive the version the more effects, instruments, and sounds it contains.

If the gap between GarageBand and Ableton Live is so wide, naturally there would be some music making apps that would try to fill it up. Enter n-Track Studio.

With this simple app, you can take a professional music recording studio to your Mac. No expensive equipment, no fuss.

n-Track Studio is a music making software free of Ableton’s complexities but with nearly all of its power. You can record songs from live instruments or create complex EDM tracks using virtual tools as well, with the help of a massive library of sound effects. What’s more, n-Track Studio features a free MIDI software built right in and doesn’t require a too powerful of a processor on your machine, since its audio engine is optimized for minimum latency, even when dozens of tracks are played at once. 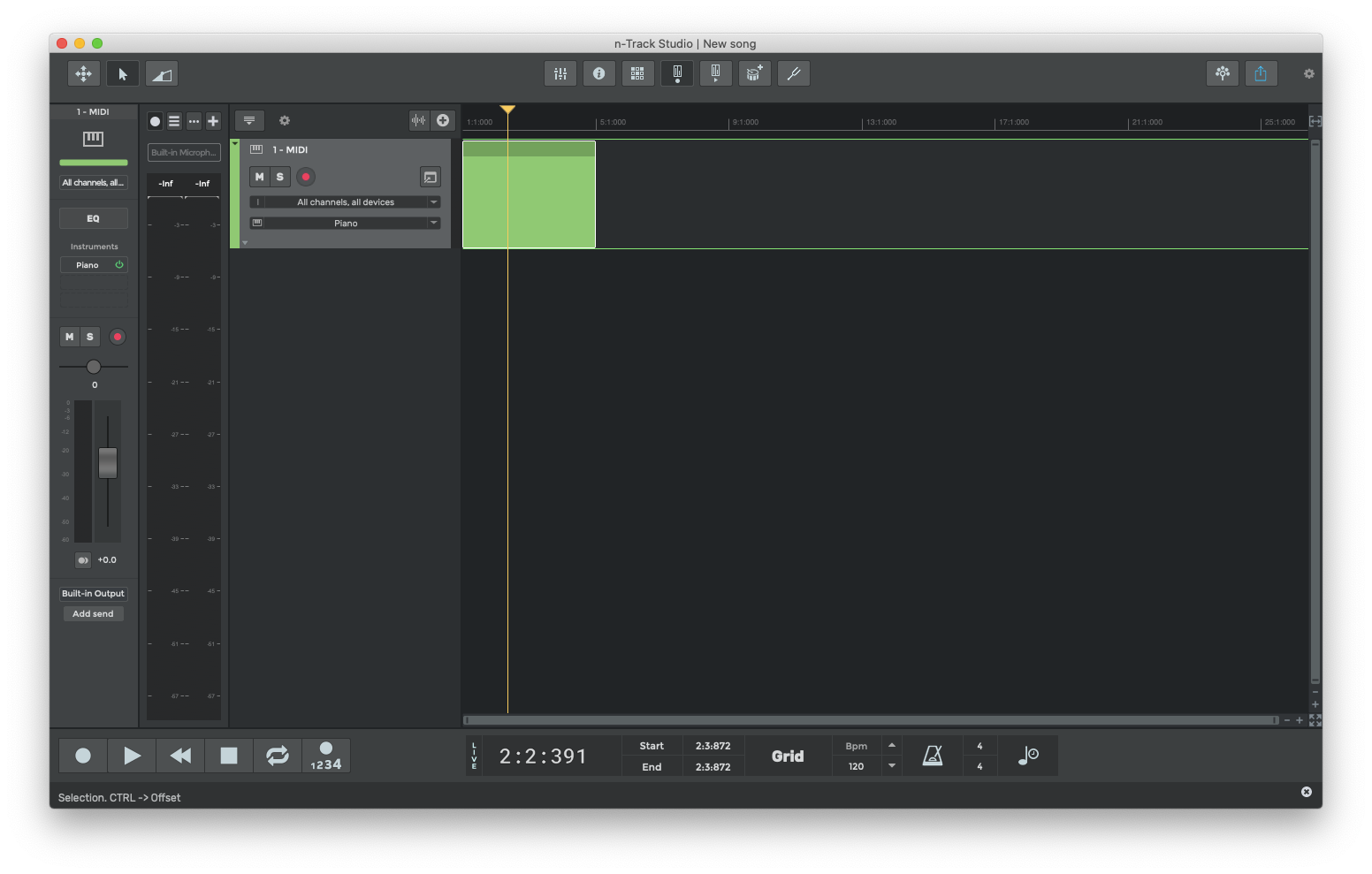 Overall, exploring n-Track Studio is pure pleasure: more freedom than the standard GarageBand without the difficulty and cost of Ableton. Perfect choice!

While selecting the best free music making software is important, it’s equally important to ensure that whatever tunes you create are going to be played appropriately. As most Macs are simply too quiet for all the intricacies of the music software, you need Boom 3D to make it all work.

Boom 3D is a system-wide volume booster and equalizer for your Mac. First, it features a variety of presets to make every genre sound as good as possible, by setting the right midtones, bass levels, and high-pitched notes. Second, it lets you surpass the default volume limit on your Mac to really get the maximum out of your speakers.

Finally, Boom 3D also acts as a nifty little music player that features over 20,000 radio stations from around the world and plays back tracks set in your specific preferences. 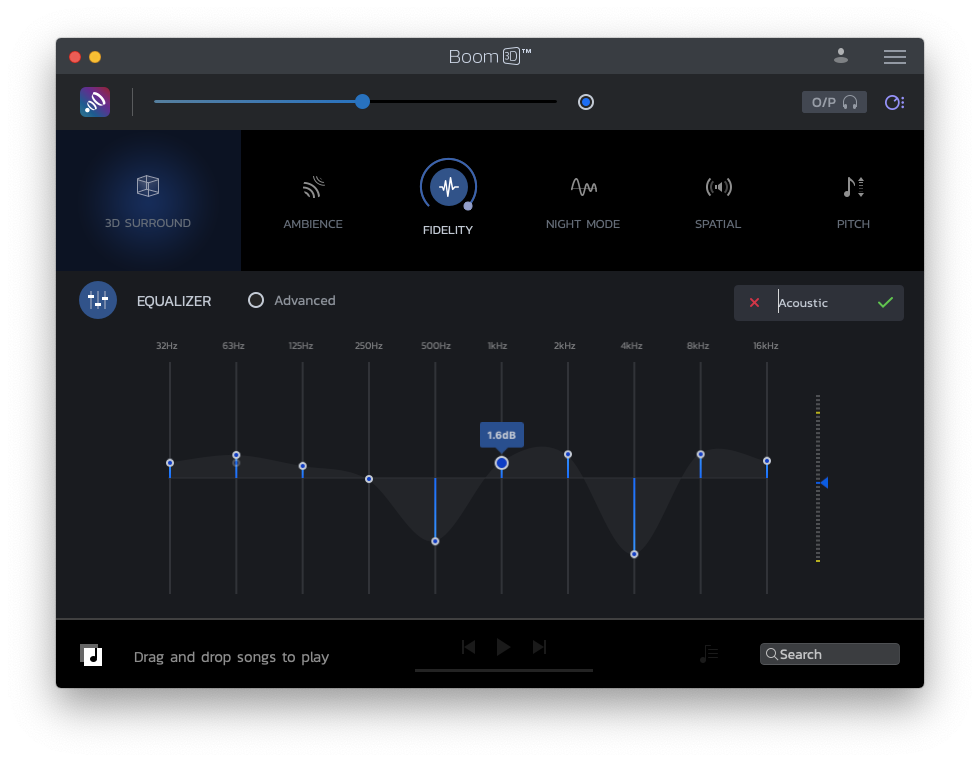 So, again, while choosing the best music production software comes down to your level of experience and needs, if you go for a mid-market product like n-Track Studio, you definitely won’t be bored for a long time. Just don’t forget to couple it with Boom 3D for an absolute killer of a sound.

Best of all, n-Track Studio and Boom 3D are available to you absolutely free for seven days during the trial of Setapp, a platform with over 200 apps for your creative self, from music making programs to film editing and drawing. Try Setapp today and unleash you creator spirit. It’s free, so why not at least try?