Replace Mac defaults and discover new gems in one suite.

Much like the smartphone market is divided between iOS and Android, so too are personal computers with Apple vs Microsoft. Each brand has garnered a loyal following over the past few decades, with many buyers citing the differences between systems with ferocious passion. The question remains: Windows or Mac? The battle of the brands will likely persist, but what drives such dedication?

If you’re in the middle of deciding which one to purchase, a rational look at a Mac vs PC comparison would be a prudent exercise.

Get Setapp for more macOS perks

If you’re not sure who wins the Mac vs PC battle, get Setapp, a curated software collection. Setapp has all the apps mentioned here, plus many more.

The Main Difference Between Mac and PC

The fundamental difference between Mac and PC extends to both hardware and operating system software. The hardware, or the physical components of the system, has become closer to parity over the past few years, taking advantage of all the advances in technology. However, Apple assembles and sells its own hardware to customers, whereas Microsoft licenses its Windows operating system to other vendors, such as Dell, who make their own hardware.

The real-life implication here is that Apple has a higher degree of control over how its systems look physically, ensuring its legendary design standards are upheld. The company also controls its system’s operational environment. On the downside, all this attention to detail comes at a price, which answers the question: Why are Macs so expensive?

Alternatively, Windows users have access to a wider variety of hardware configurations, including all the top performers, which makes it the best OS for gaming. However, once you log into the operating system, both Windows or Mac become much more particular.

Apple vs Microsoft for the best operating system

To make a long story short, the most noticeable difference between Windows vs Mac operating systems is their interface. Generally speaking, macOS is perceived to be a more simple, streamlined, and beautiful while Windows is more complex and feature-rich, with more customization options. Both PC vs Mac competitors have made strides to be accessible and approachable to all, however it’s worth noting some of the more granular differences:

The high-level difference between Mac vs PC often comes down to a matter of personal taste, however it could be argued that macOS is a more accessible experience overall, especially for casual users. 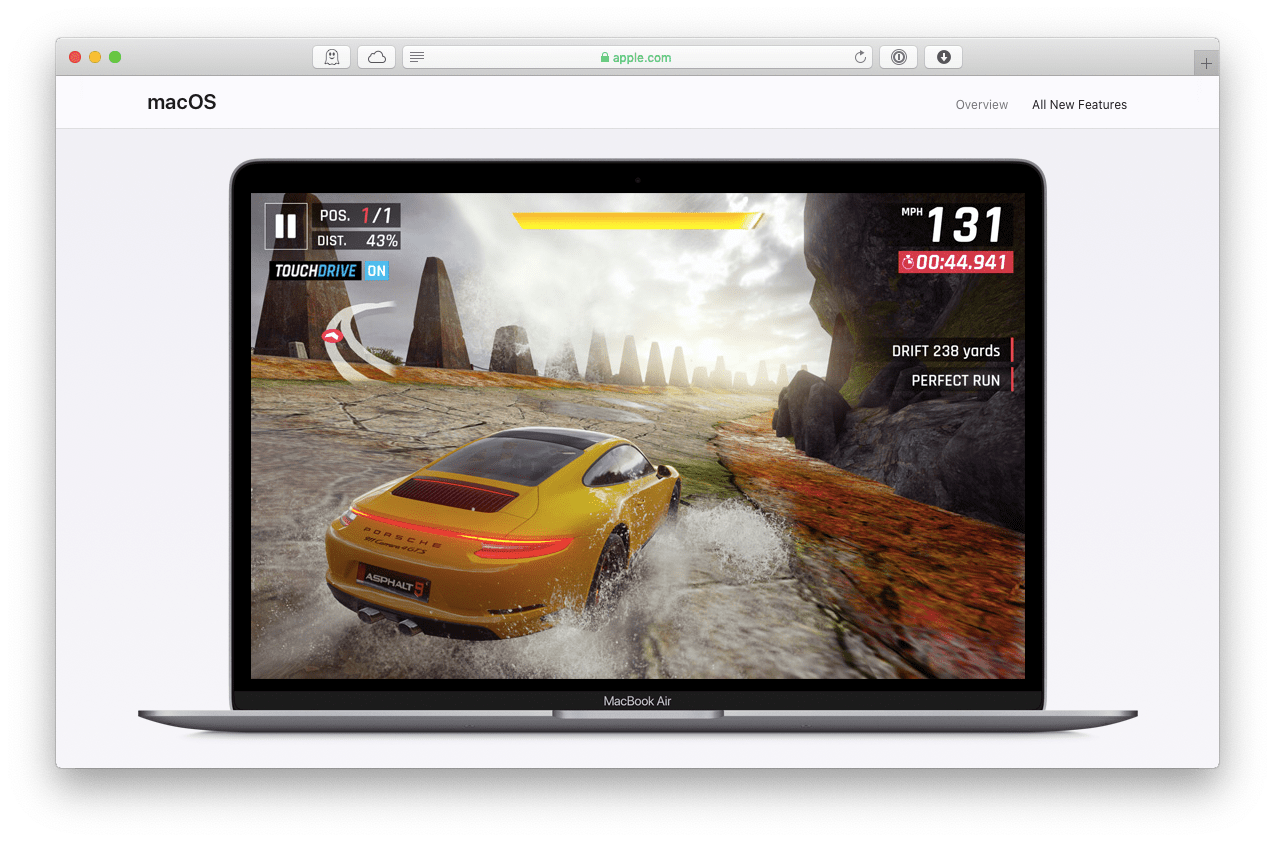 Over the years, Windows has seen a much larger frequency of malware, ransomware, and virus attacks than macOS. Most of it is due to the system’s innate vulnerabilities, but also to the sheer number of users that makes it a more attractive platform to attack.

Both Mac or PC operating systems have measures in place to combat such attacks, which are continually updated to keep users secure. However, professionals still recommend using third-party antivirus software on top of built-in functions to ensure overall security.

How else does Mac vs PC compare from a security and stability standpoints:

Despite the disparities between PC vs Mac, it’s important to remember that neither system is going to be 100% safe from all malicious attacks — that said, Apple users are protected somewhat by a lower frequency of attacks in general.

The best operating system for software

Both Windows vs Mac operating systems come out-of-the-box with their own software to help users make the most out of their devices. From word processing to spreadsheets and calculators, built-in software can manage most of the day-to-day tasks.

However, as we know, third-party apps unlock new levels of productivity and functionality. This is especially important when users are wondering: How long do Macs last? Both Mac vs Windows have countless options available to extend their usefulness and life — so many that it often makes discovery time-consuming and confusing.

If we’re comparing PC vs Mac for software, Apple users definitely have the advantage of using Setapp — an all-in-one subscription service that grants access to over 150 Mac apps to help users enrich their digital lives. Among those apps are lots of gems that should be part of any new macOS installation. 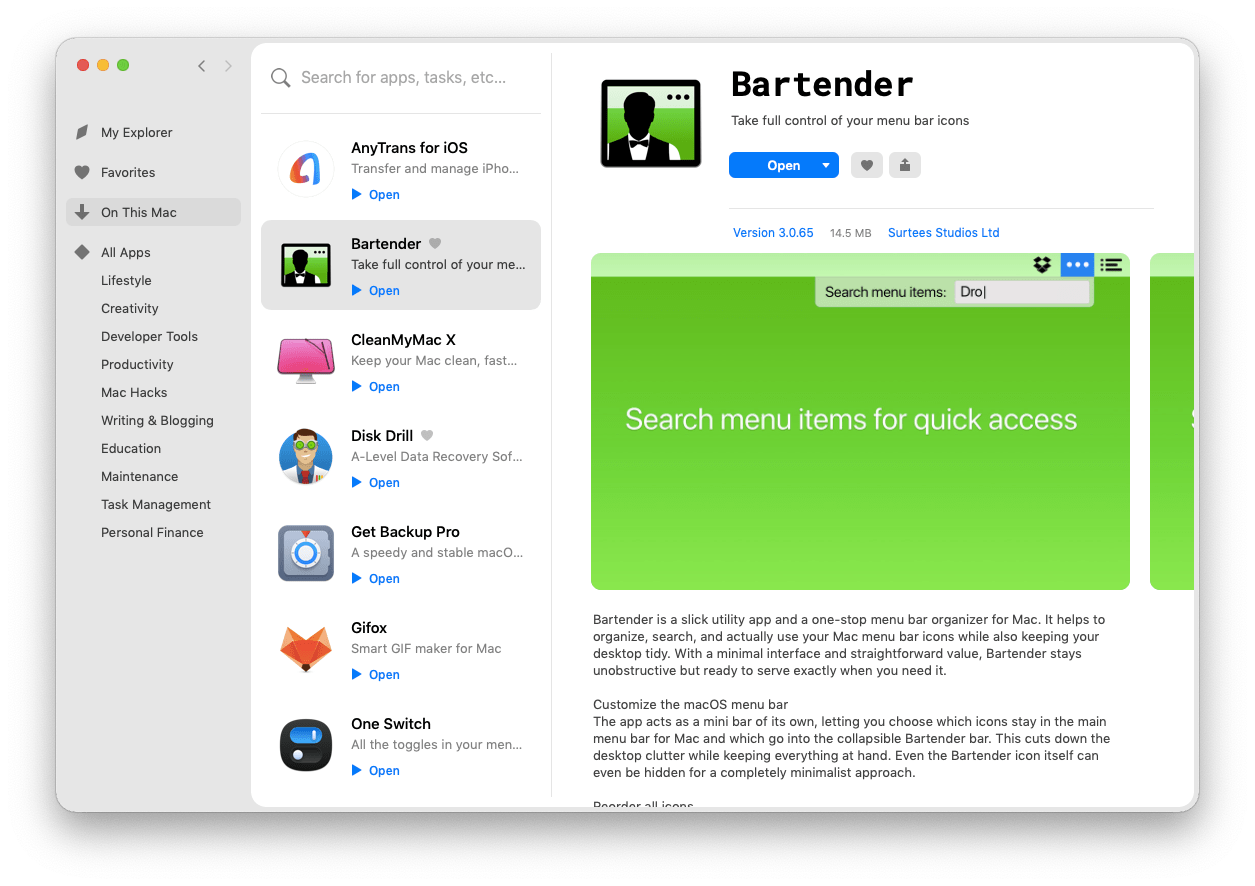 For example, CleanMyMac X is an essential optimization tool, which helps speed up your macOS and maintain its efficient use of resources. In just a few clicks, CleanMyMac X will run through a series of common and uncommon scripts to free up storage space, optimize settings, and have everything run smoothly. Users can also manage their privacy settings and caches for web browsers, and permanently delete any apps with all their associated files. 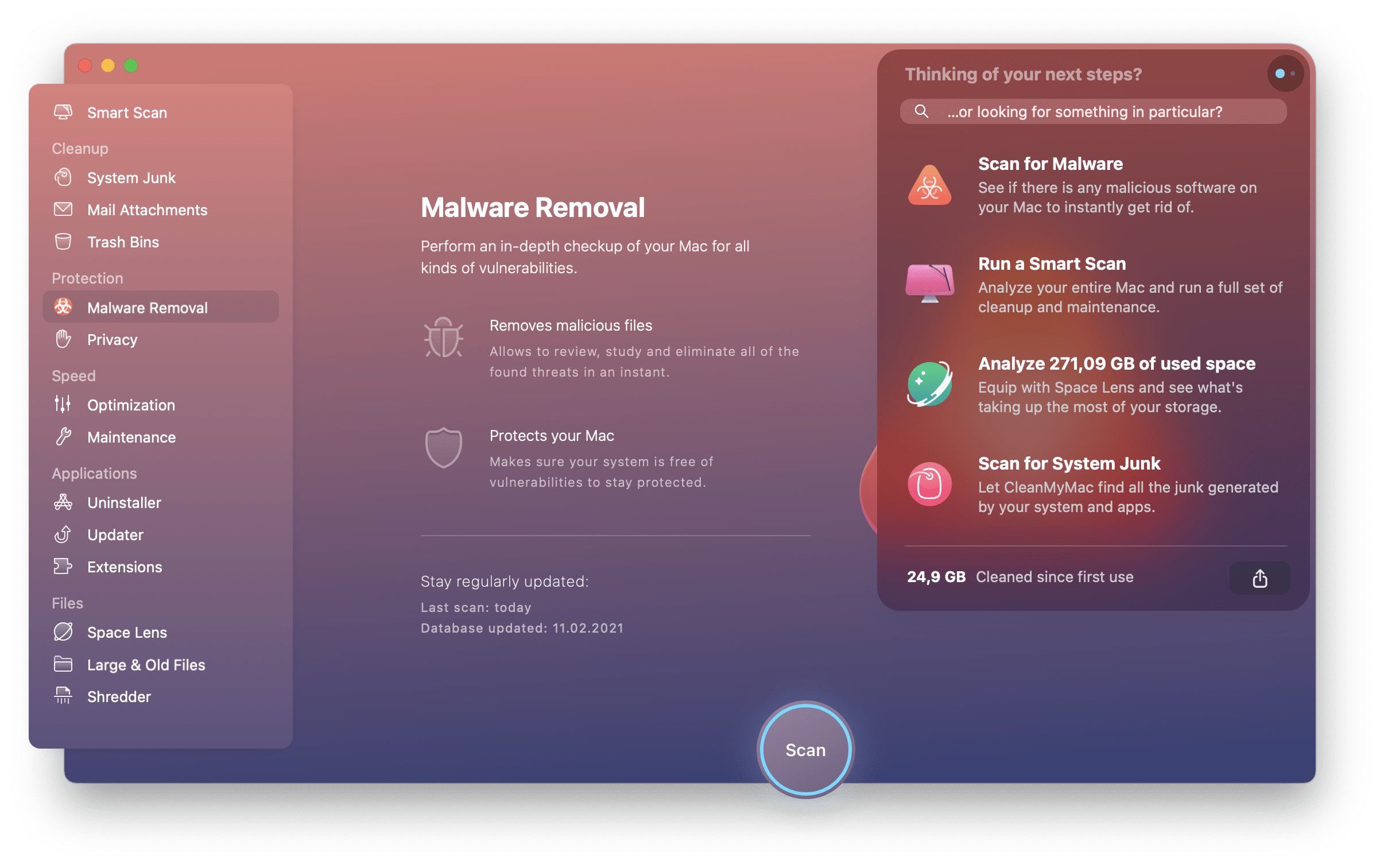 When it’s time to work, Ulysses is one of the best word processors around. The clean and simple interface lends itself well to high-focus writing, with plenty of tools available to have documents look perfect.

Use Ulysses to file-sync automatically with other Apple devices and export documents in any format you need. The productivity overview panel also tracks word count and other helpful statistics in real-time to keep you motivated. The only thing Windows has against Ulysses is Microsoft Office, sold at a much higher price point. 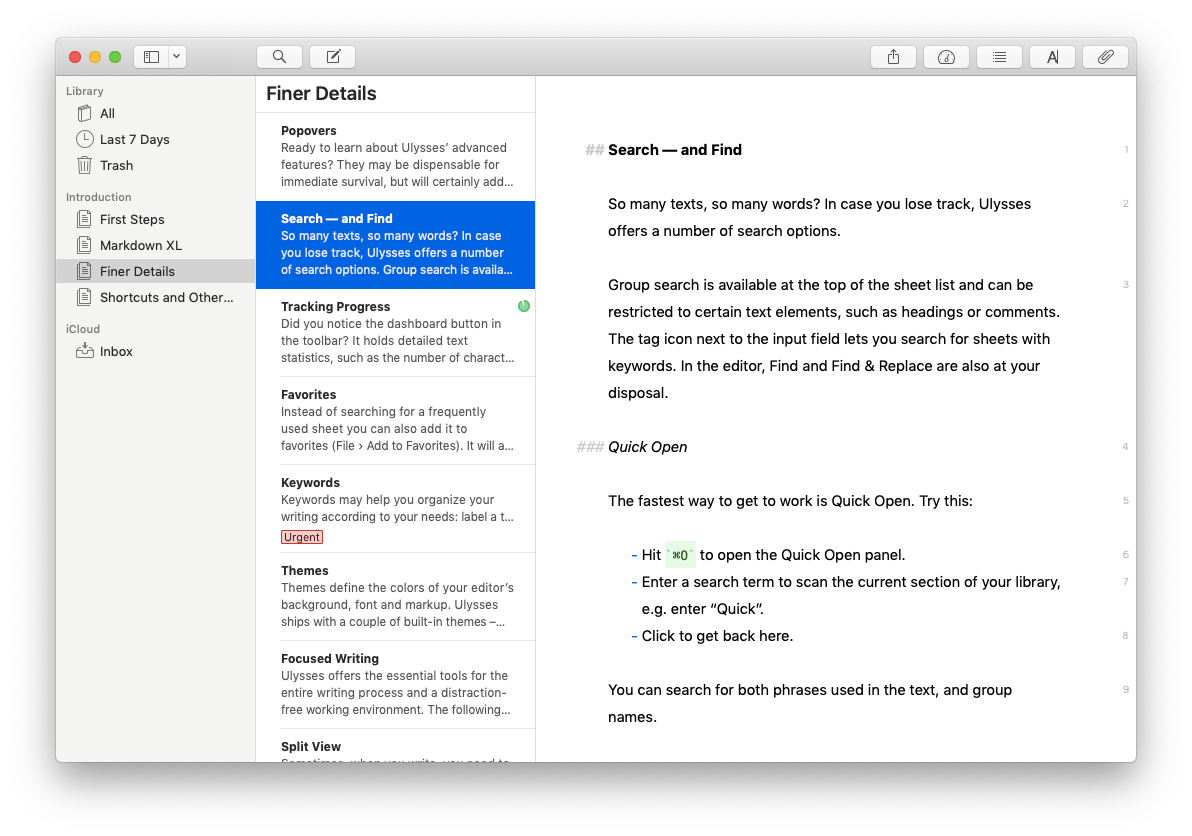 Navigating around macOS is fairy easy from the get-go, but apps like Bartender extend that functionality by allowing you to fully customize the menu bar. Users can quickly consolidate or expand their menu icons as they see fit, depending on whether they prefer a clean look or a full view of their menu items.

Bartender’s interface is unobtrusive and doesn’t distract from Apple’s overall look and feel. There’s even a search function to find any menu bar item quickly and easily.

This idea is taken one step further with One Switch, a menu bar integration which grants access to all of the common toggles within macOS. In one click, users can use switches such as Dark Mode, Do Not Disturb, desktop cleanup, and headphone selection. One Switch saves time and friction experienced when trying to dig into Apple’s system preferences to complete the task and makes users far more productive. 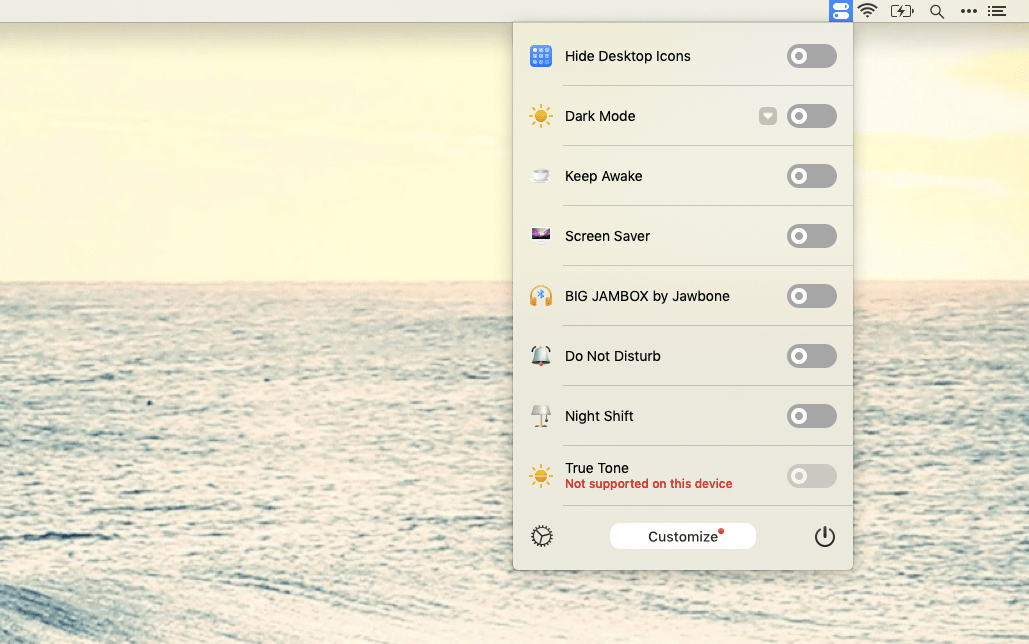 These are just a few of the numerous apps available on Mac operating systems through Setapp, which is what makes macOS much more appealing that Windows.

Best of all, the apps mentioned above are available for a free seven-day trial through Setapp. Simply sign up on the website to start. Now that the research to compare Mac vs Windows is complete, you should give each one a try. Warning: If you start with macOS you might not want to switch at all.